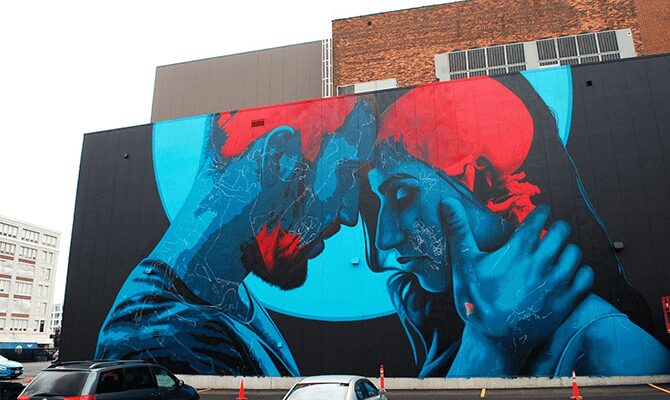 Public murals are the rage in Massachusetts. With numerous cities starting to host annual mural festivals, the number of murals in cities have grown exponentially in recent years. These colorful paintings and other artistic formats are executed directly on walls or other surfaces, and are increasingly hailed as creative expressions of our society, not just graffiti! They showcase a city’s rich history or reflect societal issues that the artist cares deeply for. Here is just a selection of some of the murals in Massachusetts.

Lynn
Beyond Walls Location: Throughout the City

As a part of its effort to revitalize and bring more people into the city, the city of Lynn is adding more color into its landscape by adding murals. As part of its initiative, the annual mural festival, Beyond Walls Festival, was created. During the festival, artists from all over the world come to Lynn to showcase their artwork. Since the festival’s creation, there are now a total of 46 building size murals that are spread throughout the city, mainly along Munroe St and Central Square. Many murals include historical figures who have lived in or are connected to the city of Lynn; giving the city’s rich history color.

Worcester
Location: Throughout the city 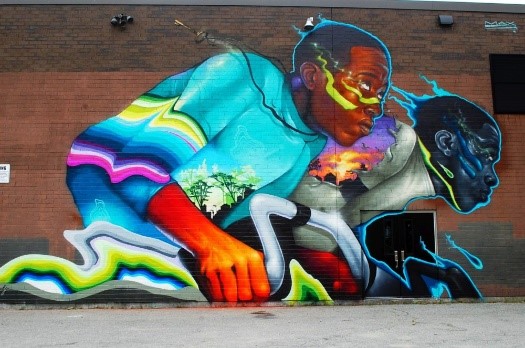 Ever since artists Che Anderson, Jessical Walsh, and Hank VonHellion brought the Pow! Wow! Street Art Festival from Hawaii to the city of Worcester, it has transformed Worcester into a very colorful and vibrant city with murals at almost every corner of the city. Go to Chandler St and Main St. for a good selection, which feature artwork of artists from all over the world as well as great local artists. 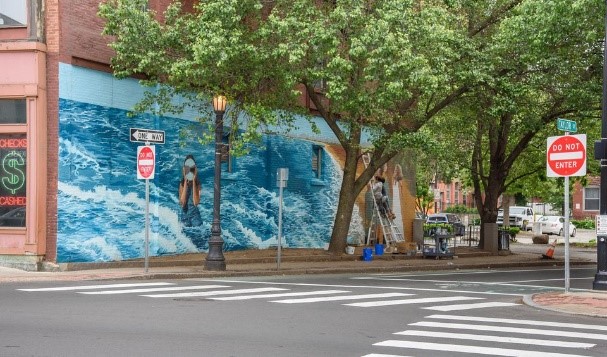 The city of Springfield has recently launched a $50,000 fundraising effort to promote murals and other artistic endeavors downtown. The project helped fund the creation of 10 large-scale building murals in downtown Springfield, and brought to life the Fresh Paint Mural Festival. From June 2-8, artists from all over the world, and members of the community, came together and brought color to the city. Some murals relate to the process of immigration, where one artist depicted the view Puerto Ricans see when they arrive in Springfield or any other city in the United States. 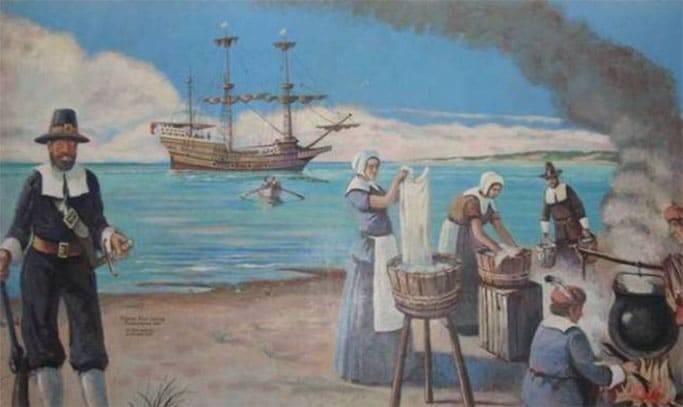 Provincetown was the go-to destination for people who lived in Boston and New York during the 1920’s. Due to the popularity, one individual decided to build an Inn at that far west end of Provincetown, where the Pilgrims first landed in North America. The Provincetown Inn is home to a number of murals created by local Cape Cod artists, depicting the life in Provincetown in the early 20th century. If you want to explore the history of Provincetown, this is a great place to start. 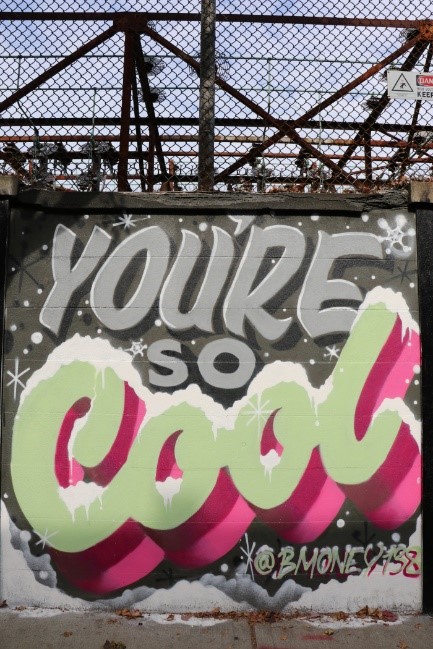 Other than it being the Halloween capital of America, Salem has much more to show than scary monsters and witchcraft. Murals within the city of Salem aim to bridge the gap between neighborhoods. Most of the murals are located along Congress St, Harbor St, Ward St, and Lafayette St. Some of the murals are so well done, it can easily be mistaken as a photograph! 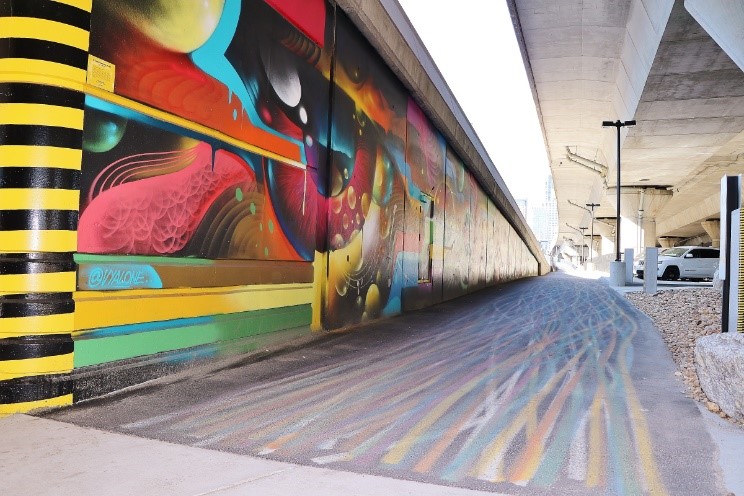 Located under the I-93 overpass near Boston’s South End, this place blends art, entertainment and beauty in the most unlikely setting. Multiple murals located within the park and by a variety of artists such as Cey Adams, Sneha Shrestha, Upendo Taylor and many more. Within the murals, you can find many landmarks that represent the Boston area, such as the famous Citgo sign and Fenway Park. Even if you get lost, you will find your way around the park by following the colored streaks that are painted on the floor that lead you to even more murals.