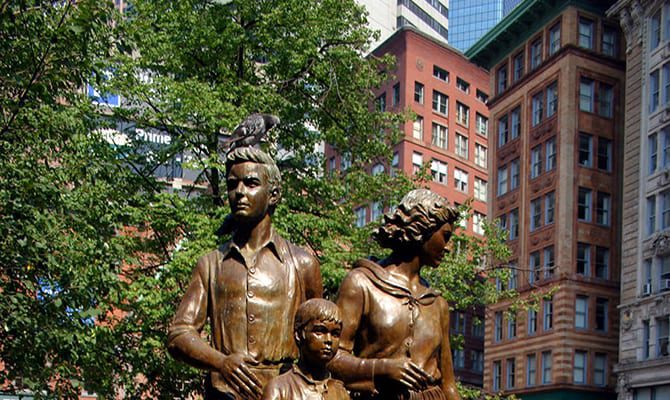 With nearly 22% of residents claiming Irish ancestry, Massachusetts has good reason to celebrate St. Patrick’s Day each March 17 and Irish Heritage Month throughout March.  This year, all parades have been cancelled, due to health and safety issues, but there are still plenty of virtual and actual ways to celebrate Irish culture and heritage, music and dance, literature and film, right here in Massachusetts.

The Greening of Massachusetts

For the past dozen years, cities around the world have been changing their night lights to emerald green to celebrate St. Patrick’s Day.  Here in Massachusetts, keep an eye out for public buildings, parks and bridges that have gone green. They include the Zakim and Longfellow Bridges in Boston, the Fore River Bridge in Quincy and the Burns Bridge in Worcester. In Boston, the Emerald Necklace Conservancy has lit up many of the parks bridges and pathways and will stay lit through March 31.

Each March, A St. Patrick’s Day Celtic Sojourn with GBB Host Brian O’Donovan brings together some of the world’s finest musicians, dancers and singers from the Celtic nations.  The series goes virtual this year from March 11-17, with live recorded  concerts from iconic concert halls, including Hanover Theatre in Worcester on March 11; the Shalin Liu Performance Center in Rockport on March 12; Sanders Theatre in Cambridge on March 13; The Cabot in Beverly on March 14; and the final show at the GBH Studios in Boston on March 17, St. Patrick’s Day. 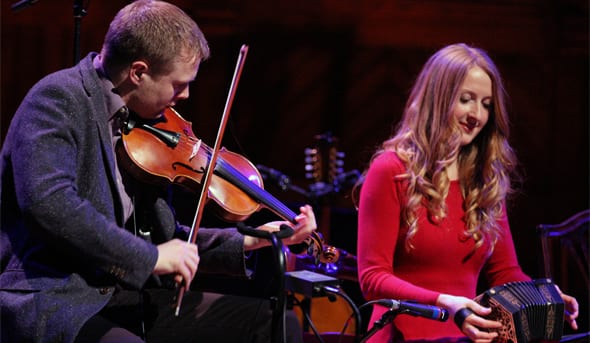 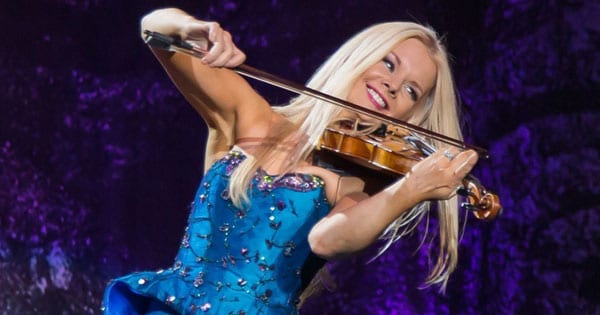 The Chatham Fiddle Shop on Main Street in Chatham, Cape Cod, is hosting free virtual Tuesday evenings concerts on Facebook starting at 7:30.  Owner, fiddle player and instrument maker Rose Clancy is joined by her dad, singer and raconteur Gene Clancy and friends each week for a night of jigs and reels, songs, poems and stories.

On March 17, the Irish Cultural Center of Western New England, located in Springfield, is having an evening of Irish music, song and fun, beginning at 7 p.m.  The Center’s regular musicians  Ellen Redman,  John Tabb and David Clopp will perform. Expect guest appearances by Irish speaker and sean nos singer Brigita Galagher, and poet Siobhán Ní Dhomhnaill, who will read her poetry in Irish and English.  The zoom event is free to all and registration is required.

On March 11, the Irish Consulate in Boston joins with The Here Comes Everybody Players for a virtual performance of Finnegan’s Wake Made Easy, a zoom performance filled with humor, humanity and linguistic playfulness that pays tribute to this masterpiece by Irish writer James Joyce.  Registration required.

This year’s popular Irish Film Festival Boston runs from March 17-21, and is totally virtual. #IrishFilmFest21 features 40 new Irish feature films, documentaries and shorts;  The films are scheduled in the traditional fashion, premiering at designated times during each day of the festival.

It turns out that the Irish and Scots-Irish have been in New England dating back to the 17th century, and have had a big impact on the region and on Boston. To learn more, take a self-guided tour of Boston’s Irish Heritage Trail, a walking trail of 20 stops that begins at the Rose Kennedy Greenway and ends at Fenway Park.  You can pick up a free map at the Boston Common Visitor Information Center on Tremont Street.

The John F. Kennedy Presidential Library & Museum is closed right now, but you can go online to learn more about the nation’s first Irish Catholic president and find out about his pride in his Irish heritage. 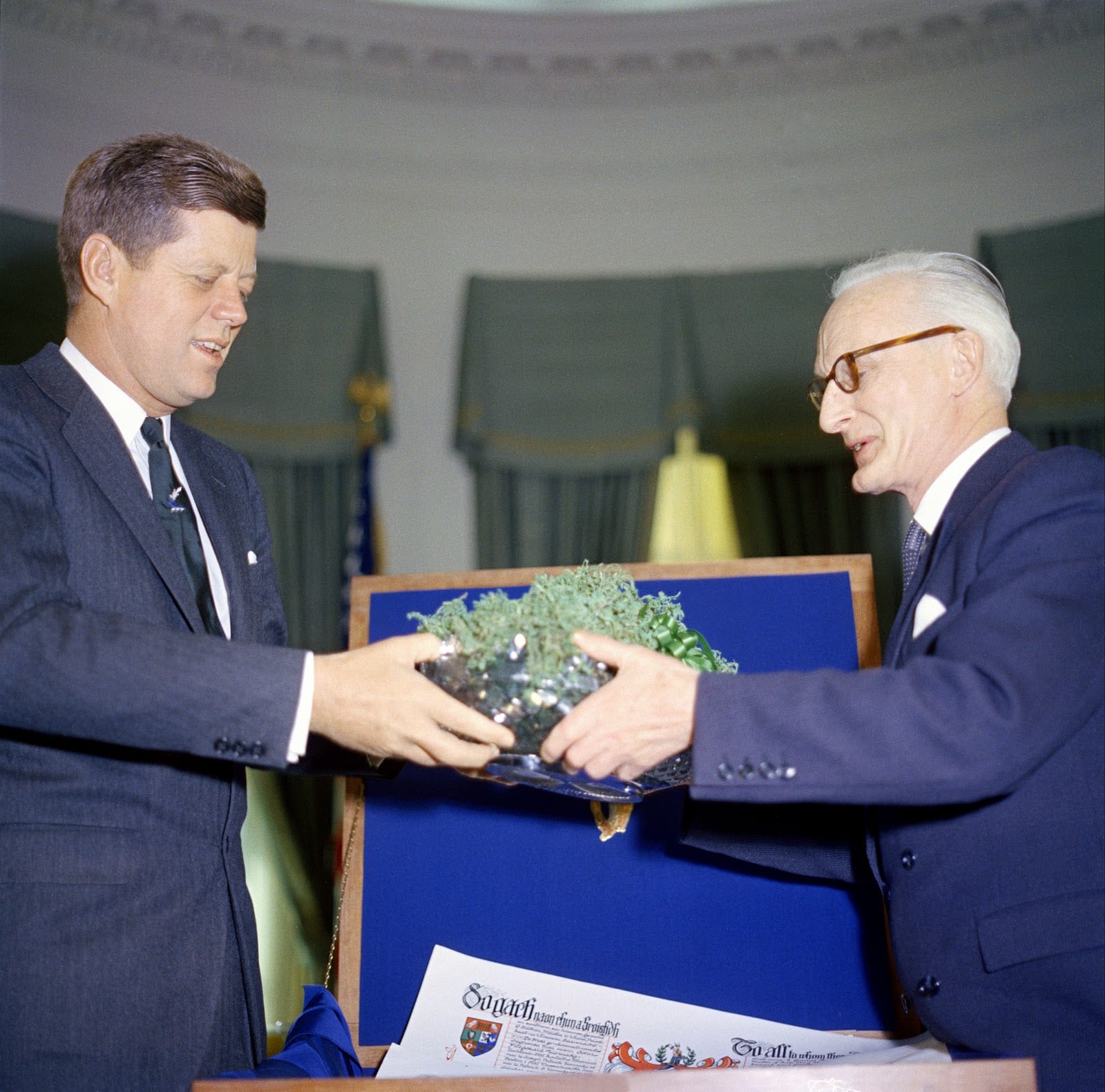 You can get more information about the Ireland-Massachusetts connections at Ireland’s Consulate General in Boston’s Back Bay, or by visiting IrishMassachusetts.com.

To visit Massachusetts any time of year, go to visitma.com