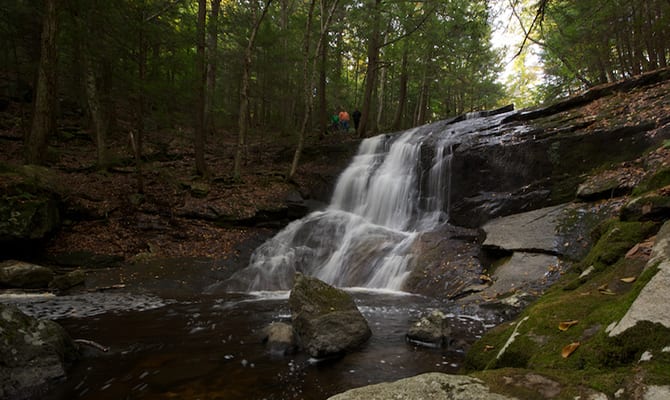 To anyone looking for some time away from city life and all that comes along with it, the towns of Western Massachusetts are a welcome respite.

Situated about equidistant from Boston and Providence, with New York City just an additional hour’s drive away, Western MA puts captivating scenery, top-tier arts and great local food within reaching distance of New England’s major metropolitan centers. While Northampton and Pittsfield are household names in this part of the Commonwealth, there are also a number of more removed towns that are excellent for an escape.
Route 112, which runs north-south from the Vermont border to Huntington, MA, snakes through several of these towns, taking travelers on a back roads trip that includes a unique set of sights and scenes.
What might one find during passage along this scenic byway? Let’s take a look. 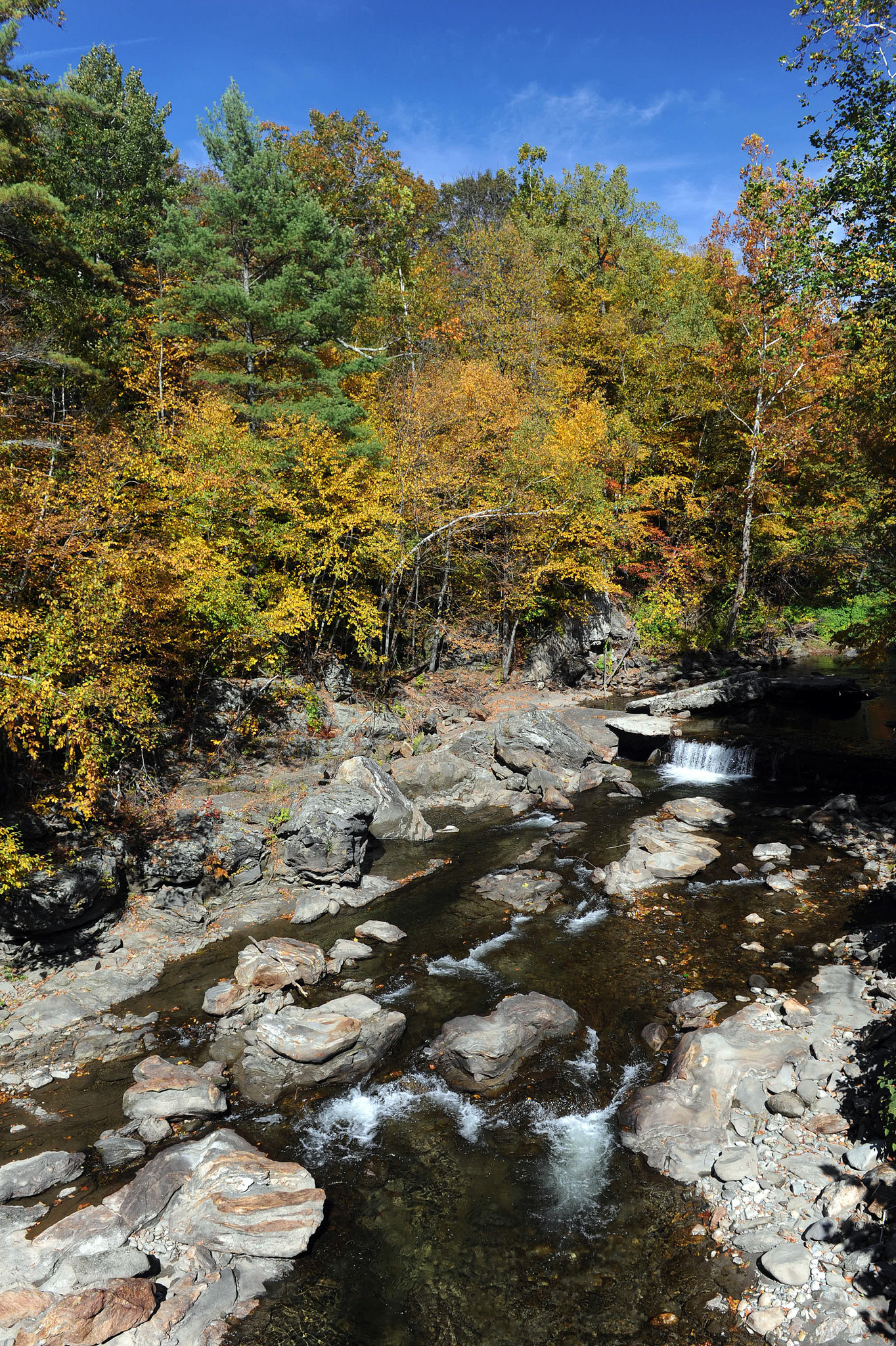 Colrain
Just about brushing up against Vermont, the town of Colrain is located less than 20 miles from the border and it marks the northern pole of Route 112. Colrain was actually named “Boston Township No. 2” after its settling in 1735; a decade of inhabitance produced official incorporating and a new name, which is the one used today.
While small, this town of around 2,000 is an effortlessly charming place to find some down time. Colrain has a history as an artists’ haven, which will come as no shock to visitors. The town’s pastoral appeal helps make it home to photographers, designers, jewelers, woodcarvers, metalsmiths and other artists, whose work can be explored either by appointment or during the annual Crafts of Colrain studio tour. 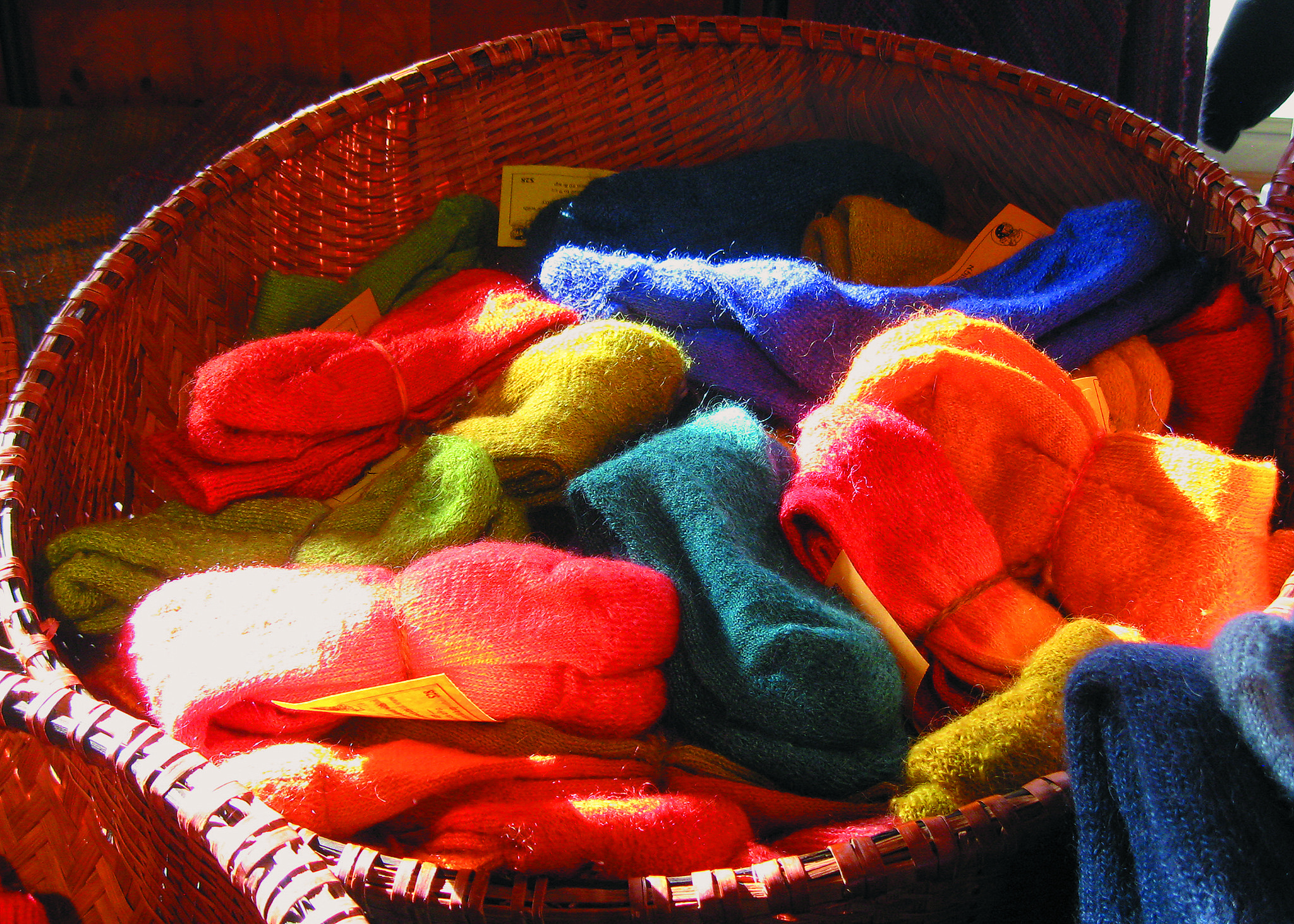 One sight of note in Colrain to history and architecture fans is the Arthur A. Smith Covered Bridge, the only Burr truss bridge left in Massachusetts. The bridge, which was constructed in 1869 and is listed in the National Historic Register of Places, is accessible by car. While driving around Colrain, keep your eyes peeled, too. You just might see some patriotic cows! 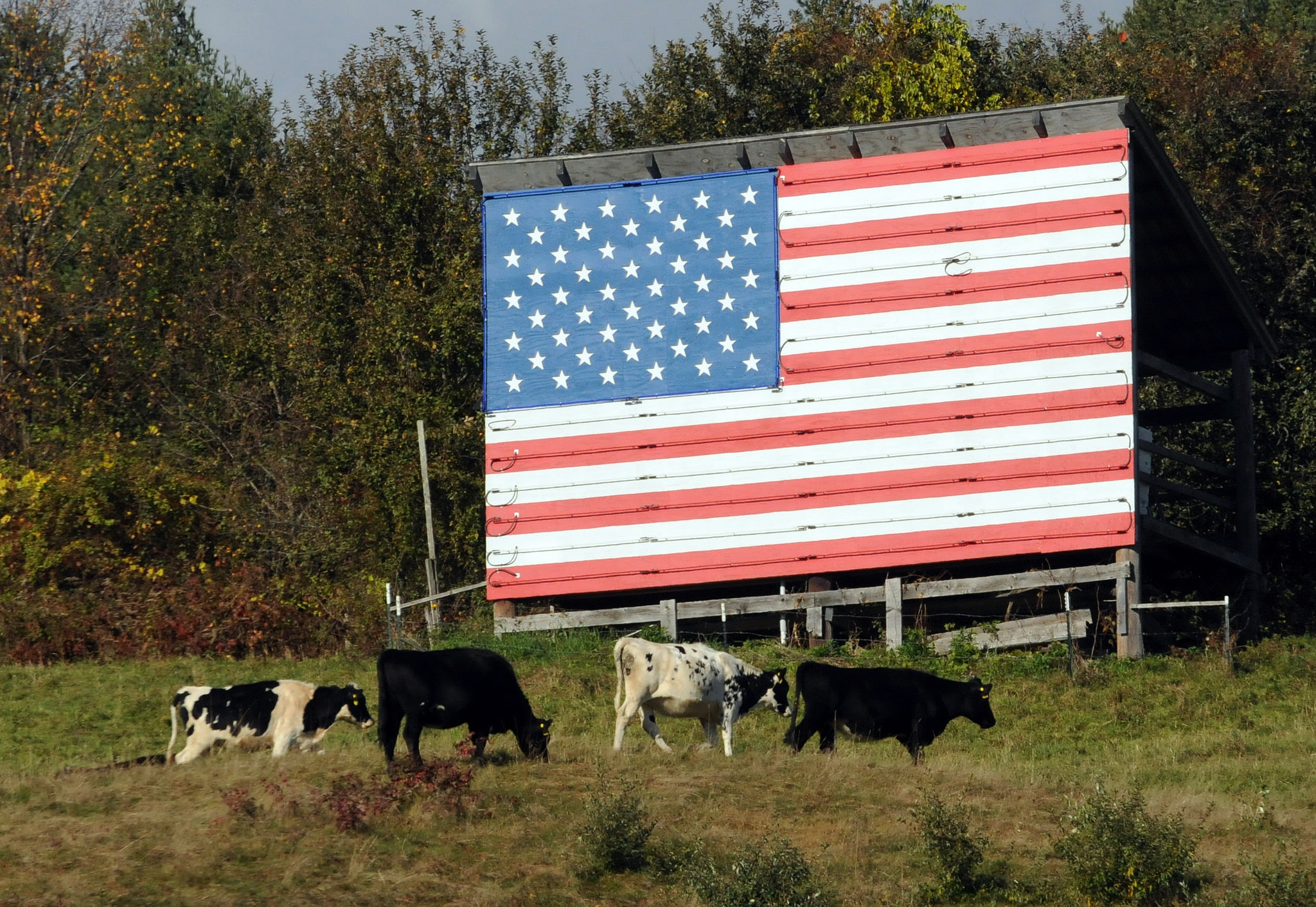 Photo: Cows on the Colrain countryside

For overnights in the area, the High Pocket Bed & Breakfast is situated atop a local knoll, and has some equine residents that families can horse around with. The Olde Cary House B&B is another tranquil and affordable option, featuring four bedrooms to choose from.
Ashfield & Cummington
Heading south, the towns of Ashfield and Cummington will soon come into view. One of the things that makes Ashfield, which is similarly sized to Colrain and was established right around the same time, stand out is its unassuming but truly top-notch Double Edge Theatre. In a state with no shortage of elite performance centers and groups, this theater is a unique one, offering shows inside and outside throughout the year. You can find more info on the performance center, its shows and more here.
To enjoy some fresh air, it’s a good idea to earmark time for Chapel Brook and a hike up Pony Mountain. The mountain itself isn’t imposing in terms of height, but the trail is no picnic, taking at least an hour or two for hikers in good shape. The Chapel Brook reservation is best known for Chapel Falls, found near the foot of the mountain. At the falls, a series of steep turns cause the otherwise placid river to rush, making for an awesome scene and some cool pools good for a dip on hot days. 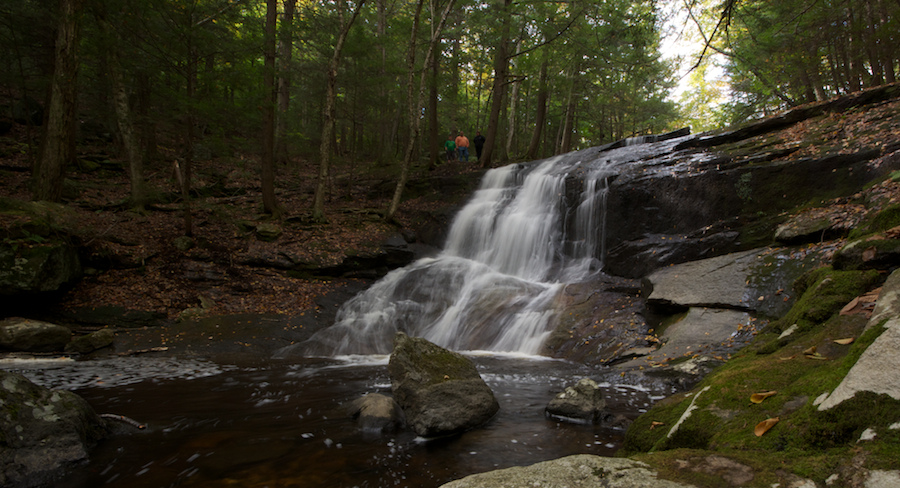 Cummington, another town on the smaller side, is a few miles west along Route 9 on the way down, but also has something special to offer. There, visitors can find the boyhood home of William Cullen Bryant, one of the 19th century’s most celebrated poets and influential editors. Nearly 150 years after the Cummington native established himself as a leading voice in favor of religious freedom and against slavery, travelers can walk around the homestead and take in the scenery that inspired Bryant. Tour times do vary, so for those interested, make sure to call ahead and inquire.
To sleep over nearby, The Inn at Norton Hill is comfy and convenient, featuring three colorful rooms and Elmer’s Shop across the street for breakfast. Cumworth Farm is another fine B&B in Cummington, where patrons are even treated to a gazebo-covered hot tub!
Goshen, Chesterfield & Huntington 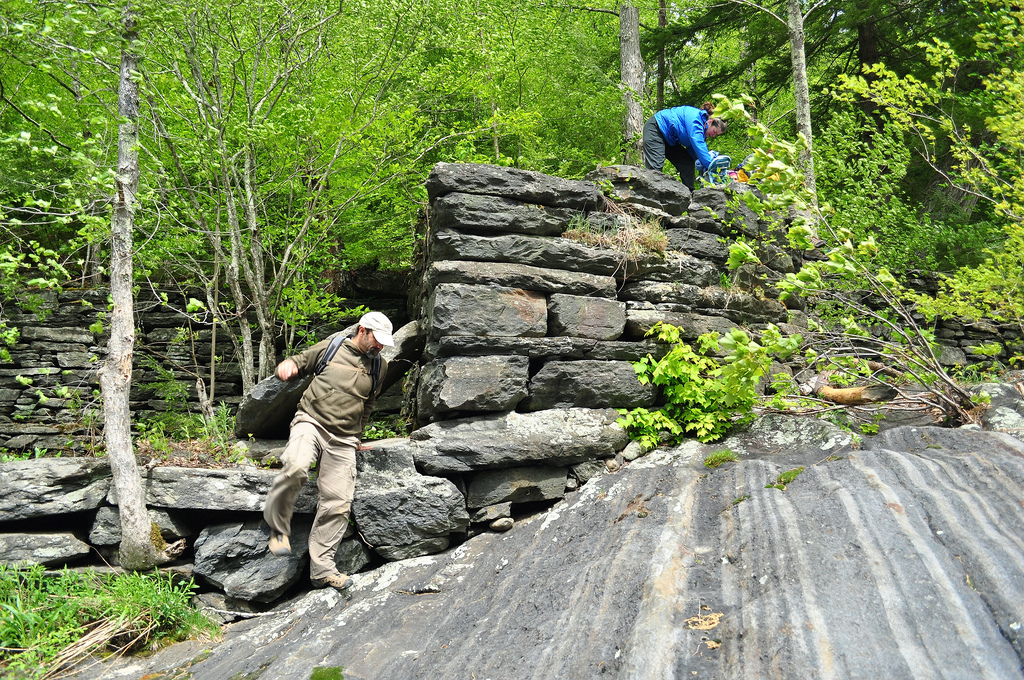 The southernmost leg of Route 112 covers Goshen, Chesterfield and Huntington, three towns that have all sorts of activities to offer for outdoor enthusiasts. Between the trio, there’s DAR State Forest, C.M. Gardner State Park and Chester-Blandford State Forest, each of which gives passersby the opportunity for hiking, boating and fishing. D.A.R. State Forest and Chester-Blandford State Forest are both well suited for adventurous bikers, who can spend some time on Route 112 itself, too, if they’re up for a real challenge.
At the end of the trip, or the very beginning for those striking out from the southern part of Western MA, 1886 House Bed & Breakfast and The Seven Hearths Bed & Breakfast provide a place to rest.
If you’d like to learn more about the various scenic byways that cut across Western Massachusetts, you can do that here. For a look at what there is to do all along the way, just click here.