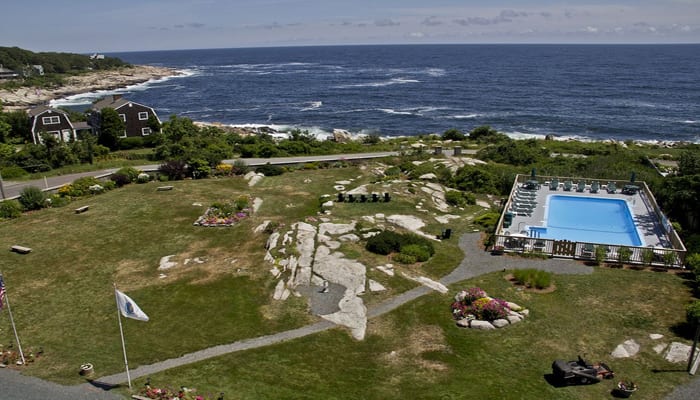 To many Massachusetts residents and visitors, the North of Boston area is well known for its seafood, coastline and history.

The Cape Ann peninsula, which includes Gloucester, Essex, Rockport, Manchester-by-the-Sea and the easternmost edge of Beverly, is particularly rich in these qualities, counting some of Commonwealth’s most historic attractions and buildings within its boundaries.
Few places bring these elements together like Emerson Inn by the Sea, Rockport’s iconic grand hotel that has been welcoming visitors in one form or another since the mid-19th century. For anyone traveling to the area and looking to take in an authentic Cape Ann experience, an overnight or two at Emerson Inn will make for a most memorable stay. 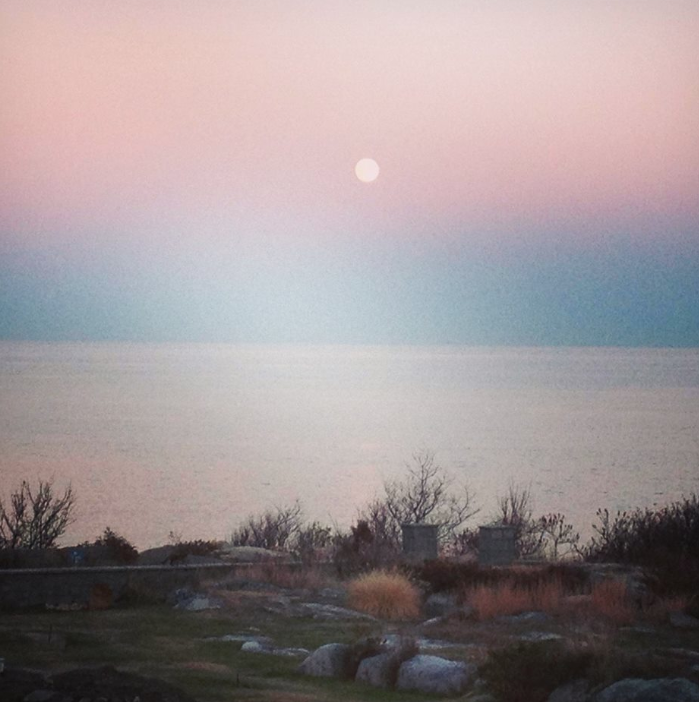 Photo: A sunset view from the porch Emerson Inn by the Sea via Facebook

The Story
Emerson Inn by the Sea has its roots in Rockport’s Pigeon Cove, where former tavern businessman William Norwood opened “The Pigeon Cove House” in the late 1850s. Thanks to its stunning surroundings and accessibility, the house quickly established itself as an enviable vacation destination, drawing in clergy, poets and many other manners of redoubtable guests.
After changing hands and location during the next few decades, the inn reopened as the Hotel Edward in the early 1900s and truly made a name for itself. So fine was the inn’s reputation that the famed transcendentalist Henry David Thoreau brought his contemporary Ralph Waldo Emerson up for some hiking and a stay. Emerson would fall in love with Pigeon Cove and return several times with his family, and in the 1960s, the inn took the name of its celebrated guest, which it has kept ever since.

Photo: Looking out from Emerson Inn by the Sea via Facebook

The Amenities
These days, the inn keeps the best of what’s always been special about the area and adds a few modern accouterments to make it even better. The Emerson Inn by the Sea has an appealing mix of 36 charming guest rooms, which alternatively offer different options for bed size, bathtubs, views and more. The rooms do come with wireless Internet, air conditioning, TV and more, which you can explore in full here. For special occasions, there are rooms with enclosed balconies and spa tubs, too.
Without a doubt, The Grand Cafe is one of the best things about Emerson Inn; the café certainly isn’t the only place you can dine by the water but few restaurants have a view to match this one. Breakfast and dinner are both on the menu, with fresh seafood often being the star of the latter. The Grand Café also maintains an extensive wine list, with more than 100 selections, as well as local ales and spirits. For a casual bite during the daytime, the Parlor Restaurant has patrons covered, serving up fare from the ocean and the land. 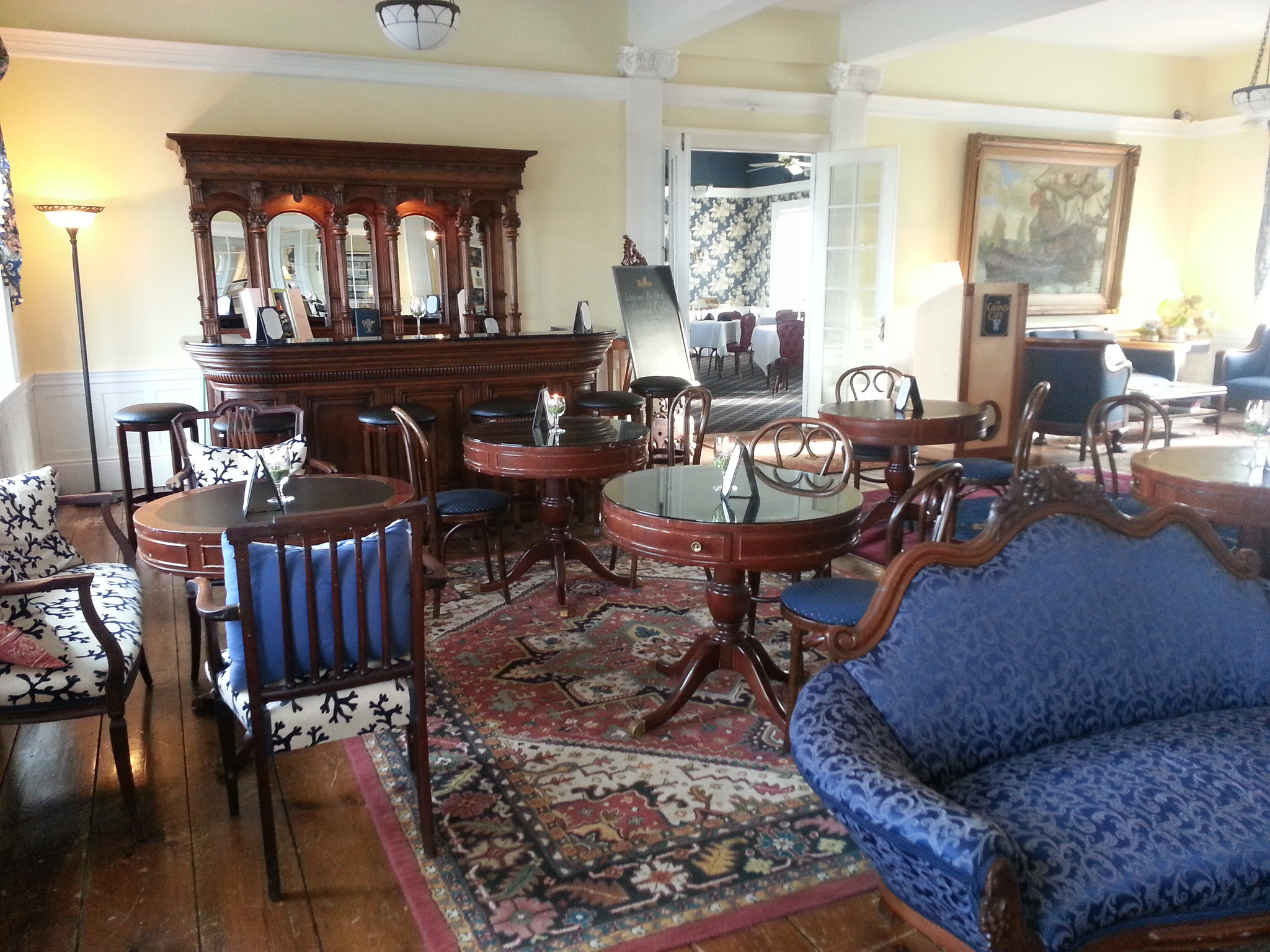 Photo: The Parlor Restaurant at the Emerson Inn by the Sea

The Area
Just a short drive south from the inn’s walls and grounds, visitors will encounter downtown Rockport, an immensely charismatic Cape Ann town. Rockport is home to a number of artists, as well boutique shops, many of which are located in Bearskin Neck; Bearskin Neck is known throughout the region for its unique crafts, including paintings, photography, jewelry, sculptures and more.

Beyond Bearskin Neck, Rockport also has Halibut Point State Park and a variety of beaches, all of which are gorgeous spots to spend the day outside. And to enjoy a night out, check the schedule of Rockport Music, which hosts performances and shows throughout the year. 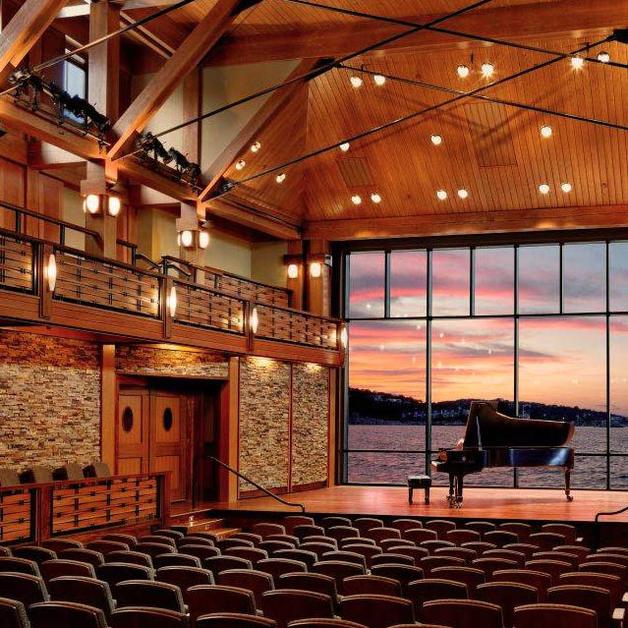 To learn more about Rockport and the rest of the North of Boston region, click here. For ideas on what to do during your time there, click here.
Which historic Massachusetts hotel would be first on your list for a visit? Tell us below in the comments!