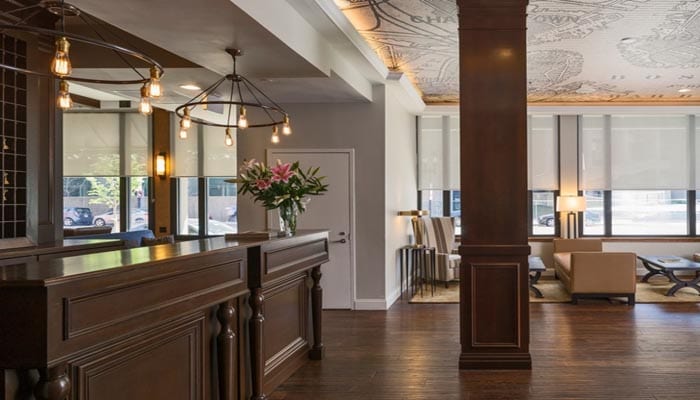 Bounded by North Washington, Market, Merrimac, and Causeway Streets, the Bulfinch Triangle is a tiny and bustling corner of Boston that has seen major investment in recent years.

Along with its mix of great bars and restaurants, it’s also home to the TD Garden and in 2015, the new world headquarters of Converse will open at Lovejoy Wharf. The area is named after noted architect Charles Bulfinch, who helped plan the layout of the area in the early 19th century and its streets reveal something new around every turn.
While many just pass through the Triangle briefly on their way to work, it’s worth settling in for a night or two to take in a few of the local attractions.
On the Corner, A Boxer Of Note 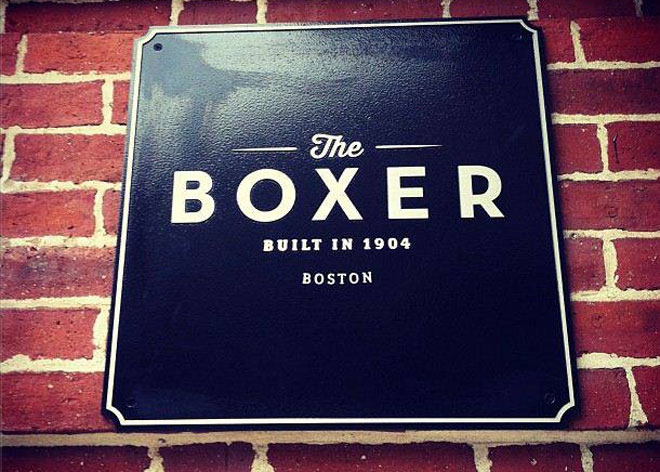 With its gentle curves that mirror the unique street pattern of the Triangle, the Boxer Hotel is a hotel with an abundance of creative touches and unique differences. For starters, no two rooms are exactly alike.
As you step in the lobby, look up: Yes, that is a wonderful historic street map of Boston and environs displayed prominently (perfect if Google maps fails you later, no?) The nod to Boston history here is most welcome and a sitting area is a great place to just relax and take a look at one of the design books out on the table.

Design Books While You Sit, Perhaps?

And next, you’re up to your room, where you’ll find lovely views of the city and the urban fabric, along with design touches like open frame wardrobes, gold medal pendant lamps, and more. You’ll also find the usual helpful amenities, such as a 32″ flat screen TV, an iPhone docking station, and WiFi. Of course, along the journey to your room you’ll notice different nods to the “boxer” theme along the way (hint: some are of the canine variety and others have a pugilistic presence) 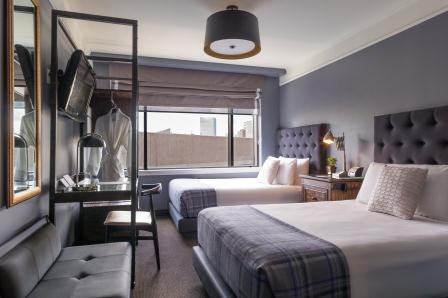 One of the Boxers at the Boxer

If you can’t run along the Charles during your visit, you can also just take the elevator downstairs to their fitness center, which includes a treadmill, a stationary bike, an elliptical machine and some free weights. It’s a nice resource to have on property and it’s a perfect way to jumpstart your morning.
West End Stories 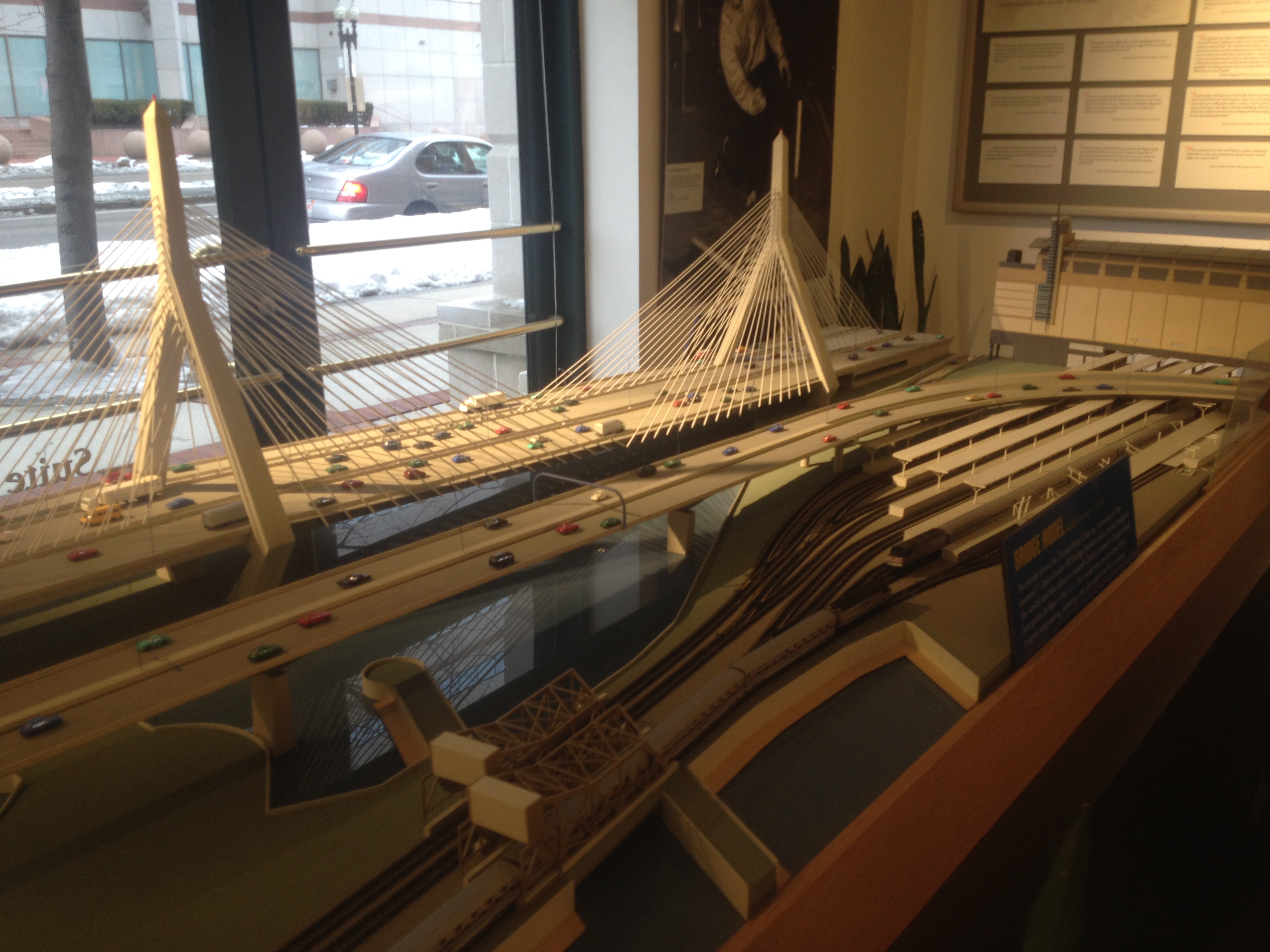 A model of the Zakim Bridge at the West End Museum

The area around the Bulfinch Triangle has a fascinating history and the nearby West End was once a thriving and bustling warren of 19th century buildings packed with people who celebrated density and diversity through their many community organizations and activities. The West End was largely bulldozed as part of a vast urban renewal project in the late 1950s and early 1960s, much to the dismay of local residents.
Today, the West End lives on in the West End Museum, which is open Tuesday through Friday from 12 p.m. to 5 p.m. and Saturday from 11 a.m. to 4 p.m. The museum has some great exhibits featuring stories from local residents, historical items, as well as a full calendar of talks, lectures, film showings, and much more. Anyone with an interest in urban history will want to stop by and visit.
From the Braves to the Beanpot
Located inside the TD Garden, the Sports Museum is a tour through a century plus of Boston sports lore and legend. It’s just a short walk from the West End Museum and it’s located on Levels 5 and 6 of the Garden. It’s a veritable cornucopia of items, including the original stuffed bear cub that used to grace the offices of Bruins owner Charles Adams and a wonderful case of items that looks at the history of women’s basketball uniforms. 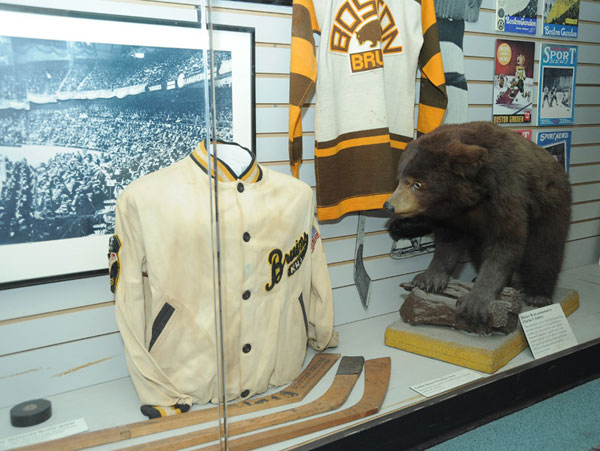 A Bruin in the Garden

Also, there’s a great exploration of Boston Braves history documenting their 80 decades in the city before they moved to Milwaukee in 1953. Make sure and check in on their hours of operation here, as they are closed for certain TD Garden events and holidays.
Tips & Taps

After an afternoon of museum studies and contemplation, you’ll definitely be want to wander up Staniford Street to 138 Cambridge Street to the Tip Tap Room. Chef Brian Poe opened up this restaurant in June 2012 to showcase a range of “tips” and “taps.” On the tips side of things, standouts include the turkey tips (pictured below), which feature a sage-peppercorn marinade and cranberry fennel slaw. Of course, there are sandwiches and burgers on offer as well, and the antelope meatload sandwich with cranberry jalapeno au jus is excellent. 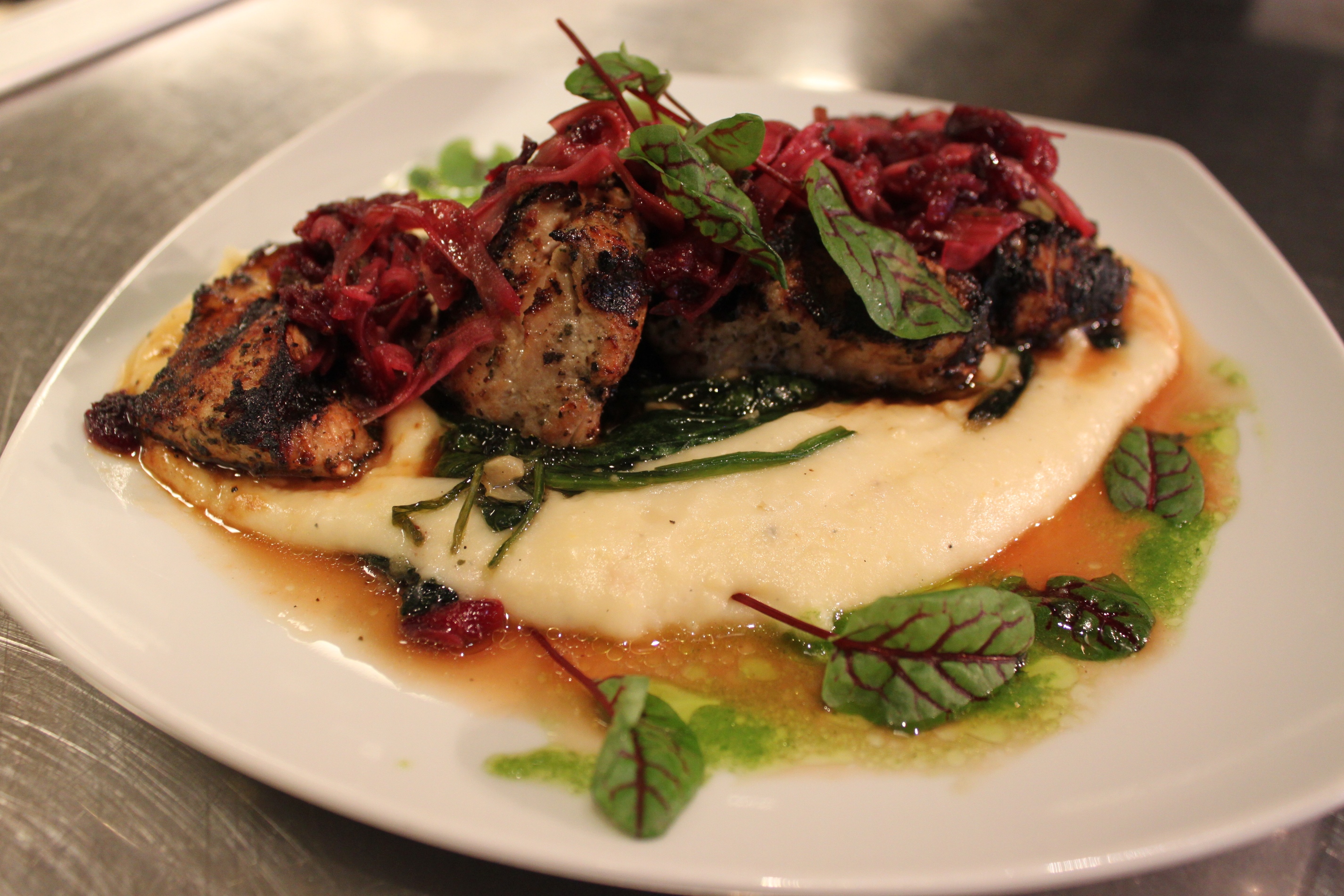 As one might expect, the taps rotate quite frequently, and there’s always a few local favorites, with quality quaffs from Trillium, Jack’s Abby and Mayflower among the offerings. Lunch is a bit more down-tempo here and at night things are quite busy, so come early, especially if you have a larger group.
Cocktails & Conversation 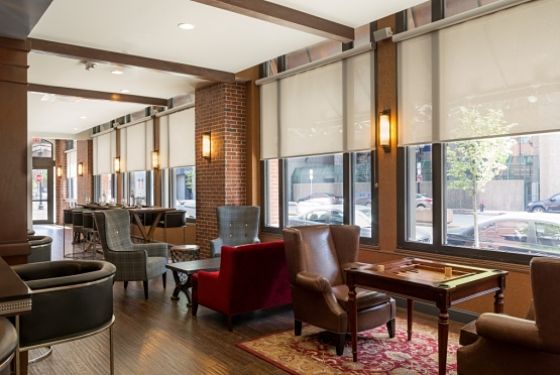 After walking your way back to the Boxer, why not celebrate the violet hour with a drink at Finch? It’s just off the lobby and they serve up a wide range of craft cocktails. My vote goes to the Finch Garden, which weaves together Bulldog gin, rosemary syrup, dry vermouth and a candied carrot garnish. If you find yourself desiring a bit more to nosh on, they’ve got you covered there as well.
Max Grinnell is a writer based in Cambridge, MA, who writes about cities, public art, geography, travel, and anything else that strikes his fancy. His writings can be found online at www.theurbanologist.com and he tweets over @theurbanologist.