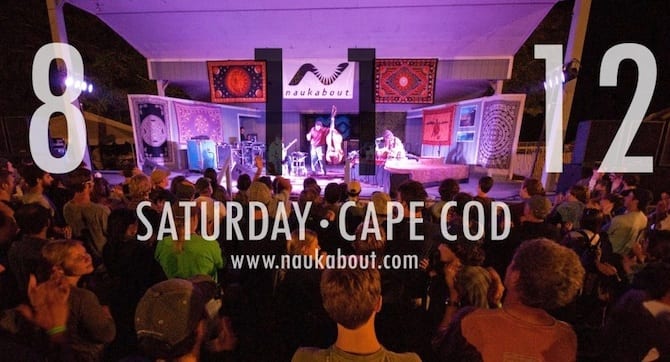 If you’re looking for a summer event that’ll get you outside, expose you to some great music, and quench your thirst, we’ve got the festival for you – the 2012 Naukabout Music Festival!
Over the last few weeks, here on MassFinds, we’ve featured some of Massachusetts’ fantastic outdoor music scenes; from our roaring jazz festivals to the Gloucester Blues Festival, Massachusetts boasts an outdoor festival for the likes of all genres, in virtually every region. Today, we’ll feature Cape Cod. 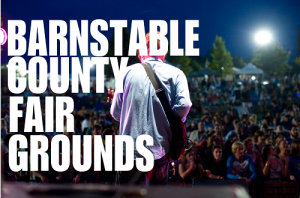 This Saturday, August 11th, from Noon to 10:00 PM, the 2012 Naukabout Music Festival will host a variety of gifted musicians, as well as a collection of local artists, craftsmen, and family-friendly activities, with a portion of proceeds from activities and concessions benefiting this year’s charitable partner, the Boys & Girls Club of Cape Cod.
Now, you might be asking yourself, “What does Naukabout mean?” Born on the beaches of Cape Cod, Naukabout was inspired by the simple things in life – originating from three brothers and their father. After a hard day of doing the things they had to do, they would change out of their ‘workabouts’ and put on their ‘naukabouts.’
In other words, Naukabout is about doing what you love at the places you love!
This year’s lineup of artists certainly does not disappoint; the Ryan Montbleau Band, last year’s headliner, is returning to play again on the main stage, which will also play host to a variety of artists, including the likes of John Brown’s Body, the Adam Ezra Group, the Dune Billy All-Stars, and Dub Apocalypse.
For a full glance at the 2012 lineup, check out this video:

The festival is a great event for families, too! Admission is free for children under 12 who are accompanied by an adult, and the Cape Cod Children’s Museum and OceanQuest will provide plenty of kid-friendly fun. The Little Beach Garden, curated by the Hyannis-based The Little Beach Gallery, will also be on hand, showcasing local arts and crafts.
In 2007, Naukabout organized its first music festival, bringing together talent from all around New England to put on a summer show that everyone enjoyed. Since then, the Naukabout Festival has vastly grown in popularity, so much so that the folks behind Naukabout decided to combine their passion with craft brewing. 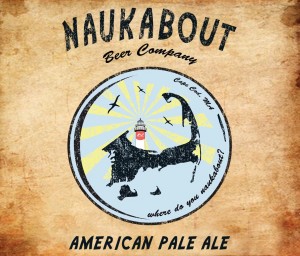 Thus, in March 2012, the Naukabout American Pale Ale was born. Beer aficionados across the Cape may already be familiar with American Pale Ale, as it has been on sale at various locations throughout the Bay State. The ale, which carries a crisp taste, and a hint of toasted caramel malt, has already made a strong impression across Cape Cod and will be sampled at this year’s festival.
Tickets to the festival, which are $29 in advance and available for $39 the day of the show, can be purchased here. The Barnstable County Fairgrounds is located at 1220 Nathan Ellis Highway, Route 151 in East Falmouth, MA 02536.  Make sure to also Like Naukabout on Facebook, and Follow them on Twitter @Naukabout.
To check out past year’s performances head to Naukabout’s YouTube channel.
For local lodging options, check out the Cape Cod Chamber of Commerce’s accommodations listing here, as well as the Falmouth Chamber of Commerce’s area accommodations here.
Have a great weekend! 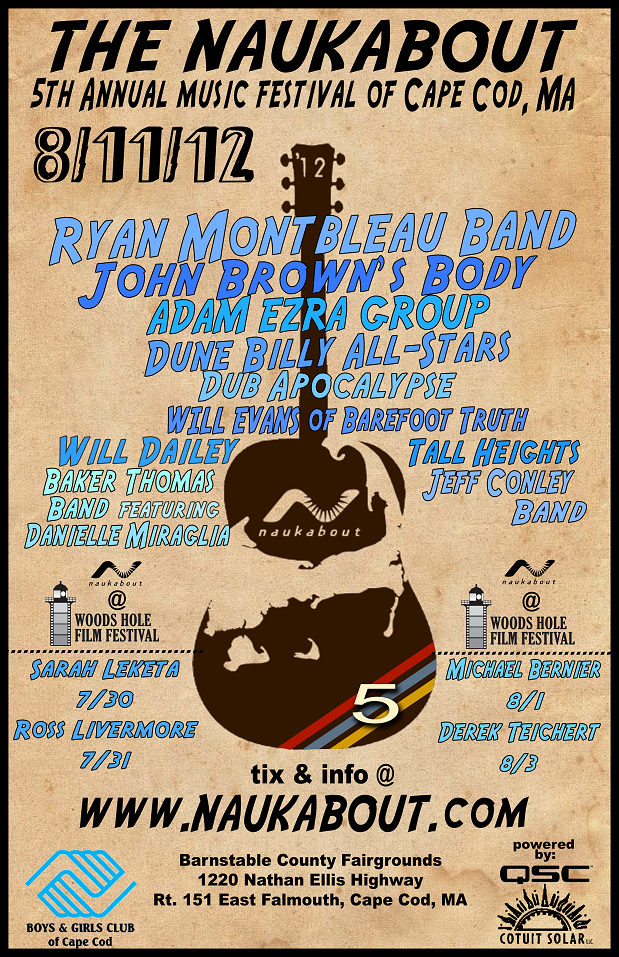