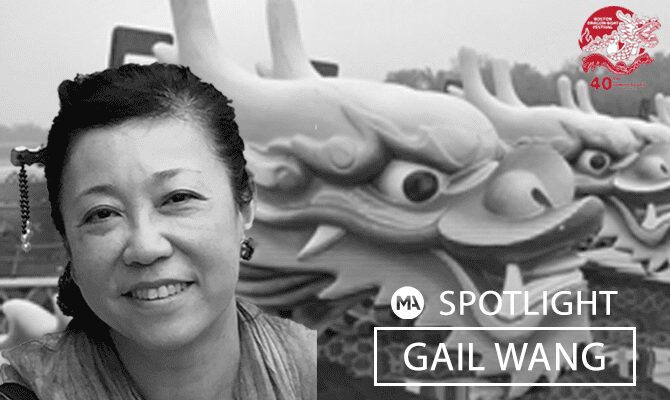 Celebrating Asian Culture in Massachusetts
Boston has the oldest Dragon Boat Festival in North America.  Launched in 1979, the annual springtime event on the Charles River combines an exciting day of races on the water with a festival of culture, tradition and food.  We spoke to festival organizer Gail Wang about this year’s 40th anniversary celebration, taking place on Sunday, June 9, 2019. 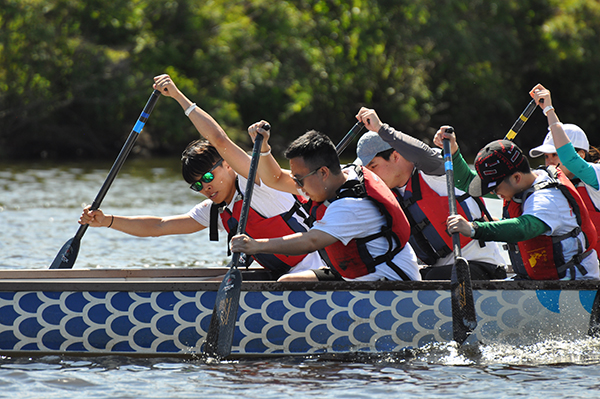 Gail, please tell us about your own background and how you came to be involved in the Boston Dragon Boat Festival.   Also, what is the significance of the dragon?
I came to Boston in 1990 from Hangzhou, China, where I was an English teacher in Hangzhou Teachers’ College. I continued to teach English and later Chinese after I arrived in Boston. My involvement with the Boston Dragon Boat Festival began in 2002 when I took a change of career to work at Boston Children’s Museum. Little did I know at the time that the museum actually started a dragon boat festival in 1979, the first in North America.  Since then, organizing the festival and making sure the Festival continues to flourish and lead in this fast-rising sport and cultural celebration has become a big part of my life.

The Dragon is a mythical power that is an important part in many Asian cultures. In ancient times, people relying on agriculture to survive depended on the dragon to control water for their farming. Later on, the Dragon became a symbol of empirical power. The Chinese emperor was regarded as the son of heaven possessing the power of the Dragon. Nowadays, we regard the Dragon as a cultural icon representing the people of East Asia. 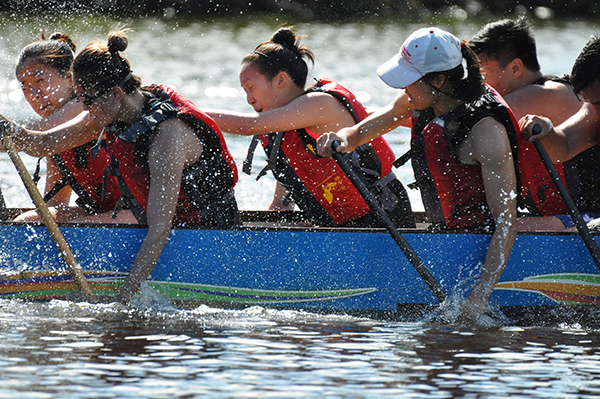 Forty years, is a real milestone!  Tell us about its start and how the race has survived  for four decades.
Staff at Boston Children’s Museum’s Asian Studies Department worked with different Chinese communities in the late 1970s and came up with the idea of organizing a weeklong dragon boating and cultural festival in May 1979. The Boston Dragon Boat Festival was the beginning of a quickly growing sport nationwide. Now many cities in the US and Canada have their own dragon boat festivals.

It’s exciting to race in 40 foot long colorful dragon boats. The history and culture make the festival and celebration go beyond boat racing to give people a deeper and more meaningful experience. The board and committee work very hard to keep up people’s expectation for the first dragon boat festival in North America. We all have our day jobs and our own lives, but working as volunteers for the festival makes us proud and energized. We will continue to make the largest Asian cultural festival in New England become bigger and better.

Tell us about some of the teams that compete in the races; where are they from and what categories in which they compete?
Every year, teams from New England, other states and Canada come to Boston to compete in ten categories designated with special races and medals for various categories. Categories include Financial Institutions, Corporate, Health Care, College, Chinese University Alumni, Women’s, Club, Community & Recreational and Cancer Survivors Divisions. In 2019, we have a record 76 teams joining in the races. More would come in but we have to cap at this number owing to the limitation of the Charles River to allow more teams.

As the first dragon boat race and festival in North America, we have started a national and international enthusiasm in dragon boating and celebration. And our scope has grown well beyond Asian American communities. Taking Boston for example, just 10 years ago Boston had 22 community teams now there are 54. There were only 4 competitive club teams that race worldwide in Boston before but now that number has jumped to 15. The committee also owns a fleet of 15 dragon boats for racing and practicing. 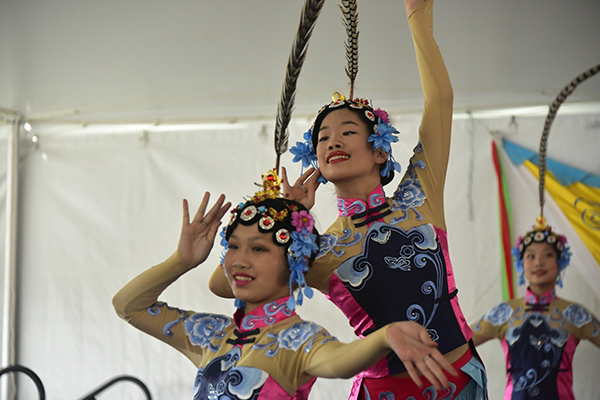 You also have a robust cultural festival taking place along the banks of the Charles River.  What are some of the activities that appeal to tourists and families?
All programs are free and family friendly for visitors. Sponsors, founders, dignitaries and committee members will dot the eyes of the dragonhead on each boat in a traditional Eye-dotting Ceremony. This is an ancient Chinese ceremony that is believed to enable the dragon to soar with the utmost power.

Following that we have cultural programs, demonstrations and performances. For example this year, we have traditional Chinese music, Filipino, Chinese and Indian Dance performances and Korean Tae Kwon-Do presentations.  Other popular activities include Dragon and Lion Dances, Chinese martial arts and traditional Japanese Taiko drumming.

This year there is a special treat that cannot be missed.  A special delegation from Longquan China, seven celadon masters with UNESCO intangible cultural heritage status, will demonstrate the making of this ancient ceramic art. 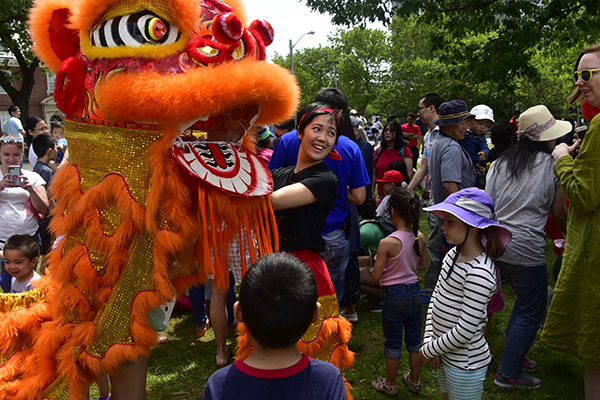 Can you talk about how the dragon boat festival has come to represent the rich diversity of Massachusetts’ Asian community?
We aim to promote Asian cultures throughout Massachusetts and beyond. When you come to the festival, you see in the crowd a blend of races, cultures, and interests, enjoying themselves and learning about Asian cultures, arts and foods from various Asian countries. For example, visitors tell me that they come to the festival to see O’Daiko New England’s performance of Japanese Taiko. It is such a powerful art that some visitors come back year after year to watch them perform. Our board and committee also consist of members of various cultural backgrounds working together to make the festival better.

I believe dragon boat racing really represents diversity and unity,  an ancient Asian tradition uniting people of different backgrounds to paddle in unison as a team. We hope everyone will have a chance to come join us on the Charles River. https://www.bostondragonboat.org/