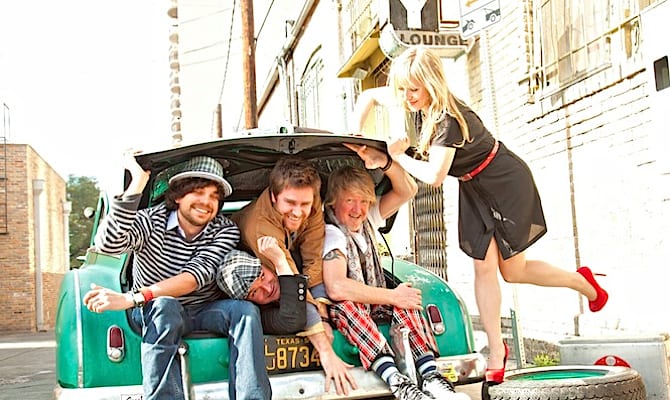 Have you noticed how many people in Massachusetts have freckles? That’s because we’re the most Irish state in America, according to the U.S. Census Bureau, with nearly 24% of all state residents claiming Irish ancestry.
You’ll find many of us  – with or without freckles – at this year’s Boston Irish Festival, taking place June 8-10, at the Irish Cultural Centre in Canton, about 10 miles from Boston. And everyone’s welcome, you don’t have to be Irish!
Now in its 22nd year, the festival takes place on the spacious 46-acre grounds of the Centre, tucked away off Route 138, not far from the interstate highways. It boasts state-of-the-art athletic fields, walking trails, a children’s play area, and an authentic Irish cottage built by craftsmen to traditional specifications – thatched roof and all.
The festival’s main draw, of course, is great Irish music, on fiddles, accordions, pipes, flutes and guitars, taking place on various stages throughout the festival grounds.
Opening this year’s performances on Friday, June 8, is Gaelic Storm, a great traditional band whose music can be heard on the soundtrack of the hit movie, Titanic.
Throughout the weekend you’ll hear continuous Irish music, including ballad and pub songs, Gaelic songs, and Irish dance music. Irish step dancers will display their fancy footwork, and the Gaelic Athletic Association (GAA) will play traditional Irish games like hurling and camogie.
New to this year’s festival is a 5K Road Race on Saturday, June 9 at 9:30 a.m. Also on schedule through the weekend: a gathering of Irish setters and wolfhounds, a soda bread baking contest, an Irish tea house, author lectures, genealogy workshops and children’s cultural activities.
And let’s not forget the redheads. This year’s festival is aiming to break the Guinness Book of World Records for the most redheads gathered in one place. It takes place Saturday, June 9 at 2:00 p.m., so be there to help make history and get your photo taken.
The Irish Cultural Centre was formed in 1989 by a group of dedicated Irish leaders to preserve their cultural traditions in Massachusetts and the region for generations to come. The Centre has plenty of other cool activities, including a day camp for kids, lectures, music lessons, theatre and social gatherings.
You can find year-round details of Irish activities throughout the state, including festivals, parades, concerts, campus events, shops, pubs and cultural groups, by visiting IrishMassachusetts.com
Michael Quinlin is founder and director of the Boston Irish Tourism Association, a group formed in 2000 to connect the state’s Irish community with the visitor industry. He blogs regularly on IrishMassachusetts and Boston Irish Heritage and tweets on TheBostonIrish.