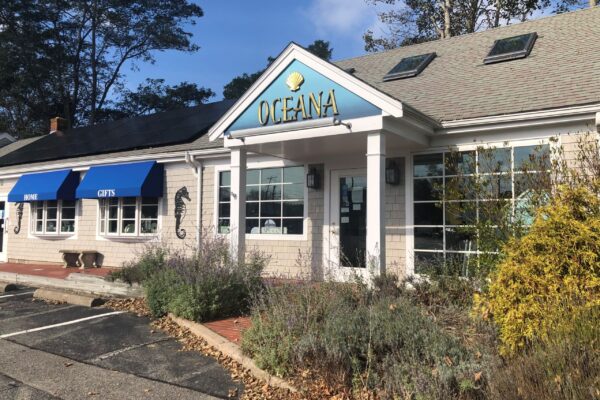 Finding customers: Oceana brings its business – and its wares – online.

Jane Williamson, owner of Orleans-based Oceana, could write a book on the importance of teamwork and flexibility for a small business. When Williamson, a native of Liverpool, England who’s been in the States for nearly 20 years, realized in early 2020 what the pandemic might mean, she worried about her supply chain. While much of her stock is bought locally, some of it comes from Spain, Italy, and China. Typically, the months of January – March are spent ordering inventory for arrival between Easter and Mother’s Day, but everything was fast-tracked.

“We pushed out orders ahead, so in March, we were unpacking boxes like crazy,” said Williamson.

Oceana, which sells jewelry, home décor, gifts, toiletries, and clothes, joined hundreds of businesses across the Commonwealth that temporarily shuttered their brick-and-mortar doors in March 2020. Williamson used the time away from the store to revamp the website, knowing online ordering would be a crucial revenue avenue.

When June 2020’s re-opening arrived, Williamson and her staff asked themselves critical questions around safety and capacity: how to clean the high traffic areas every hour, and how does the store get enough Lysol to actually do that? How do we find enough Purell and anti-bacterial soap for the customers and staff? How many customers do we let in at a time, and how do we monitor that? Will customers want private appointments?

“We found that people didn’t really want the private appointments,” said Williamson. “They wanted to come out and they want to chat and have the shopping experience, but in a safe way. So that’s just been really nice and seeing all the familiar (albeit, masked) faces has been great too.”

Williamson is grateful for the community support Oceana has received so far and hopes the My Local MA campaign’s “spending where your heart is” message resonates.

“I think people forget to buy local because it’s so easy to just buy things online from big box retailers. I like that this campaign is getting people focusing on where they’re buying their products. I think the more we can tell people that if you don’t shop locally, then these local businesses are not going to be there.”

Williamson feels blessed to lead a team that puts their hearts into their jobs every day, always giving 110%.

“My staff has been absolutely amazing. What I’m asking them to do is so much harder than anything they’ve ever done before. And they have been very flexible and they keep coming to me with suggestions. I appreciate all of their hard work. I don’t know where Oceana would be without them.”

Middlesex Bindery is a LGBTQ-owned business in Lowell, MA. Below, the owner shares some details on their business and the…

Ideal Movers & Storage is a moving company located in Hadley, MA. Below, the team shares some details on their…

The Sea Street Inn is an intimate and luxurious boutique inn located in Hyannis, offering privacy and comfort to couples,…