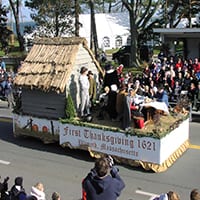 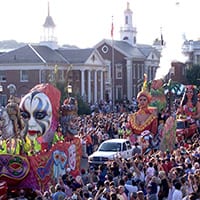 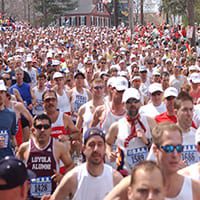 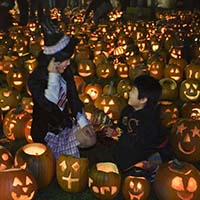 Holyoke St. Patrick’s Day Parade
The Holyoke St. Patrick’s Parade has been a cherished institution since 1952. Each March, our city streets fill with happy folks from near and far celebrating Irish heritage, civic pride, faith, family, friendship and tradition. A regional event attracting over 400,000 on street spectators, this Parade is the Pioneer Valley’s biggest homecoming of the year!

Patriots Day – CANCELLED
Boston, Lexington & Concord, along with other towns, reenact events from the 1770s.

Red Sox Opening Day – PUSHED BACK
Boston Red Sox opening day at Fenway Park is one of the city’s great traditions, dating back to 1913

Brimfield Antiques Show – CANCELLED
(also: July & September)
The largest outdoor antiques show in the world, with over 6,000 dealers and 130,000+ visitors during the course of the week

Northampton Pride – POSTPONED
The Pride Day Celebration blasts off with a fantastic, amazing, super high energy parade filled with marching bands, religious groups, GSA’s, floats, animals, motorcycles, you name it they are in the parade!! We march into the Pride event site where the party continues all day!!

Boston Dragon Boat Festival – CANCELLED
the Dragon Boat Festival commemorates the life and death of the ancient patriot-poet Qu Yuan who lived from 340-278 B.C. Qu Yuan was a minister who advocated reforms in his home state of Chu. The King refused to listen to Qu Yuan’s advice and instead banished him from the state of Chu. In exile, Qu Yuan wrote poetry expressing his concern for his country and people. In 278, when Qu Yuan heard that his home had been invaded, he drowned himself in the Mi Lo River.

Nantucket Film Festival – POSTPONED
A film festival which focuses on the screenwriter.

Shakespeare on the Common – Boston – CANCELLED
Free and open to the public performance in Boston Common.

King Richard’s Faire – Carver – CANCELLED
Fun, fantasy and friends all await you on September 4th, 2021 when we open our enchanted gates for our Fabulous 40th Anniversary season filled with magic and merriment!

America’s Hometown Thanksgiving Celebration – Plymouth
Since 1621, Plymouth has carried on this tradition with a parade, tours of Plimoth Plantation and Native American events

Nantucket Christmas Stroll
Nantucket Christmas Stroll is still held the first full weekend of December every year. Preparation for this event is part of the Chamber of Commerce’s “Nantucket Noel.”  Hundreds of decorated seven-foot Christmas trees line downtown streets, and are illuminated in a ceremony with caroling at dusk the day after Thanksgiving. Every year a local artist or decorator is chosen to adorn the huge 20-foot tree at the top of Main Street, a tree that “magically” talks to all who visit.