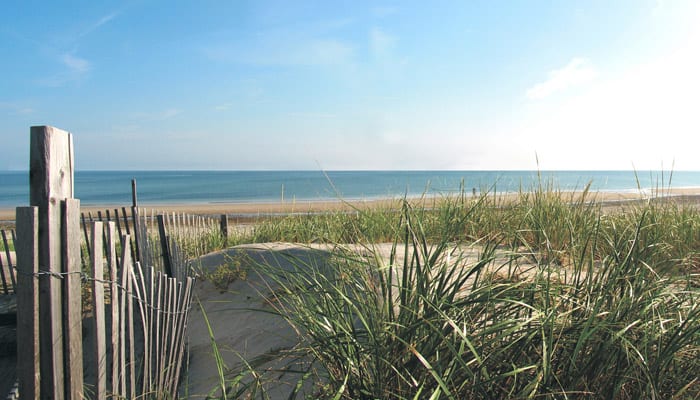 Summer’s twilight might be approaching, but that doesn’t mean beach season is over. On the contrary, it’s all the more reason to plan a few days in the sand before September arrives!

It can be tough deciding where to go, though. Massachusetts has 1,500+ miles of coastline where you can kick back, ranging from the North Shore to the South Coast and on to Cape Cod and the Islands. And while today might not present the perfect opportunity, there will be more than a few sun-soaked days before summer winds down once and for all.

So, here are a few idea starters. These three beaches are local favorites and have also gained recognition as top spots from travel writers. Happy sunbathing!

Coast Guard Beach in Eastham
Picked as one of the country’s Top 10 Beaches for 2014 by Dr. Beach (yes, the man is an actual expert on all things beaches), Coast Guard Beach is consistently ranked as one of the most picturesque and family-friendly beaches in the entire country. The beach is a part of Cape Cod National Seashore, a sandy stretch that spans more than 43,000 acres of beautiful shoreline, marshes and ponds.


The beach is a popular swimming spot during the summer months, and it’s best to park off-site and take the shuttle over, because parking is restricted during the busier months. For a bite before you hit the beach, head to Arnold’s Lobster and Clam Bar, a well known local spot, and for a treat afterwards, sidle on over to Nauset Ice Cream. To stay in the area, consider an overnight or two at the Eagle Wing Inn or the Whale Walk Inn & Spa.

Mayo Beach in Wellfleet
As Family Vacation Critic put it earlier this summer, Mayo Beach is New England summertime in a nutshell. That helped make Mayo one of Family Vacation Critic’s 10 Best Beaches for Families in 2018, and it’s the reason many families make for this beach throughout the summer. At Mayo, beachgoers can relax by the harbor, swim in the water, rent a boat to sail and hit the tennis courts. 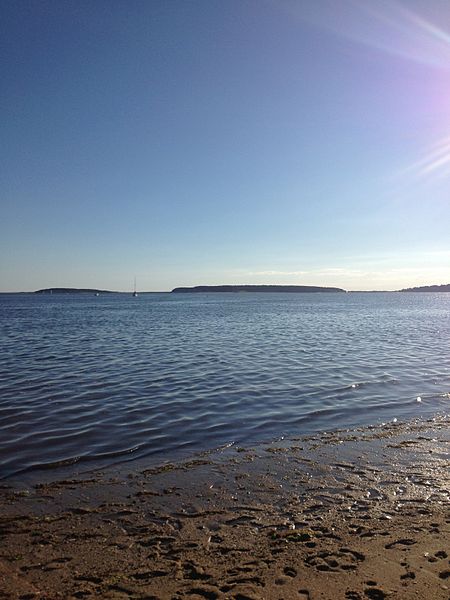 In addition to the beachfront activities, Wellfleet Bookstore & Restaurant happens to be located across the street, giving parents and kids a place not just to read, but also eat! Both the lunch and dinner menus are, of course, big on seafood, but there’s plenty as well for those more partial to land dishes, too. For anyone coming into the area, the Southfleet Motor Inn and Even’tide Resort Motel and Cottages are both nice spots to rest up in between beach days.

Coskata-Coatue Beach on Nantucket
When most people think of Nantucket, boutique shops, elegant hotels and sunny beaches spring to mind. It’s no surprise, then, that the Travel Channel proclaimed Nantucket to be one of its top All-American Summer trips in June. One of the very lovely and lesser-known beaches on the island can be found in Coskata-Coatue Widlife Refuge, a reserve maintained by The Trustees that serves as home to an array of flora and fauna. It doesn’t take much more than a few minutes at the beach to see why Coskata-Coatue is a hidden gem. 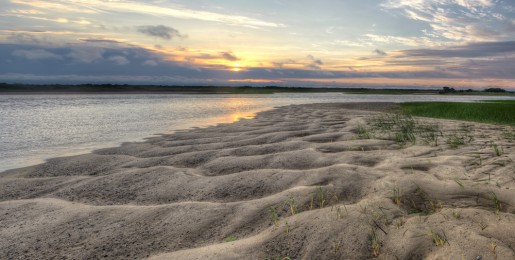 Inside the refuge, visitors can traipse around 16 miles of vehicle paths and walking trails, several of which hug the coastline. The Great Point Lighthouse, which has served seafarers for more than 300 years, is also nearby, well within walking distance and open for tours during the summer months. While the majority of Nantucket restaurants and hotels are located in the downtown area, which is on the other side of the island, the Wauwinet Hotel is just around the corner from Coskata-Coatue, offering dining, lodging, and maybe even a day at the spa.

Together, Coast Guard Beach, Mayo Beach and Coskata-Coatue Beach are a trio of fine choices, but there are many more, of course. Visit our beaches page and take a look at all the beaches in Massachusetts. You can also spin through all sorts of other outdoor activities.