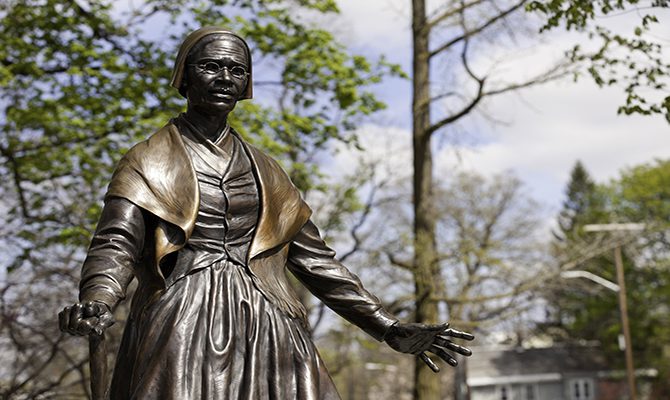 Posted by Camryn McMurtry, guest blogger of Massachusetts Office of Travel and Tourism

Black History Month in February provides an opportunity for learning and reflection on the contributions of African Americans to Massachusetts, and to the nation. 2020 is a leap year, which gives you one extra day to enjoy the festivities. Whether it’s through a self-guided trail or a tour of a museum exhibit, here are some ideas for celebrating Black History Month in Massachusetts.
Greater Boston Living in Colors: Celebrating Black Life is the theme of the Black history programs at Boston Children’s Museum which run from February 9-29.The events occur on Fridays, Saturdays and Sundays in the afternoon. Highlights include a live performance with Benkadi Drummers and Dancers as well as an Art Activity: Story Quilting. While you’re at the museum stop by the permanent exhibit Boston Black, which showcases the diversity in the Boston Black community.
Local Boston teens curated the Museum of Fine Arts latest exhibit, Black History Black Futures. The exhibit features works by 20th century artists of color and runs through June 20.
North of Boston
Combining music and images of the Civil Rights Movement, the Cary Memorial Library and The Association of Black Citizens of Lexington Present: Ain’t Gonna Let Nobody Turn me ‘Round, a visual storytelling experience. This performance tells the story of Civil Rights activists including Rosa Parks and Fannie Lou Hammer from 1955-1967. The event will be held at Cary Memorial Library in Lexington on February 12 from 7-8:30 p.m.

South of Boston
The first of its kind in New England, the National Black Doll Museum of History and Culture uses dolls as a lens to explore Black history. Located in Mansfield, the museum is open by appointment Tuesday through Saturday from 12-5 p.m.
The New Bedford Historical Society Presents its 20th Annual Frederick Douglass Read-a-thon on February 9 from 2-6 p.m. at the First Unitarian Church .There will be a reading of his 1845 autobiography, The Narrative of Fredrick Douglass, an American Slave. The Zion Union Heritage Museum in Hyannis presents an exhibit entitled Matriarchal Strength, Stories of Indigenous Separation and Border Crossing from February 2-29 as part of their Black History month festivities. Admission to the museum is free throughout the month.

Admission to the Worcester Historical Museum is free throughout the month of February, which provides a great opportunity to engage in Black history month programming. The exhibit, Discovering Black Roots in Worcester runs from February 4-March 28 highlights the experiences of black people in the community. The museum gallery is open 10-4 p.m. Tuesday through Saturday.
Western Massachusetts Photo from the Pan African Historical Museum via Facebook

Say it Loud: A Black History Experience is the Pan African Historical Museum’s event to honor Black History Month.The event takes place on February 29 from 11 a.m.-4 p.m. The Springfield museum describes itself as the place “where Black history comes alive”.

History Trails
For a more personal way to enjoy Black History Month, check out these self-guided trails featuring important landmarks that tell the story of Black history in Massachusetts: Photo from the Massachusetts Office of Travel and Tourism

Camryn McMurtry is studying Public Relations at Boston University’s College of Communication and is an intern for the winter semester at the Massachusetts Office of Travel & Tourism.