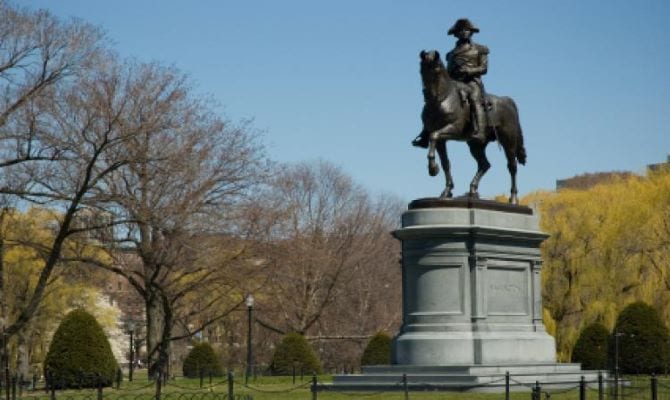 Posted by Camryn McMurtry, guest blogger of Massachusetts Office of Travel and Tourism

Massachusetts has helped shape the history of the nation from colonial leaders to U.S. presidents. Four presidents were born in the state, remarkably all in Norfolk County. In honor of Presidents’ Day 2020, here is a list of ways to learn about the presidents that called Massachusetts their home. John Adams and his son John Quincy Adams were born in Quincy, and served as the second and sixth presidents. Their birthplace and family homes now serve as the Adams National Historical Park. While the visitor center remains open year-round, guided tours begin for the season on May 1. Photo Courtesy of Massachusetts Office of Travel and Tourism

John F. Kennedy was born in Brookline, and became the 35th President of the United States. The John F. Kennedy Presidential Library & Museum located in Boston is dedicated to preserving his memory and capturing the cultural period of his presidency. Kennedy spent his summers on Cape Cod, home to the John F. Kennedy Hyannis Museum.  His childhood home in Brookline, a National Historic Site, is currently closed for reconstruction and will reopen in spring 2021.

Milton is the hometown of President Bush, the 41st president. While Bush’s family moved from Massachusetts six months after his birth, he later attended school in Andover. Located at 173 Adams St. in Milton, a plaque commemorates his place of birth.

Washington called the Longfellow House in Cambridge his home as he commanded the Continental Army during the Siege of Boston from 1775-1776.This site was also home to the poet Henry Wadsworth Longfellow, and the museum tells the history of both men. Tours are currently closed for the season but reopen on May 22.

While President Coolidge was not born in Massachusetts, he served as a local mayor, state senator, and governor of the Commonwealth. Northampton is home to his presidential library and museum. It is the only presidential library located inside another library, located on the second floor of the Forbes Library. After his presidency, Coolidge retired to Northampton, where his home is listed on the National Register, located at 19-21 Massasoit Street. While the home is private, a plaque commemorates its significance.

For more information on visiting Massachusetts throughout the year, visit www.massvacation.com.
Camryn McMurtry is studying Public Relations at Boston University’s College of Communication and is an intern for the winter semester at the Massachusetts Office of Travel & Tourism.