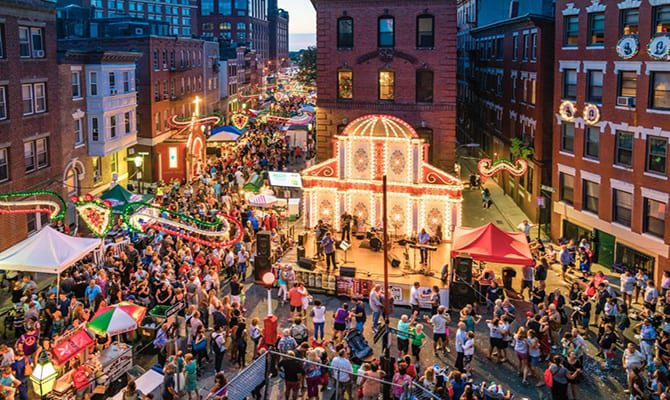 August is the perfect month for visitors to experience Boston’s vibrant Italian-American community in the city’s North End neighborhood, just minutes from City Hall and Faneuil Hall and near Boston’s waterfront.
In addition to the dozens of great Italian restaurants, cafes and pastry shops along Hanover Street, the North End hosts a number of feasts and festivals dedicated to Italian saints. It is part of an enduring neighborhood tradition that connects the Italian-American Diaspora in New England with its roots in Italy.
Historically, one of the first feasts happened around the 3rd century. The day begins in church. Afterwards, a procession of locals parade through the streets holding a statue of the saint, singing, praying and celebrating. The pageantry is colorful, with street banners, live music, street vendors and various attractions and games. It’s a wonderful opportunity to celebrate heritage in a meaningful way while also having a joyful time with family and friends.
One of the highlights of Italian heritage is its amazing cuisine. Italians love delicious food and they love to share it with family, friends and visitors. Check out a variety of food contests, such as the meat ball competition, cooking stages with expositions, and more. Buon Appetito!
Here’s a schedule of upcoming Italian festivities in the North End, all of them are free to the public!

Santa Agrippina Boston
August 1-4
It will take place towards Hanover Street!
The annual festival, started in 1914, celebrates Santa Agrippina, a 3rd century martyr whose body was carried from Rome to the town of Mineo in Catania, bringing miracles to those following the journey. 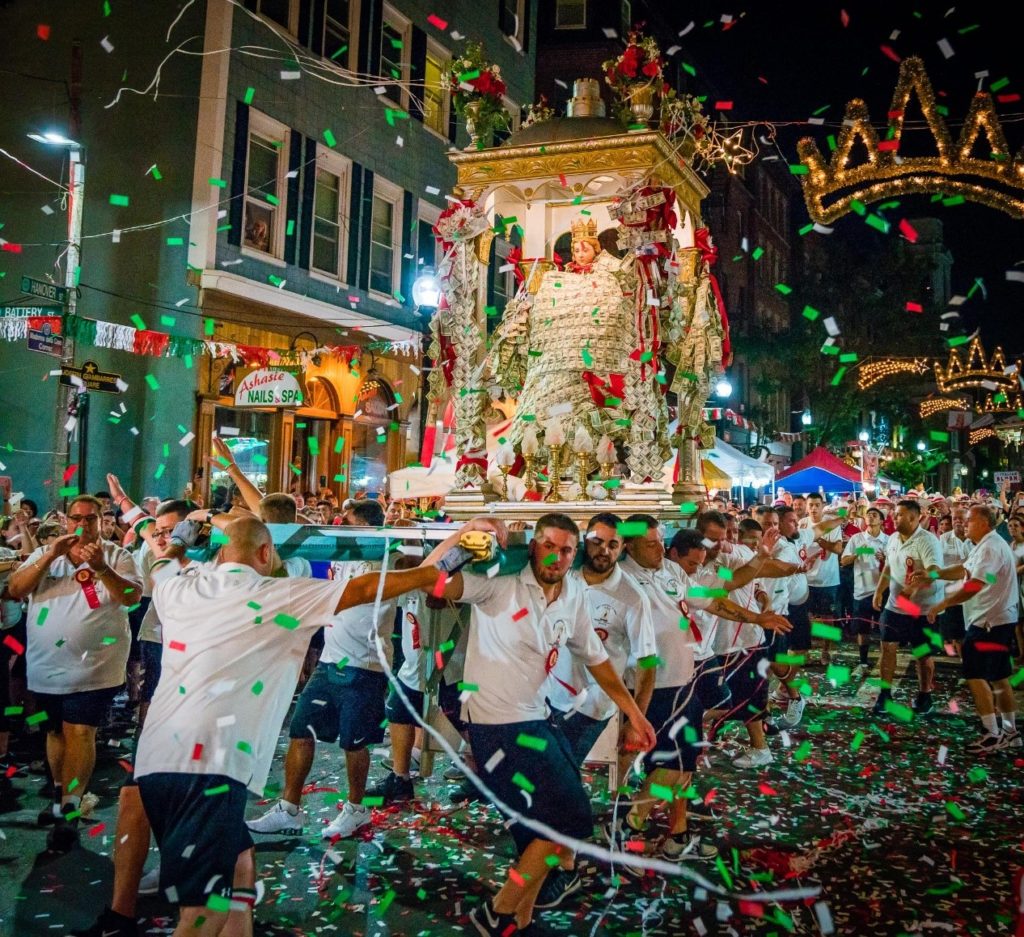 Fisherman Festival Feast
August 15 – 18
This is an annual festival, commemorates all of the Italian fishermen who immigrated from Sciacca, Sicily. It is dedicated to the hard work these fishermen went through. 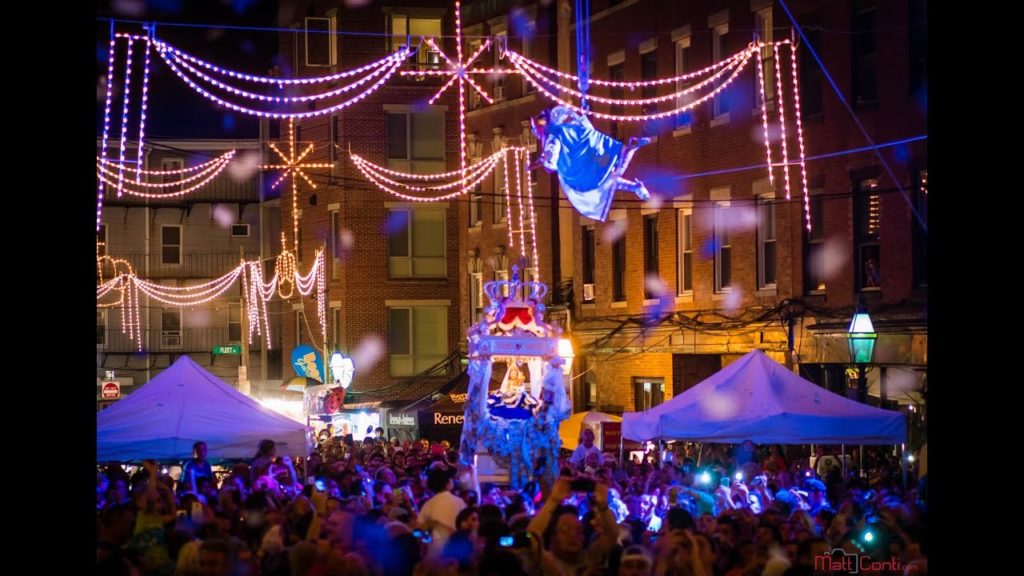 San Antonio di Padova da Montefalcione
August 22-25
An annual festival that celebrates the patron Saint Antonio. It originally began in a small town of Montefalcione in Avellino, and is now considered the “Feast of all feasts” across New England. 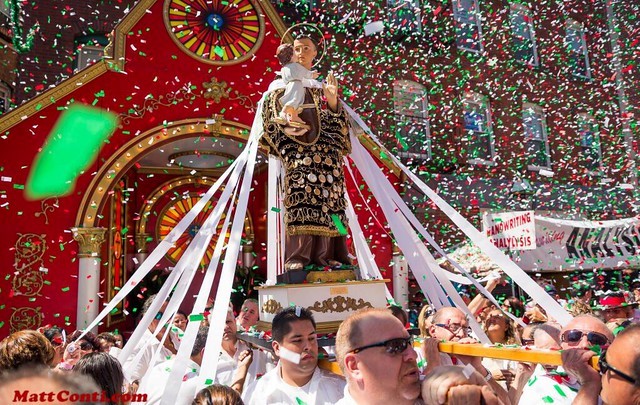 Santa Lucia Feast
August 22-23
This is an annual feast that honors Santa Lucia.
Santa Lucia is considered the protector of eyesight. The festival is organized by the Saint Lucy Society in the North End, which donates thousands of dollars to charities, organizes food and clothing drives for worthy causes. 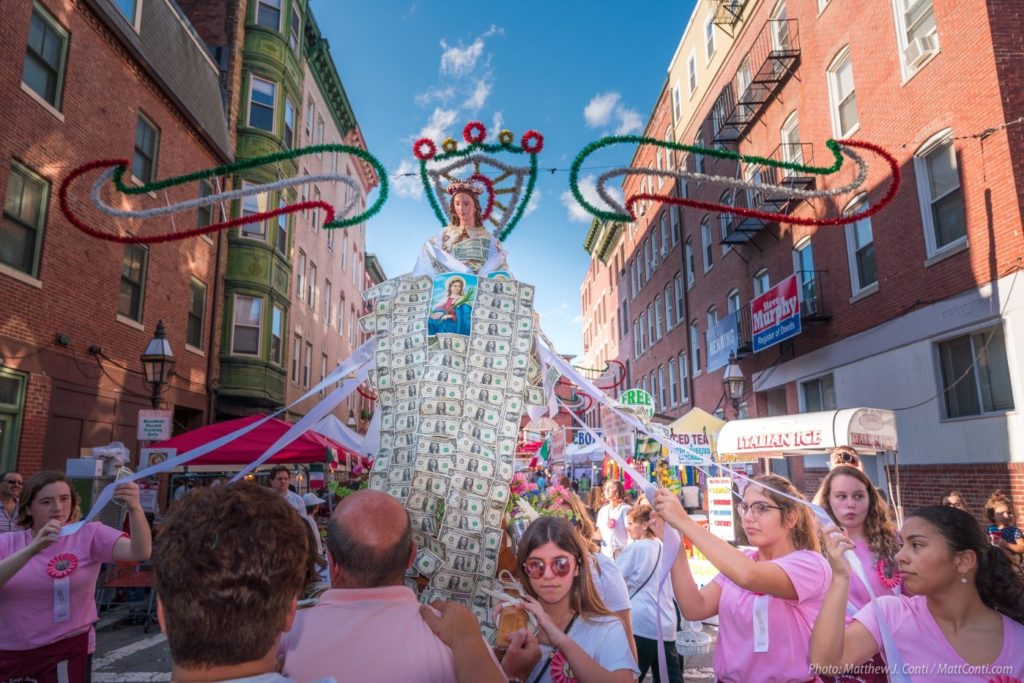 Madonna della Cava
August 9-11
Boston’s Madonna della Cava celebration was started by first generation Italian-American in 1920, and celebrates a mute Sicilian boy who miraculously regained his speech. The festival coincides with a festival held in Pietraperzia, Sicily, held the second weekend each August. 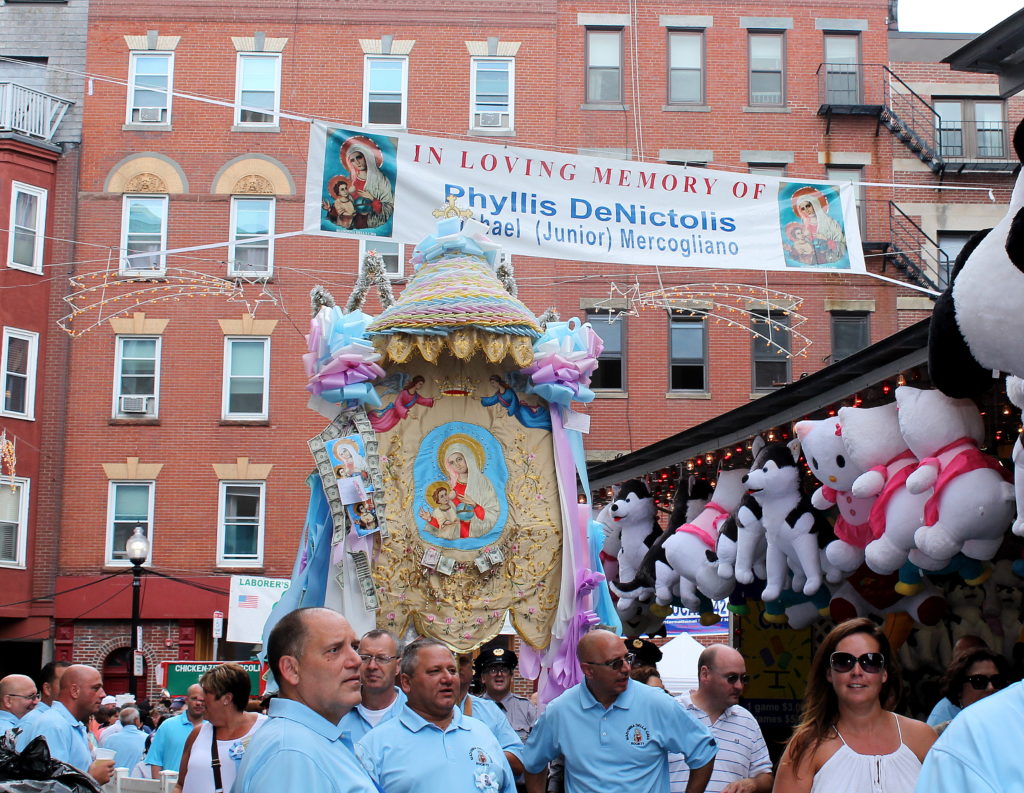 Each feast has a story that teaches a moral lesson while evoking the spiritual and cultural traditions of Italians everywhere. After you’ve attended an Italian feast day in Boston’s North End, you’ll leave with a rich appreciation of Italian-American culture and heritage. You’ll also get to sample some of the best food in Boston! 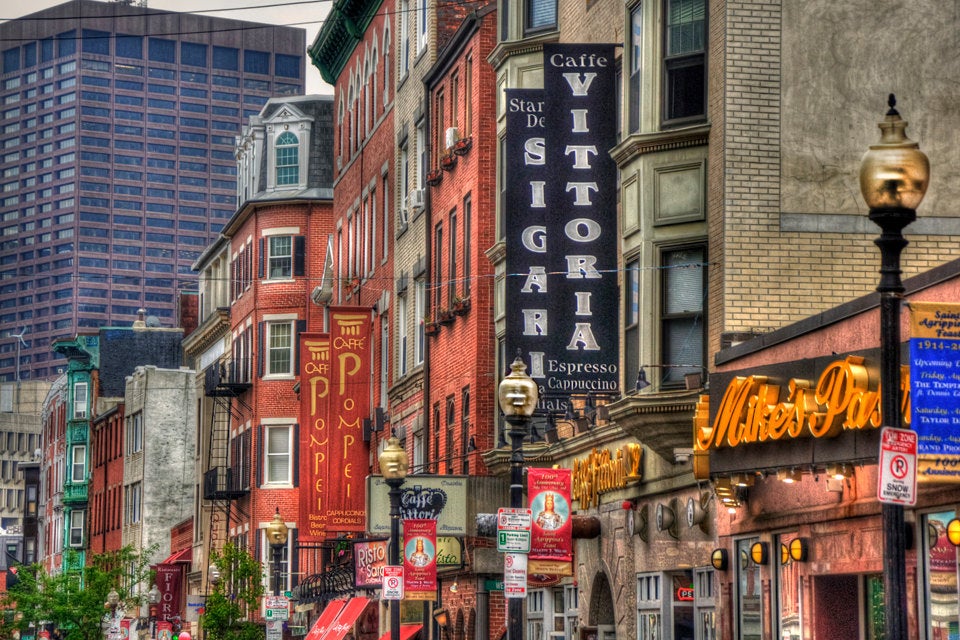