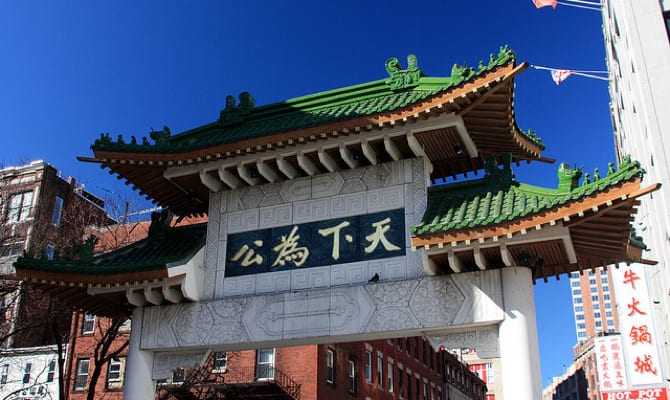 When the Kitchen God reports to the Jade Emperor all the secrets of your household, will he give a favorable report? At Lunar New Year, Chinese families do one of two things to ensure it. Smear a dab of honey on his mouth, or give him a piece of sticky rice cake (Nian Gao). This way, he’ll say sweet things (or some say, his mouth will be stuck shut so he cannot make an unfavorable report!). 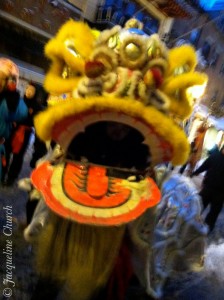 Food is so central to Chinese people, so many have known scarcity, that sharing a meal, celebrating through food is of the utmost importance year round. It’s never more important than on the most significant holiday of the year: Lunar New Year (also known as the Spring Festival). It is during this New Year festival that the beliefs, superstitions and traditions surrounding food pop like the firecrackers that litter the streets red.
The two-week festival, beginning on the first new moon of the year and ending 15 days later on the first full moon, is stuffed with traditions. There are rules for when to clean (before), and when not to sweep or wash hair (day of), since one has to avoid sweeping out the good luck. And foods that bring luck, abundance, and wealth — all figure prominently in the celebrations.
Favorite foods you will see at banquets or the eve of New Year — when Chinese travel to the elders’ homes for “reunion banquets,” nearly all are symbolic — many of which have names that are homonyms for auspicious things. Whole fish “yu” for example sounds like the word for abundance, something everyone wants in the New Year.
Red is a lucky color year-round but it takes on special importance at the Lunar New Year. Red firecrackers pop as the colorful lions dance to clanging cymbals and beating drums. What is all the noise about? Legend has it that a man-eating beast came down from the mountains once a year. Villagers discovered that he was scared away by loud noises and the color red. Lions are enticed to the shops and restaurants by characters balancing a giant “pearl” to shred lettuce and oranges — both represent wealth and prosperity, which is shared in the elaborate dances.
Restaurants will have red banners hung on doors with lucky sayings and wishes. The character “Fu” is often seen written in stylized gold calligraphy on a red background. Can you tell if it’s right side up or upside down? That’s a clue to whether you’re in a Mandarin- or Cantonese-speaking establishment. “Fu” is the character for fortune. In Mandarin, the words for “upside down” and “arrive” sound the same so an upside down Fu symbol means even more fortune arriving. 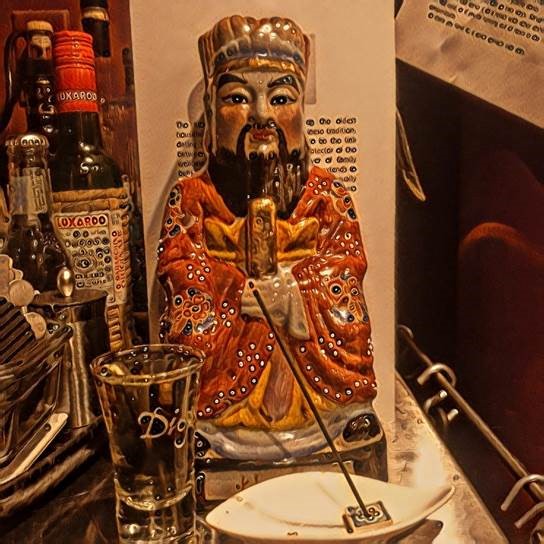 If the drums and cymbals and calligraphy have you dizzy, find a spot to have a nice meal or grab some friends for a banquet. Auspicious foods include noodles and greens both of which signify longevity. Clams which look like gold bouillon, whole fish for abundance, whole chicken (often with head and feet tucked under) symbolize unity of the family. And don’t forget everybody’s favorite: Jiao Zi little dumplings that symbolize gold ingots.
To learn more about your favorite Chinese foods and explore the mysteries of Chinatown, take a walking tour with Boston Chinatown Tours!
Jacqueline Church enjoys sharing the wonders of Boston’s Chinatown with locals and visitors. History comes alive through food and flavors. You can find her on Facebook, Twitter (@JCCraves), and on her own website — she loves to talk to strangers about food!
Her writing appears in print and online in publications like The Washington Post, Edible Santa Barbara, Whole Foods Market Magazine, Culture: the Word on Cheese, Everett Potter’s Travel Report, Reuters, Chicago Sun Times News Group, GoNomad.com and more.
Header photo via BostonPhotoSphere, Flickr.