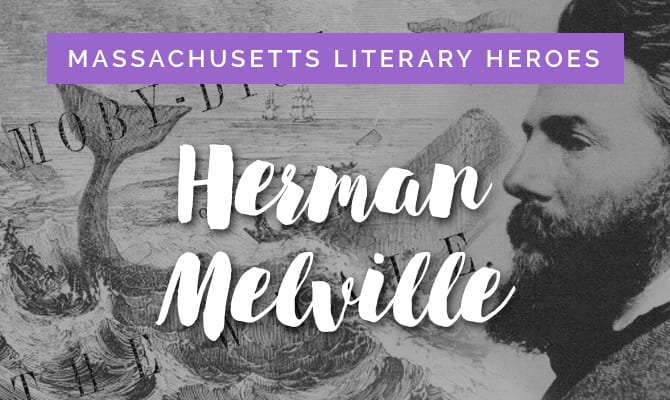 Massachusetts is proud to serve as the home and inspiration to some of the greatest American writers of all time. Fostering, encouraging, and promoting talent has long been a part of the culture of the Commonwealth. In this series dubbed Literary Heroes, we connect Massachusetts writers’ works with notable sites and locations, unveiling their significance then and now. In this edition we highlight Herman Melville, renowned author of the iconic novel Moby Dick.

Herman Melville was an author who captured the attention and interest of his audience through recounting his own experiences, and the experiences of others, through now legendary New England folklore. From Nantucket to the Berkshires, Melville was found of pulling from real life adventures in Massachusetts for his works.
Melville spent a majority of his time at his farm, Arrowhead, in the Berkshires town of Pittsfield. There, he wrote his most famous novel, Moby Dick, taking inspiration from the view of Mount Greylock from his study window. Melville also wrote Pierre, The Confidence Man, Israel Potter, and The Piazza Tales from his Arrowhead study; The Piazza Tales is named after Arrowhead’s front porch. 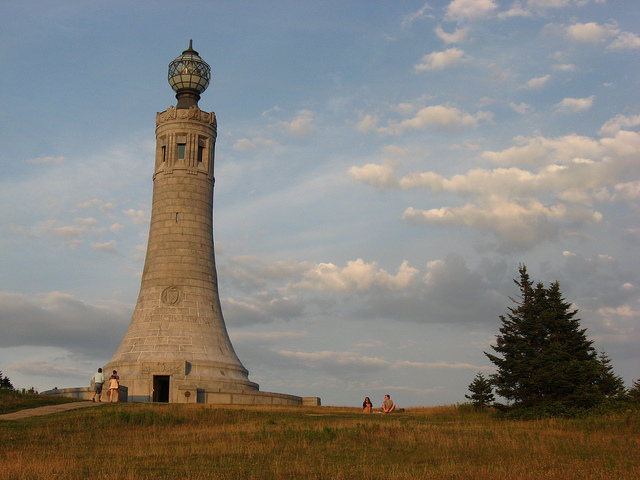 Melville’s two commercial successes, Typee: A Peep at Polynesian Life, and its sequel Omoo: A Narrative of Adventures in the South Seas, were not written in Massachusetts, but the earnings from both novels helped Melville purchase Arrowhead. Herman Melville gave up writing almost entirely towards the end of his life and died without recognition from the literary community. It was not until the 1920s that Melville’s work became popular with readers and critics alike.

Melville incorporated references to his various homes and escapades around Massachusetts in all of his writings. From Arrowhead, he composed a majority of his works. Visitors are welcome to tour Melville’s home part of the year, and the surrounding grounds are open for hiking as part of the Melville Trail. Additional sites on the trail are places that Melville visited: Park Square, Hancock Shaker Village, Crane Museum of Paper Making, Balance Rock, Lenox Court House, Tanglewood/Hawthorne Cottage, and October Mountain. 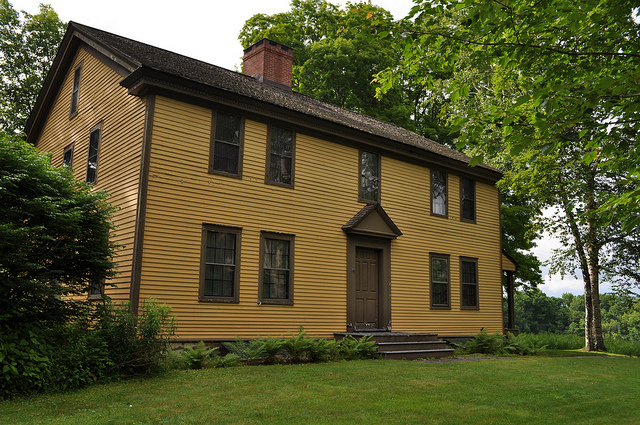 Arrowhead has sweeping views of the highest point in Massachusetts, Mount Greylock. Mount Greylock remained a place of importance to Melville and his family. Not only was the spot used for Melville’s social gatherings, the novel Pierre is dedicated to the mountain itself. It is rumored that Mount Greylock’s snow-capped peak looming over the valley looked like the profile of a whale. An inspiration, perhaps, of the grandeur embodied by the infamous white whale. 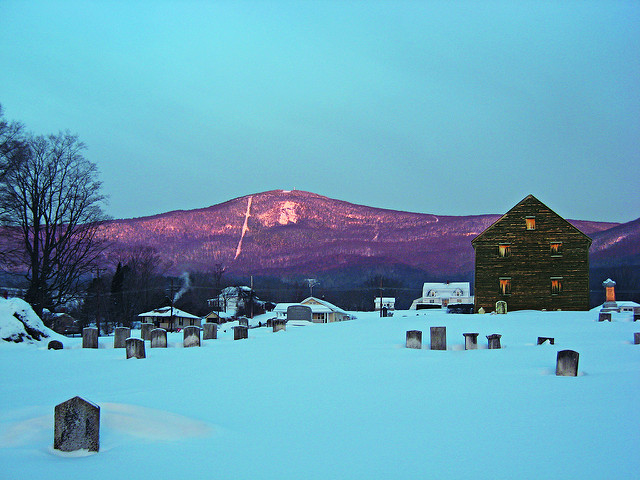 A snow-capped Mount Greylock, as Melville might have seen it

It’s worth noting that Moby Dick may not have come to be without a dear friendship that began on Monument Mountain. While hiking with mutual friends, Melville and author Nathaniel Hawthorne were introduced, sparking a mutual admiration that would carry for ten years. It’s speculated that Melville moved to the Berkshires to be closer to his contemporary, whom he saw often as he wrote Moby Dick. The book that would eventually be dedicated to Hawthorne; a gesture of the bond. 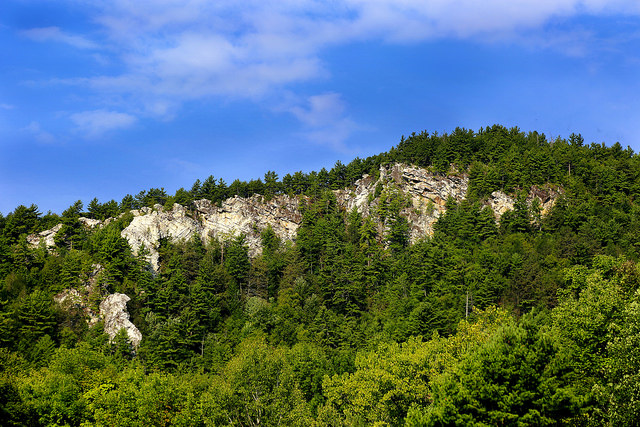 Moby Dick contains references to a number of other locations throughout Massachusetts as well. The protagonist of the novel, Ishmael, sets sail from the port of Nantucket; this was partially inspired by the sinking of the Nantucket ship, the Essex. You can learn more about the Essex, and Melville’s vacations on Nantucket by visiting the Nantucket Harbor and Whaling Museum. Being a sailor himself, Herman Melville also spent time in the town of New Bedford. At that time, New Bedford was the most prosperous whaling town in the world. Melville began his travels from Nantucket, inevitably providing oodles of inspiration Moby Dick, Typee: A Peep at Polynesian Life, and Omoo: A Narrative of Adventures in the South Seas. To discover more about Melville’s travels, as well as the importance of the whaling industry in Massachusetts, the New Bedford Whaling Museum is a must see. 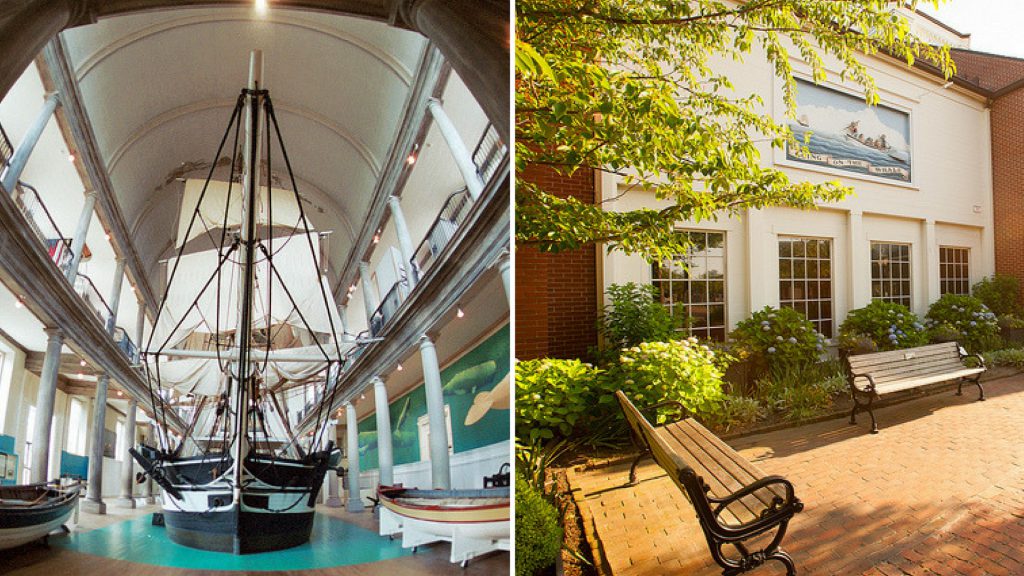