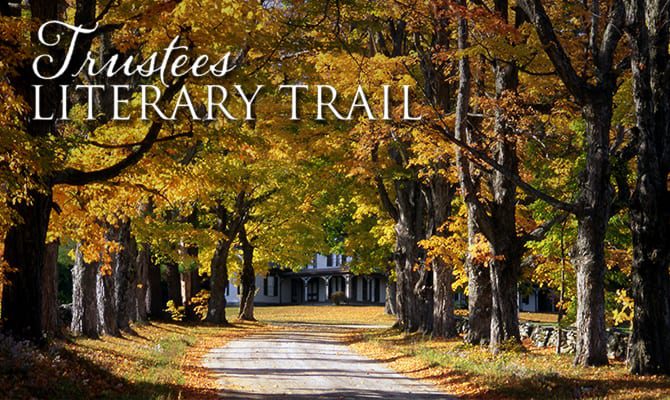 Posted by The Trustees of Reservations, guest blogger of thetrustees.org

In addition to the miles of beautiful wooded trails, open beaches, and green pastures found on The Trustees’ 116 properties around the Commonwealth, many of these natural landscapes are also cultural destinations steeped in rich history. A source of inspiration and refuge for many revered literary and artistic masters before they became Trustees properties, nine sites are now linked through a new self-guided Literary Trail  which takes literary pilgrims across Massachusetts on a journey where they can delve deeper into their stories and history. 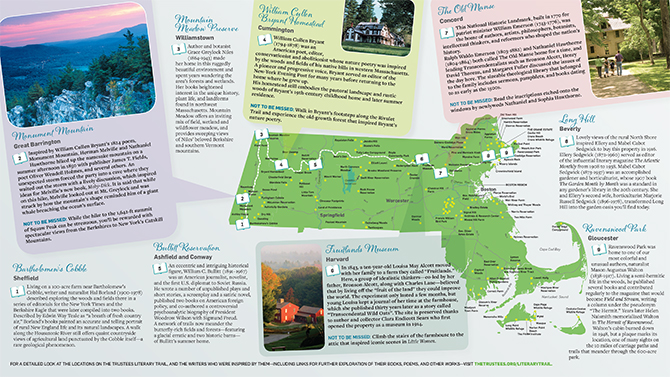 Complementing this new tour is a detailed Literary Trail Map highlighting stops such as  Bartholomew’s Cobble. Located in Sheffield in the Berkshires, this scenic spot was often visited by writer and naturalist Hal Borland, known for describing his walks at the Cobble in a series of editorials in the New York Times and The Berkshire Eagle. Down the road, Monument Mountain in Great Barrington is where Herman Melville and Nathaniel Hawthorne famously hiked and found inspiration. Further east toward Cummington, the William Cullen Bryant Homestead  sheds light on the famous American poet, conservationist, abolitionist, horticulturalist and editor and publisher of the New-York Evening Post. Near Greater Boston, enthusiasts can visit famous sites such as the Old Manse in Concord, home of famed Transcendentalists Ralph Waldo Emerson and Nathaniel Hawthorne, and Fruitlands Museum in Harvard, best known as home to Louisa May Alcott and her father Bronson.  For those who can take a bit more time at each stop, The Trustees offers programs throughout the year at several sites, including upcoming holiday house tours and events at some of the historic sites located on the trail. Visit www.thetrustees.org/thingstodo/ for more information. 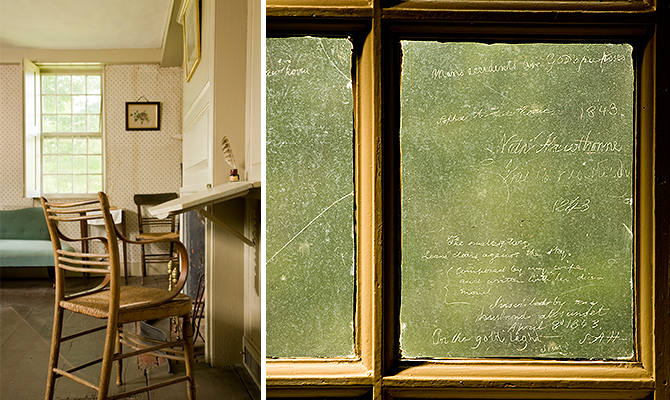 The Old Manse boasts many special nooks, among them the Hawthorne Study with beautifully etched poems in the windowpanes.

Fruitlands Museum in Harvard takes its name from an experimental utopian community led by Transcendentalists Bronson Alcott and Charles Lane that existed on the site in 1843. Continuing the language of nature conversation amid an appreciation for landscape, writing, and art, are several extraordinary exhibitions. Portraits and Penmanship: The Appletons in Their Own Words explores the personal and public life of the Appleton family – who ran the longest-operating dairy farm in America for nine generations – through family portraits with original letters, toasts, and writings that provide intimate views of one of America’s oldest and most influential families. A New View: Landscapes from the Permanent Collection, the largest grouping of landscape paintings from the museum’s permanent collection to be exhibited in 70 years, features more than fifty 19th-century landscape paintings including works by Hudson River School painters Albert Bierstadt, Thomas Cole, Frederic Church, and some of their contemporaries (who collectively helped inspire the conservation movement).

Fruitlands Museum’s newest exhibition, Conversations in Craft, is a collaboration with The Trustees and the acclaimed North Bennet Street School (NBSS) of Boston which features newly-created, original pieces of wooden furniture made by NBSS staff and alumni. Each participant worked closely with Trustees’ Senior Curator Christie Jackson to select a piece of historical furniture from The Trustees’ collections to “respond to.” Each pair of objects – old and new – are displayed together and celebrate the rich tradition of woodworking in New England that continues to this day. 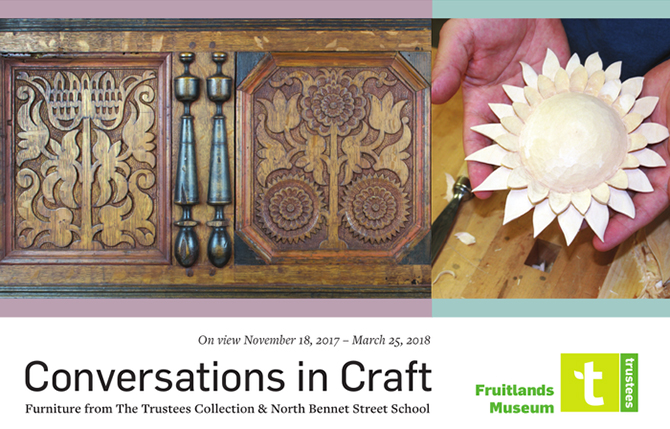 On another literary note, seven Trustees properties now host Little Free Libraries as permanent additions, including: Crane Beach in Ipswich, the Eleanor Cabot Bradley Estate in Canton, Fruitlands Museum in Harvard, The Stevens-Coolidge Place in North Andover, The Old Manse in Concord, the William Cullen Bryant Homestead in Cummington, and The Mission House in Stockbridge. The libraries are available outdoors, spring through fall, for people to donate and/or take a book to read and enjoy. 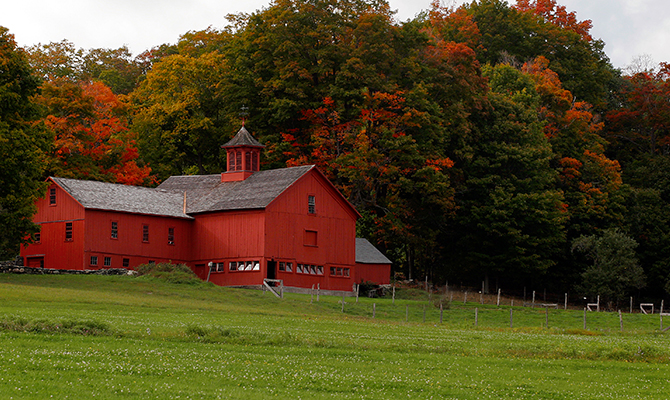 Picturesque setting of the Bryant Homestead.

Photos courtesy of the Trustees.