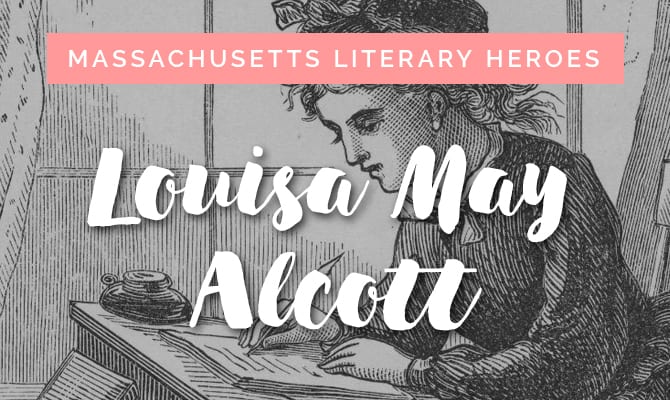 Massachusetts is proud to have served as home and inspiration to some of the greatest American writers of all time. Fostering, encouraging, and promoting talent has long been a part of the culture of the Commonwealth. In this series dubbed Literary Heroes, we connect Massachusetts writers’ works with notable sites and locations, unveiling their significance then and now. In this edition we take a look at beloved author, Louisa May Alcott.

American literary icon, feminist, and abolitionist writer, Louisa May Alcott, based a majority of her collected works on her life in Massachusetts. From her childhood in Concord to adult years in Boston, and seven month stay at the Fruitlands in Harvard, her influence and legacy can be felt across the state.

Louisa May Alcott is best known for her iconic children’s novel Little Women, a semi-autobiographical account of Alcott’s own life. This coming of age novel was written due to a lack of available reading material for young women at the time, and tackled many prominent issues of the day, including the role of women in the household. Little Women is full of references to Alcott, including her close, yet imperfect, relationship with her three sisters, struggles with poverty, and subtle influence of Transcendentalist philosophy on daily life.
Alcott wrote more than thirty books, essays, novellas, and poems during her lifetime, including two sequels to Little Women, two adult fiction novels under the penname A. M. Barnard, along with commentaries on her family and life in Transcendental Wild Oats, Hospital Sketches, Work: A Story of Experience and An Old-Fashioned Girl.

Alcott moved nearly twenty-two times in thirty years, primarily in and around Concord, Boston, and Harvard.
The most famous home of Alcott and her family is the Orchard House in Concord. Here, Alcott wrote Little Women at the shelf desk built by her father in her bedroom – which still exists in the house today. Almost 80% of the furnishings in the Orchard house were owned by Alcott and her family, providing an authentic look at what life was like for one of America’s most famous authors. 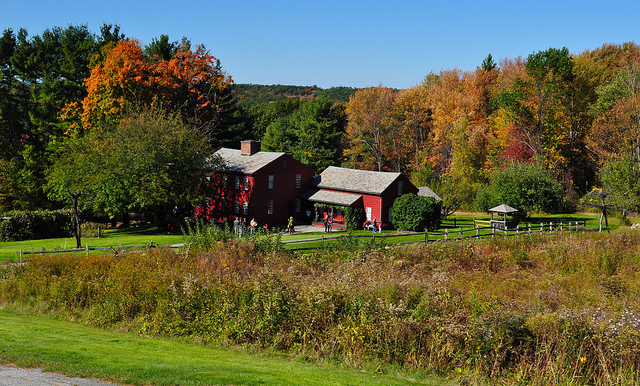 The barn made famous in the early chapters of Little Women

A short trip down the road stands the barn where Alcott and her sisters wrote and performed plays for the community; events forever immortalized in the chapters of Little Women. This barn is located at The Wayside, eventual home of author Nathaniel Hawthorne, where the Alcotts once lived.
Twenty miles west in Harvard, the bucolic Fruitlands Museum stands in a picturesque meadow near the woods. On the grounds of the museum, Alcott, her parents, and seven other individuals started an experiment in utopian, agrarian living called the Fruitlands. This exercise lasted seven months, ending in part due to a tough winter without proper provisions. Alcott’s time spent at the Fruitlands, especially the farmhouse attic, has been memorialized in the early chapters of Little Women.
Alcott also lived in the Beacon Hill neighborhood of Boston, both as a child and later as a published author. Her homes can be explored on the Beacon Hill section of the Boston Women’s Heritage Trail. 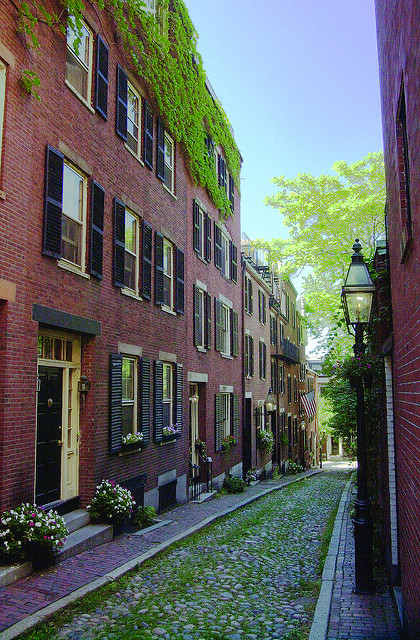 Alcott is buried at Author’s Ridge in Sleepy Hollow Cemetery in Concord, surrounded by her family and other notable writers and luminaries from Concord.

Because Louisa May Alcott grew up in Concord, Massachusetts, she associated with many leading Transcendentalist writers, authors, philosophers, and social reformers of her time. Notables include Henry David Thoreau, Ralph Waldo Emerson, Nathaniel Hawthorne, and her father, educational reformer Bronson Alcott. Their attitudes towards abolitionism, women’s suffrage, access to education, and countless other progressive topics of the time were influential on Alcott and her work.