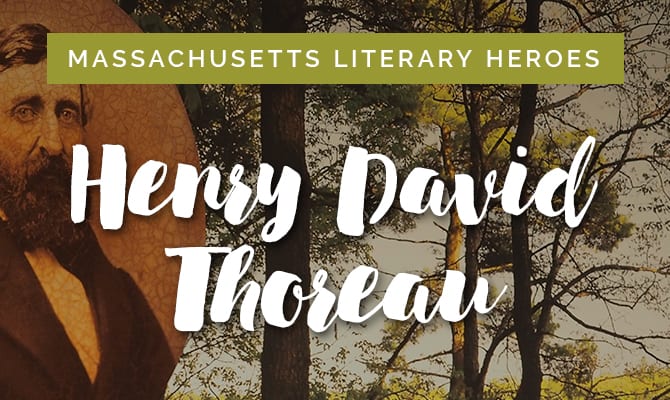 Massachusetts is proud to have served as home and inspiration to some of the greatest American writers of all time. Fostering, encouraging, and promoting talent has long been a part of the culture of the Commonwealth. In this series dubbed Literary Heroes, we connect Massachusetts writers’ works with notable sites and locations, unveiling their significance then and now. Henry David Thoreau, renowned essayist, poet, philosopher, and naturalist, stands in the spotlight for this exploratory. Download the Thoreau’s Concord itinerary for a special journey to Massachusetts sites touched by the life and works of Thoreau.

Thoreau’s work immortalized the intrinsic beauty Massachusetts, and is grounded in a fundamental pillar of Transcendentalist philosophy: respect and celebration of nature. One of Thoreau’s best-known works, Walden, is a memoir of his two year, two month, and two day exercise in simple living in a cabin on the shores of Walden Pond in Concord. Equal parts memoir and social commentary, Walden embodies Thoreau’s ideas on how nature provides guidance in leading an ethical and moral life.

An avid naturalist, Thoreau wrote various works centered on his travels throughout Massachusetts. Cape Cod, a travelogue of sorts, details his many treks across the peninsula, with particular appreciation for the upper Cape’s quaint, seaside towns and sweeping ocean views. Thoreau also wrote A Week on the Concord and Merrimack Rivers, describing a boating trip he and his brother took from Concord, MA to Concord, NH.
Early works included regular essays in The Dial, a leading Transcendentalist newspaper of the time. Around the same period, Thoreau began extensively detailing his daily life, thoughts, and observations in a series of journals; they are considered to be some of his most important independent work. In addition to a permanent collection of Thoreau artifacts, The Concord Museum is hosting a special exhibit of his journals on view through January 21, 2018.
He also published various political works, including Civil Disobedience – which calls for the nonviolent protest of oppressive political systems – essays on the abolitionist movement, and the importance of the conservation of land for public use. 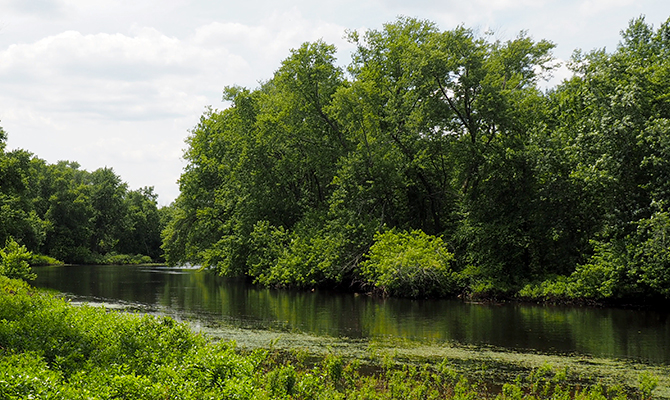 The Concord River on an idyllic afternoon

Much like his Transcendentalist companions, Thoreau spent a majority of his life in and around Concord. As previously mentioned, Walden was written in a small cabin on the shores of Walden Pond. You can visit the site of the original cabin, as well as a replica located near the Walden Pond Visitor Center, and hike various trails through Walden Woods to see what inspired this prolific author for yourself.
Thoreau resided in a number of homes throughout Concord. His birthplace, The Minott House, is located on the grounds of what is now known as Thoreau Farm. Just a ten minute drive away is 185 Main Street; now a part of Concord Academy, it was home to Thoreau and his family for eight years. A couple houses down, 255 Main Street – also known as the Thoreau-Alcott House – is where Thoreau passed away in 1862.

Inspiration for Thoreau’s writings came from other areas in Massachusetts, too, such as scenic Cape Cod. He embarked on many journeys across the peninsula from 1849 – 1857. Western Massachusetts was of note as well; He describes the view from Mount Greylock in the Berkshires as, “…a country as we might see in dreams, with all the delights of paradise.”
Thoreau is buried on Authors Ridge at Sleepy Hollow Cemetery. His grave is often marked by the presence of wildflowers dropped off by poet-naturalists wanting to pay their respects to this iconic writer.
These, of course, are but a few of the many locations Thoreau left a fingerprint. Check out Thoreau’s Concord itinerary for more on what to see and do in Concord and beyond.

Thoreau is often considered a pioneer of the Transcendentalist movement in the United States, and not surprisingly, surrounded himself with creatives of a similar mindset, including: Ralph Waldo Emerson, Nathaniel Hawthorne, Margaret Fuller, William Ellery Channing, and Bronson Alcott (father of Louisa May Alcott). His philosophy of civil disobedience is said to have inspired political figures as far ranging as Martin Luther King Jr. to Leo Tolstoy. Even today, his influence continues to be felt through the ever-evolving literary landscape and American culture. 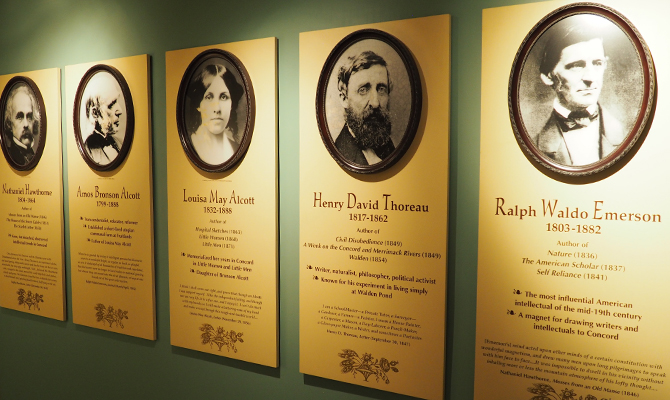 The Concord Museum features collections from Thoreau and his contemporaries