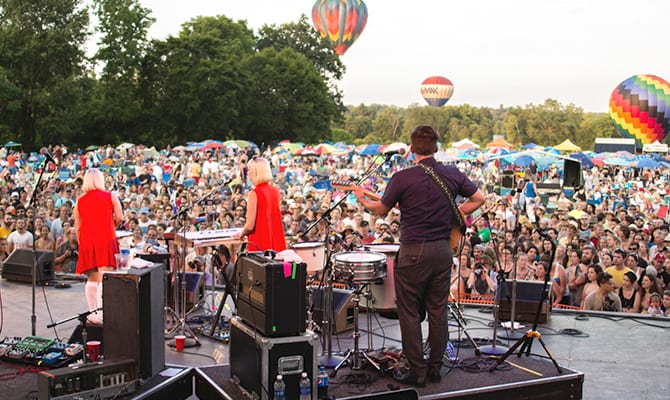 Summer is most definitely a season for jigging, jamming, and jiving to some groovy tunes! Whether it be a concert or a festival, Massachusetts is hosting an earful of music events. Check out this ultimate festival guide and get ready to take on a musical journey through Massachusetts. 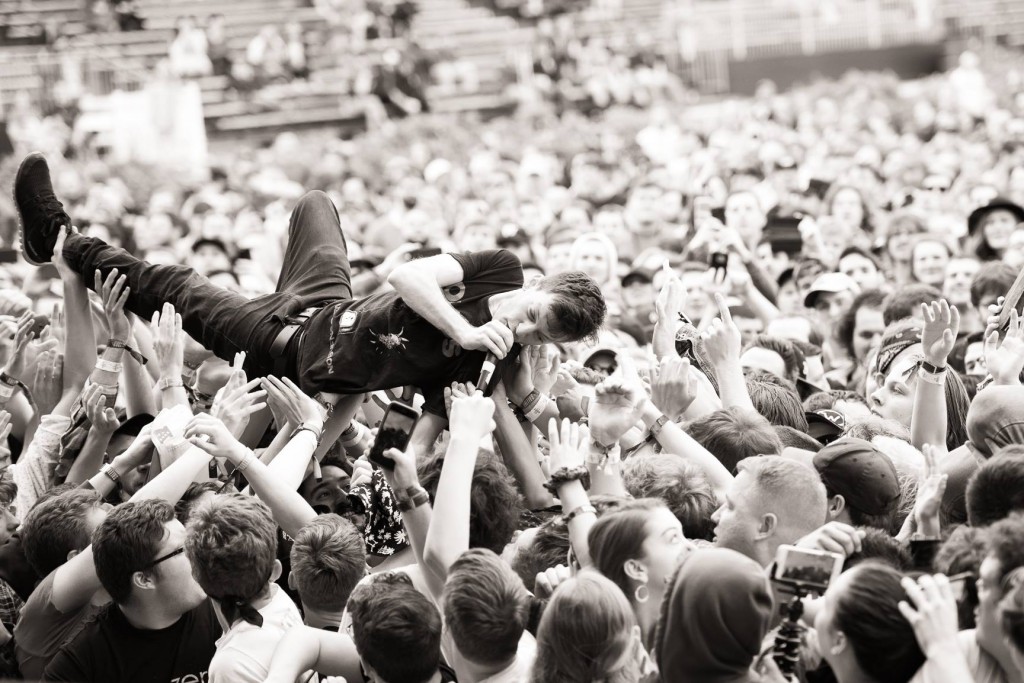 The unofficial kick-off to summer music season: Boston Calling. Since the summer of 2013, the city’s biggest music festival, has been a highly sought out three-day event by locals and tourists alike. With big-name musicians and bands such as Mumford & Sons, Flatbush Zombies, Mac DeMarco, Major Lazer, The XX, and [a comedy experience with] Hannibal Buress, it is clear why the festival earned a great deal of attention and an increase in demand compared to previous years. Word on the street, the festival truly outshined itself this go around which gives us high hopes for the years to come. In the case you didn’t make it this time, don’t stress because a new lineup will be carefully crafted and catered to music lovers for the summer of 2018.
bostoncalling.com
May 26th–28th, 2017 | 2018 dates TBD
Harvard Athletic Complex, Allston

Boston Early Music Festival is highly recognized as a leading event in the early music genre, as acclaimed by multiple news journals. Early music, as a friendly reminder, is western classical that predates Medieval and Renaissance music. The festival was founded in 1980 by leading practitioners of historical performance—according to the BEMF website. The festival includes concerts, operas, symposiums, fanfare, dance workshops, and more all located in Boston, MA.
bemf.org
June 11th-18th, 2017
several venues in Boston

Although not technically a festival, it would be a psychedelic present for Father’s Day June 18th, if you have a Deadhead in the family! The group is known for their lengthy instrumental jams during live performances that most can boogie to all night.
deadandcompany.com
June 17 & 18, 2017
Fenway Park in Boston 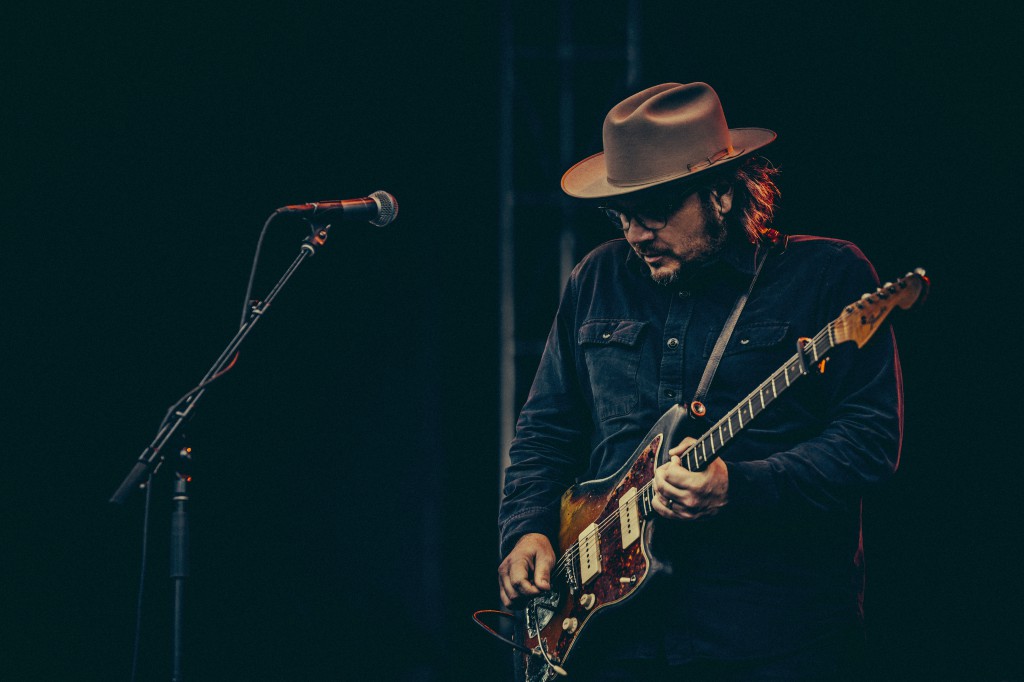 Solid Sound Festival A.K.A. Wilco’s Music & Arts Festival is three-day event that celebrates a diverse collection of art, comedy, and music. The family-friendly festival was established by the Grammy award-winning band Wilco, guaranteeing an impressive lineup of established and rising talent. The Boston Globe gave a glowing review writing, “Solid Sound has never been your typical music festival. It’s more like the backyard party Wilco would throw for its friends, if its backyard encompassed a contemporary art museum nestled amid the Berkshires.” The festival hosts roughly 8,000 visitors per day coming far and wide to enjoy three outdoor stages and two indoor venues, so make sure to buy your passes soon! Lineup includes: Daniel Bachman, Kurt Vile, and of course Wilco.
solidsoundfestival.com
June 23rd-25th, 2017
Mass MoCA in North Adams

Make a day out of Bridgewater this 4th of July. Head to the Bridgewater Arts & Music Festival held on Bridgewater State University’s lush campus! The festival starts at 10 a.m. immediately following the red, white, and blue parade in town. The musical performances primarily touch on the genres blues, folk, and rock, which will be complemented with crafters and vendors displaying handcrafted items such as jewelry and art work.
bridgewater4th.com
July 4th, 2017
The Quat at Bridgewater State University in Bridgwater 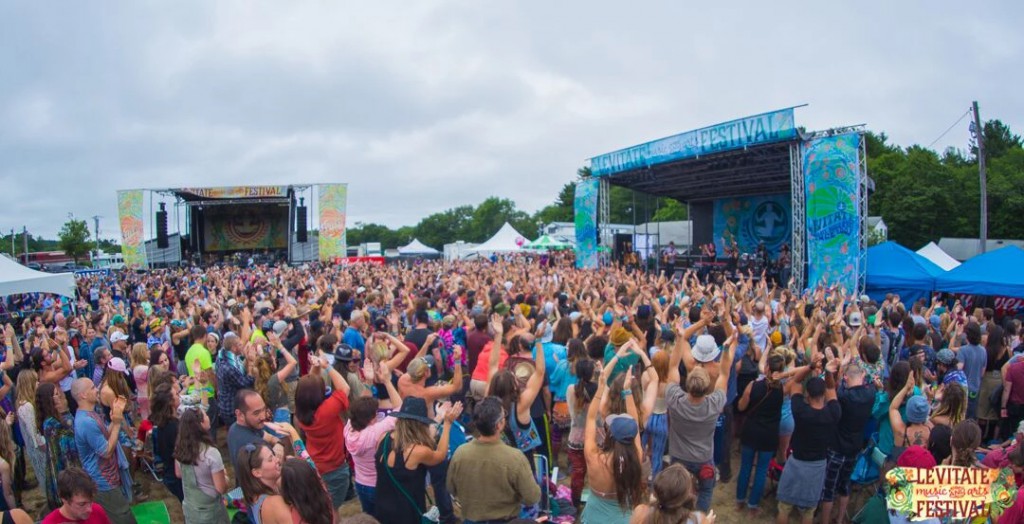 Three stages, 20 bands, art vendors, food trucks, cold beer… who could possibly need more? The festival’s foundation is built on a community oriented surf/skate shop and apparel line, Levitate, so expect these two days to be pretty radical. Originally a festival organized to celebrate the Levitate brand’s ten year anniversary, it has now grown to be one of New England’s premier grassroots festivals. Their rock star line-up includes Ziggy Marley, Twiddle, Deer Tick, and so many others!
levitatemusicfestival.com
July 8th & 9th, 2017
Marshfield Fair Grounds in Marshfield

Come and celebrate 31 years with The Green River Festival! Alongside an array of music performances, the festival will have local food, beer and wine, hot air balloon rides, and kid’s activities. According to the festival’s official website, “[it] has hosted dozens of legendary performers from many genres of music from fold to indie rock, reggae to Cajun & Zydeco, Alt. Country to blues and everything in between. This musical smorgasbord unfolds with over 30 bands on three stages featuring easy access plus great sound and sight lines.” The festival also notably received a shout-out from Rolling Stone Magazine naming it one of 2015’s must-see music festivals, as well as The New York Times claiming it as one of the fifty essential summer music festivals.
greenriverfestival.com
July 14th-16th, 2017
Greenfield Community College in Greenfield

Toot your own horn! The 4th annual free Cambridge Jazz Festival is happening again! The headliner—drum roll please—is Pieces of a Dream, a trio of jazz prodigies from Philadelphia. The group has been together for an impressive 40 years and has released 21 albums to date. Pieces of a Dream is widely considered “a tough act to follow,” however the festivals lineup includes many other sophisticated and highly skilled saxophonists, jazz guitarists, and singer-songwriters that you don’t want to miss. The jazz fest will also include a diverse selection of food and merchandise vendors which is always music to our ears!
cambridgejazzfestival.org
July 30th, 2017
Danehy Park in Cambridge 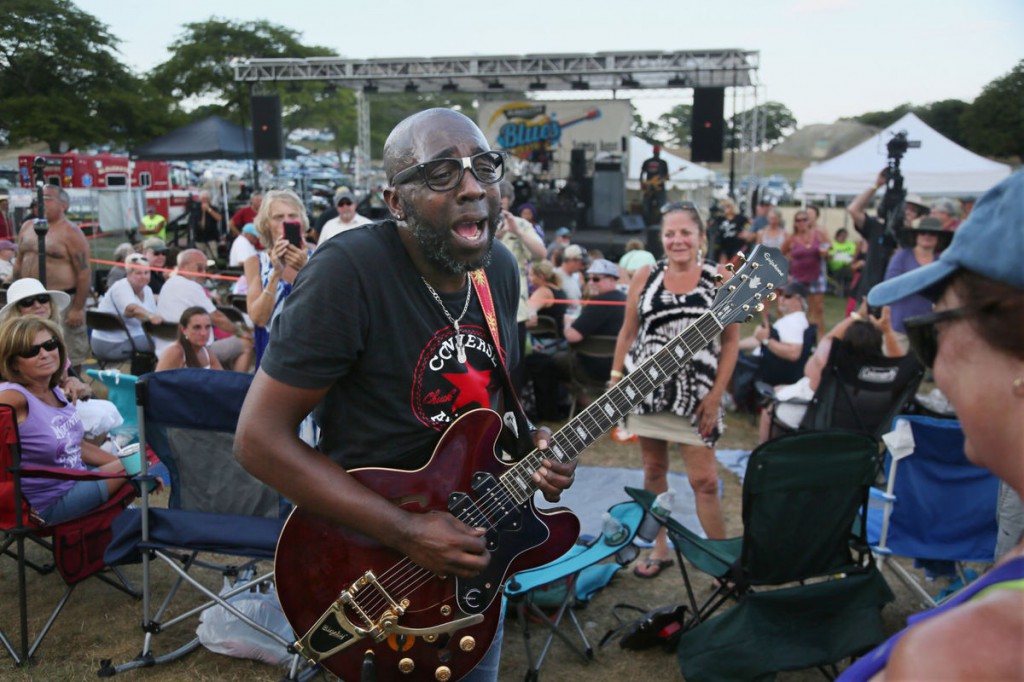 Although this fest is a one day event, it will be hosting some of the nation’s finest blues musicians right on the shores of Cressey’s beach at Stage Fort Park. The gates open at 9 am however, the music does not start until 11 am… this should give you plenty of time to settle in and poke around the beautiful outdoor venue. The event also feature a beer garden and food/craft vendors to keep everyone from feeling blue! The lineup includes Tullie Brae, Vanessa Collier, Jeff Jenson, James Armstrong, Monster Mike Welch-Mike Ledbetter Band, and John Primer to wrap up the end of the day.
gloucesterbluesfestival.com
August 12, 2017
Stage Fort Park in Gloucester

The three-day folk fest plays on all five human senses—sight, hearing, smell, taste, touch—with five stages of traditional music, authentic craft demonstrations, ethnic foods, art and children’s activities, and more. This year the festival is celebrating its 31st anniversary in downtown Lowell with a diverse selection of performers from all over the world chosen by The National Council for the Traditional Arts. The folk fest begins on a Friday evening with a dance parade, and lucky for you, all the performances and activities within the festival are free (food/beverage/merchandise are the exceptions). The musical acts technically all fall under folk, but the style and backgrounds vary immensely. The lineup includes Betsayda Machado y La Parranda El Clavo (Afro-Venezuelan), Dori Freeman (Appalachian song), El Septeto Santiaguero (Cuban son), and Stax Music Academy Alumni Band (Memphis soul).
lowellfolkfestival.org
July 28th-30th, 2017
Downtown Lowell 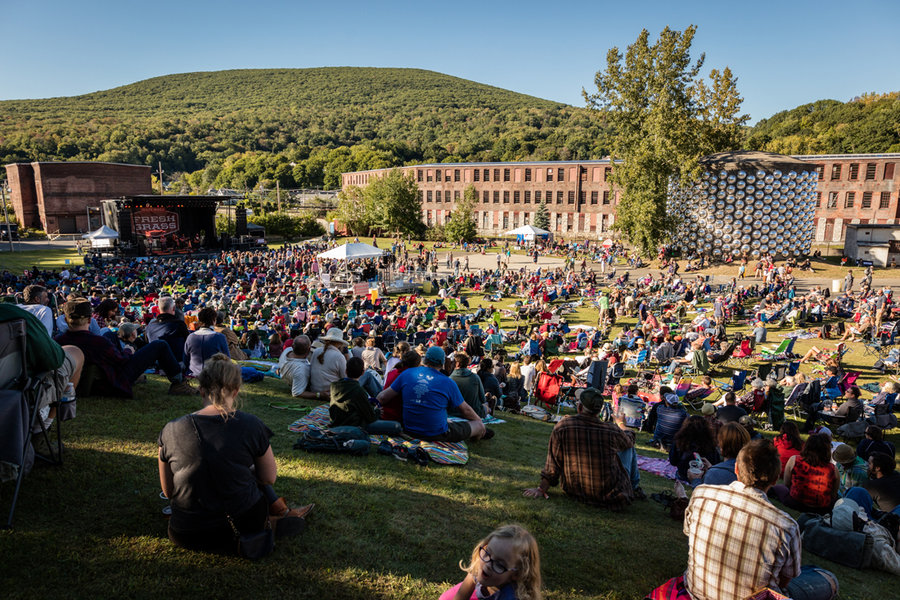 Hollering at all bluegrass fans! The FreshGrass Festival will be flooded with talent on their four stages in a museum’s courtyard/grassy concert meadow amidst the Berkshire Mountains. As described on the festivals website, “The lineup is jam-packed with guitar gods and banjo gurus, traditionalists and trailblazers—artists you already know and love along with new FreshGrass discoveries. Taken together, it’s an expansive group of performers who both draw on the past and look to the future.”
freshgrass.com
September 15th-17th, 2017
Mass MoCA in North Adams
Feature image, Lucius|Green River Fest 2014|photo by Doug Mason