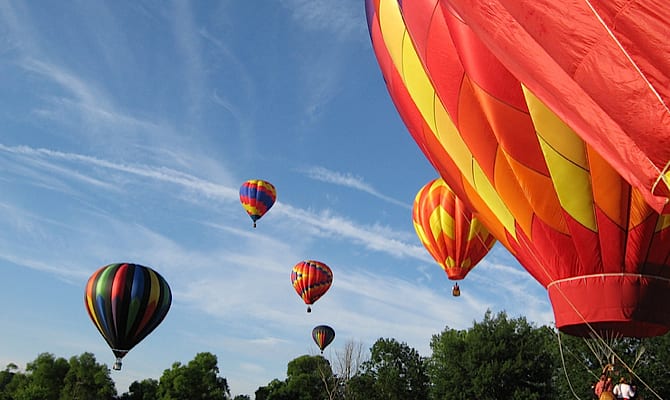 The Green River Festival, the Pioneer Valley’s Most Anticipated Summer Music Festival Set for July at Greenfield Community College
Everyone in the Pioneer Valley is getting excited about the biggest musical event in the area – The Green River Festival – taking place on the lawn at Greenfield Community College from July 14-16, 2017. We spoke with the festival director, Jim Olsen, about how planning and ticket sales are going for this year’s fest, headlined by Lake Street Dive and The Mavericks, and about some of his favorite acts and what else is new for festival-goers. 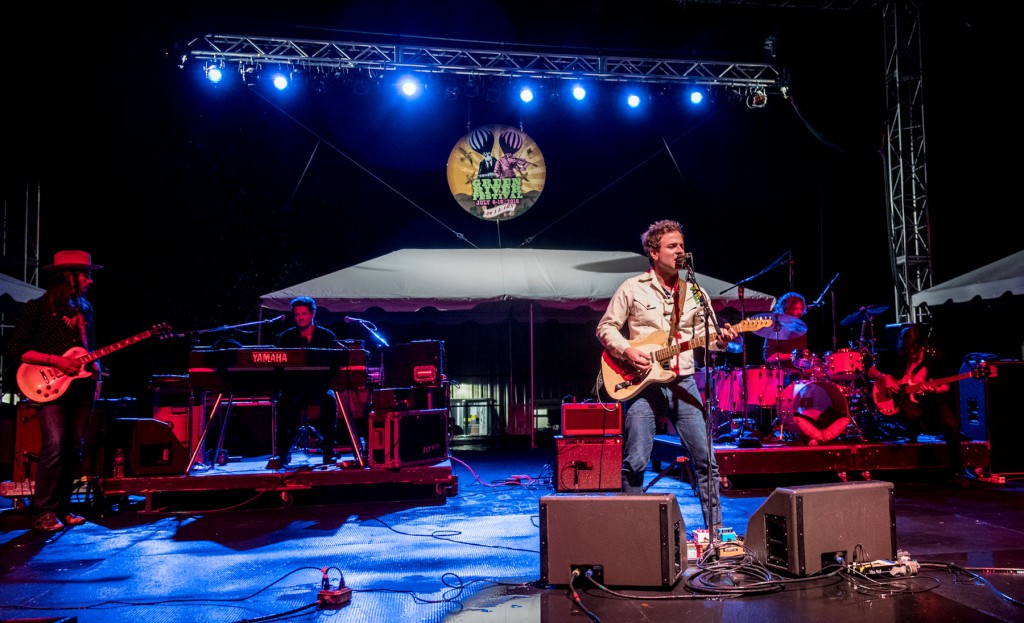 This year the town of Greenfield wanted to get more involved with the fest, and there will be GRF showcases to be held on Thursday, July 13 at the Greenfield Energy Park.  Here, a bunch of local brewers and some traditional favorite restaurants like Hope and Olive and the People’s Pint and Magpie will be vending and sharing their foods with locals. These restaurants can’t keep up with the huge volume that festival food vendors are used to, so this smaller venue will be a nice kickoff and chance to sample eats and brews from local establishments. 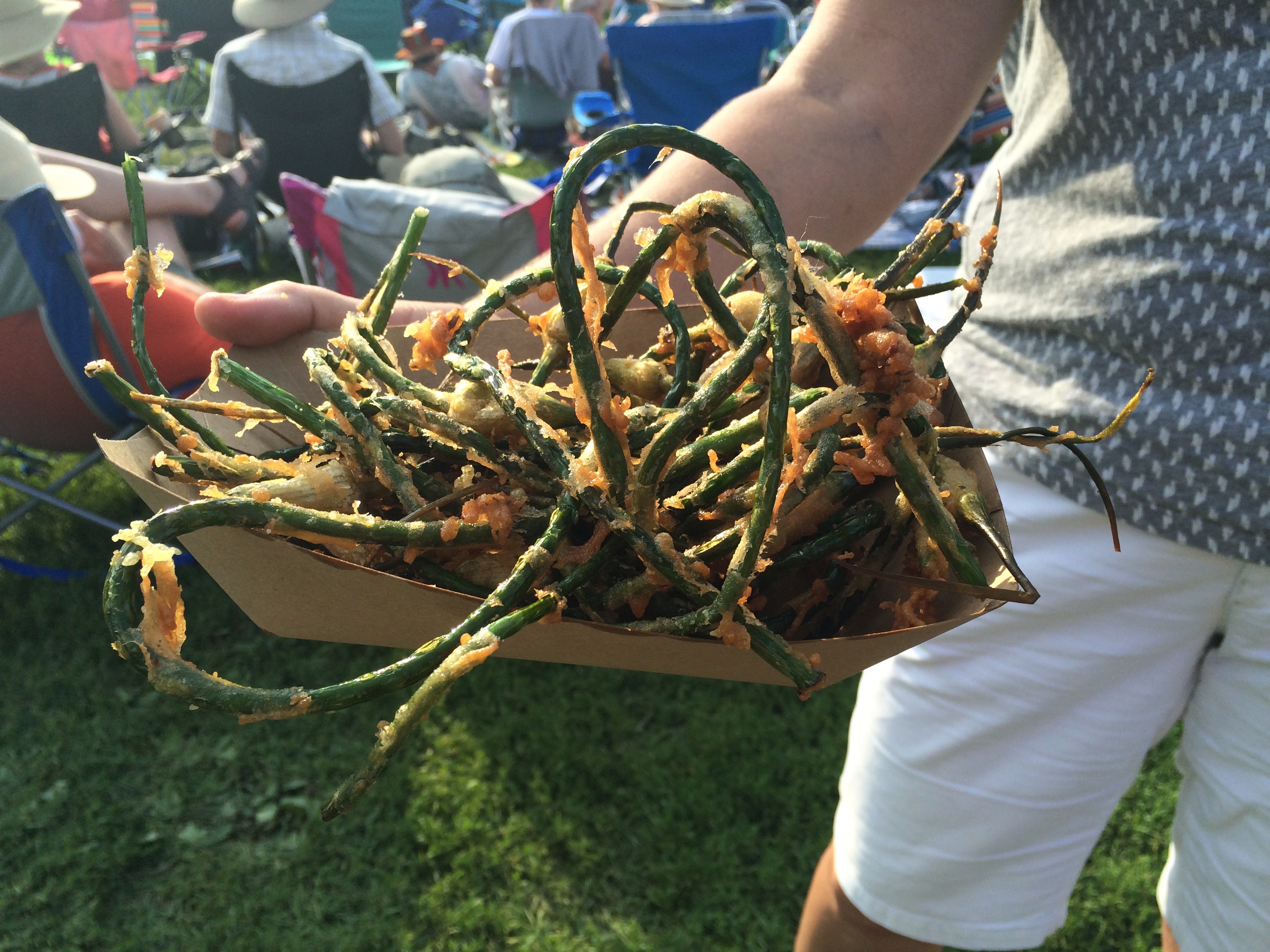 Garlic scapes for sale. Have you ever tried them? photo credit: GoNomad.com

Local bands Colorway, The Fawns, and Trailer Park will play at this small park that was once the town’s railway depot, on Thursday July 13 from 5-9 pm.
For anyone coming from eastern Mass, there are plenty of options for camping at the festival, since it’s a three-day event. Last year, Jim said, campers got a reprieve from the rainstorm that pelted down on Saturday by moving their tents into the empty horse stalls at the Franklin County Fairgrounds.
Even with the rain, I can attest I had a blast at last year’s GRF, since we were unusually well protected by investing in a few Sport’brellas and tarps and everyone seemed to be in a good mood despite the drench. One band I remember well belting out their tunes in the rain was Big Sam’s Funky Nation, who return this year. 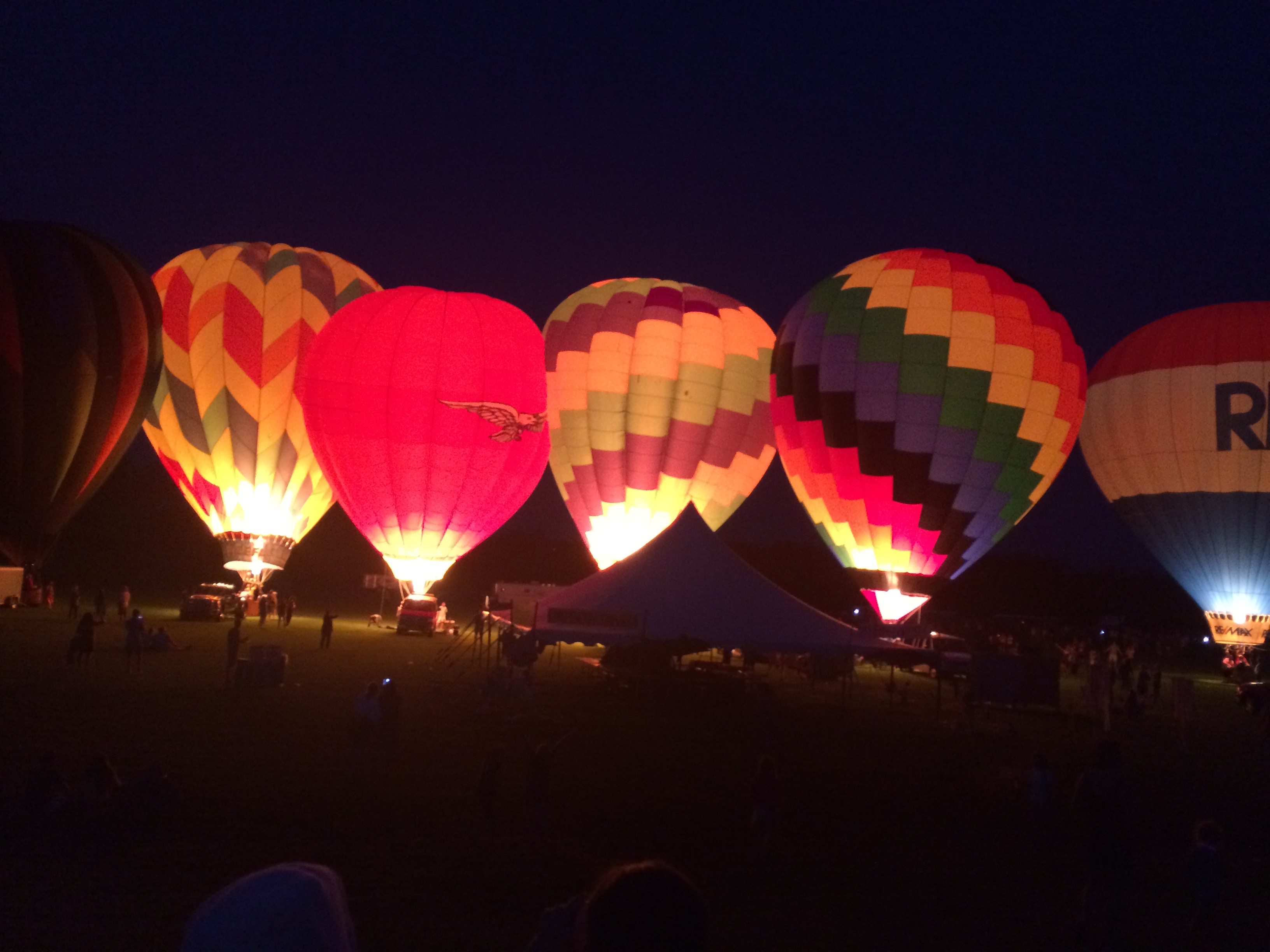 The GRF has become famous for introducing our Pioneer Valley to new musical acts that we most likely had never heard of.  I asked Jim about some of his favorite relatively obscure acts who we’ll get to hear this year.
Jim didn’t hesitate when he mentioned Tank and the Bangas, a band from New Orleans, that he described as an old school hip-hop band, a Digable Planets/Fugees, roots-oriented band, who won this year’s NPR Tiny Desk Concert,beating out 6,000 other bands. A “super charismatic front woman, a poet and a big spirit,” he said. 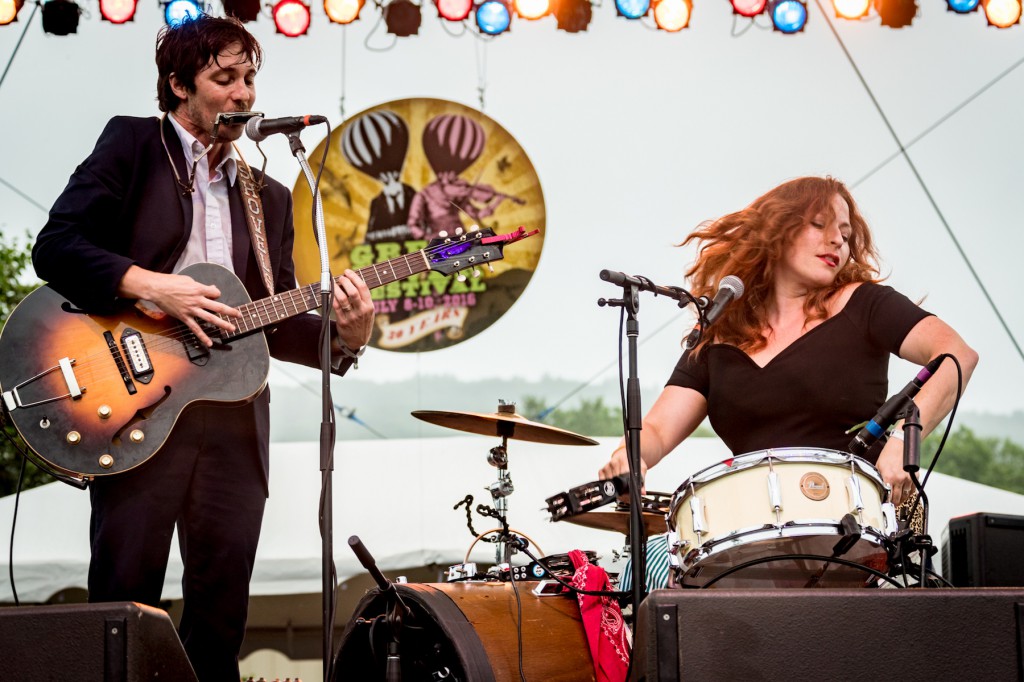 Chicano Batman is another stand-out, he said.  “They have an old time sound, somewhere between Santana and Sly and the Family Stone, a Latin thing, but sung in English.” I asked him how he finds these bands, and he said that since he’s working on this festival and his music label all year ‘round, they pop up under the radar. “You start hearing buzz about some bands, and if you can grab them, you do.”
A third band to watch, Jim said, is San Fermin, from Brooklyn, a bit a multi-racial, male-female indie-pop band along lines of Arcade Fire. They play dramatic, interesting stuff, Olsen said. 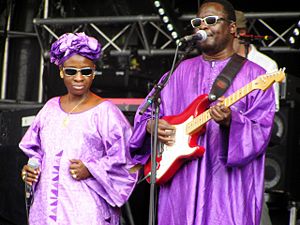 Amadou and Mariam, from Mali, is another new band to the fest, who don’t play that often in the US, but who have huge followings in Europe and in Africa. “They are a great Afro-pop band, and have hundreds of thousands of fans, but since their Facebook page is in French, they’re overlooked.  Their music that mixes traditional Mali sound with rock guitars, Syrian violins, Cuban trumpets, Egyptian ney, Indian tablas and Dogon percussion. In combination these elements have been called “Afro-blues”.
New this year for kids is the KB Whirly’s Magical Music House, a tiny musical house (a trailer) that’s a pop-up theater and an interactive multi-media show for kids and families. A slew of local and regional musicians will play on this new fourth stage, including Dan Bern and the Sweetback Sisters, and storytelling by Paintbox Theater. 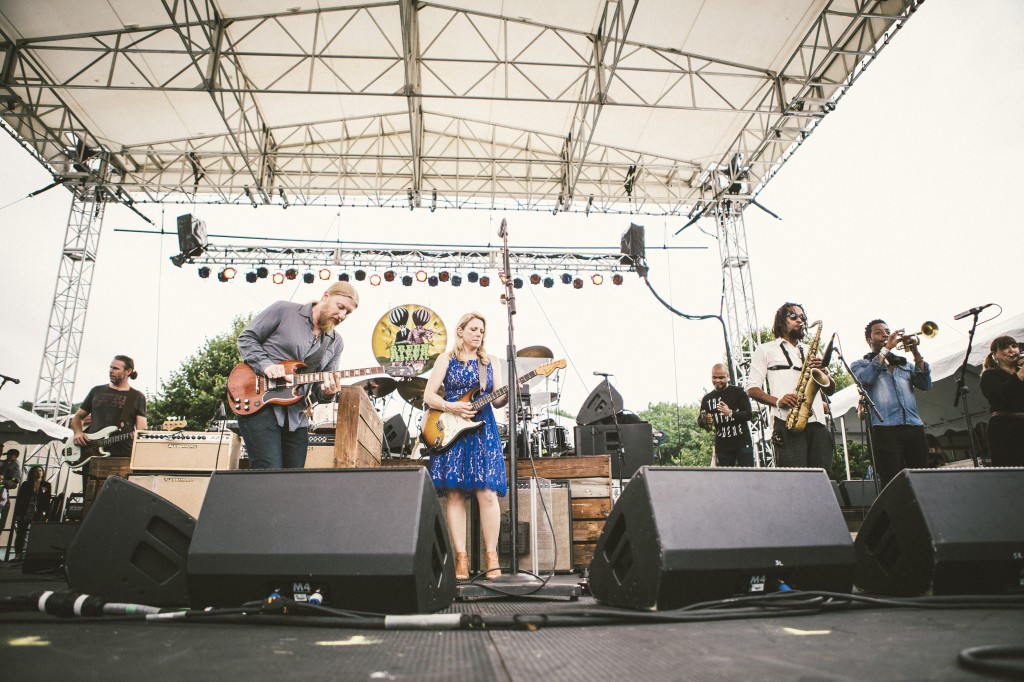 In addition, there will be a new Art Garden Arcade, where kids and families can enjoy lawn and carnival games. At the Art Garden, kids can make masks and use fabric and other upcycled materials to create outfits for the Mardis Gras Parade on Saturday at 7 pm.
Tickets for this year’s Green River Festival can be purchased at the Festival website and the festival runs on Friday, July 14 at 5 pm; Saturday,  July 15 from 12-11pm; and Sunday, 12-8 pm.
Feature photo: Shakey Graves, 2016, photo credit: Joanna Chattman