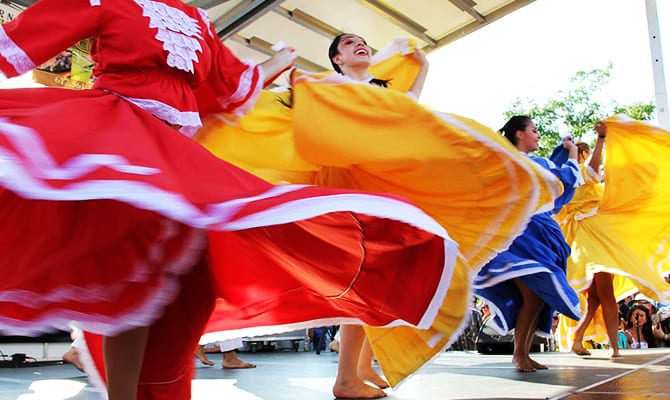 Massachusetts is proud of its diverse population of residents from around the world. Over 140 different languages are spoken by vibrant ethnic communities that share their heritage and culture with all of us.
Recently, state officials at Logan International Airport announced a new nonstop flight on Avianca Airlines between Boston and Bogotá, Colombia, marking the first direct route between Massachusetts and South America.  In that spirit, enjoy a taste of Colombian and Hispanic communities in Massachusetts. 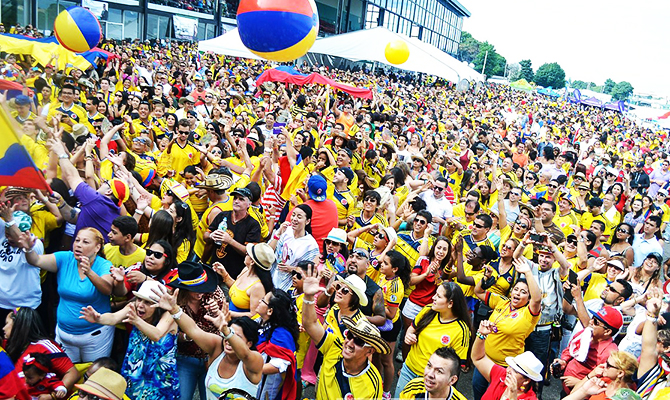 The Colombian Festival in July celebrates Columbia’s Independence Day. In 2016, the annual event was held at Government Center and drew 8,200 visitors to enjoy live performances, family-friendly activities, food vendors and contests. Festival Colombiano Boston prides itself on sharing the cultural roots of Columbia as well as its language, music and cultural diversity.
Boston also hosts the annual Latino International Film Festival held at the Paramount Theater, Harvard University and Northeastern University. Now in its 15th year, the festival showcases feature films, documentaries and animated movies that deal with the importance of the Latino community in the U.S. and Latin America. Past attendees describe the event as accurately portraying the image and representation of the Latino community. This year, the film festival runs from September 28-October 1.
Inquilinos Boricuas en Action in Boston’s South End offers year-round cultural and educational activities that reflect Spanish-speaking communities in Greater Boston at the Villa Victoria Center for the Arts. 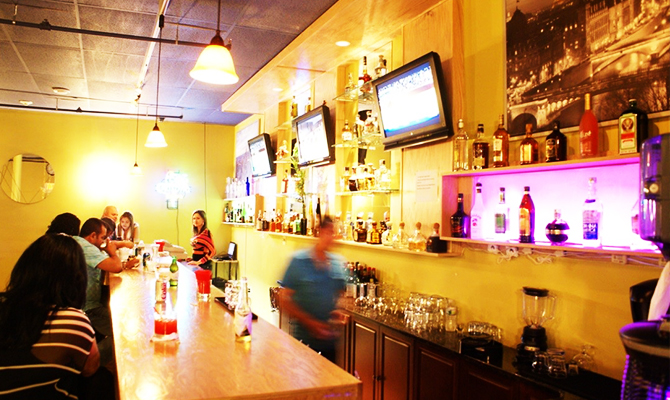 Pueblito Paisa, located in Framingham, is family-owned and focuses on traditional plates found within the area of Antioquia. The restaurant is inspired by a traditional Antioquian village, and prides itself on having dishes passed down from generation to generation.
Another fan favorite, hailed for the best Columbian food in the North Shore, is Las Delicias Colombianas in Revere. A restaurant and full-service bakery, Las Delicias turns into a bar and nightclub complete with dancing and live music.
In Boston, Casa de Pedro in the Seaport District offers Latin American cuisine alongside walls decorated with Colombian paintings of tropical fruits and landscapes. You’ll find live Latin music on the weekends, too! 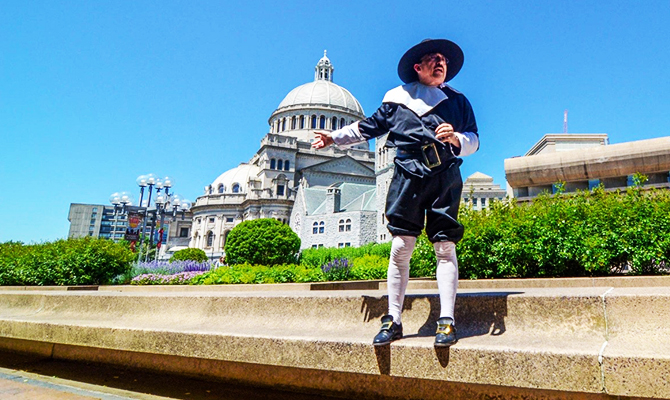 Don Quijote Tours provides guided journeys through Boston as well as surrounding communities such as Cambridge, Salem, Plymouth and Lexington. They also offer full-day excursions to Martha’s Vineyard, Cape Cod, Marblehead, Rockport and Sturbridge.
Boston Private Tours focuses on sights that can’t be missed like architectural highlights, autumn foliage and even lighthouses.
Boston Duck Tours recently incorporated a multi-language, 80 minute tour, for those guests who prefer to learn of Boston’s landmarks and sites in their native language. These foreign language tours are available daily (March-December), every half hour, from the Prudential Center.
North of Boston, check out Vibra Tours in Lawrence, which offers Spanish language tours of New England destinations, including a Salem Tour that focuses on the history, culture and culinary riches of the City of Salem. 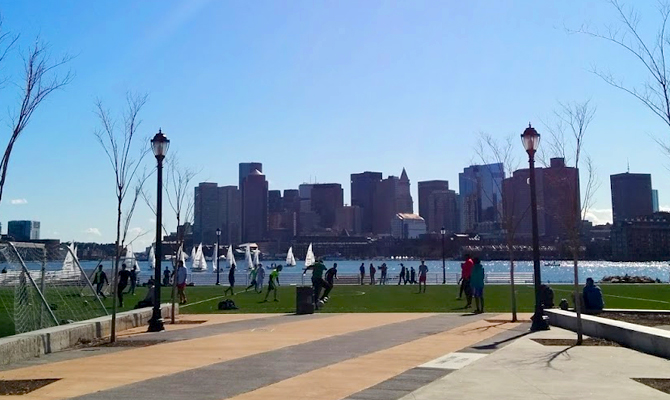 East Boston boasts the largest Latino population within the city, with more than half of the community claiming Latino/Hispanic ethnicity. The multilingual neighborhood, also home to Boston’s Logan International Airport, is one of the fastest-changing and most diverse metro areas in Massachusetts. Eastie is filled with hidden gems for both locals and visitors to explore.
Two landmarks of note include Piers Park – a 600 foot waterfront promenade – ideal for stunning views of the city skyline, as well as outdoor fitness machines, playgrounds, fountains. In the summer, check out free concerts and sailing lessons. The other must-see is The Madonna Shrine, a 35-foot statute overlooking the water.
The Veronica Robles Cultural Center (VROCC) promotes Latin American dance and culture throughout the year.
On the culinary front, check out La Chiva Restaurant for affordable, home style meals on the outdoor patio. La Sultana Bakery serves up Colombian food and baked goods, while Lolly’s Bakery offers Latin American breads, sweets cakes and bread puddings.
East Boston is easily accessible by water taxi or the MBTA blue line.
For future information regarding future festivals, cultural groups, or diplomatic representation, visit the Colombian Consulate of Boston.
Photo source: Festival Colombiano Boston