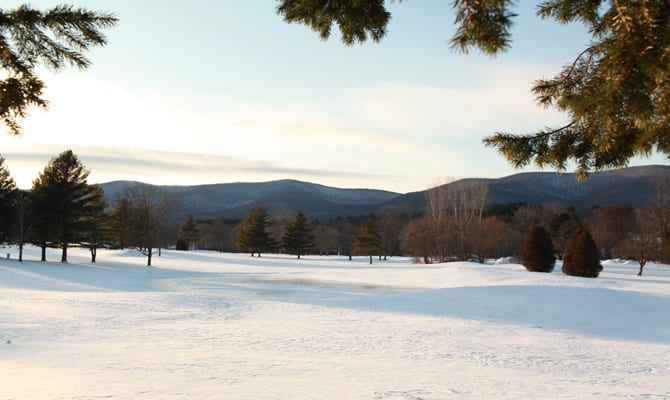 As evidenced by the snowflakes, shopping sales and Christmas lights, winter has pretty much arrived.

While the thought of gray days setting in might not be the cheeriest one, seeing someplace new is a reliably good way to break those days up. In western Massachusetts, the Berkshires are best known for incredible fall foliage, but winter sports, museums and a few special events combine to make the region an attractive winter destination as well.

For your trip planning, here are seven reasons to visit the Berkshires during the next few months. 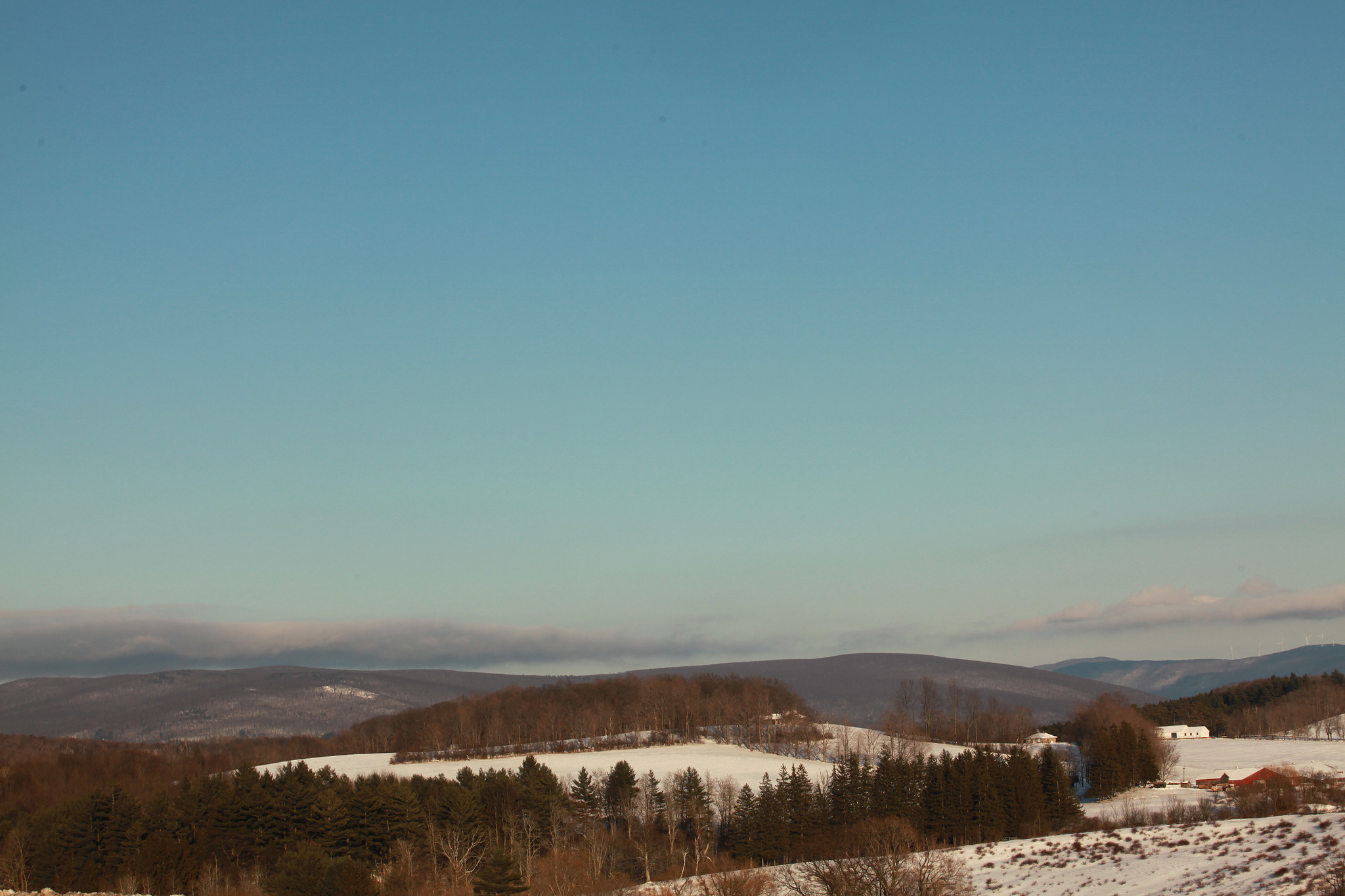 1. Skiing & Snowboarding
Home to half of Massachusetts’ 12 ski areas, the Berkshires are a haven for snow bunnies during the winter months. Powder production has already started at several of the larger resorts, and will no doubt soon pick up at the others, giving skiers and snowboarders plenty to choose from for some time on the slopes. When it comes to picking the mountain, lodge and sorting out the rest of the details, you can do all that in one place. 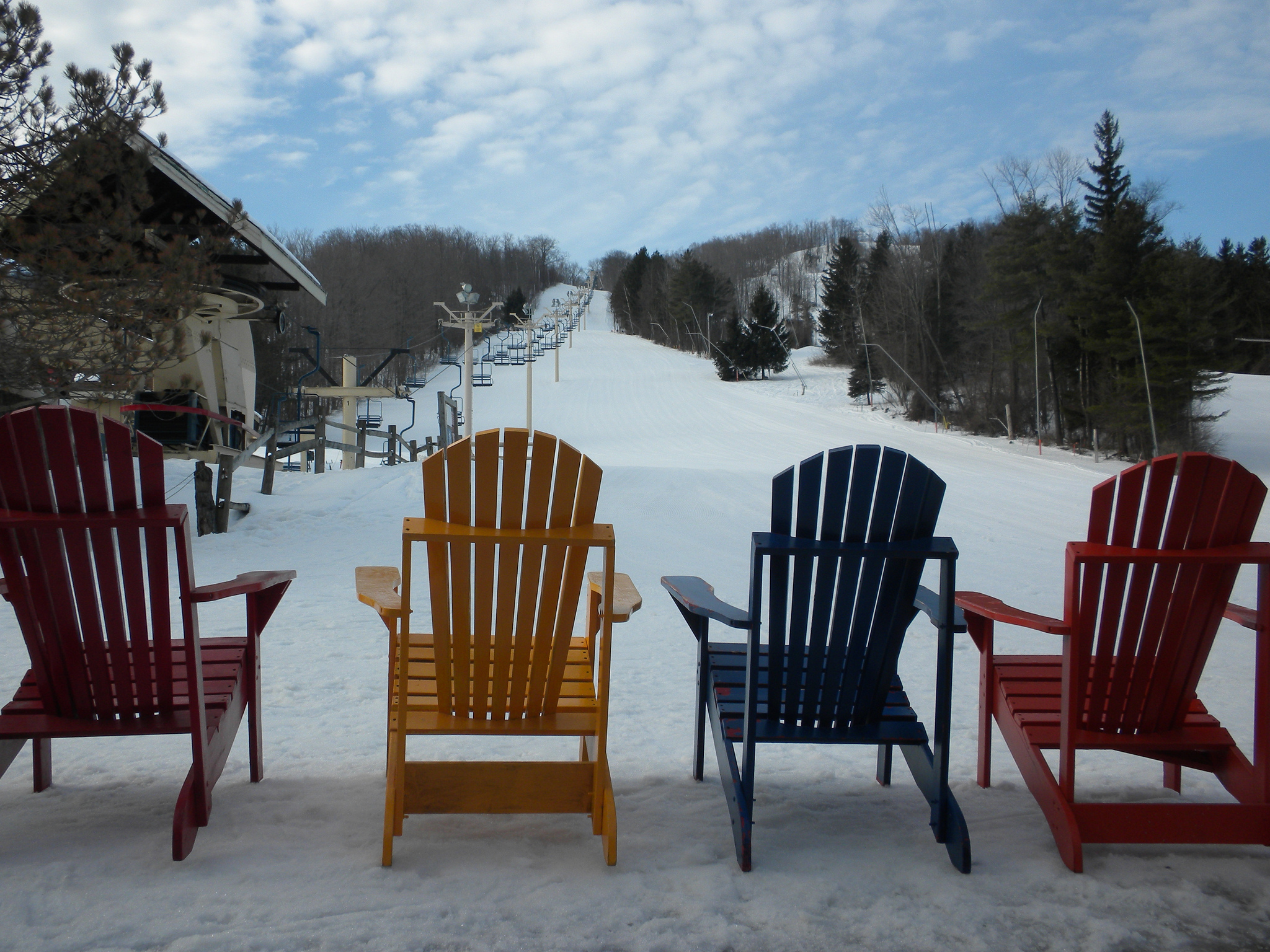 Photo: Waiting on some action at Bousquet Ski Area by Ogden Gigli

2. North County Eats
Just by itself, North County Eats make a pretty persuasive reason to visit the area in late winter. From January 23 to February 1, some of the top restaurants in the northwest corner of Massachusetts will serve up prix fixe meals, a real treat for diners’ palates and wallets. This year’s participating list is yet to be announced, but the event is hosted in close tandem with the Williamstown Chamber of Commerce, so their website has the likely suspects, as well as good places to stay.

3. A Unique Perspective on Humankind
Contrary to the old saying, beauty is not just skin deep, and recent visitors to the Massachusetts Museum of Contemporary Art can attest to that. In June, the North Adams museum welcomed It’s Only Human, an intriguing installation that examines human beings from the inside out. 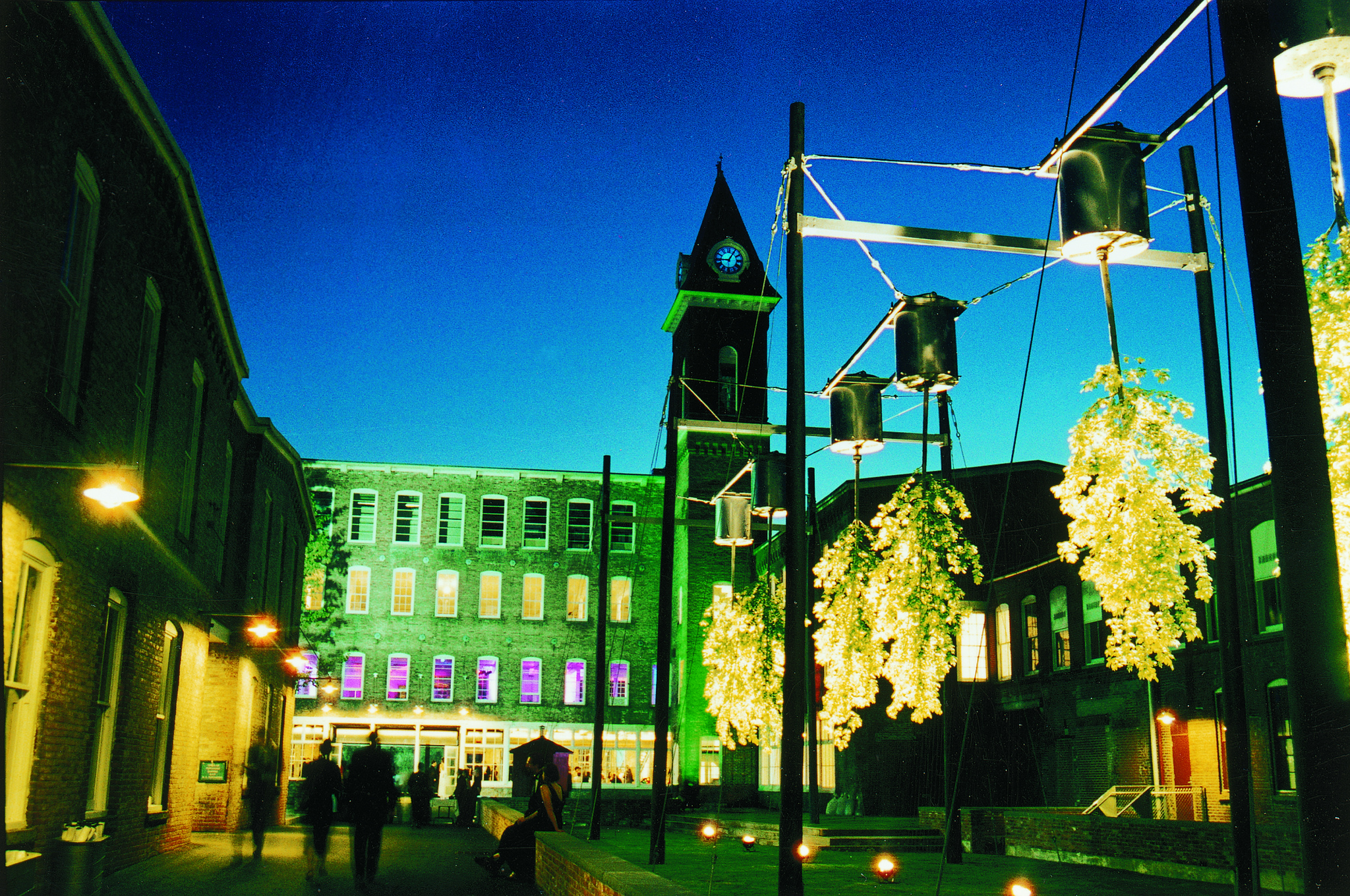 Photo: At MASS MOCA, even the building is art!

The exhibit, which features the work of acclaimed British artists Nick Veasey and Marilene Oliver, represents the internal workings of both body and mind (much more attractive than it sounds, we promise). It’s Only Human is on display through the end of May 2015, and for those traveling into the area, The Porches Inn is right across the Housatonic River from the museum.

4. Schantz Galleries
As those familiar with the region are already well aware, the Berkshires boast some world-class museums, with The Clark and the Norman Rockwell Museum being standouts in particular. For those who have been to the household names before or for anyone looking to experience the arts scene in a slightly different way, Schantz Galleries in Stockbridge is a gem.

Schantz is a museum in everything but name; inside, visitors can experience the work of 50+ internationally recognized glass artists, including some of the best known in the world. The artistic contributions cover a remarkable range of styles and subjects, giving guests plenty to see in one afternoon. To stay in town, The Stockbridge Country Inn is a comfy option. 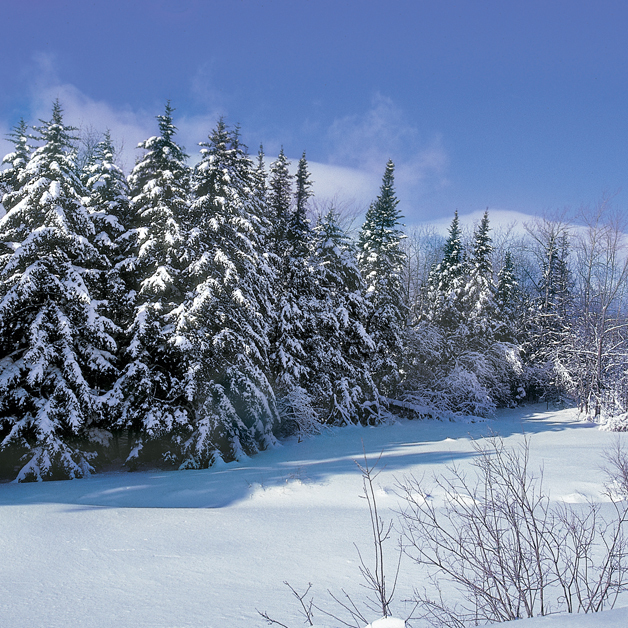 If outdoorsy pursuits are more up your alley than time inside, put Notchview Reservation in Windsor on your list. Notchview has more than 3,000 acres of space for winter adventuring, with cross-country skiing being one of the most popular picks. Seventeen kilometers of trails are prepared for cross-country skiers each season, while eight are groomed for skate skiing. There is, of course, ample opportunity to venture off the trails, too, as well as room to do some snowshoeing. To take a peek at local B&Bs, click here.

6. 10×10 Upstreet Arts Festival
The city of Pittsfield has been well known for its artistic offerings for some time, but the 10×10 Upstreet Arts Festival is a relatively new way that’s being brought to life. Now entering its fourth year, the festival presents an eclectic mix of dance, music, theater, comedy and more, showcasing it during the middle weeks of February. Last year’s festivities featured more than 75 performances, along with 300+ new works created just for the festival. All this takes place in Pittsfield’s Upstreet Cultural District, which is just a stone’s throw from the Best Western Plus Berkshire Hills Inn & Suites. 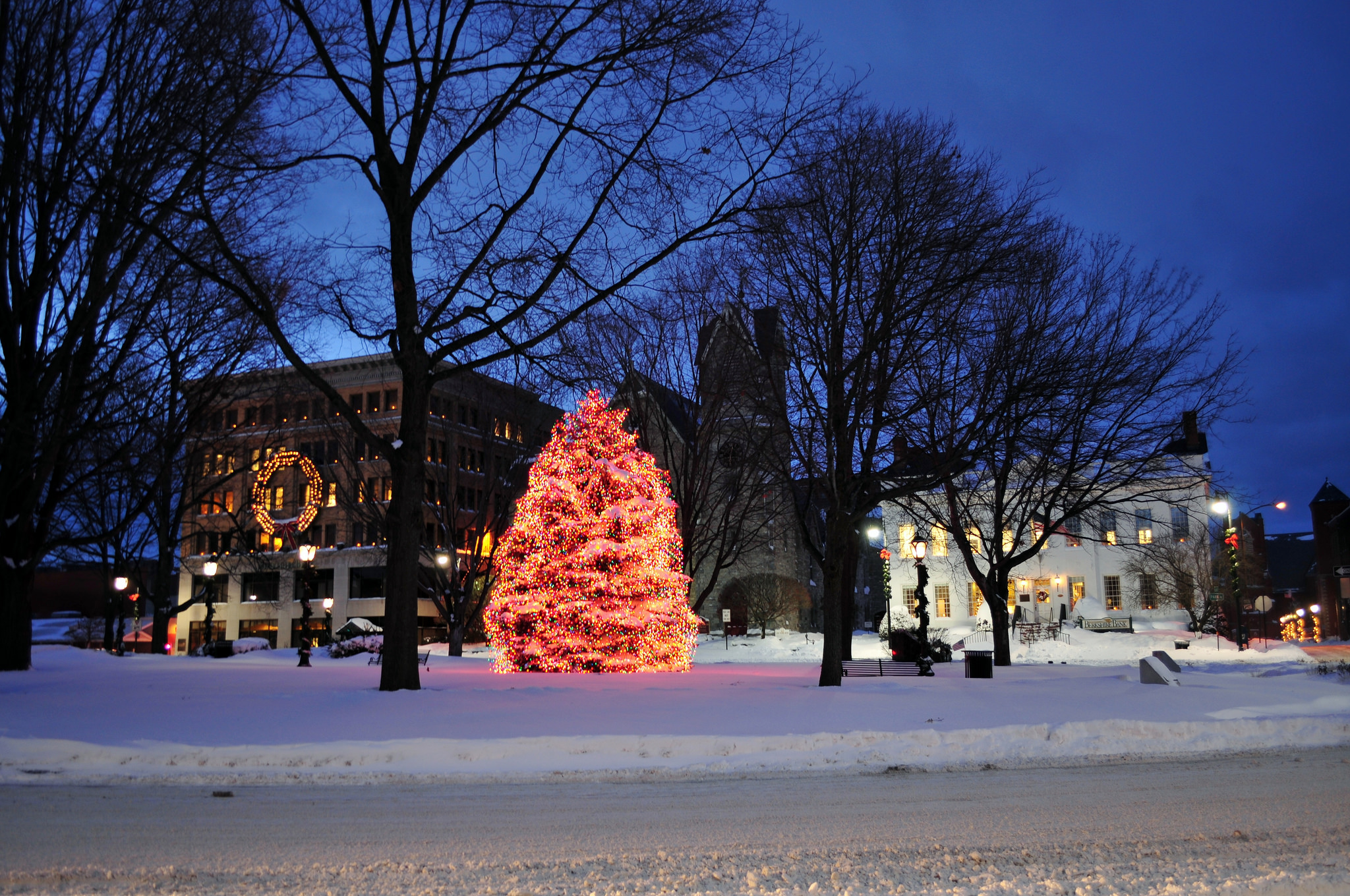 7. The Bay State Winter Games
The 2015 edition of the Bay State Winter Games will be an especially noteworthy one, as the competition celebrates its 30th anniversary. Hundreds of athletes from more than 200 communities will travel to western Massachusetts and vie for bragging rights in figure skating, alpine skiing and masters ice hockey during the third weekend of February.

The Bay State Figure Skating Show, which is always one of the more popular tickets, takes place on February 21 and will be held at the Williams College rink in Williamstown. Dates and locations have not yet been confirmed for the skiing or hockey, so keep an eye on the website for details. Bowling, a new entry to the games and the first non-winter sport, will be happening this year on February 21 and 22 in North Adams. Because the sites of the individual competitions do vary, it’s best to wait on the schedule and then book accordingly for lodgings.

Although the Berkshires have more than enough to take up the whole season, the other corners of Massachusetts have much to offer as well during the winter months. To take a peek at what’s on the way all around the Commonwealth, just click here. You can also find more wintry activity ideas here.
Which one of these events and activities would top your winter list? Let us know below in the comments!