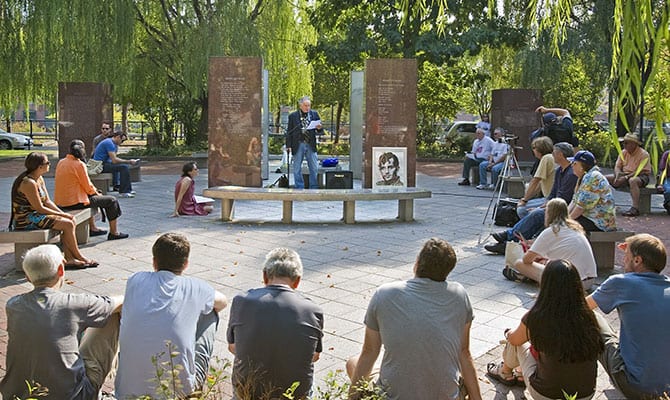 Massachusetts is proud of its literary icons – from Henry James and Emily Dickinson to Robert Frost and John Updike – but perhaps no local writer reaches the status of pop culture icon like Lowell native Jack Kerouac (1922-1969). 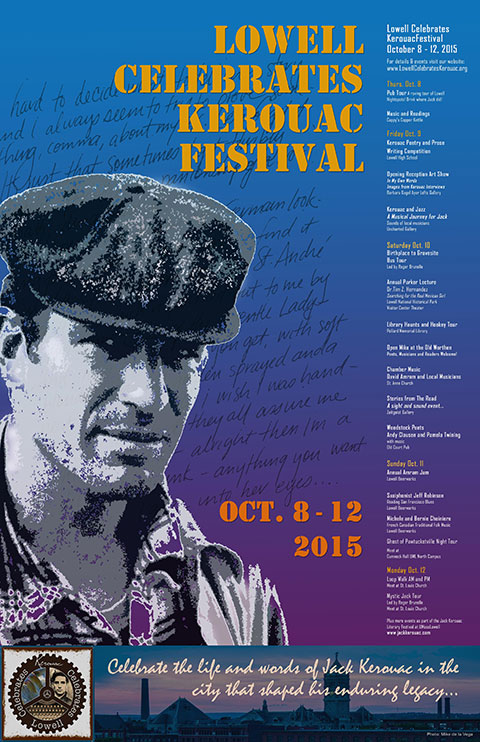 The author of more than a dozen books, Kerouac’s best-selling novel, On the Road chronicled the restless adventures of the post-World War II generation of the 1950s, which became known as the Beat Generation. The book has inspired numerous films, documentaries and writings since it was published in 1957. 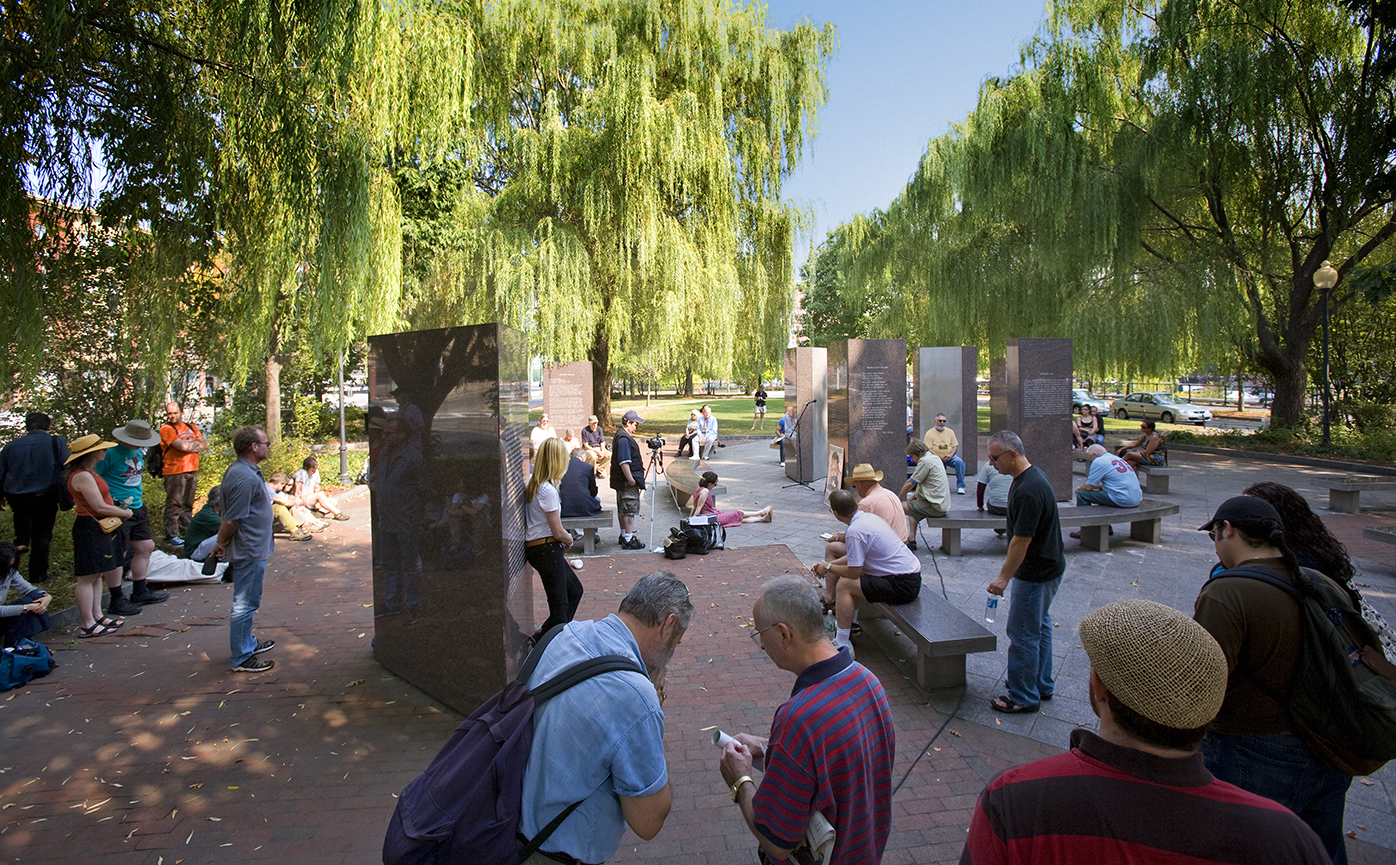 Photo courtesy of Higgins & Ross
This weekend, Jack’s hometown is throwing its annual Lowell Celebrates Kerouac! Festival, an upbeat and culturally rich way for locals and tourists alike to renew their appreciation of Kerouac and the city that spawned him.
Among the activities: literary readings, poetry and prose competitions, art exhibits, walking tours and jazz concerts. Here is a full calendar of events.
Deb Belanger, executive director of the Greater Merrimack Valley Convention & Visitors Bureau (GMVCVB), says that Kerouac is a popular American icon among international visitors, especially those from Italy and the UK. The GMVCVB has been instrumental in bringing international media attention about Lowell’s connection to America’s famous hipster.
Judith Bessette, president of Lowell Celebrates Kerouac! Festival says the October gathering, along with Jack Kerouac birthday celebration each March, attracts people to Lowell from across the continent, including New York, California and Texas as well as Canada. And last year, visitors came from France and New Zealand on the literary pilgrimage.
The Kerouac Park on Bridge Street (dedicated in 1988), is a popular gathering place; a commemorative event is taking place this year at 9:30 a.m. on Saturday, October 10. In fact, the theme of this year’s festival is Jack’s Bridges, which embodies both the literal bridges of Lowell and the metaphorical bridges Jack built through his literary career. 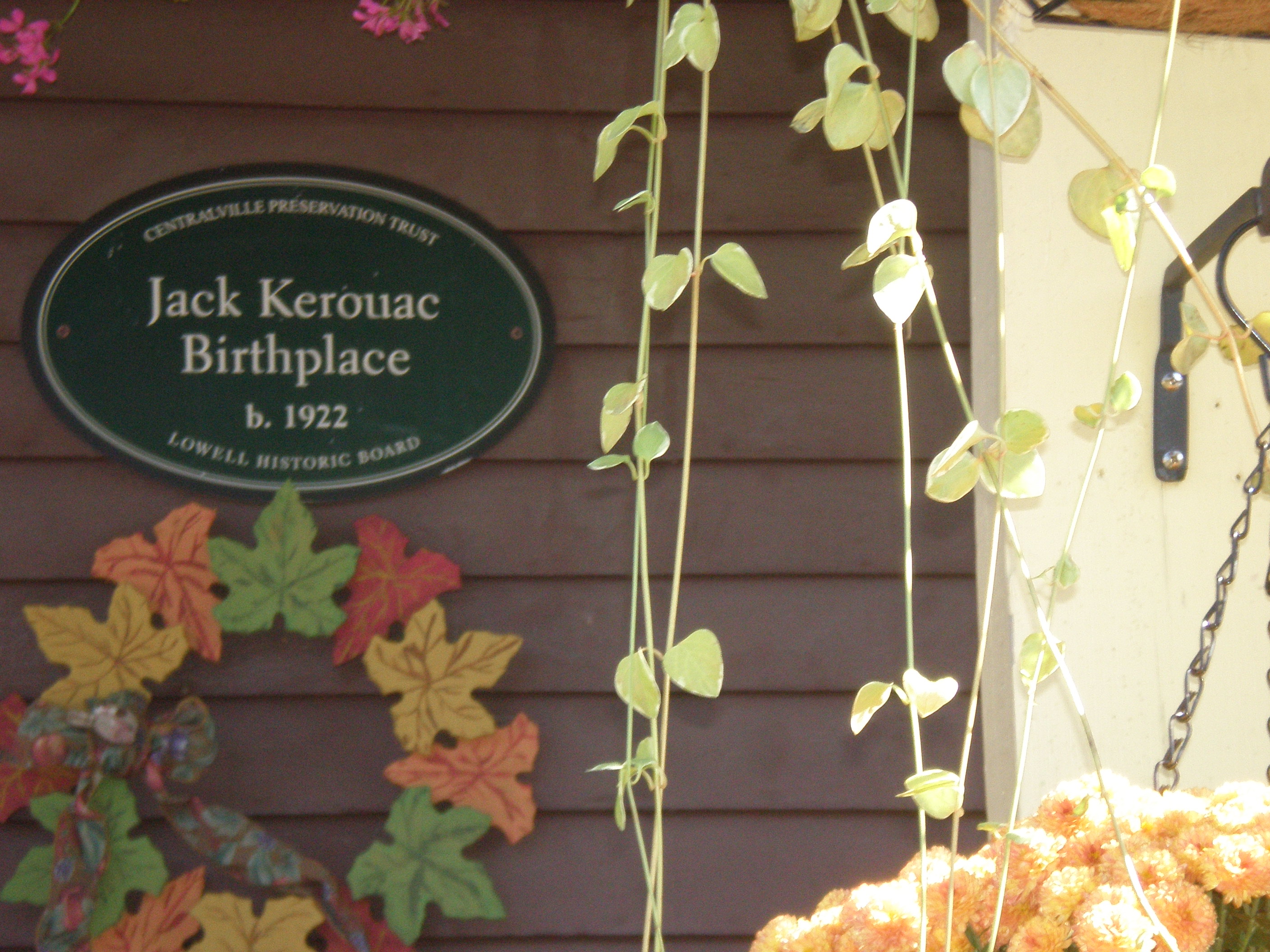 Following the commemorative event is the Kerouac Birthplace-to-Gravesite Bus Tour, which visits many of the landmarks Kerouac described in his novels, especially his first book, City and Town.
The Jack and Stella Kerouac Center for the Public Humanities at the University of Massachusetts at Lowell is an important repository and academic meeting place for this native son. The Center is showing a new exhibition called Kerouac Retrieved, a collection of artifacts from Jack’s house in Florida, including his writing desk and rocking chair at the Allen House on the university’s South Campus. 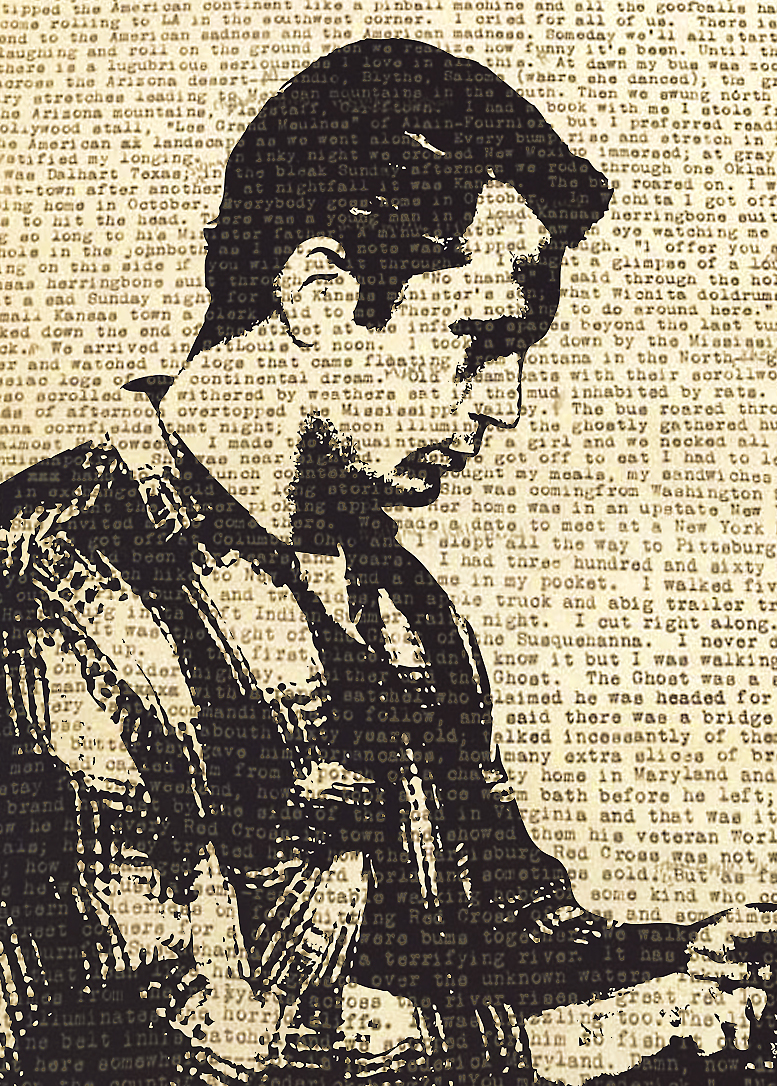