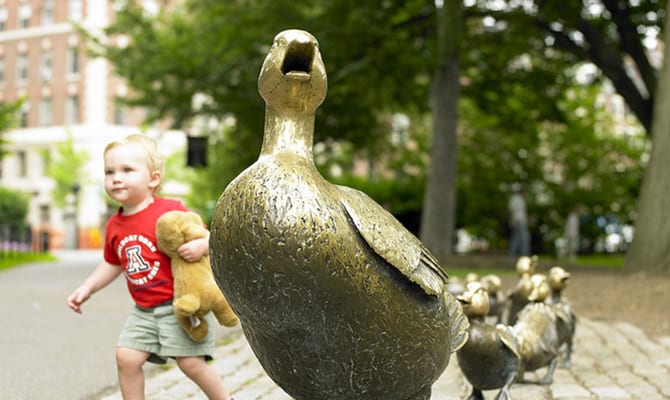 For many, Boston needs no introduction.
The capital of Massachusetts is one of the most historic cities in the country, where the seeds of the American Revolution were planted, the first U.S. public park was built and where the world’s oldest floating commissioned navy vessel still resides.
Boston is also the first city in the nation to create an official Literary Cultural District to honor the many poets, novelists and writers who have lived here. It’s a great way to appreciate Boston’s storied history, beautiful scenery and cultural richness, and there is a handy on-line map to get you going.
It’s easy to spend a couple days, an entire week or more getting lost in the rich history of the city and the Boston Literary Cultural District is one of the best places to do it.
What awaits? Here’s an inside look. 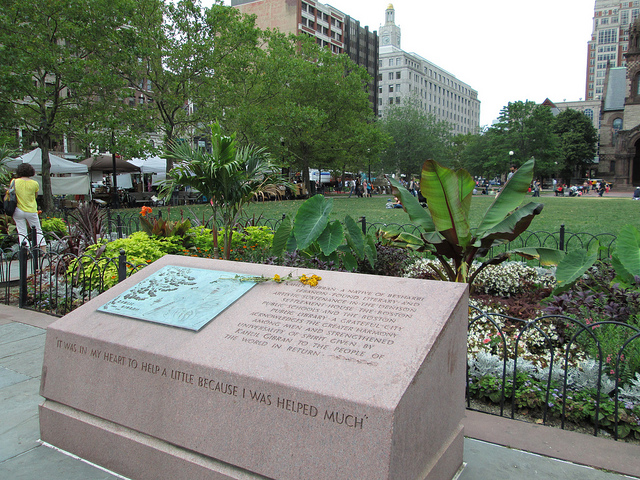 Start with the Boston Athenaeum, one of the oldest independent libraries in the entire country and a nationally recognized landmark.
Constructed in 1807, the Athenaeum quickly established itself as a hub for books, arts and artifacts, transforming into the indisputable center of intellectual life in Boston. 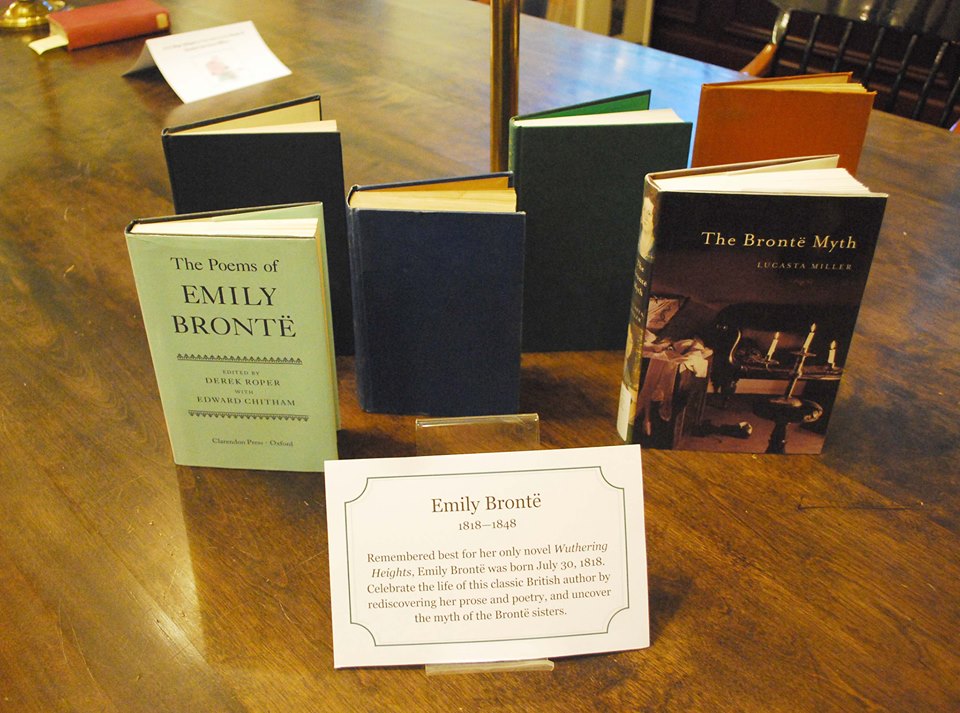 Emily Brontë books on display at the Boston Athenaeum via Facebook

Today, the library’s vast collection includes more than half a million volumes, with special strength in local history, biographies, literature and arts.
By far the best way to see the Athenaeum is an Art and Architecture tour, offered on Tuesdays and Thursdays. Reservations are required and are often in high demand, so call 617-227-0270 to inquire.
The Boston Public Library in Copley Square is another one of Boston’s literary treasures and an architectural masterpiece in its own right. The unmistakable Italian-Renaissance building houses 23 million items, including books, DVDs, maps and music scores, along with murals by John Singer Sargent and Pierre Puvis de Chavannes. 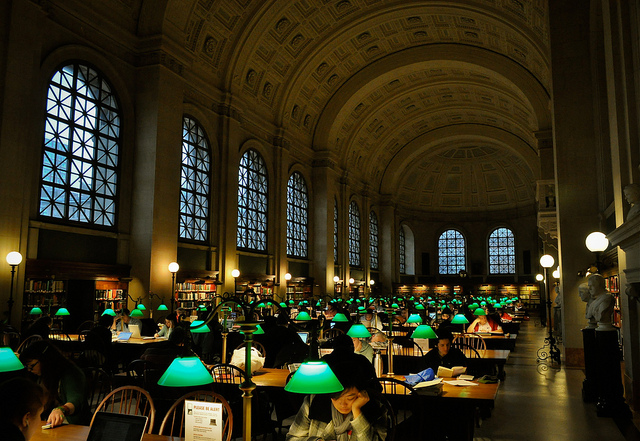 Like the Athenaeum, the Boston Public Library offers Art and Architecture tours, which walk visitors through the famed Central Library buildings, along with the artifacts within, seven days a week. The Author Talk series is another great way to experience the library, which also hosts the Emerson College Reading series on occasion.
Inside the district, Boston-born Edgar Allen Poe, dubbed the master of mystery and one of the 19th century’s most influential writers, is memorialized on the corner of Charles Street South and Boylston Street. 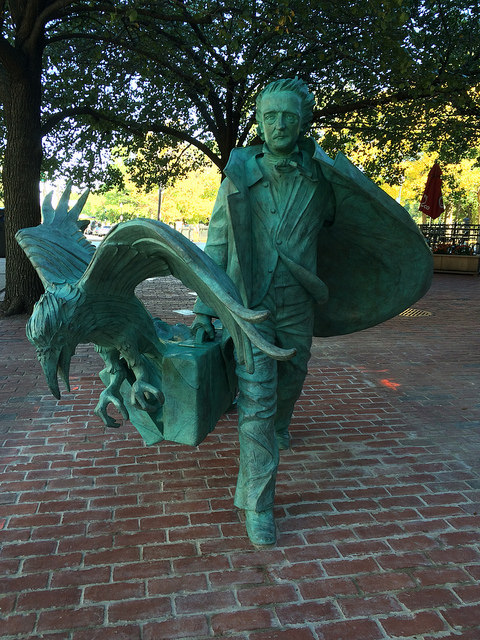 Just a few blocks away, the Brattle Bookshop beckons. Founded in 1825, it’s now one of the largest antiquarian bookstores in the country, featuring a selection of more than 250,000 books, maps, prints and postcards.
Bargain books can be had for $1 in the alley and an experienced buyer is on hand from 9:00 a.m. – 5:00 p.m. to help visitors navigate the three floors of options.
October just might be the best time to visit, because that’s when the Boston Book Festival comes to town (plus, great foliage!). Over the course of three days, the festival showcases more than a hundred world-class presenters in concert with live music, kids’ activities, seminars and more.
For any literature lover, the Boston Book Festival is as good as it gets. 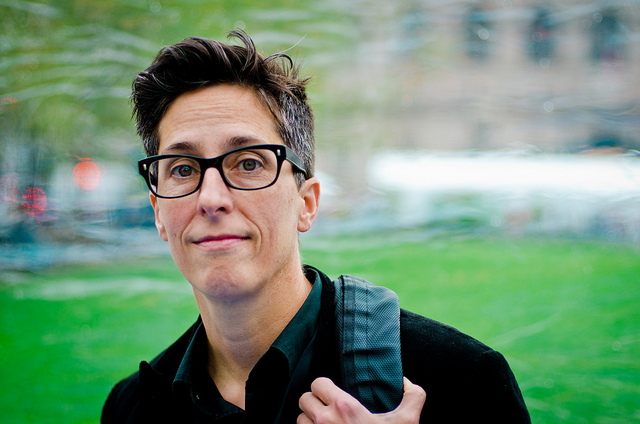 There’s ample opportunity to get some fresh air and experience history as well. The Boston Common, America’s original city park, is an excellent place to spend a nice day, offering 50 acres of trees, grass and walking paths.
During summertime, Frog Pond has a wading pool for young ones and adults can enjoy a little theater, courtesy of the Commonwealth Shakespeare Company.
In the adjacent Public Garden, the first of its kind in the country, there are Swan Boat rides and a fantastic tribute to Robert McCloskey’s children’s book “Make Way for Ducklings.” Beyond those attractions, the garden has a wealth of flowers, fountains and monuments, all of which are still maintained in the finest Victorian tradition. 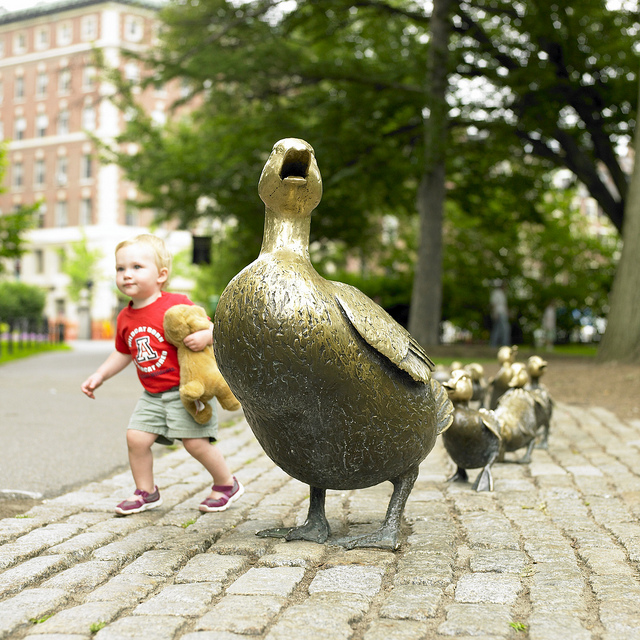 Ducklings in tow at the Public Garden

The Boston Literary Cultural District is very accessible by public transportation from just about every corner of the city. The Park Street, Boylston and Arlington subway stops are each within the district, which means the Red Line, Orange Line and Green Line can take visitors there.
For dining and overnights, there are countless choices in the area, so it’s best to browse and let something catch your eye. To learn even more about the Boston Literary Cultural District, just click here.
Photo at the top by Alexandra Molnar