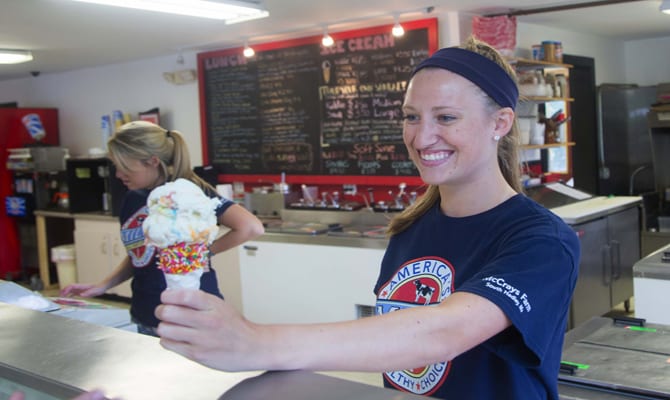 Here in Massachusetts, the homemade ice cream is so good that every season is ice cream season, in my book.
But there’s nothing quite like walking to the local ice cream parlor on a summer evening, or taking a break on a sizzling beach day for a cool refreshment.
If you want to combine the quest for the perfect cone with a whole day’s worth (or week’s worth!) of adventure, the Bay State has plenty to offer.
Here are five of my favorite ice cream excursions – and two stand-alone ice cream festivals – to enjoy in Massachusetts this summer.
Ice cream by bicycle: a statewide tour 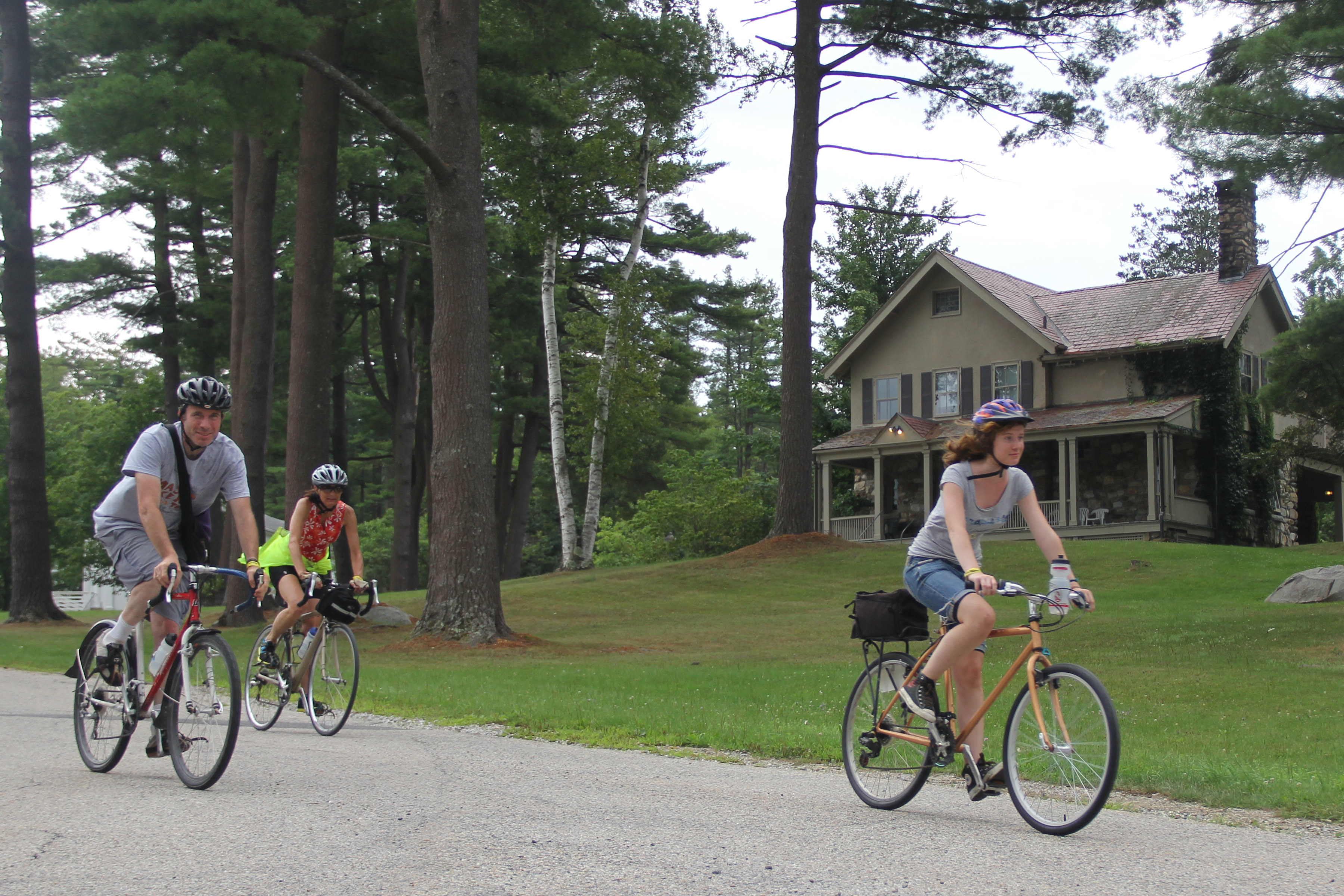 On the go with Cycle Massachusetts


There’s nothing better than truly earning that double scoop after pedaling to work up a good appetite. Ice cream and bicycling are classic summer traditions, so why not share them with friends old and new at the Cycle Massachusetts tour?
This annual event – a benefit for Massbike – lets you choose from a weekend to a whole week of riding, and it bills itself as the Friendliest Ride in the East.
This year’s tour starts and ends in colorful Northampton, known to ice cream lovers as the home of Herrell’s ice cream, a true pioneer of modern ice cream. 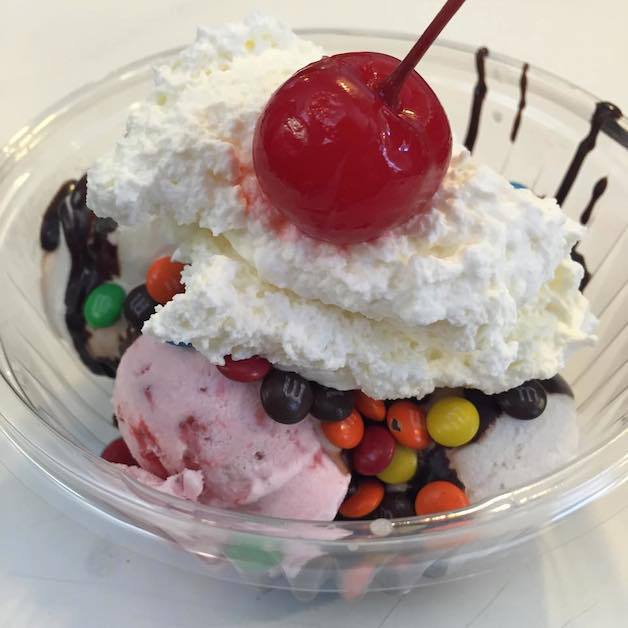 The tour also visits the famous Bridge of Flowers in Shelburne Falls – while you’re relaxing there, you can taste deep-fried ice cream with strawberry-rhubarb sauce at the Blue Rock Restaurant, or have some award-winning fudge with your ice cream at Mo’s Fudge Factor.
Ice cream by bicycle, part II: rail trail outings
Massachusetts has an abundance of Rail Trails and they provide an easy way for families to enjoy a traffic-free day exploring on bicycles. My favorite is the remote Ashuwillticook Rail Trail, which travels for 11 miles in the shadow of Mt. Greylock, Massachusetts’ highest peak. 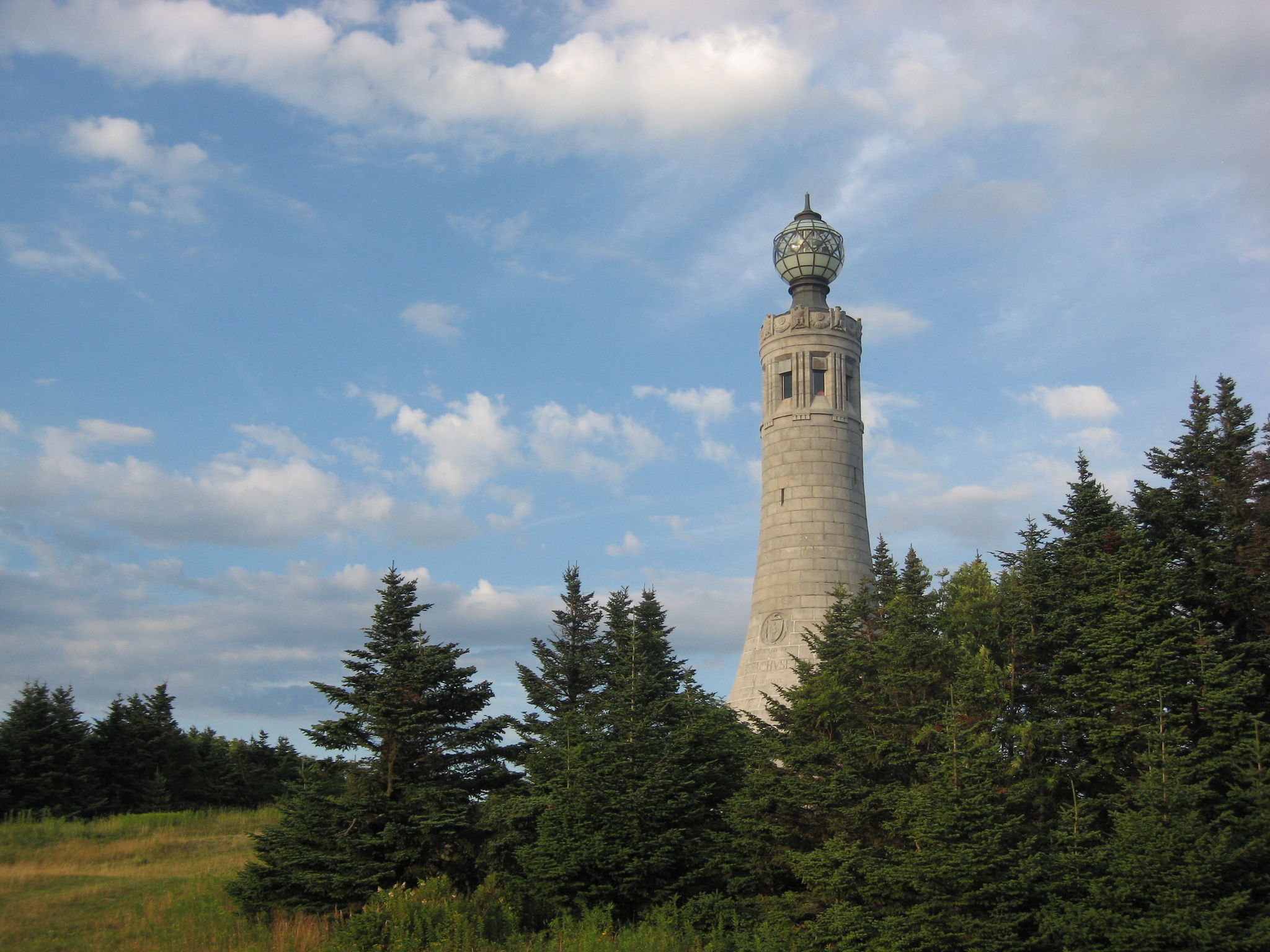 Bring a picnic to savor halfway, during the miles of trail that hug the Cheshire Reservoir. Then head over to the Rainbow Shack at the trail’s end in Adams for a sweet dessert to top off a perfect day.
Other rail trail ice cream stops: 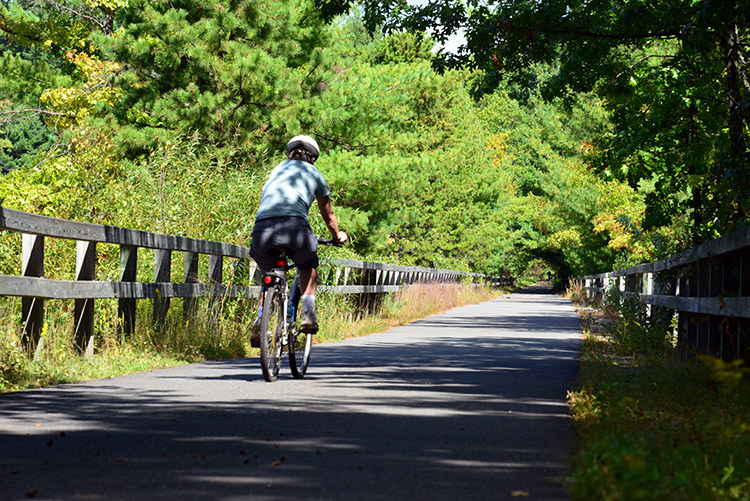 Plenty of green around the Nashua River Rail Trail

Ice cream by boat: a Provincetown Ice Cream bonanza
There are many ways to get to Provincetown – by car, by bus, by bicycle (either with a great charity ride or following the Claire Saltonstall Bikeway), or even by plane – but the most magical way is by the fast ferry.
After setting out from Boston or Plymouth, it will only be 90 minutes until you’re in a seaside paradise. Even better, Provincetown is chock-a-block with an endless variety of welcoming ice cream shops.
Bliss is great for soft-serve fans, there’s the famous Lewis Brothers (which now has a solar-powered truck roaming the beaches of nearby Truro), PTown Scoop, and my personal favorite: The Nut House, featuring the to-die-for Burnt Butter Brown Sugar Brownie ice cream. 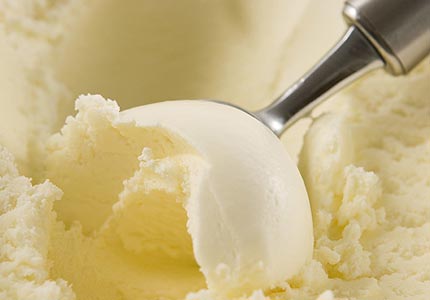 Ice cream by train: take a Mattapan trolley
On a hot day, take advantage of the A/C and explore the outer reaches of the MBTA. If you’ve never been on the Mattapan trolley (formally known as the Ashmont-Mattapan High Speed Line), you’re in for a treat.
These 1937 streetcars are irresistible to anyone who adores trains, and the leafy route of the trolley hides a tasty surprise. 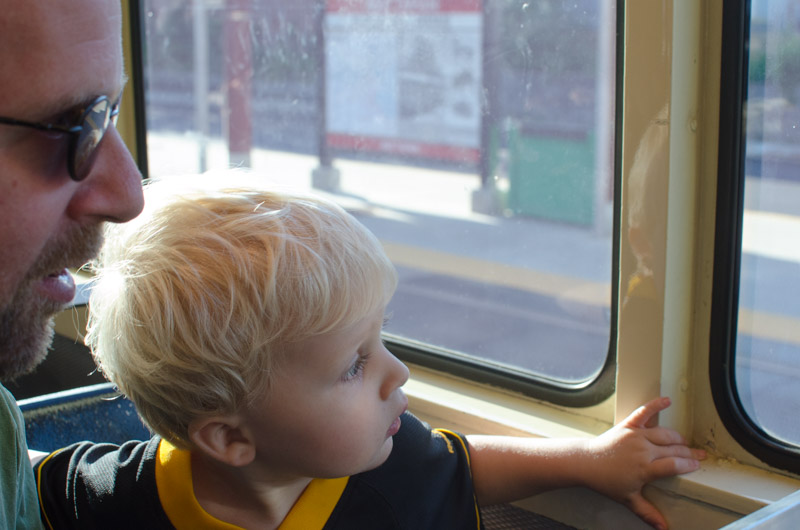 Aboard the Mattapan Trolley

At the Milton stop, walk north past the refurbished Baker Chocolate Factory and into a classic – the Ice Creamsmith, which has delighted families in the Dorchester Lower Mills neighborhood for almost 40 years.
Other ice cream train rides: 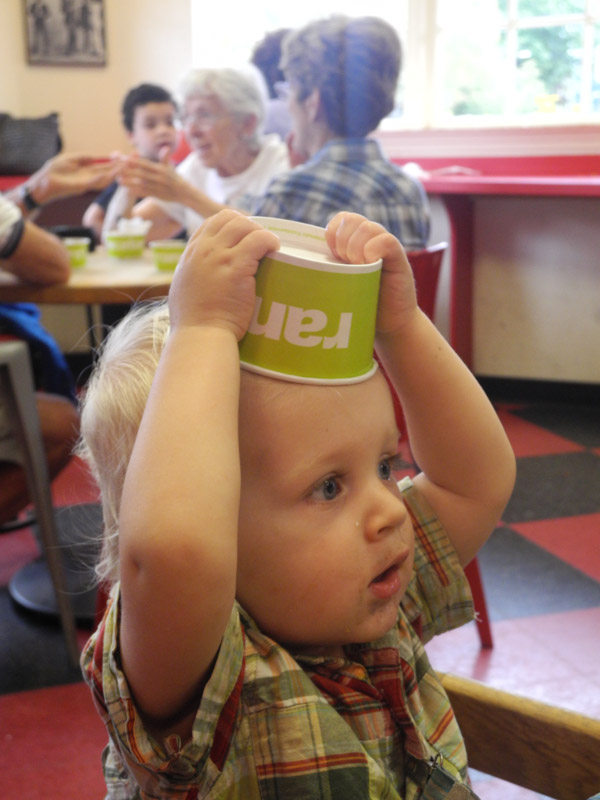 A clever makeshift hat at Rancatore’s!

Rainy-day ice cream: lace up those bowling shoes!
Every summer has at least one day that’s too rainy or chilly for outdoor fun, but that doesn’t have to keep you from a unique ice cream experience.
While the bowling alleys of my New Jersey youth were better known for cardboard-square pizza, here in Massachusetts you can enjoy ice cream while you bowl (candlepin, of course!) at Ron’s Gourmet Ice Cream and 20th Century Bowl in Hyde Park. 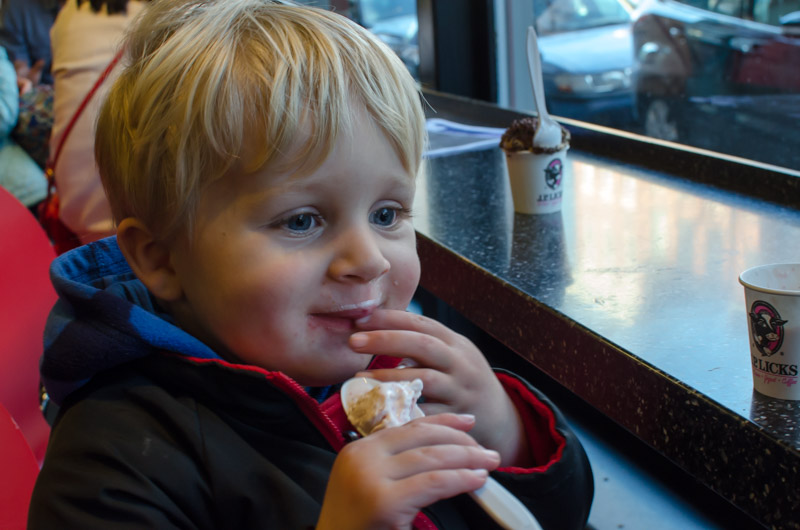 Ice cream festivals: too much is never enough!
Maybe you love ice cream so much that you just want to enjoy it for hours on end. And there is nothing wrong with that.
Although June’s Scooper Bowl is already behind us, there’s an equally delicious bonanza coming to Worcester on July 18: the Big Dipper All You Can Eat Ice Cream Festival. There you’ll find at least nine different ice cream companies and family entertainment all day, plus it all benefits a great cause.
What’s YOUR favorite Massachusetts ice cream store or adventure? I’d love to hear in the comments below!
Karin Turer adores her adopted state, and enjoys bicycling and other active adventures partially to balance out her love of Massachusetts ice cream (her favorites are Four Seas in Centerville or JP Licks in eastern Mass). She lives in Arlington with her husband, four-year old son, and their menagerie of nine bikes.