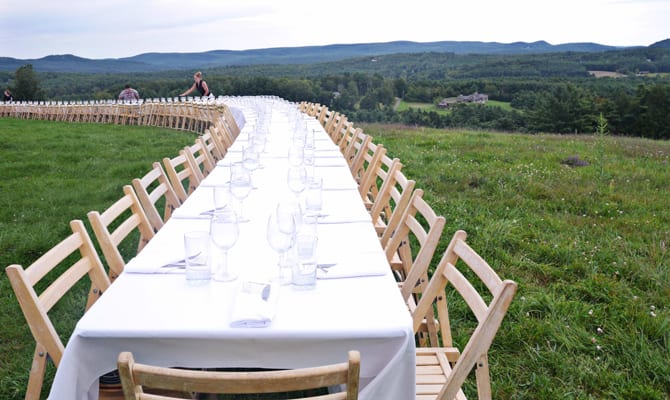 Fresh food, summer weather and gorgeous scenery are a winning combination.
Jim Denevan, the creator of Outstanding in the Field, knows this well.
Jim has spent the better part of the past two decades caravanning across the U.S. and parts of Europe, staging dinners at some of the most evocative locations around, including several in Massachusetts.

Jim Denevan, in his element, by Angela Cardinali

If you haven’t heard about it before, Jim’s Outstanding in the Field experience is a roving restaurant without walls – a definitive culinary adventure that has been photographed by tens of thousands.
Each year, Jim and company pick out several dozen gorgeous locations where they will host an al fresco meal. These meals allow guests to dine on some of the region’s best local fare while being outside, most of the time at the very farm that grows the food. 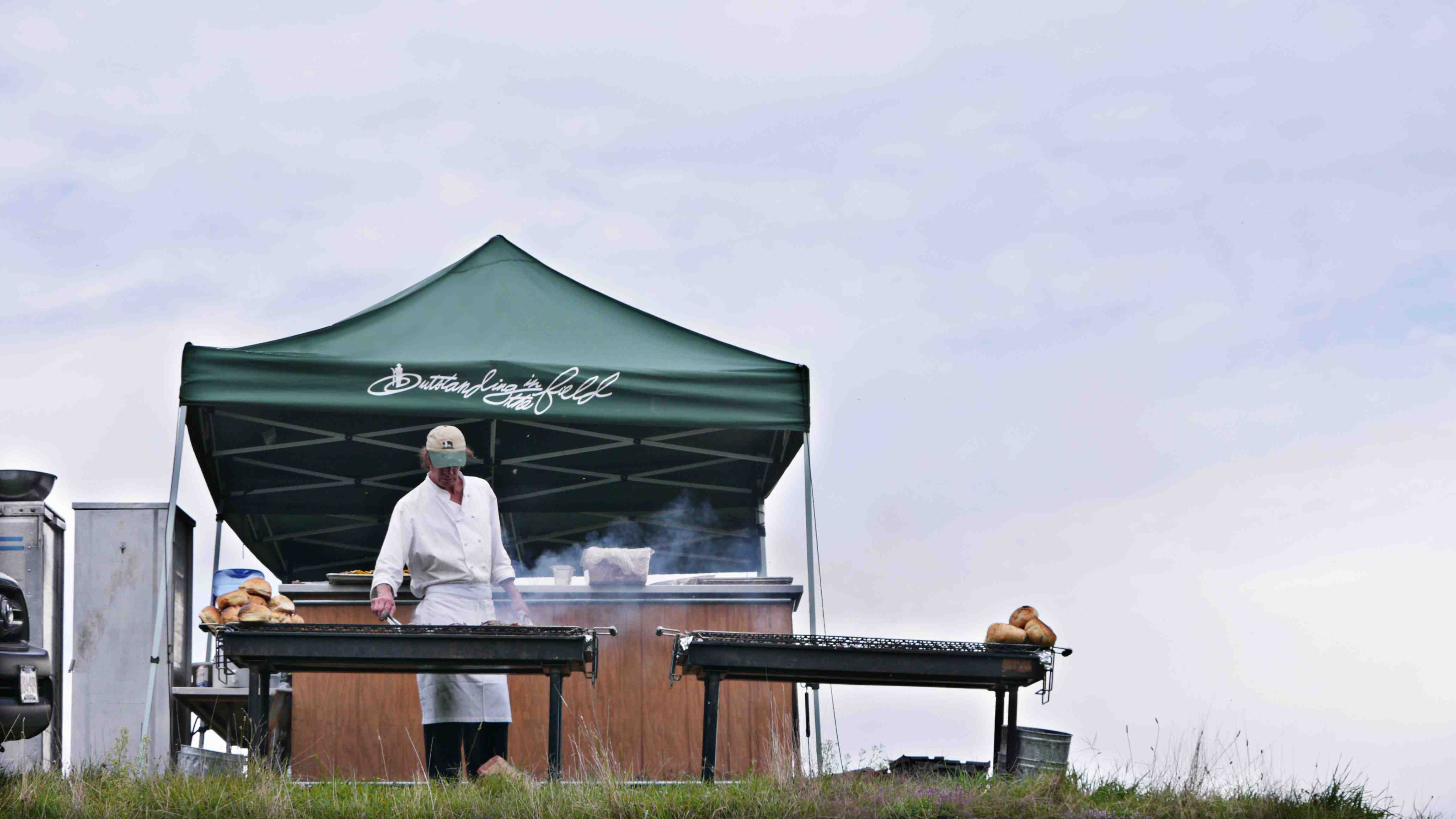 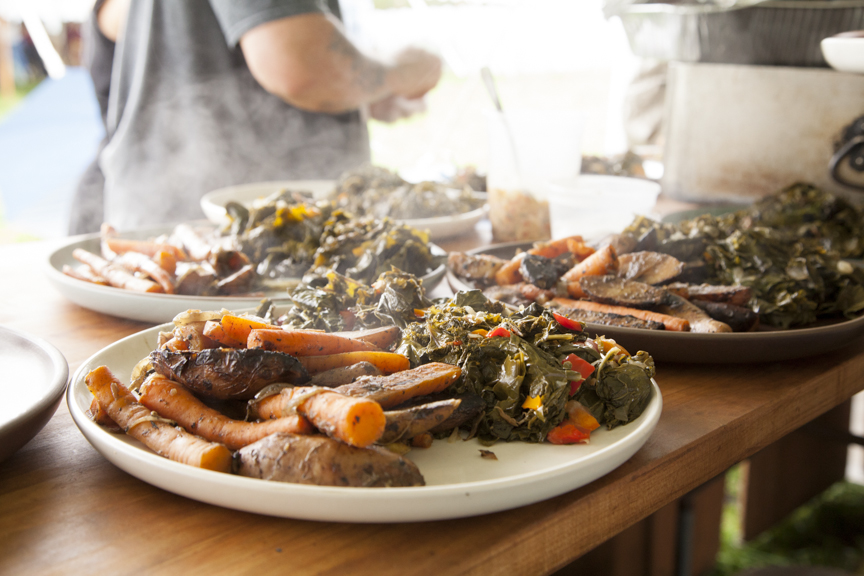 Feast on the way by Dominic Perri

Jim’s signature long table has now been set in fields, gardens and vineyards, as well as on beaches and mountaintops. Every meal and setting offers a remarkable encounter with food, the landscape and fellow like-minded guests. 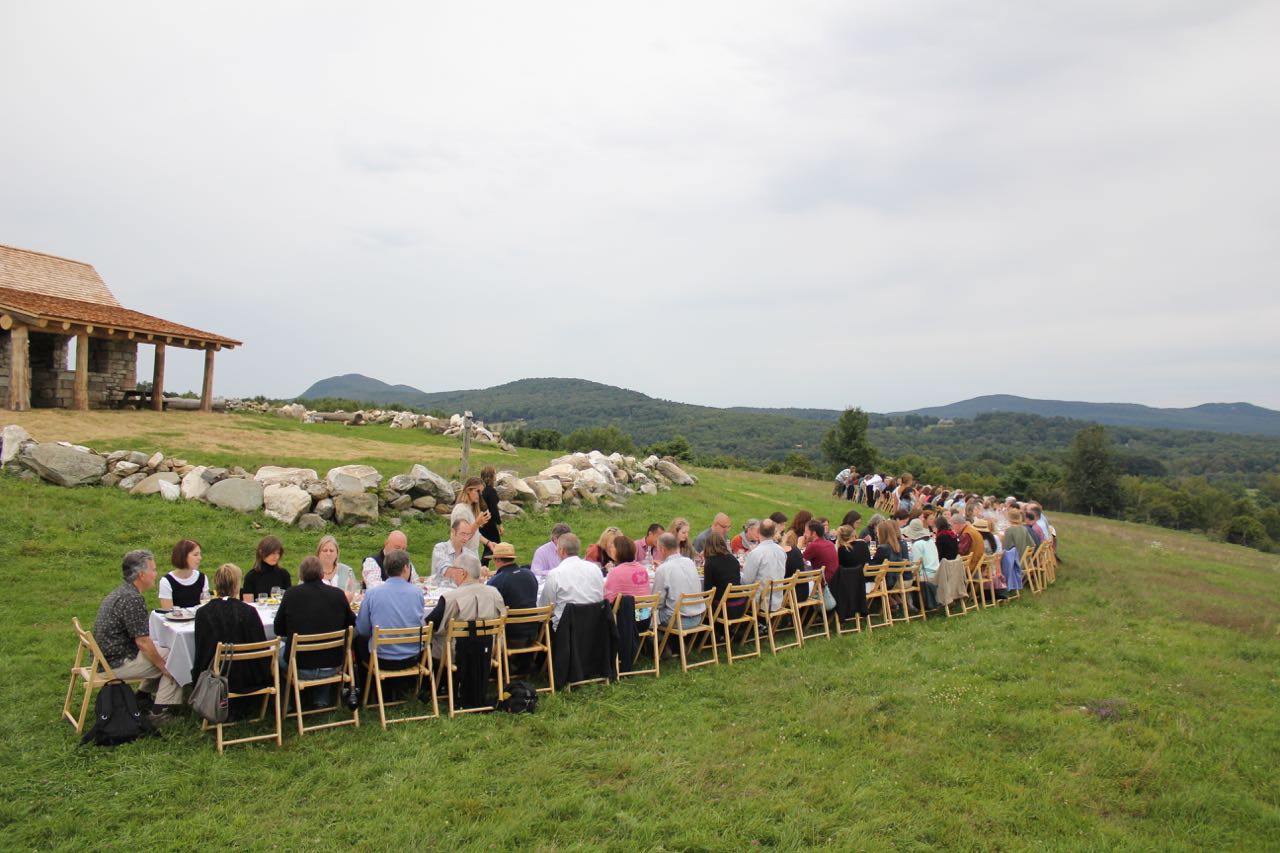 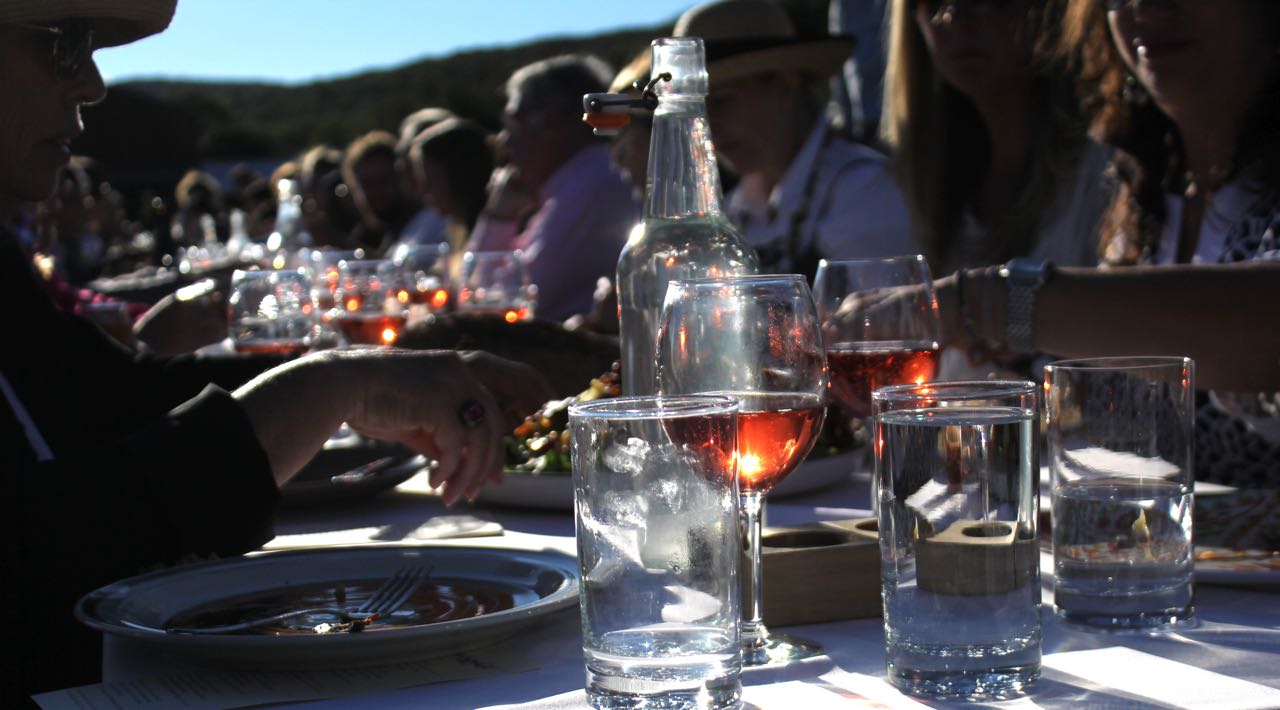 Locally, Outstanding in the Field is no stranger to the Berkshires; OITF are big fans of western Massachusetts and 2015 will mark their fifth Outstanding dinner.
The inaugural visit to the region took place in 2012 at Indian Line Farm in South Egremont, which also happens to be the birthplace of the first CSA (Community Supported Agriculture) farm in North America. It’s no wonder they keep coming back. The first event sold out in four hours. 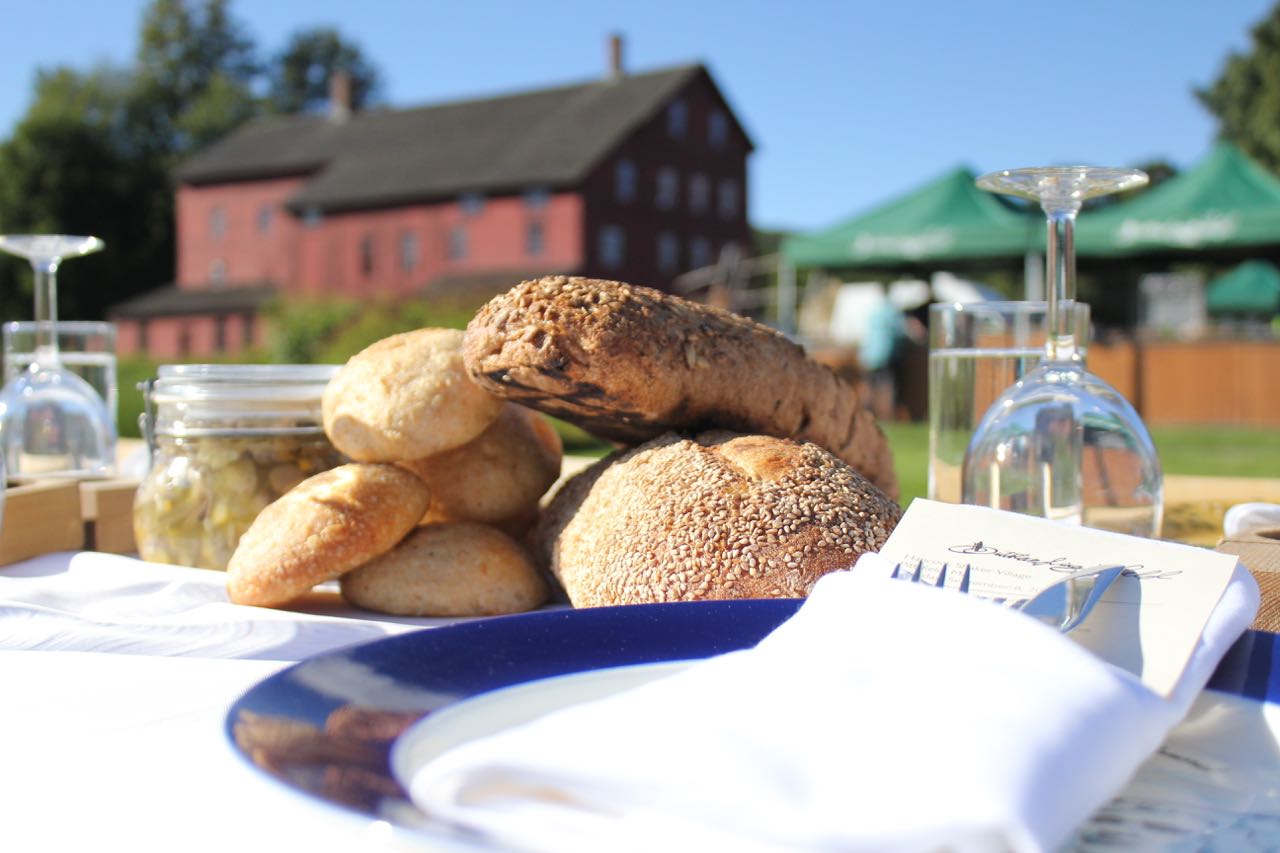 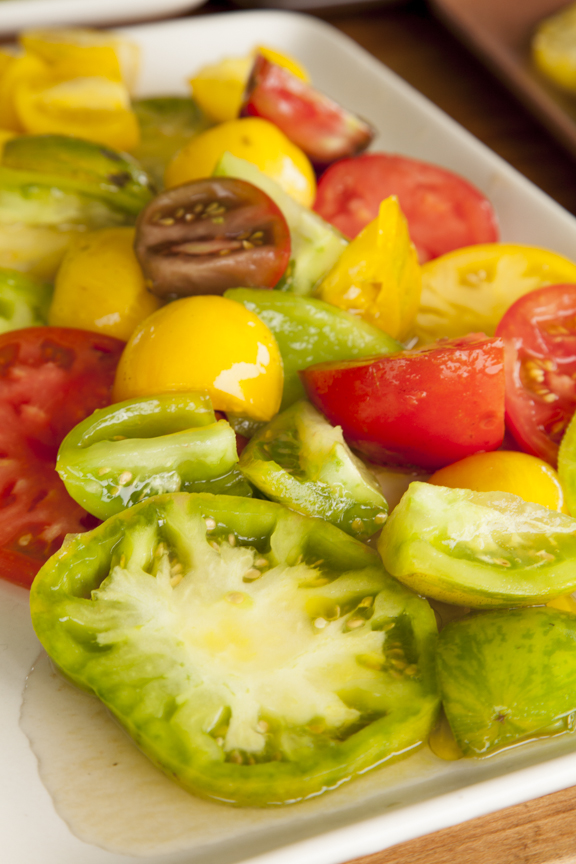 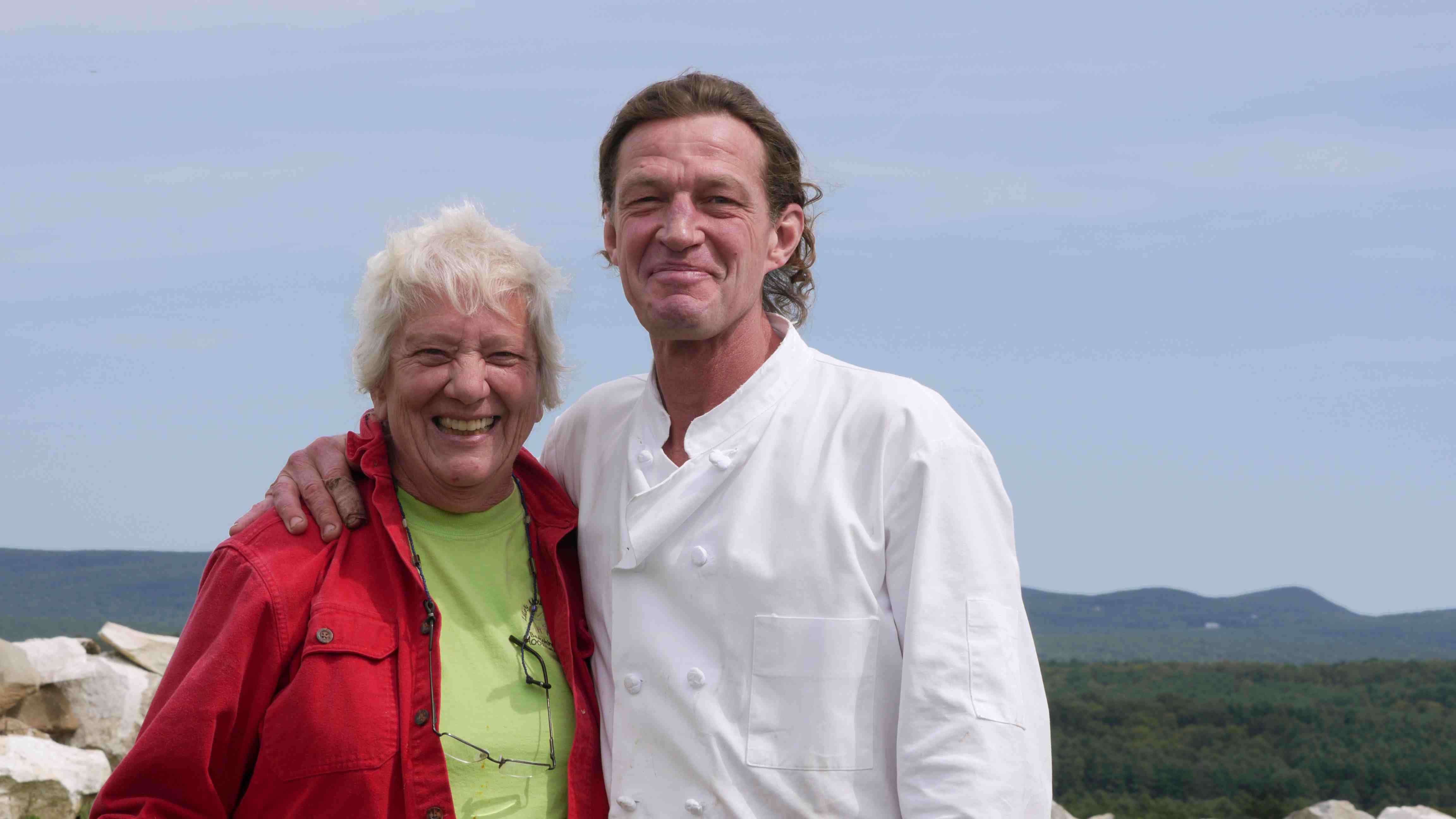 Today, these exceptional dinners are a huge international hit, with rock star status and a groupie following. Dozens of the event season dates sell out when tickets go on sale in March – long before summer is on the horizon. 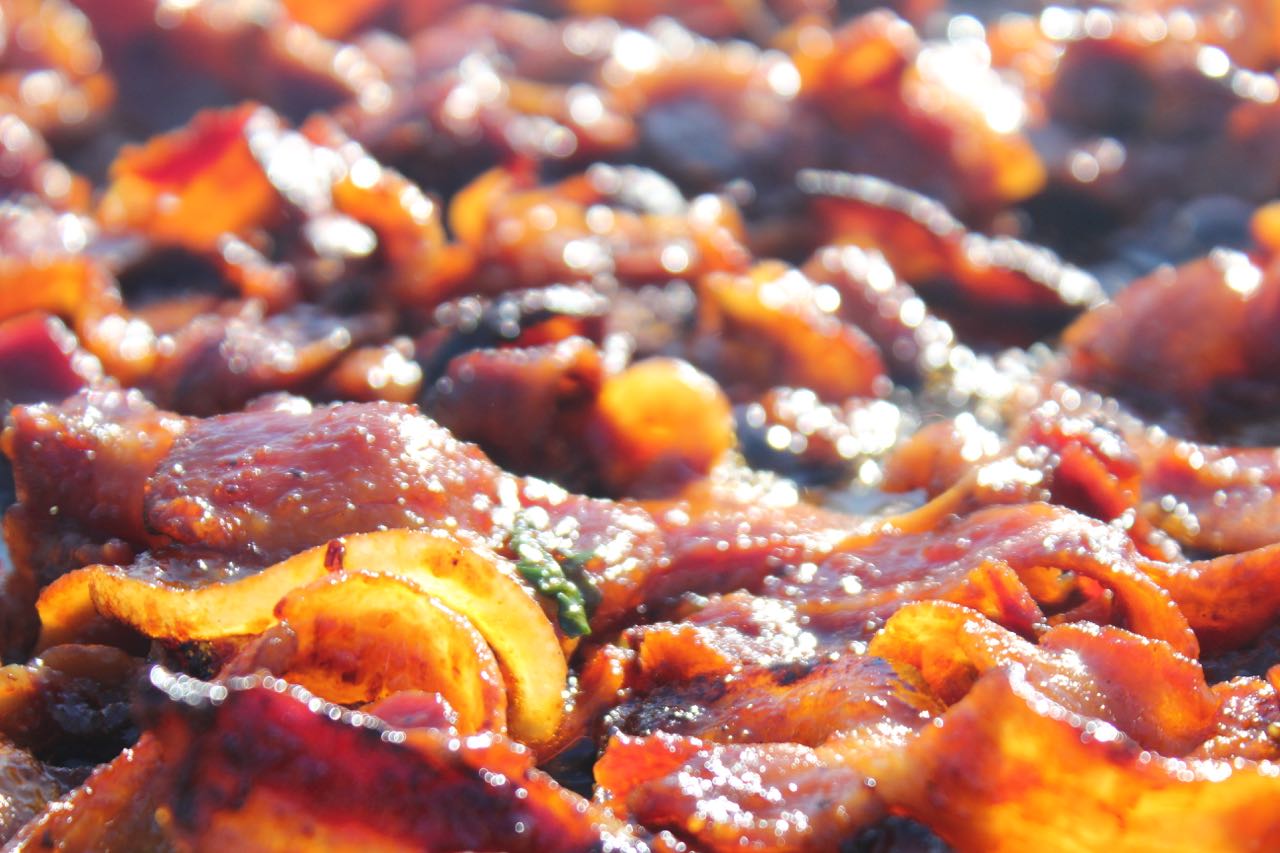 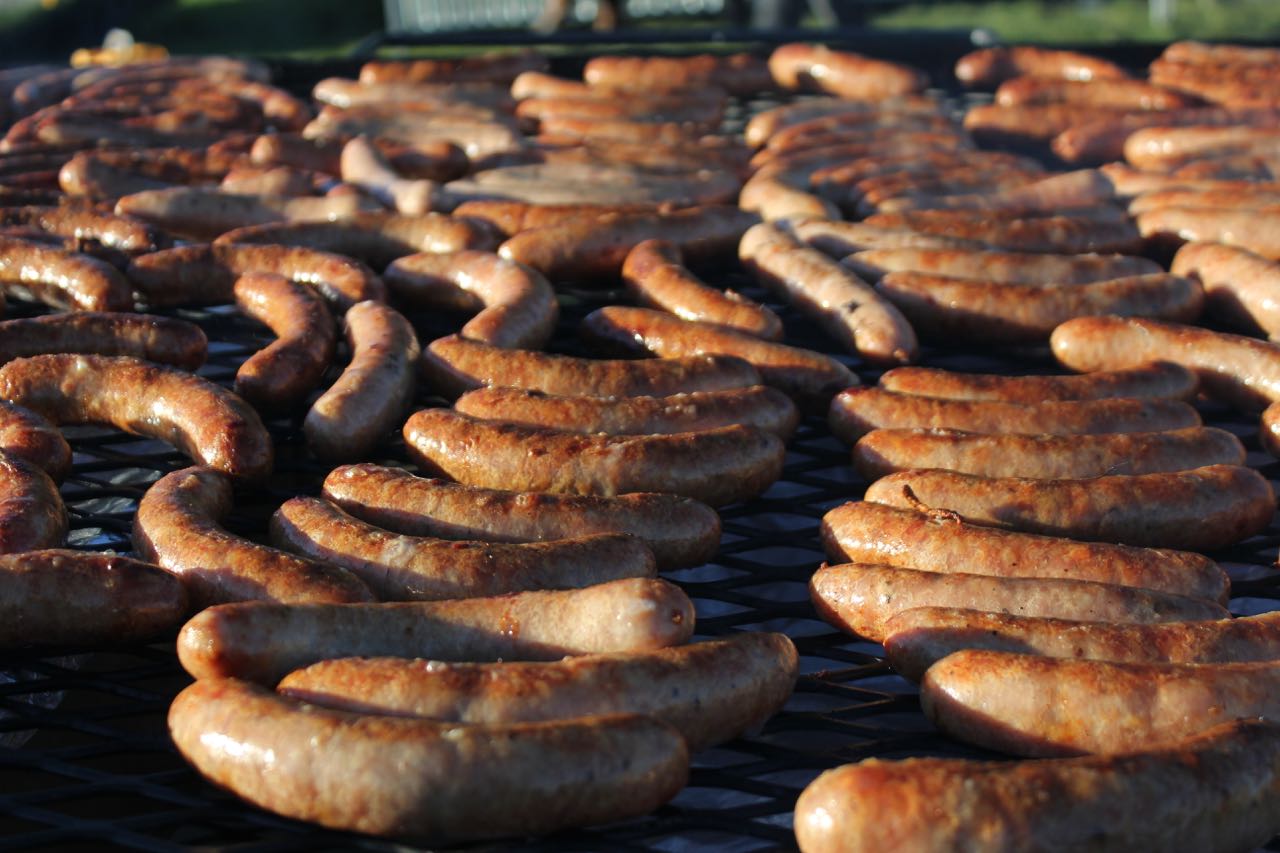 And another by Angela Cardinali 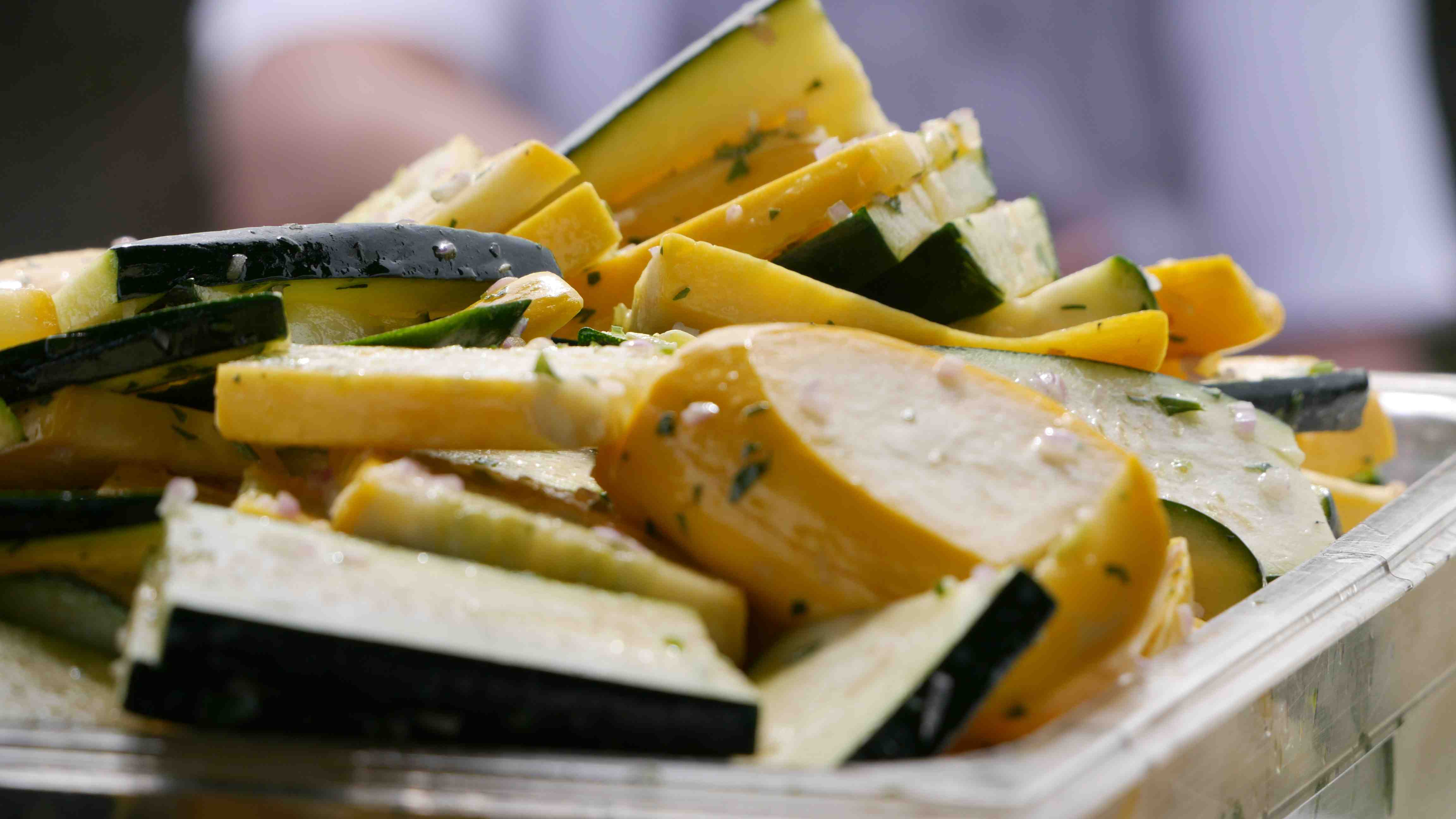 And a third by Tim Newman


If you can score a ticket to one of the feasts, you’ll find uncompromising chefs who take the local food movement as seriously as they take preparing meals. Ingredients for each dinner are almost all local, much of the time sourced within inches of your seat at the table. 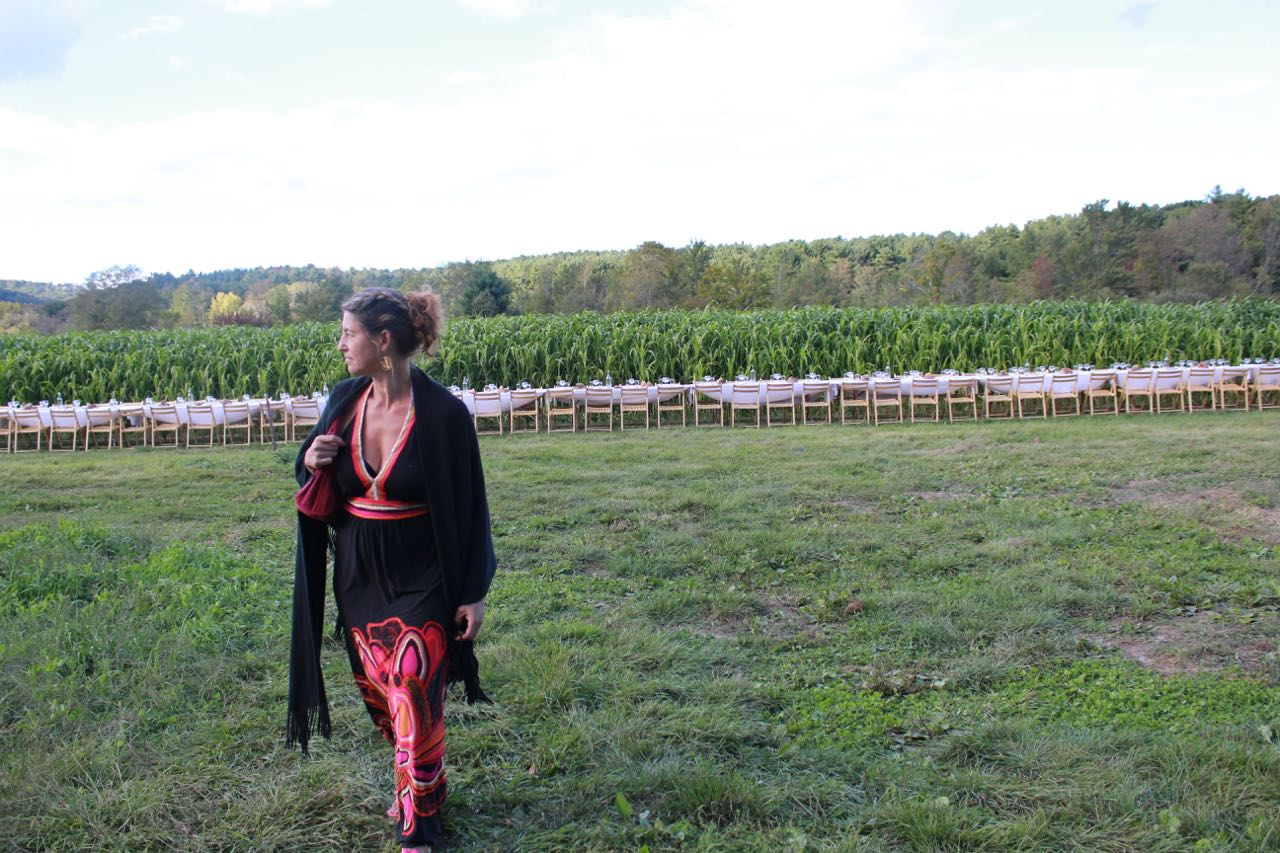 
This literal farm-to-table experience gives lucky guests a true connection to the land and a meaningful ‘taste of place.’ This year, in late summer, Outstanding in the Field will make a few stops in Massachusetts. 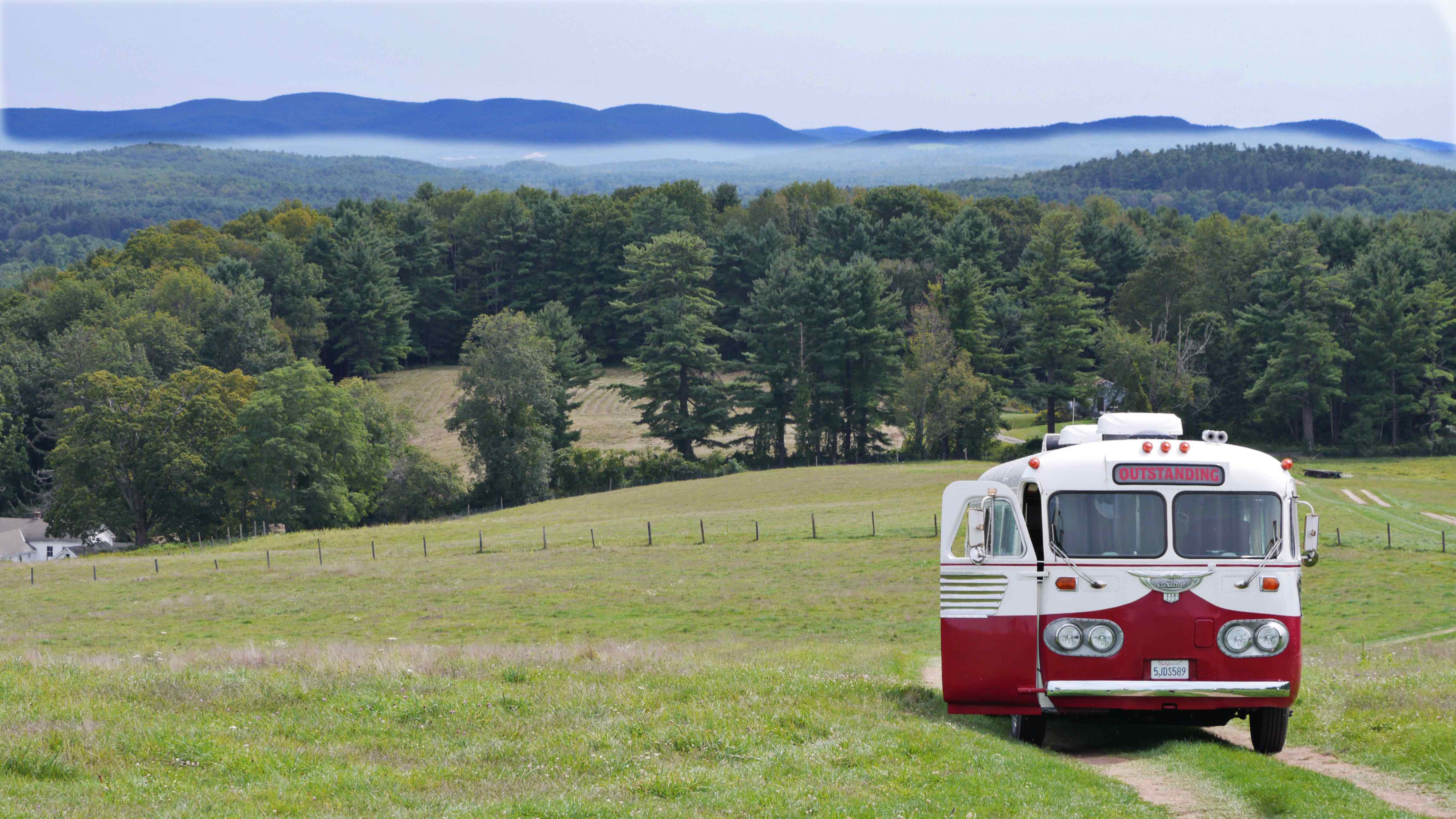 Two farms in Brookline and Duxbury will host dinners in the Boston area, while the Berkshires will welcome the big bus (rumored to be Elvis’ tour bus) to Lila’s Farm in Great Barrington on Labor Day weekend.
This will be OITF’s third visit to Lila’s Farm, which features rolling hills, verdant sheep pastures and classic barns. Brian Alberg, the celebrated chef of The Red Lion Inn in nearby Stockbridge, will be on hand again, too. 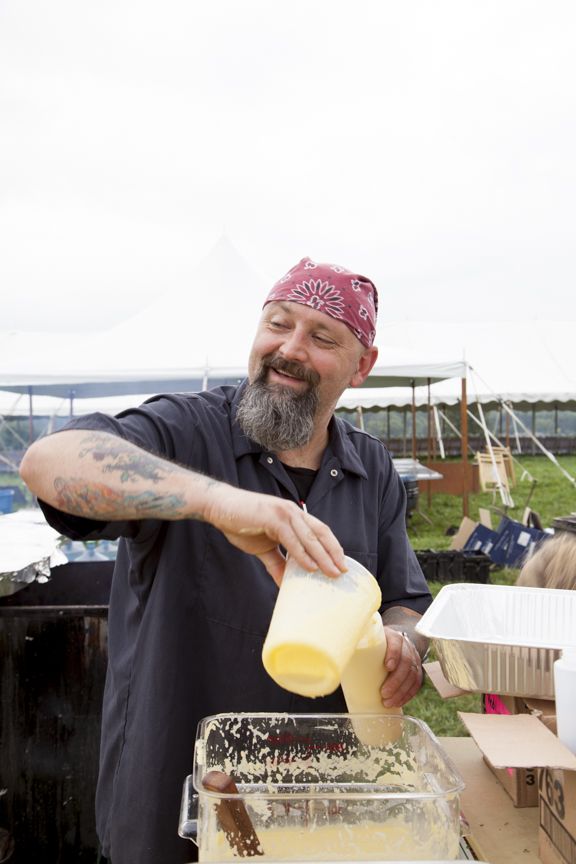 The best part of these culinary adventures? There’s always plenty of beautiful, delicious food and drink. And, without fail, lots of happy guests, regardless of what Mother Nature may bring to the party.
Without a rain date, there’s an occasional bit of weather drama, which, last year, proved to be an excellent addition to the mix in the Berkshires. The tent was a necessary evil but the view and the excitement was incredible. 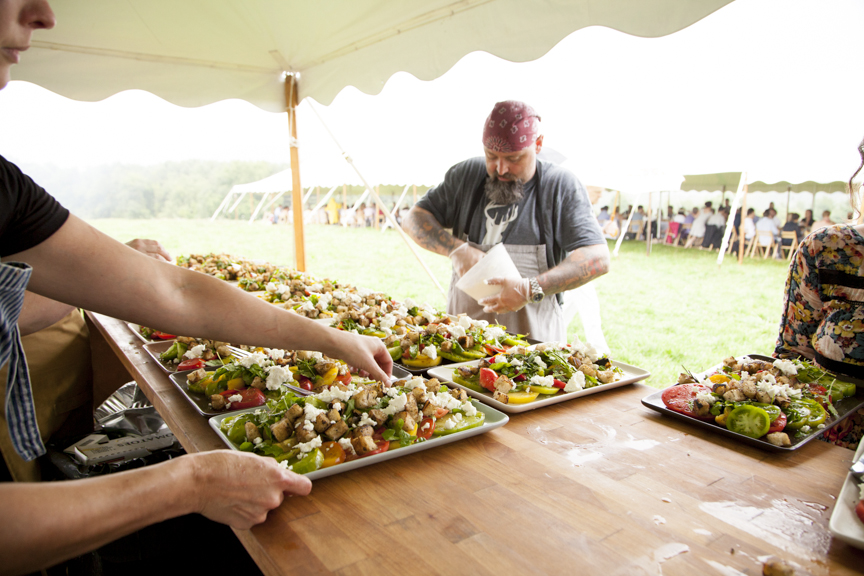 We’re gearing up to do it again. If you’d like check out Outstanding in the Field events for 2015, click here. To learn more about Berkshire Farm & Table, visit their website.
Angela Cardinali is the founder of Berkshire Farm & Table, which works to elevate food culture in the Berkshires by sharing the unique stories and expertise of culinary artisans, farmers and agritourism experiences.
Photo at the top at Lila’s Farm in the Berkshires by Tim Newman

TOPICS: Berkshires, Outstanding in the Field