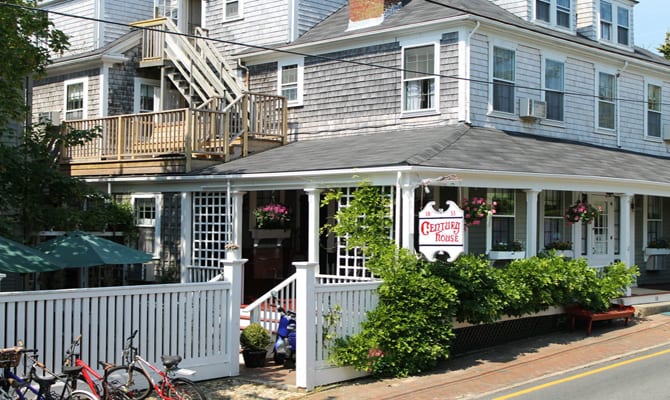 Thanks to beautiful scenery, breezy summer temperatures and preeminent dining, Nantucket has a well-earned reputation as a highly enviable vacation destination.
On the island, which also happens to have been named one of the 20 Best Small Towns to Visit by Smithsonian Magazine, there are accommodations to match the attractions, too.
One of the oldest, and without a doubt one of the finest, is the Century House.
Here’s what makes it stand out. 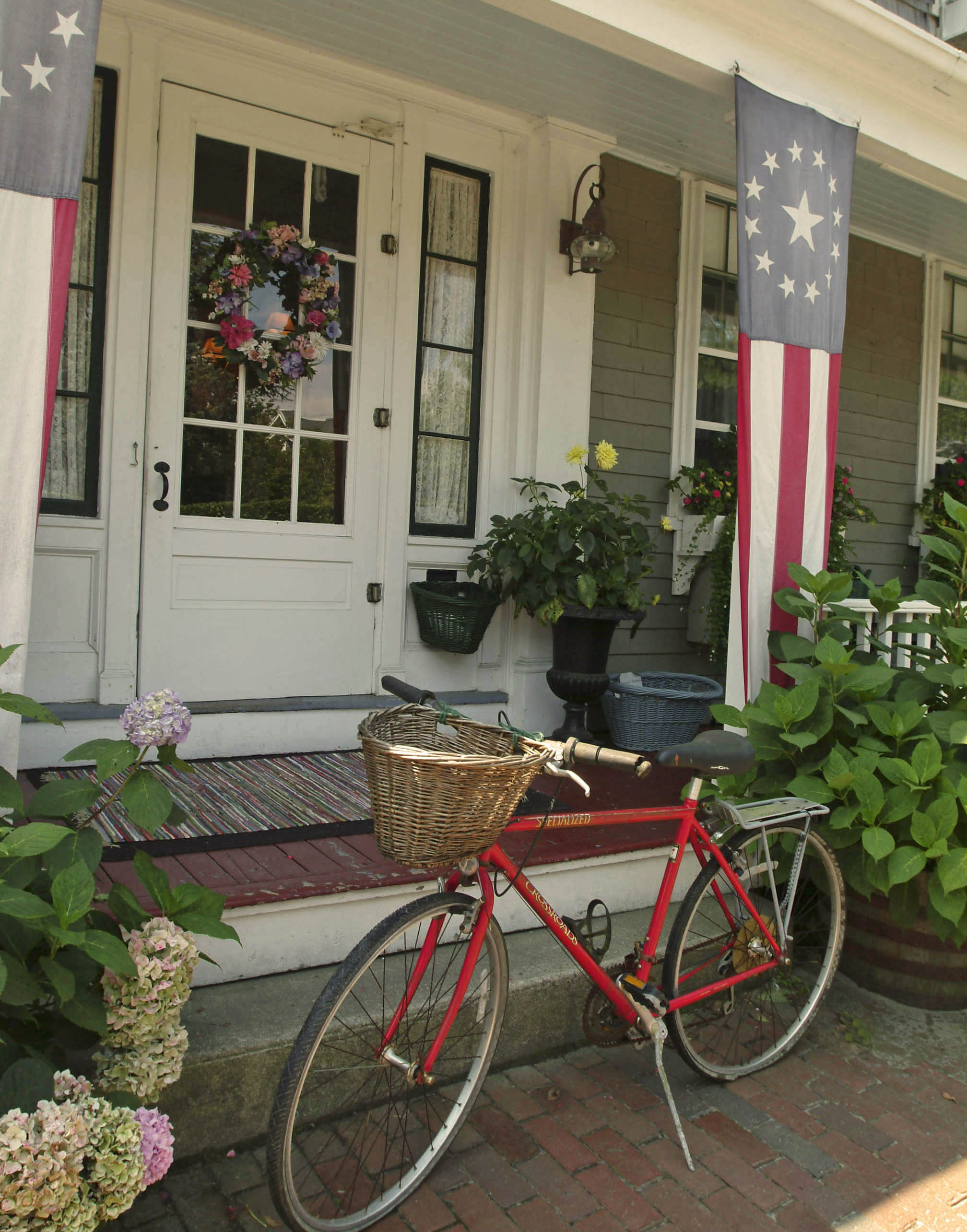 Standing at the entrance of the Nantucket Century House

The story of the Century House begins before the American Civil War; the bed and breakfast opened its doors in 1833 and has been humming along ever since, making it the oldest continuously operating guesthouse on Nantucket, according to historian Edouard A. Stackpole.
Since the mid-1800s, the B&B has undergone its fair share of renovations, including a more recent one that brought it up to speed with all of the requisite 21st century amenities. Today, the Century House is a splendid blend of old and new comforts, offering easy access walking access to town, beaches, activities, restaurants and historic Cliff Road. 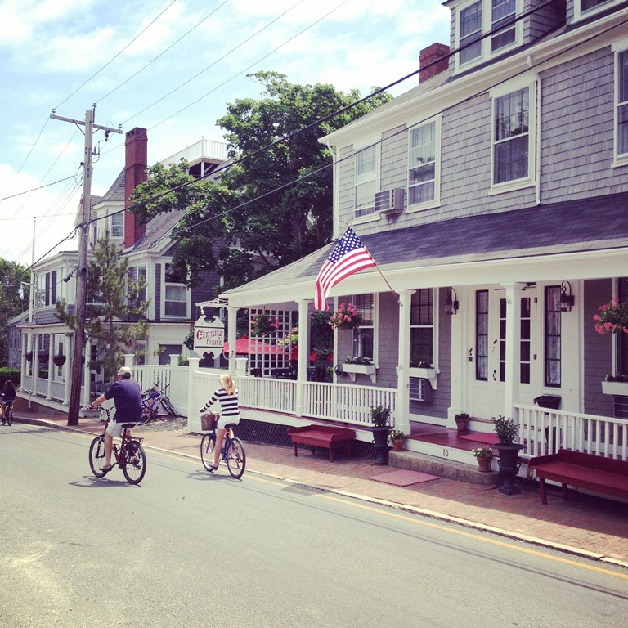 In terms of accommodations, there are several different options, which are spelled out in detail here. Families, couples and solo travelers all have plenty to pick from, ranging from single-person rooms to two-bedroom suites with kitchenettes. To look into availability and reservations, just click here.
In terms of amenities, the Century House has just about everything a guest could want. There’s Wi-Fi, cable TV, air conditioning, thousands of books, hundreds of films, towels, private baths, luxury toiletries and waffle-weaved robes. When it’s time to turn in, there are triple-sheeted beds with feather or down pillows (you can choose, of course). 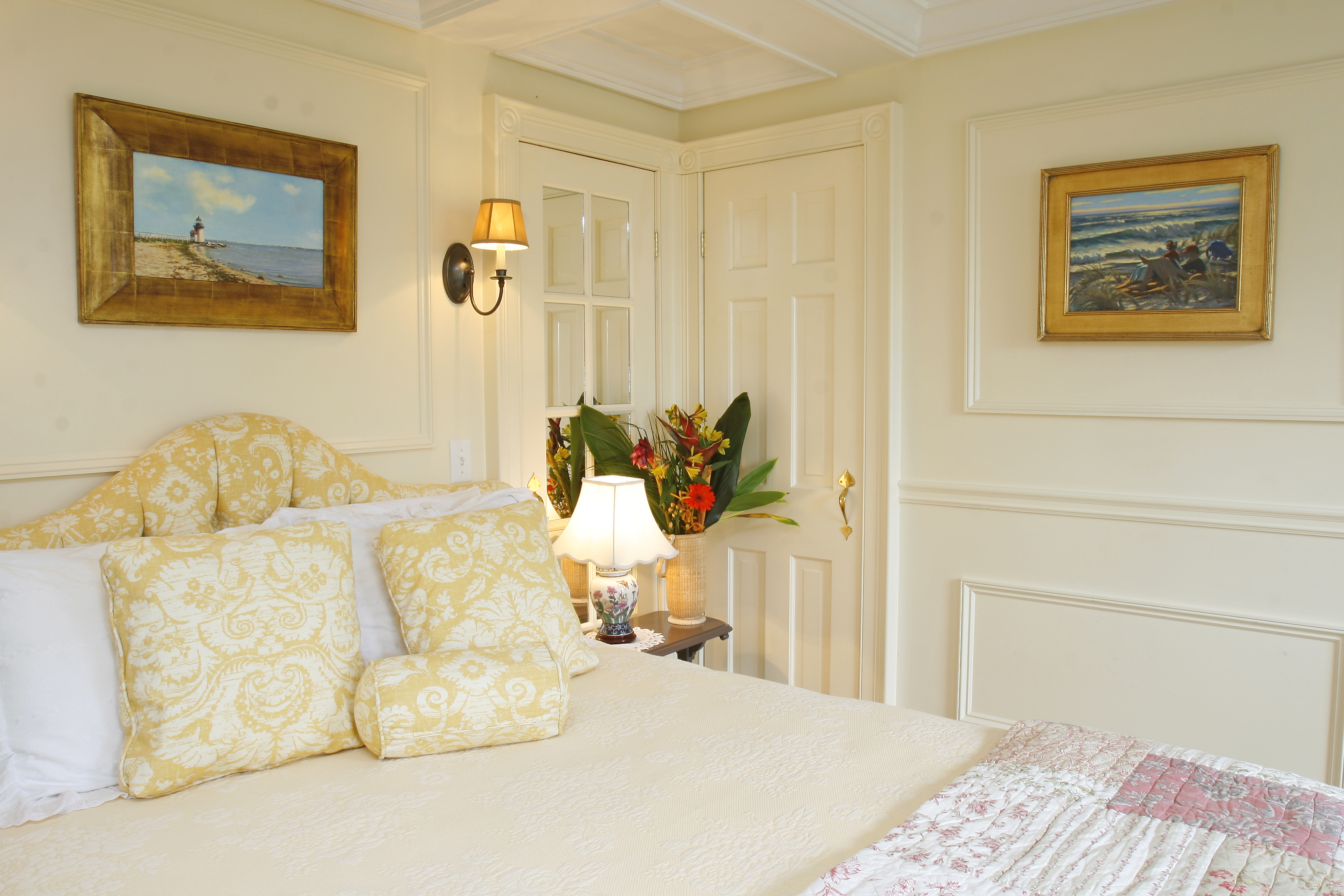 And after bed, there’s breakfast! Gerry’s Berry Buffet Breakfast, served each day from 8:30 – 10:00 a.m., is complimentary, and includes Irish oatmeal, cranberry toast, fresh fruit, organic yogurt, muffins, coffee cake and fresh-baked bread. Guests can dine al fresco on the wrap-around veranda or around the patio, garden and nearby sitting area. 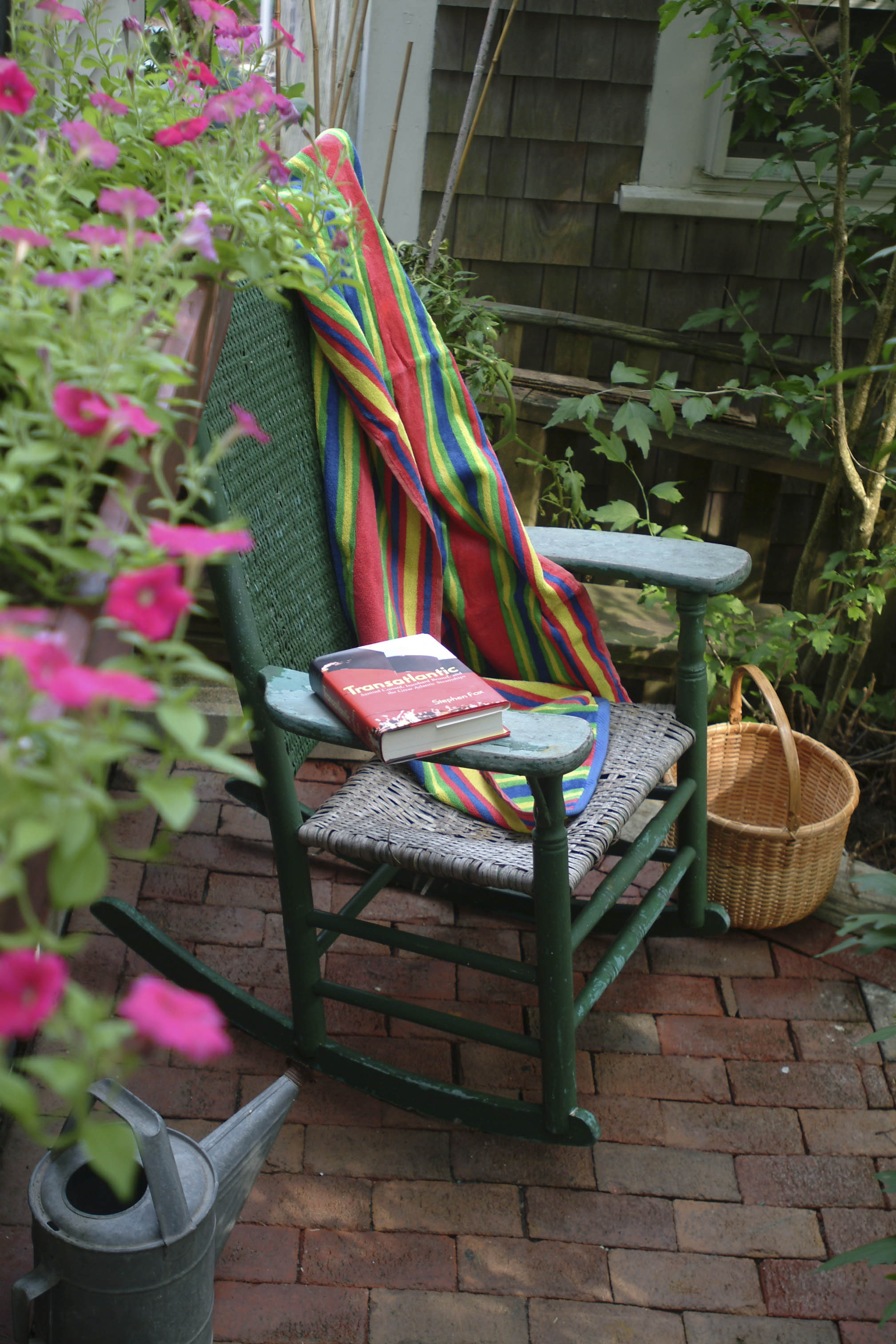 The outdoor area, pictured above, also happens to be an ideal post-breakfast reading location

Up for a little exploration? There’s a whole lot to see and do right near the Century House. Children’s Beach, which is less than a ten-minute walk away, ably lives up to its name, featuring shallow waters, picnic tables and a playground. The roads around the Century House are great for cycling as well, and there’s no shortage of places to rent bikes on the island.
Dining is one more pursuit that’s just a stone’s throw from the Century House. In town, visitors can choose from Nantucket’s range of enticing restaurants, several of which are located within easy walking distance of the B&B. So too is Brant Point, a brilliant vantage point to see the sun rise and set. 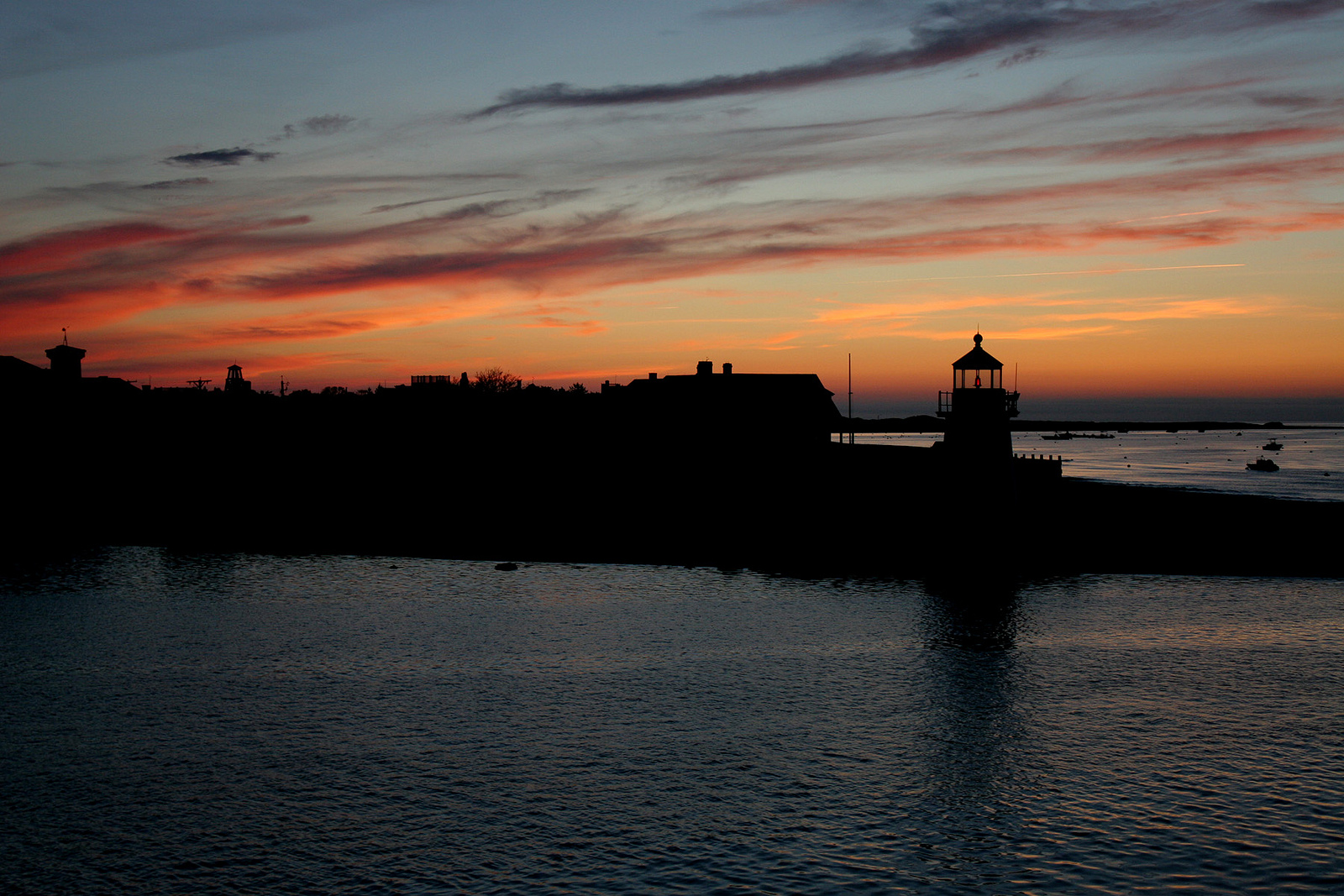 There’s much more to do during a stay at the Century House on Nantucket. For the full rundown, just click here. You can also spin through upcoming events here.