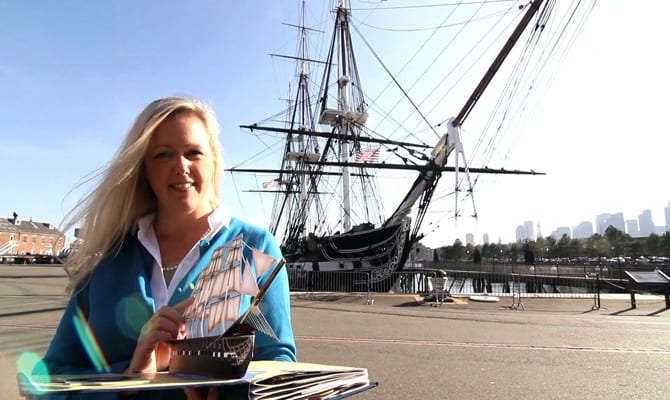 When I set out to create the Freedom Trail® Pop Up Book of Boston, I knew I would include elements of all sixteen sites along the trail.
From historic burying grounds and churches to places of early government and commerce, the Freedom Trail features some of the most significant Revolutionary-era landmarks in the country.
As I studied the history and architecture, I was struck in particular by the incredibly intricate weathervanes that topped several of the sites. I began to imagine the scenes they have witnessed. 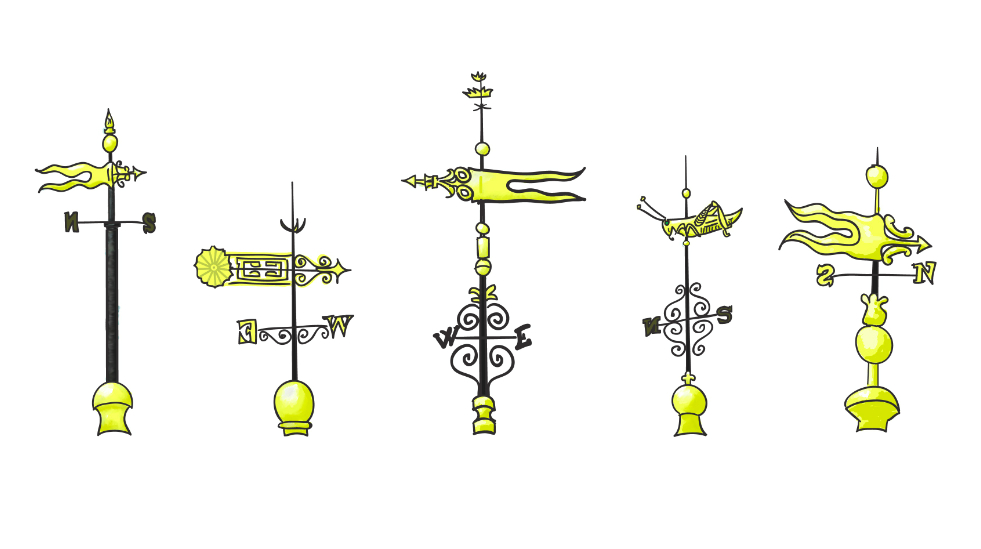 The weathervanes of the Freedom Trail

Take the weathervane on top of the Old State House — over time, it has seen the bloody Boston Massacre and the reading of the Declaration of Independence. It survived, even as the building was abandoned by the British, and was celebrated as the building was restored. The weathervane persisted even as skyscrapers went up around the Old State House, forever changing the landscape.
Below is just a bit of the rich history I learned while exploring the Freedom Trail’s weathervanes. I encourage you to walk the Trail this summer—whether it’s for the first time or the first time in years, you’ll always discovery something new. Remember to look up, too! 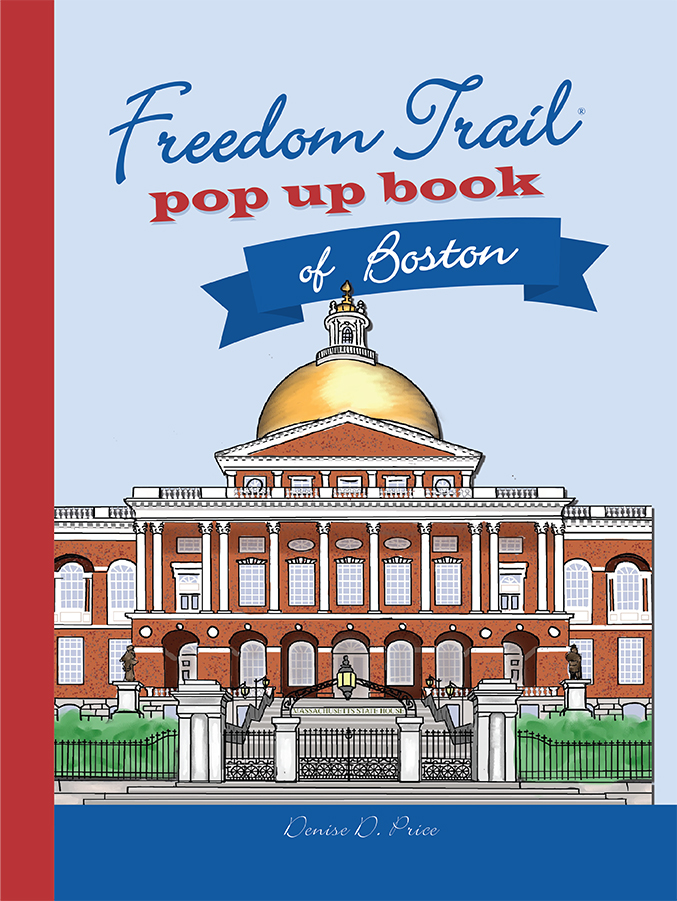 The Freedom Trail, in book form!

Old North Church
Featuring a swallowtail-style banner topped with a crown and a five-pointed star, this is the same weathervane that graced the top of the chapel when Paul Revere was the bell boy and two lanterns were famously hung from the tower. Removed, restored and reset after a 2012 hurricane, it can be seen shining in the sun from miles away.
Faneuil Hall
Possibly the best-known weathervane in Boston, the vane that tops Faneuil Hall might also be the most distinctive. Designed by Boston’s prolific craftsman Shem Drowne, the copper grasshopper first adorned the building in 1742. Said to be modeled after the weathervane from London’s Royal Exchange, the grasshopper would have symbolized Peter Faneuil’s own wealth and confidence that he could match the mercantile success found across the Atlantic Ocean. 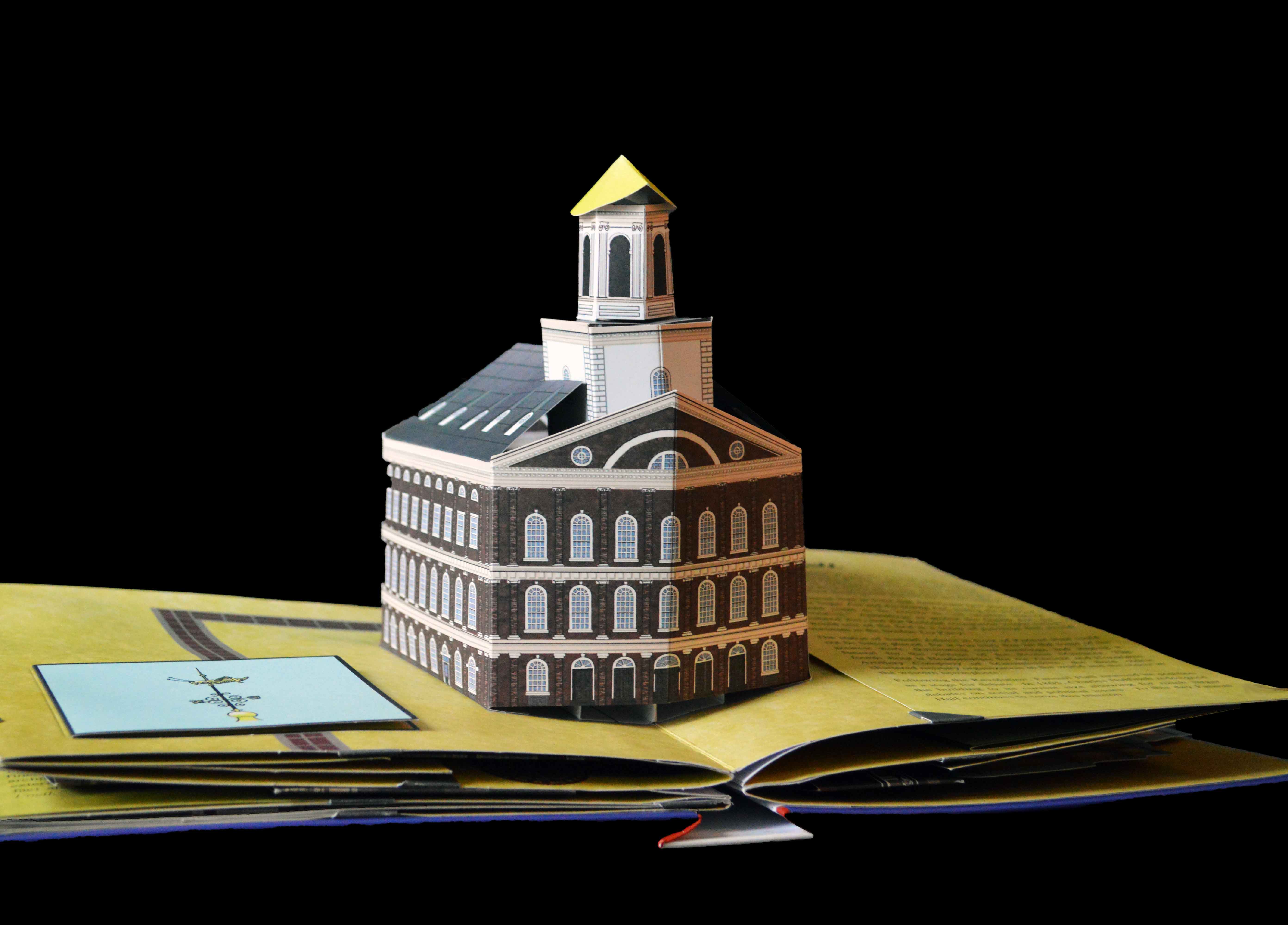 Faneuil Hall, as seen in The Freedom Trail Pop Up Book

Old South Meeting House
The gold weathervane that tops the Old South Meeting House is believed to be the second oldest in Boston. The split banner design was similar to weathervanes found on Christopher Wren-style churches in England, but was still appropriate for a Puritan meetinghouse because it lacked religious symbolism.
Park Street Church
This unique weathervane features a sunburst as its tail and a five-pointed star pointing to the heavens above. The stylized scrolls, called lyres, symbolically represent song and the wind. Perched 217 feet above ground, the Park Street Church weathervane can be seen from most vantage points on Boston Common.
Old State House
Recently re-gilded over its copper frame, the Old State House weathervane features the distinguishing “long-johns” design that was most commonly used in England.   The weathervane is approximately five feet high and was made in 1714. Recent analysis has concluded that is almost certainly the work of Boston’s famous vane-maker, Shem Drowne. 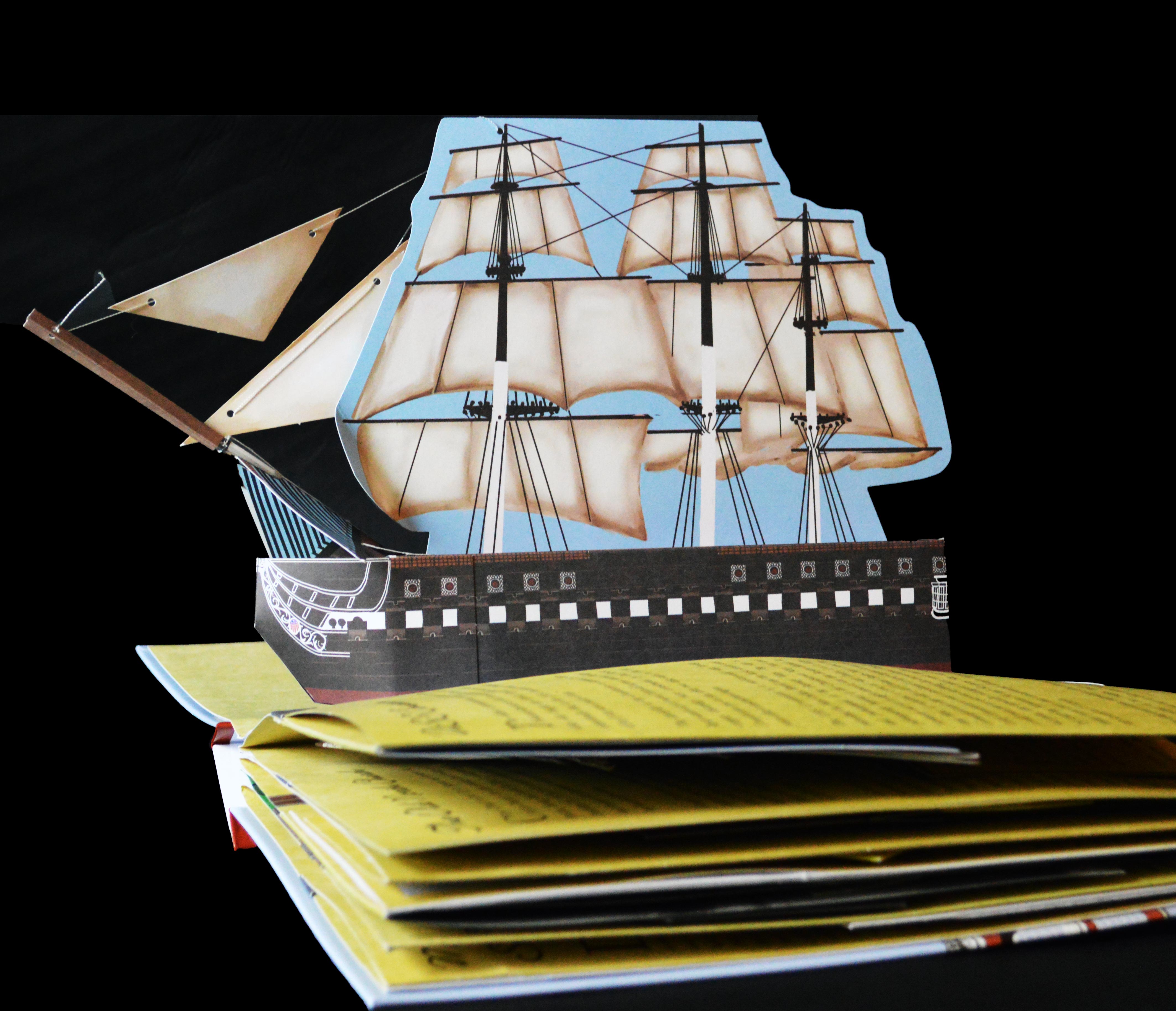 The U.S.S. Constitution, another iconic Boston site, as depicted in The Freedom Trail Pop Up Book

If you’d like to learn more about these sites (or if you’re on the lookout for a sweet gift!), check out the Freedom Trail® Pop Up Book of Boston. Filled with remarkable architectural detail, exquisite craftsmanship, and fascinating profiles of each landmark, the book is a treat for readers of all ages and from near and far. No matter how well you know Boston history, you’ve never quite seen it like this; the book is available for sale online and at bookstores around Boston.
Denise D. Price is the author, illustrator, and creator of the Freedom Trail Pop Up Book of Boston. A self-taught paper engineer, Denise is a real estate professional and entrepreneur. She lives and works in Cambridge, Massachusetts and you can follower her on Twitter here.