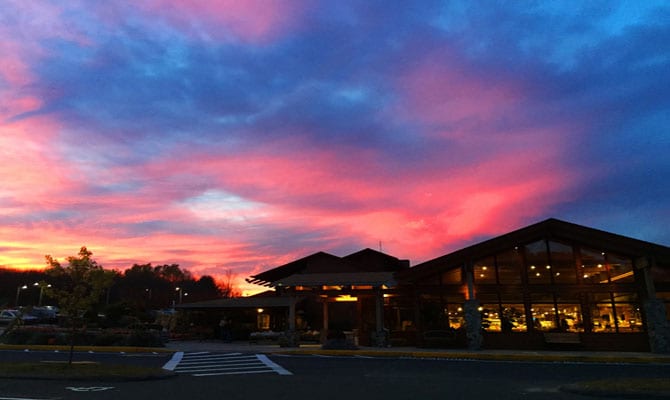 In March, the Huffington Post published an article sharing 15 reasons why western Massachusetts deserves some serious credibility when it comes to food.
For any locals worth their salt, and for visitors, too, this doesn’t come as breaking news, given the variety of excellent ways to experience the food scene in the Pioneer Valley and the Berkshires.
No doubt, Western Mass is getting a lot more acknowledgement of late as a culinary powerhouse. But still not as much as it deserves.
Here are 7 reasons why. 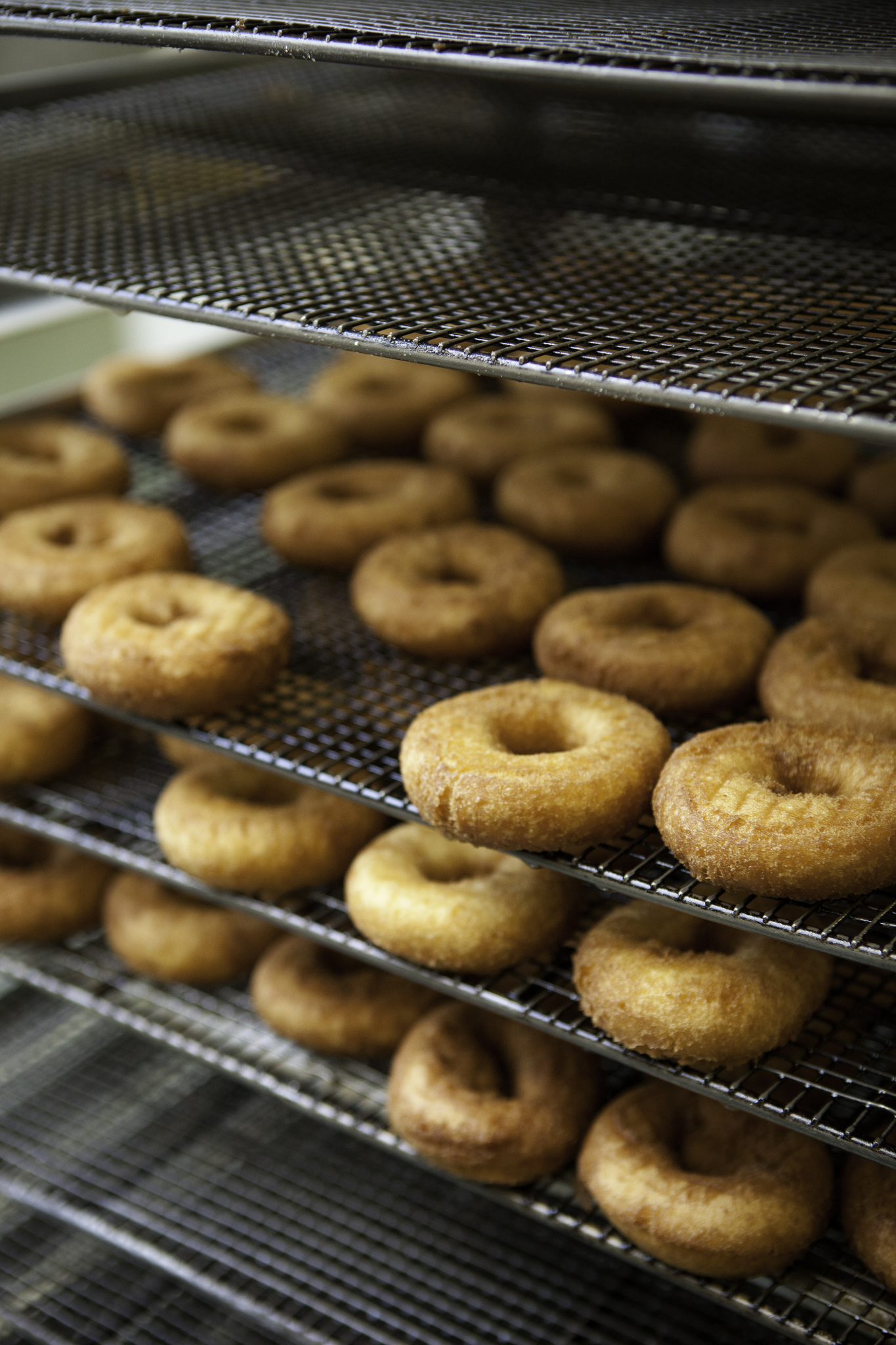 Doughnuts from Atkins Farm are pretty much reason enough by themselves

1. Atkins Farm in Amherst, MA
Atkins Farm, which got a nice mention in the March article, is pretty much everything that’s great about local farms. Fresh produce is just the beginning, and that great start is complemented by a bakery, a deli, cheese and much more, including beer and wine. The farm is available for special events, and during the fall, there’s also apple picking. For those who are unfortunately too far from Atkins farm to stop in, there’s always the online store, too.
2. Franklin County CiderDays in Franklin County
What started as an idea around 20 years ago is now a tradition, and there’s no mystery as to why. Franklin County CiderDays is an annual November celebration of cider (both fresh and hard) in western Mass. 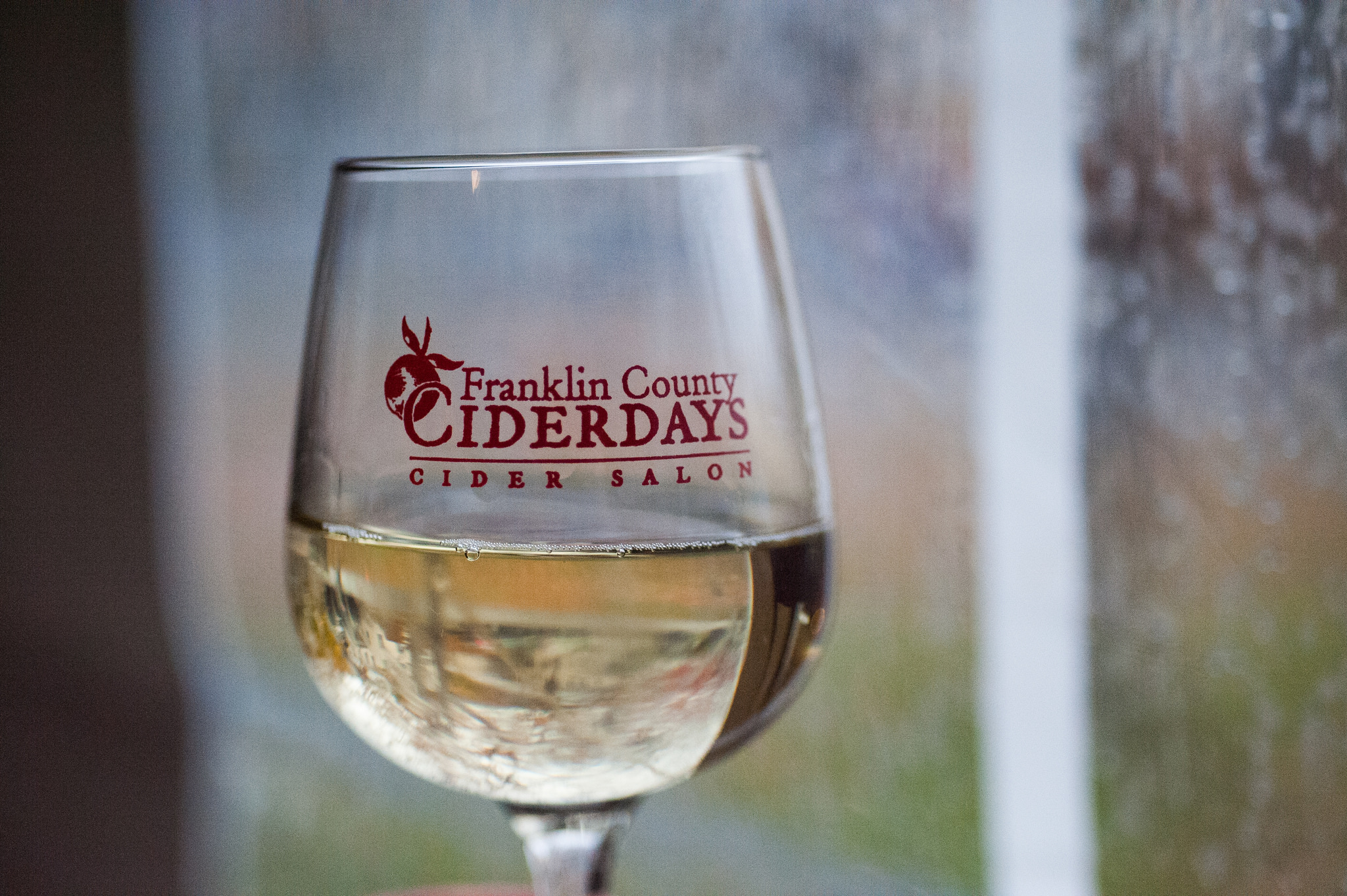 An absolute prerequisite to attending CiderDays

Along with tastings, farm tours and classes, guests can sample some delectable fare from the stable of local farms over the course of a weekend. Oh, and the fact that CiderDays takes place in western Mass during autumn definitely doesn’t hurt either, because the scenery is gorgeous to boot.
3. Northampton Farmers Market in Northampton, MA
The Amherst Farmers’ Market is always worth checking out, but just a town over, Northampton boasts a very fine selection of its own. The Northampton Saturday Market runs from around the beginning of spring to the onset of November, supplying passersby with grass-fed beef, lamb, dairy products, medicinal herbs and all the produce imaginable, to name just a few offerings. During the chillier months, there’s the Noho Winter Market, which keeps everyone well fed until longer, sunnier days return. 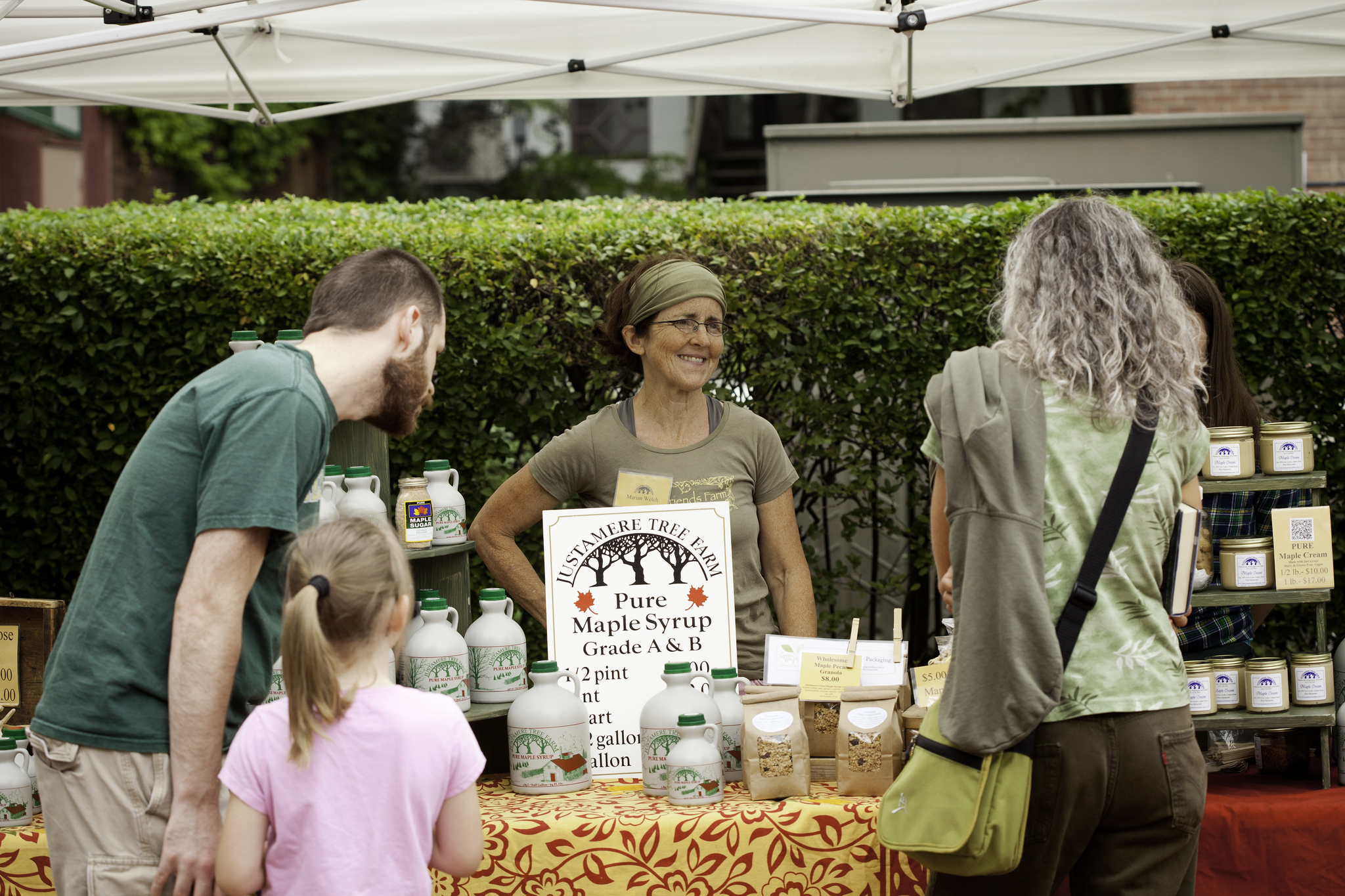 4. Berkshire Farm & Table
Berkshire Farm & Table bills itself as having “unique and delicious culinary collaborations,” and anyone who’s experienced one would be hard-pressed to disagree. For a truly memorable dining experience, try Outstanding in the Field; it gives diners the chance to eat meals from top regional chefs outdoors, as a way of drawing attention and appreciation to the local farms that source the ingredients. 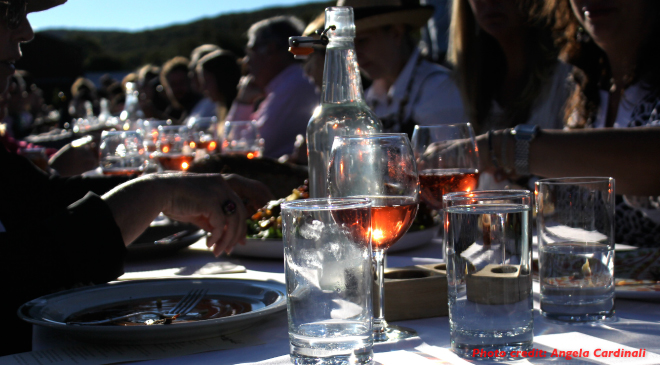 Sitting down at Outstanding in the Field by Angela Cardinali

Outstanding in the Field tickets can be mighty hard to come by, though, as they’re very sought-after items and the event takes place there just once per year. Fortunately, Berkshire Farm & Table has also created three Taste Trails (one for beer and cider, one for cheese, another for charcuterie), which will treat you well year round.
5. The Red Lion Inn in Stockbridge, MA
Any discussion of the top restaurant in the Berkshires tends to spark a lively debate (Exhibit A, Exhibit B), simply because there’s so much that’s so good to choose from. The Red Lion is well known as a historic inn, with more than two centuries of hospitality to its name, and its restaurant has become nearly as famous in its own right. 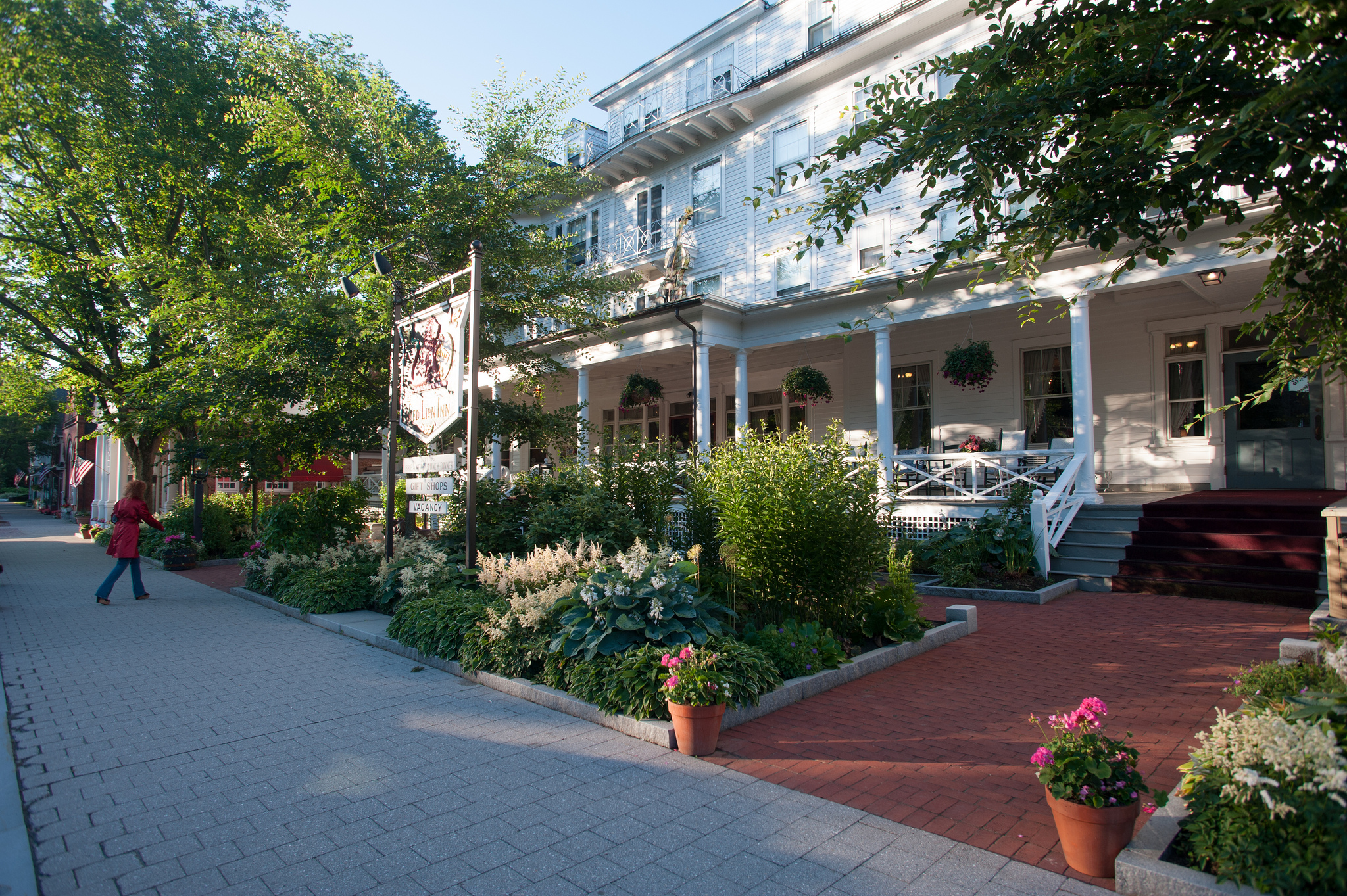 Out front at the Red Lion Inn

Executive Chef Brian Alberg keeps the best kind of contemporary cuisine on the menu, and is also an avid supporter of the local food movement, making the Red Lion an excellent destination for travelers who like good food and good accommodations. The inn is located on Main Street as well, making it ideally situated for exploring around town.
6. North County Eats Restaurant Week in the northern Berkshires
Winter in New England can be unforgiving at times, but North County Eats gives Berkshires residents and visitors something to look forward to during the heart of it. Dishes from restaurants in North Adams and Williamstown are featured at prix fixe prices, which means some of the best meals around can be had for a tidy discount. The North County Eats website breaks down the choices by price, meal and cuisine as well, making it easy for diners to plot their next move.
7. Herrell’s Ice Cream in Northampton, MA
Herrell’s Ice Cream is a Massachusetts institution in the best sort of way. Started in the early ‘70s, the ice creamery now stocks more than two hundred flavors, ranging from classics like vanilla and chocolate to more creative pursuits, such as Jalapeno and Cheesecake Cream. 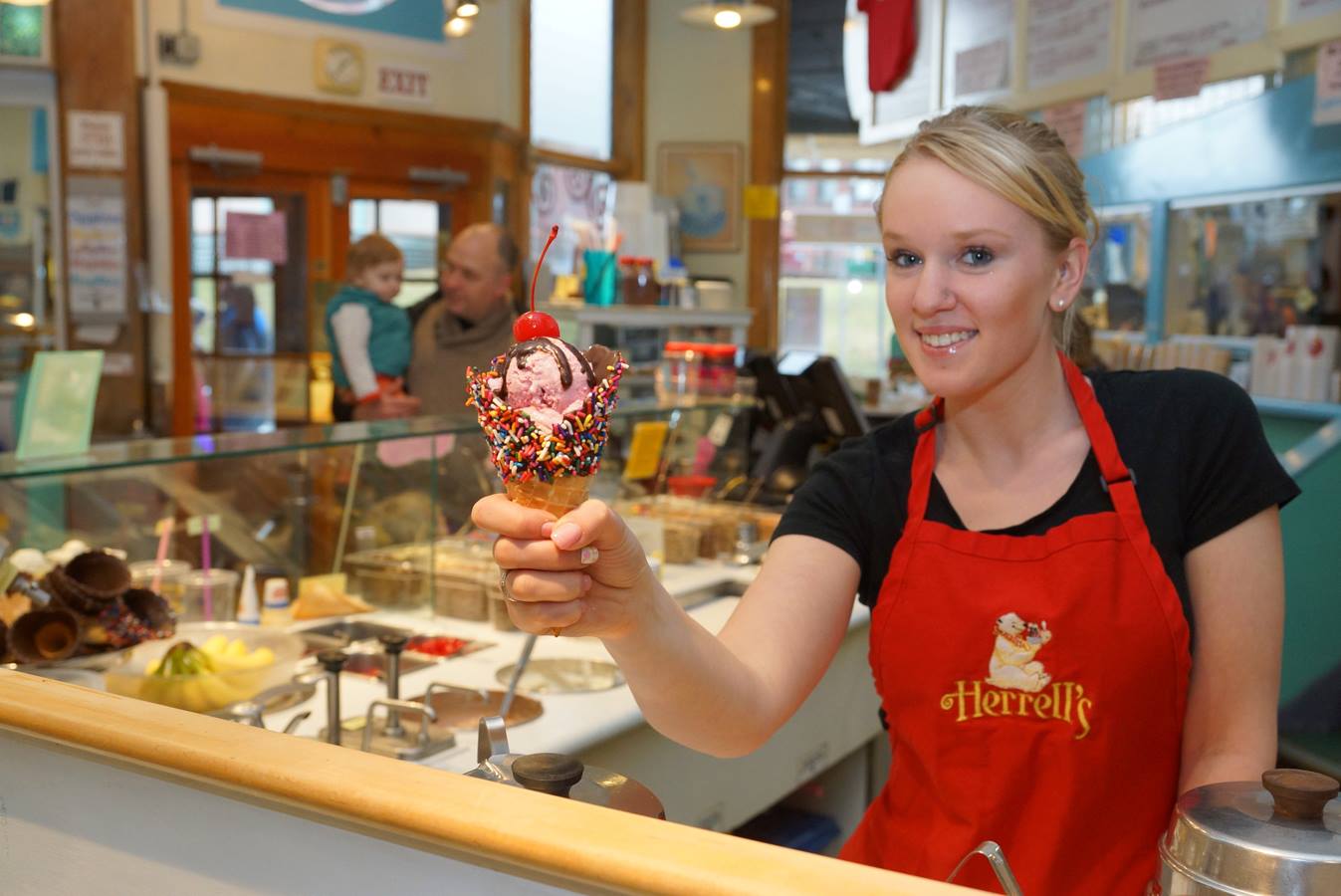 Serving up something good at Herrell’s Ice Cream

Herrell’s frozen treats can be found at their Northampton flagship store, as well as Williamstown, Deerfield and Shelburne Falls. The hot fudge sauce, which is made from scratch, is also sold in online and in stores, giving guests something to bring back with them after they’re done wolfing down the ice cream.
Given all the great food that there is western Massachusetts, this is merely a sample. To learn more about the culinary scene in western MA, click here. To see some local diners all across the Commonwealth, check out our handy infographic. 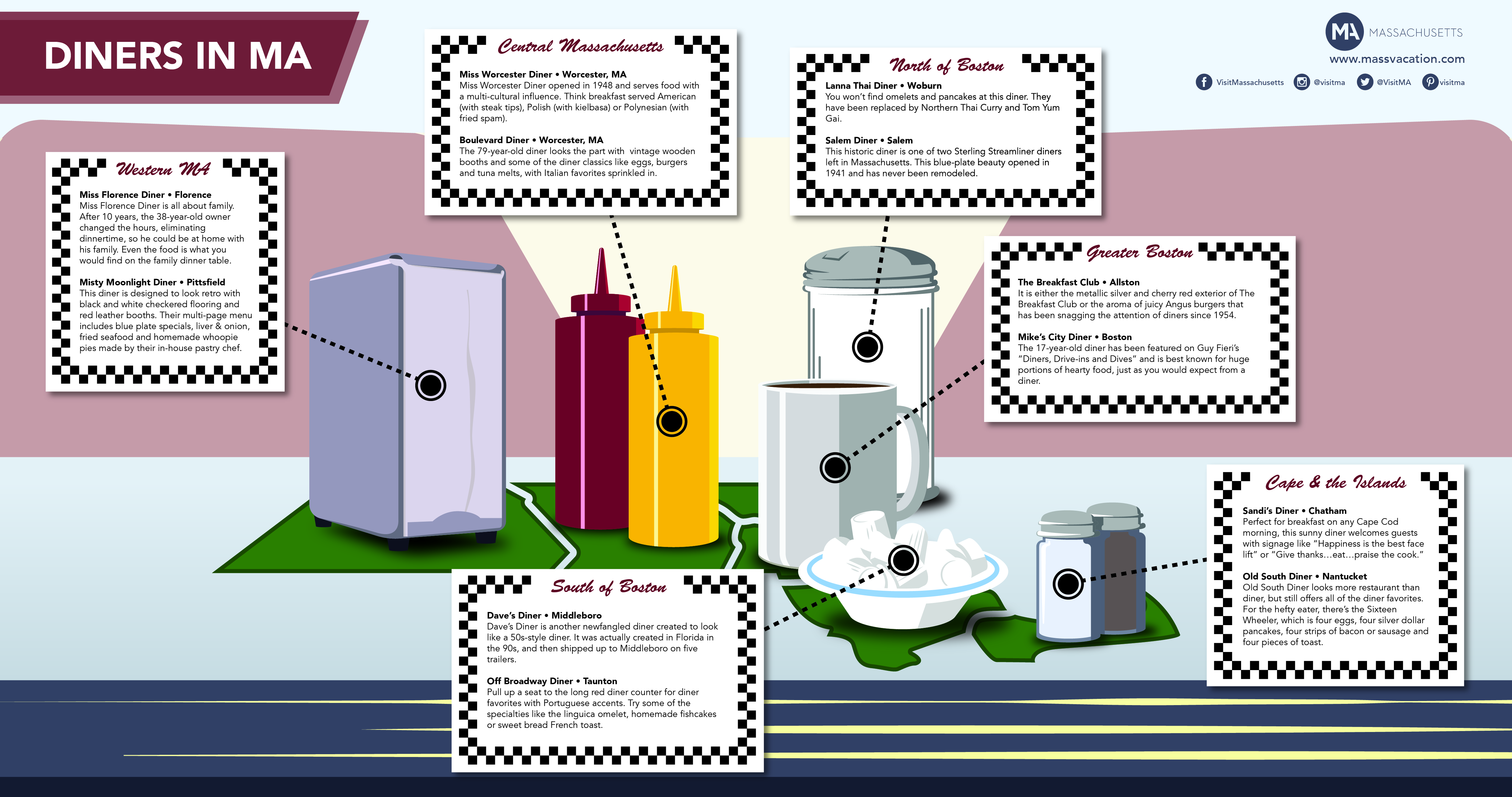 Do you have a favorite food spot in western Mass that more people should know about? Tell us below in the comments!