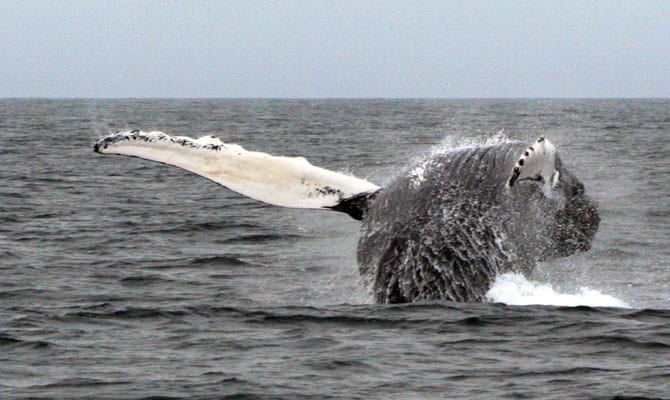 A new season at Fenway isn’t the only dependable sign of spring’s arrival in Massachusetts.
Along with being the official beginning to baseball season, April is also the unofficial start to whale watching season in Massachusetts, which generally runs through October.
From the North Shore down through Boston and on to the South Coast, there are a whole host of choices for would-be whale watchers.
Here’s a quick look at three that are based out of Plymouth.
Captain John Whale Watching and Deep Sea Fishing
Captain John’s got its start running daily fishing trips back in the 1940s. Since then, their services have grown quite a bit, as have the size of the creatures that the boats track. Nowadays, Captain John Whale Watching offers whale watching, deep sea fishing, group tours and – during the warmer months – a fast ferry to Provincetown. 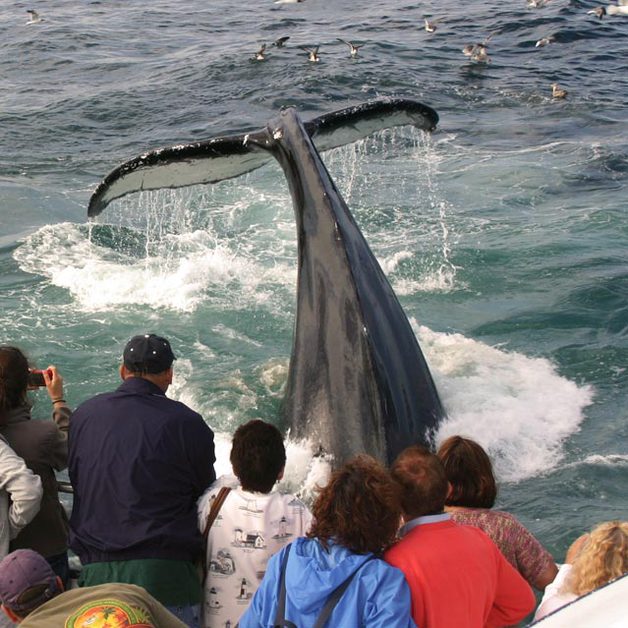 With April being underway, Captain John has multiple whale watching excursions to choose from each week, and they become more frequent as the weather gets warmer. The outings depart from Town Wharf in Plymouth and make their way to the celebrated Stellwagen Bank sanctuary, a primary feeding ground off Cape Cod for Humpback, Finback, Pilot, Minke and Right whales, the last of which is endangered. For trip rates, FAQs and more, just click here.
Plymouth Whale Watching
Based out of State Pier, where you’ll also happen to find the historic Mayflower II, Plymouth Whale Watching gives groups, teachers and families excellent flexibility in planning their trip. There are pricing options for tour groups and school groups, both of which fit comfortably aboard the 100’ boat. Sightings are guaranteed for guests, who will be ferried from Plymouth to the aforementioned Stellwagen Bank. 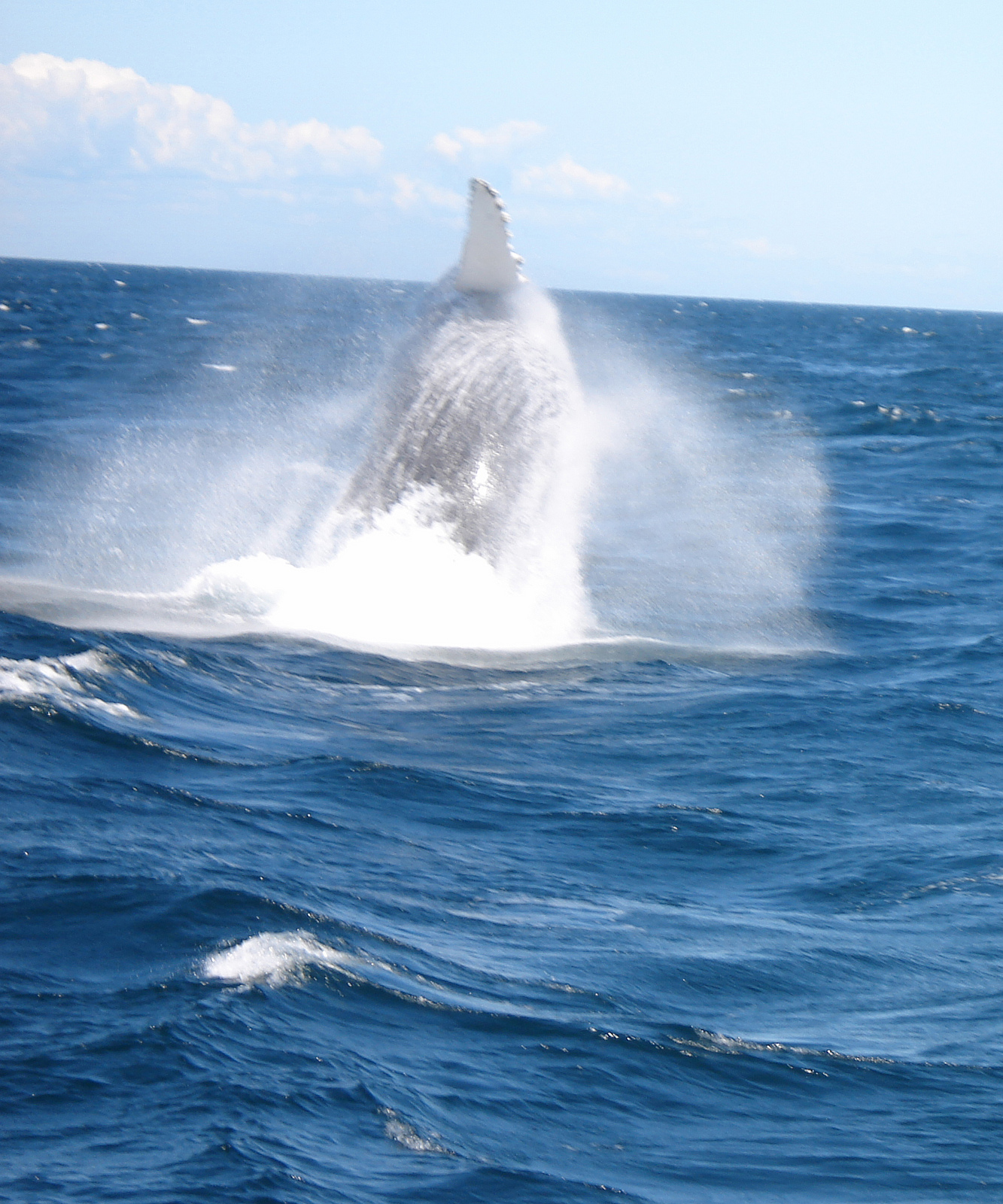 A whale getting aerial off Cape Cod by William DeSousa-Mauk

For Plymouth Whale Watching, the season starts during May. Daily trips depart from late May through late June, taking a break for the summer months before picking up again in September and October. In addition to whale watching, there are summer Pilgrim Belle cruises and a Plymouth to Provincetown ferry as well. You can take a look at tickets for each of them here.
Capt’n Tim Brady & Sons
With Plymouth’s rich maritime history, Captain John couldn’t be the only captain in town. Capt’n Tim Brady’s operation has something for fishers, whale watchers and sightseers alike, running everything from deep sea charters to specialty cruises. All of them leave from One Town Wharf in Plymouth, a central location along the waterfront. 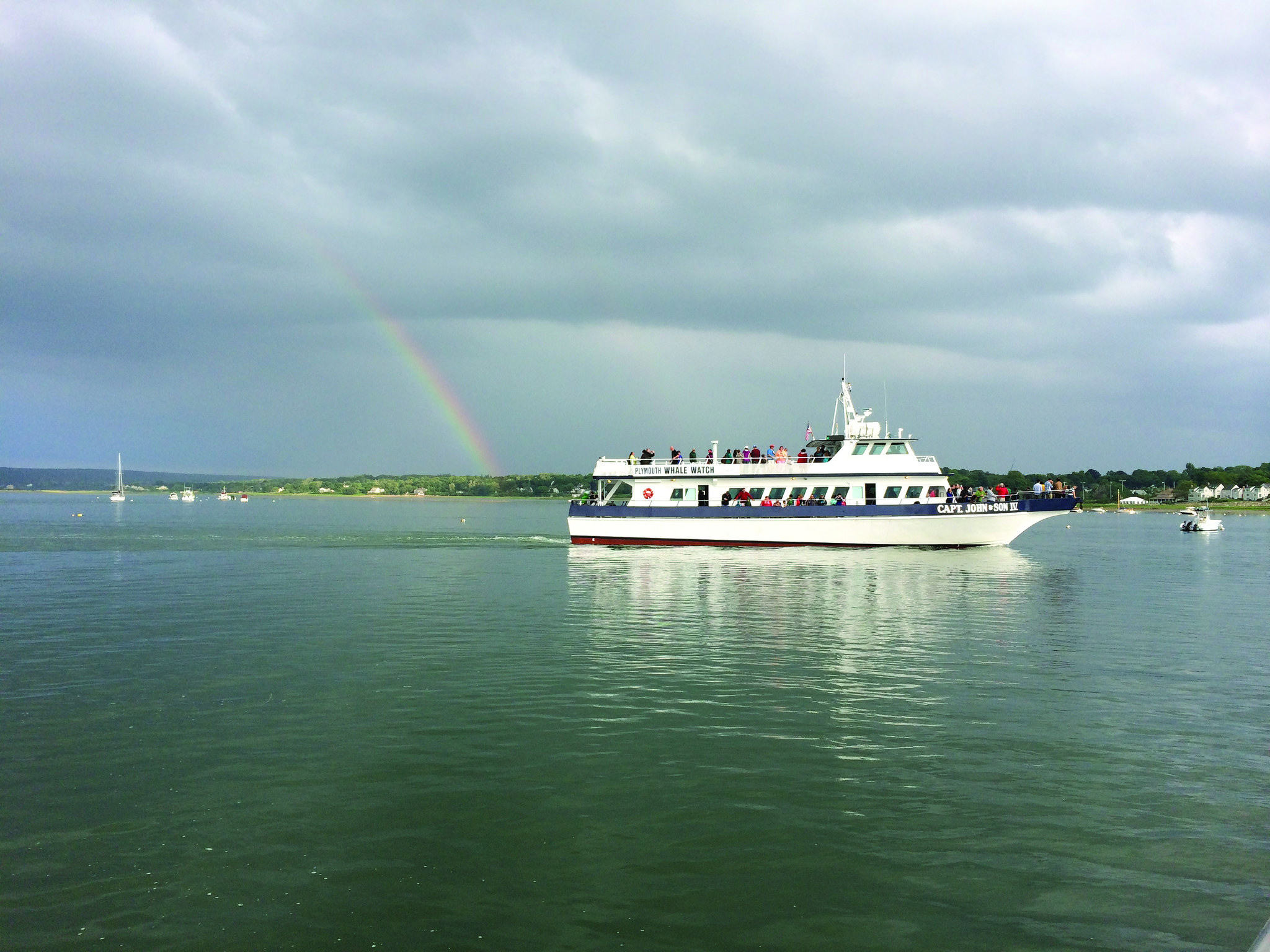 Capt’n Tim Brady & Sons throw themselves full tilt into summer towards the end of June, when they open seven days a week for private trips. Weekend spots do tend to go quickly, so it’s a good idea to inquire ahead for whale watching or fishing. When looking for whales, the boat heads for the best place to see them: Stellwagen Bank. For Capt’n Tim & Sons, the season lasts until November, and more info is listed about each type of outing here.
Just about all of these adventures, whale watching and otherwise, are round trip, which makes it easier to overnight in Plymouth than duck out of town after an early morning plus a long day on the water. The Best Western and Hilton Garden Inn are right by the harbor, making them both prime spots for pre- or post-whale watching sleepovers.
Have you ever been on a whale watching trip in Massachusetts? Where did you go and what did you see? Let us know below in the comments!
Photo at the top: Breach in action at Stellwagen Bank courtesy of Rich Ellison via Flickr