Growing up in New York’s Catskills region in the 1980s and ’90s, Marisa Scheinfeld had an impressive playground at her disposal: the resort area long known as the Borscht Belt, once nicknamed the Jewish Alps.
As a child, Scheinfeld would swim and play shuffleboard at nearby hotels; as a teenager, she worked as a lifeguard at the area’s largest resort, the famed Concord.
For much of the 20th century, the Borscht Belt—so called because of its popularity with Jews from the New York area, who weren’t welcome at other spots—was a thriving vacation destination, home to hundreds of resorts, hotels, and bungalow colonies. In its heyday, the area was known for its nightlife, with top comedians and other performers appearing regularly there. 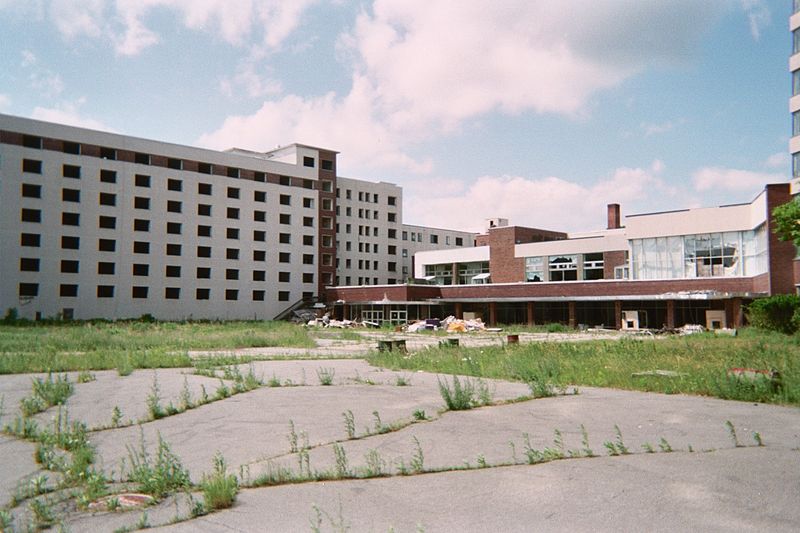 What was left of the once-mighty Concord circa 2005, courtesy of Wiki Commons

But by the time of Scheinfeld’s childhood, economic and other factors had sent the region into rapid decline, forcing many of the hotels and resorts to close. For the past five years, she’s documented that decline through a series of evocative, large-scale images showing those empty places. On April 26, an exhibit of Scheinfeld’s work, Echoes From the Borscht Belt: Contemporary Photographs by Marisa Scheinfeld, will open at the Yiddish Book Center in Amherst, Massachusetts.
Some of the images highlight the stark contrast between the past and present: a row of mint-green stools lined up before a phantom lunch counter that was removed long ago; a formerly grand dining room that local kids have commandeered for paint-gun battles, its tables and bright-pink chairs overturned and streaked with paint.
In other images, it’s nature that has assumed control: the moss climbing the walls of a vacant guest room, the ferns growing through the cracked floor of a long-abandoned indoor pool. 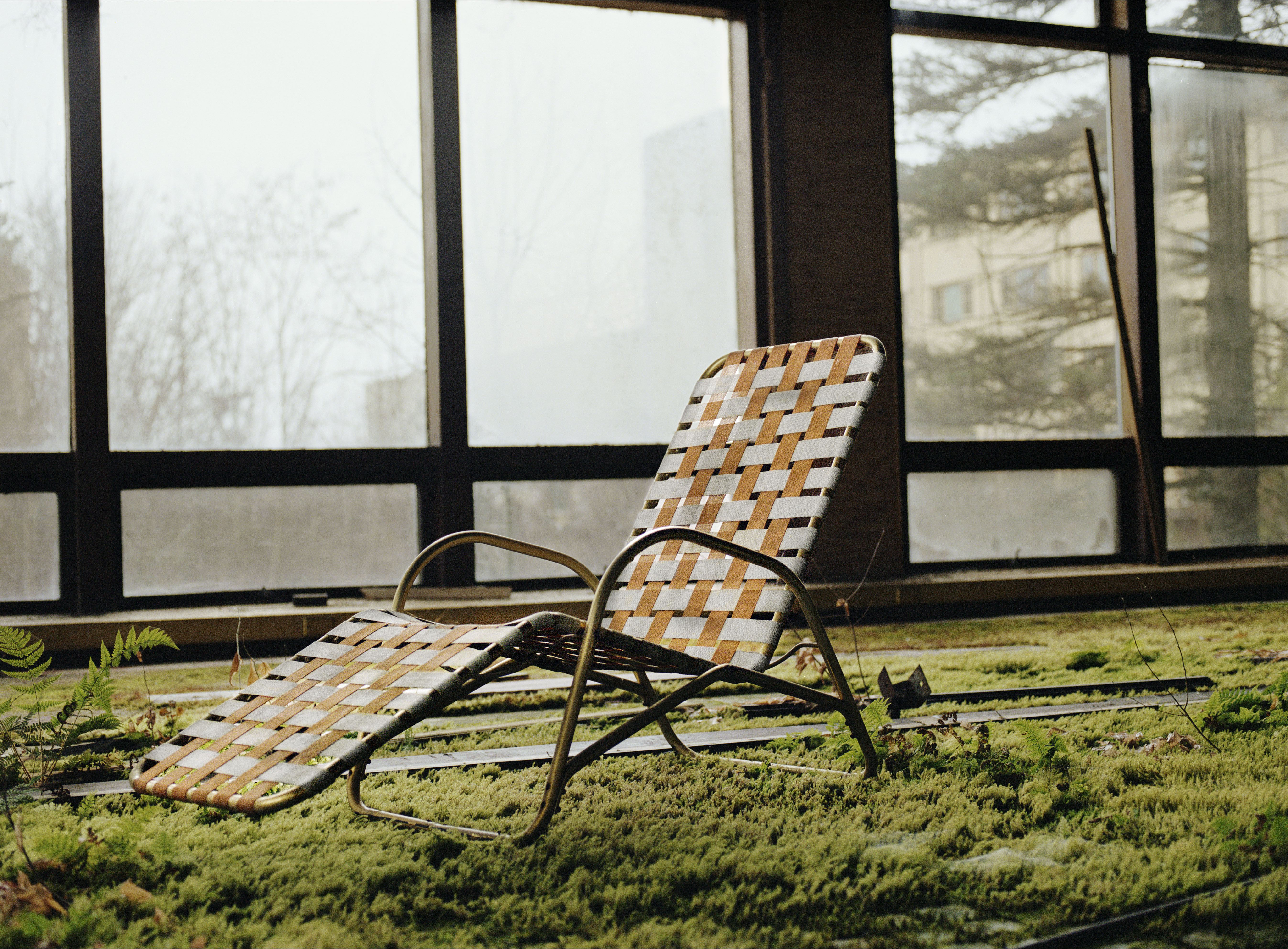 “Over time, nature is reclaiming a lot of the hotels,” Scheinfeld says. “The project brought up for me notions about the nature of time and change—what happens not only to people over time, but to the place and space itself.”
When she began her project, Scheinfeld says, “people would say, ‘Why do you want to go in those places? There’s nothing there.’” But she finds the Borscht Belt an ever-evolving landscape that draws her back season after season. “Every time I go back, I don’t know what I’m going to find.”

Scheinfeld will give gallery talks at the Yiddish Book Center on Sunday, April 26 (the Center’s free Community Open House Day) at 11:30 a.m., and on Sunday, August 2, at 2 p.m. The Center also will hold a Borscht Belt Film Festival in conjunction with the exhibit, screening Welcome to Kutsher’s: The Last Catskills Resort and Dirty Dancing (both May 10), When Comedy Went to School (May 17), and A Walk on the Moon (June 7).
Echoes of the Borscht Belt, which was developed and curated by Yeshiva University Museum, will be in the Yiddish Book Center’s Brechner Gallery through October.
The nonprofit Yiddish Book Center works to tell the whole Jewish story by rescuing, translating, and disseminating Yiddish books and presenting innovative programs that broaden understanding of modern Jewish identity.
The Center, at 1021 West Street, Amherst, Massachusetts, is open Sunday to Friday, 10:00 a.m. to 4:00 p.m. For more information, visit www.yiddishbookcenter.org.
Maureen Turner is communications coordinator at the Yiddish Book Center.