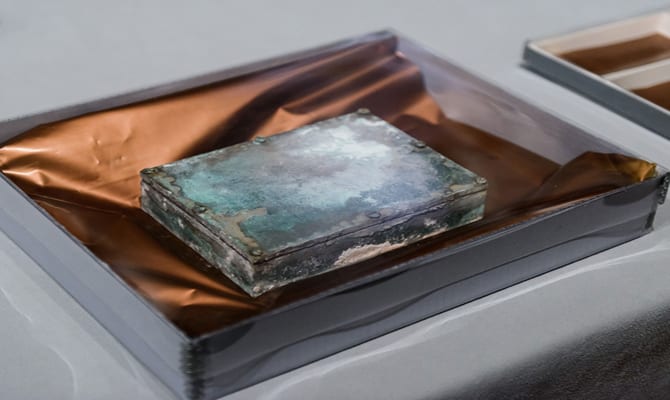 In 1795, Paul Revere and William Scollay gathered a handful of items from their era, enclosing them as a gift to posterity in a time capsule underneath the Massachusetts State House.
There the capsule remained, until 1855, when it was briefly unearthed to add a few more artifacts. After that, it stayed buried under the State House for more than 100 years.
That time capsule, as you might have heard, was excavated once more in December of 2014, and in a manner of days, its content will be on display at the Museum of Fine Arts Boston.
Care for a historic gaze into the past? Here’s how you can avail yourself at the MFA. 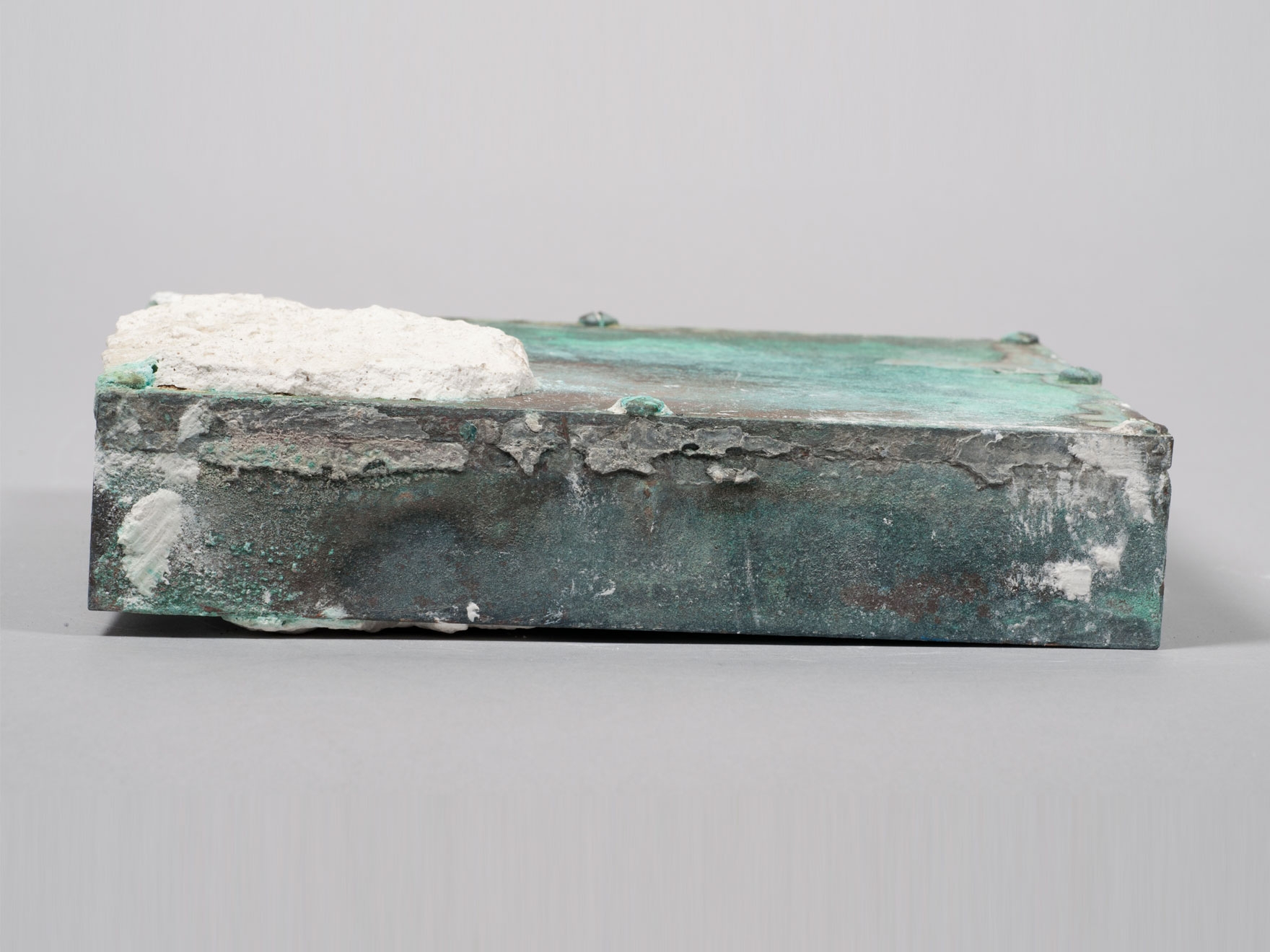 The exhibit, titled “Inside the Box: Massachusetts State House Time Capsule Revealed,” will be on display at the MFA from March 11 through April 22, 2015. Admission is free for members, while pricing info for visitors can be found here; it’s $25 to visit and discounts are available for seniors, students and children under 18.
What relics will members and guests see from years gone by when they stop in? The capsule contained coins, newspapers, a medal depicting George Washington and a silver plaque believed to be engraved by Paul Revere himself. The exhibit will spotlight these artifacts, along with the prominent historical figures involved in their 1795 and 1855 burials. 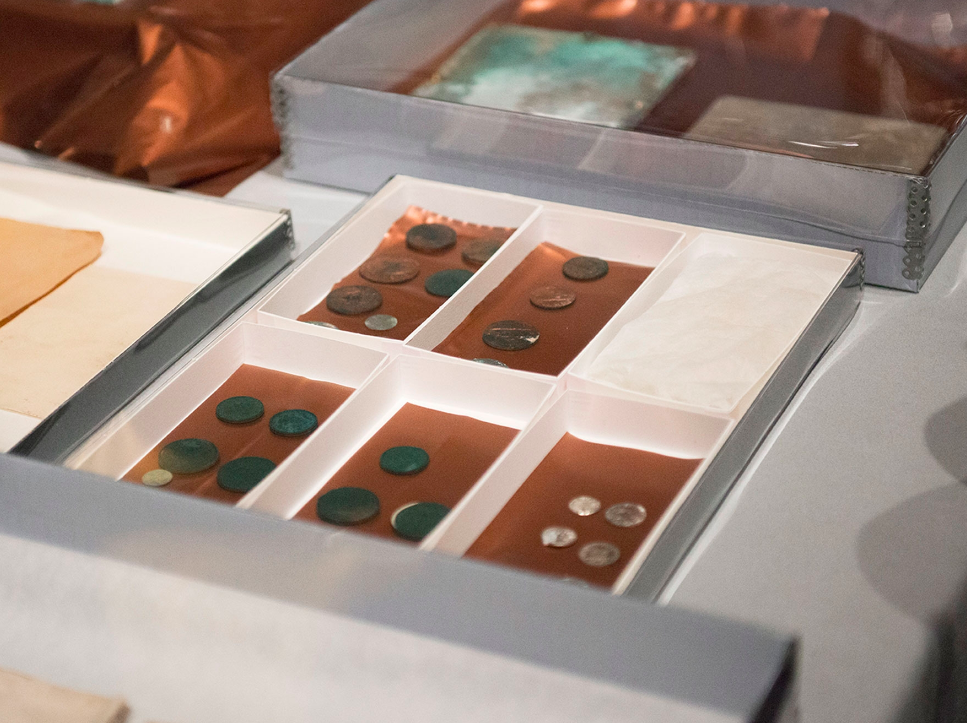 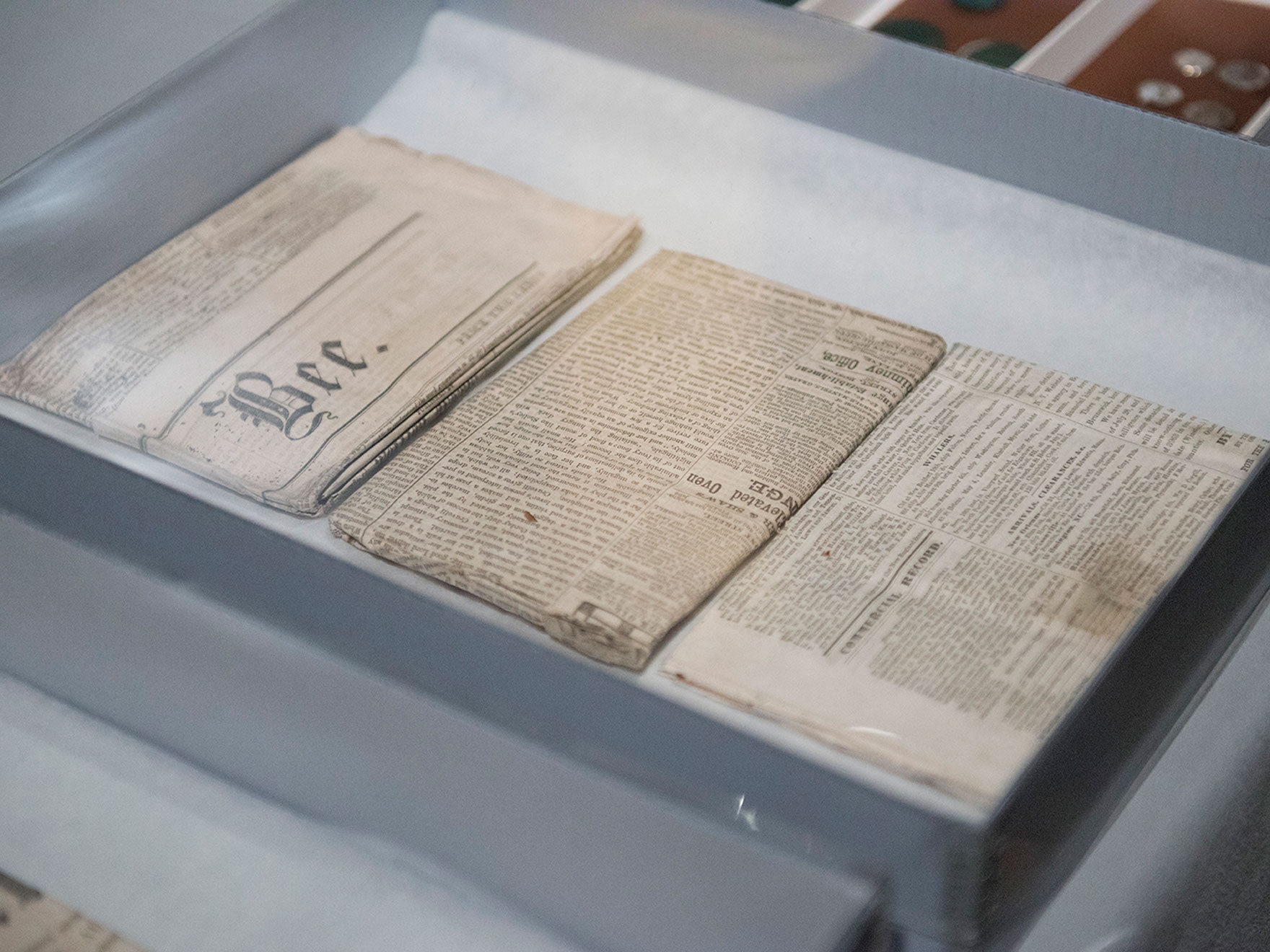 Newspapers found in the time capsule courtesy of the MFA 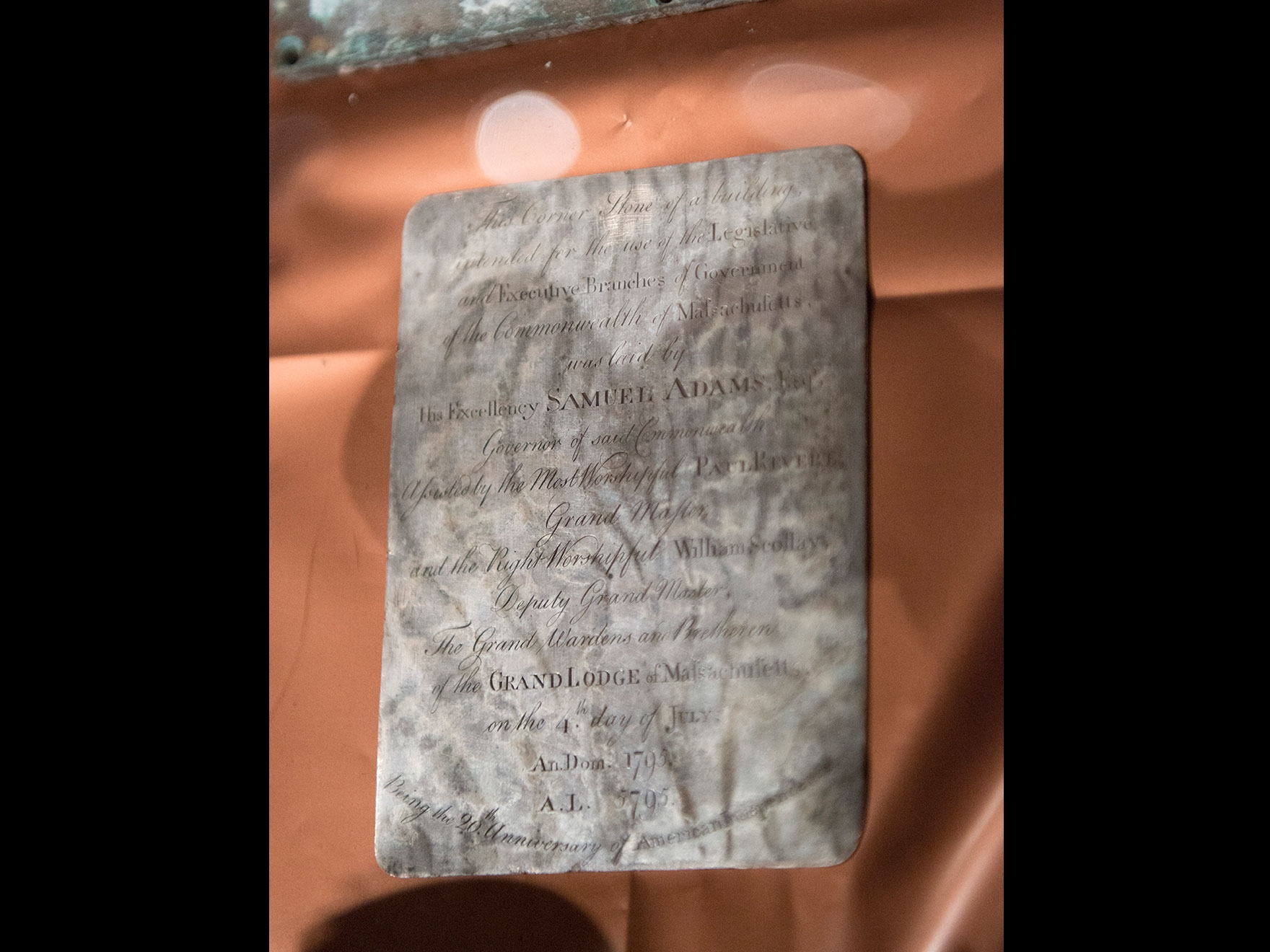 While the State House time capsule’s contents will be the most recent installation at the MFA during March, they certainly won’t be the only one worth seeing. In the same Wing as “Inside the Box,” visitors can also inspect portraits of Samuel Adams and Paul Revere by John Singleton Copley, in addition to other objects from the same time period.
Elsewhere, Gustav Klimt’s Adam and Eve, the first painting from the Austrian maestro to grace the Museum of Fine Arts Boston, will be on display through April 27. So too will “Restoring a Legacy: Rothschild Family Treasures” (through June 27), which tells the tale of regal European valuables that were looted by the Nazis and then eventually returned to their rightful owners. There will be several other exhibitions to browse as well and they are listed in full here. 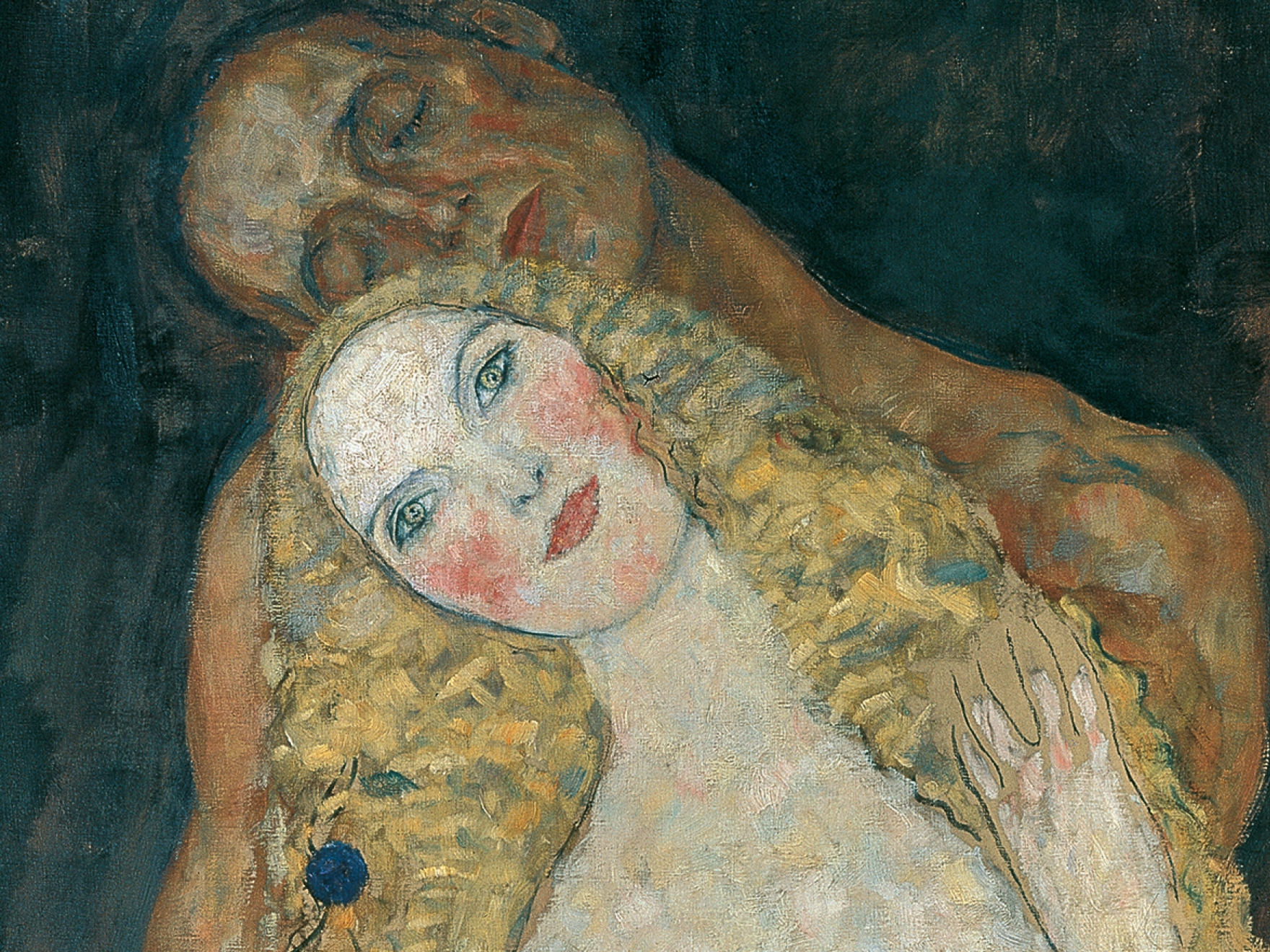 Adam and Eve by Gustav Klimt courtesy of the MFA

If you’re taking a trip into town for some time at the MFA, make sure to scan their lodging packages. The museum partners with a dozen Boston hotels, which are spread throughout Back Bay, Beacon Hill, Kenmore Square and the waterfront.
To learn more about what’s on the way to other museums in Massachusetts, click here. You can also check out more historical areas of interest in the Commonwealth here.