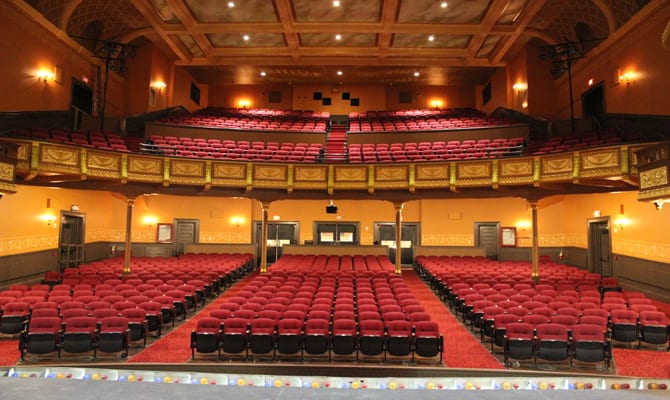 While some New England families see school vacation week as a chance to escape winter and clamber towards warmer climates, the annual KidsBestFest, a weeklong series of movies shown at the historic Academy of Music in Northampton, is a compelling reason to keep it local.
Parents and children can sit in a warm theater, munch on hot, buttered popcorn, and watch an array of films, including the 2014 spectacular “Internet Cat Video Festival,” a sure crowd pleaser for all ages.
The festival starts on Monday, February 16 and ends on Friday, February 20 with Youth Film 2015, a showcase of films made by promising young talents, including those who live nearby. 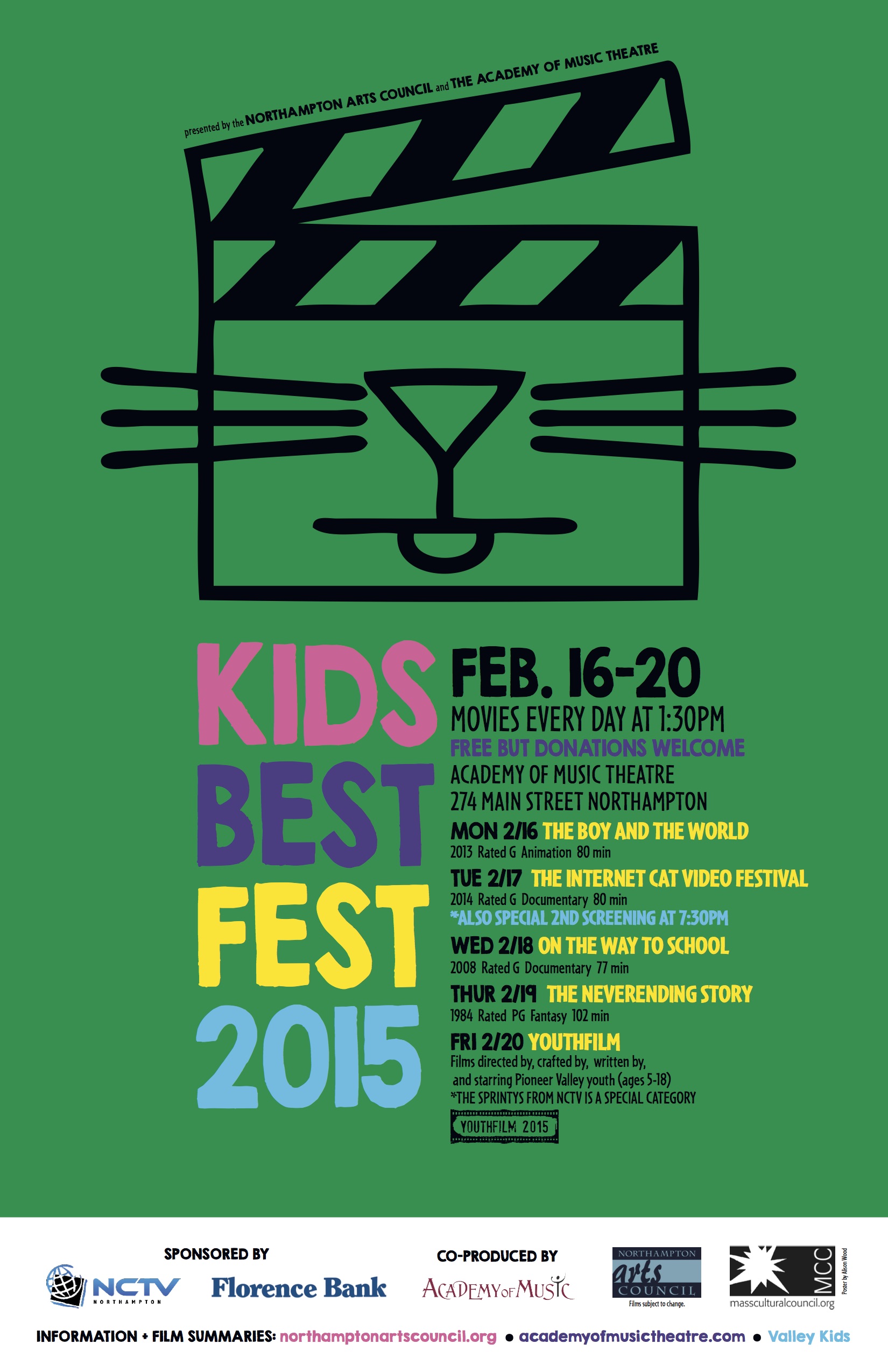 KidsBestFest 2015 will be remarkable in the way it represents different cultures and genres, running the gamut from beautiful, inspiring, and fantastical movies to ones that are just plain campy. Plan to attend the whole festival, or review the week’s line-up for the movies that best fit your (or your child’s) fancy.
The choices include…
Monday, February 16, 1:30 PM – “The Boy and the World” – 80 min, Rated G

“The Boy and the World,” by Brazilian artist Ale Abreu, is a unique and visually immersive fable of a boy’s quest to find his father. The story focuses on Cuca, a young child growing up in the Brazilian countryside with his family. One day, his father leaves to work in the city, forcing Cuca to embark for the metropolis, hoping to bring his family back together. Employing everything from mosaics to watercolors, the film explodes with vibrant color and samba/hip-hop rhythms, while exploring important social questions in a way that engages audiences of all ages.
Tuesday, 1:30 PM, 7:30 PM – The Internet Cat Video Festival (2014) – 80 min, Rated G

Given the extraordinary amount of time people spend watching footage of cats and kittens online, it was inevitable that someone would eventually present a feature-length compilation of our favorite Internet felines. The film is programmed by Will Brandon, creator of the popular “Henri Le Chat Noir.” If, as the Los Angeles Times proposes, the rise of Internet cat videos is a sign of the apocalypse, watching adorable cats frolic, mope, and opine on screen is a pretty good way to go.
Wednesday, 1:30 PM – On the Way to School (2008) – 77 Min, Rated G

Director Pascal Plisson’s “On the Way to School,” interweaves the stories of Jackson, Zahira, Samuel and Carlito, four pupils forced to overcome numerous and often dangerous obstacles on their journey to the classroom. From the dangerous savannahs of Kenya to the winding trails of the Atlas mountains in Morocco, from the suffocating heat of Southern India to the vast, dizzying plateaus of Patagonia, these children are united by the quest for the knowledge and education that can secure their futures.
Thursday, 1:30 PM – The NeverEnding Story (1984) – 102 Min, Rated PG

Bastian is a young boy who lives a dreary life neglected by his father and tormented by school bullies. One day he escapes into a bookshop where he finds an ancient storybook. Although the store’s proprietor warns the book is dangerous, Bastian can’t resist it. He steals the book and begins to read it in the school attic. Soon, he is drawn into Fantasia, a mythical land in desperate need of a hero to save it from destruction.
Friday, 1:30 PM – YouthFilm 2015
Films made by local youth and youth from California who are at the beginning of their budding careers. Join us to celebrate youth work in the video arts.
For locals or those interested in spending more time in Northampton, the month of February presents quite a few other opportunities to enjoy great shows. The Northampton Arts Council’s “Four Sundays in February” is an annual line-up of performances and art events, anchored by “The Silver Chord Bowl,” a concert of premiere New England a cappella talent, and The Really Big Show, Northampton’s showcase of local talent. This year, the Council will also present two multi-media performances by locally and nationally known artists, dancers, and musicians.
Check out the Northampton Arts Council website for more details on KidsBestFest-Youthfilm, Four Sundays in February and other events taking place in Northampton this winter.
Jenny Miller Sechler, a Volunteer Board Member of Northampton Arts Inc. and long-time enthusiast of art in all forms, obtained her B.A. from Wesleyan University and her Master’s at Smith College. Between writing and maintaining a private psychotherapy practice in Northampton, Jenny reads avidly, plays guitar, and spends as much time at the Massachusetts Museum of Contemporary Art as her schedule will allow.
Photo at the top of the Academy of Music in Northampton by Alison Klejna