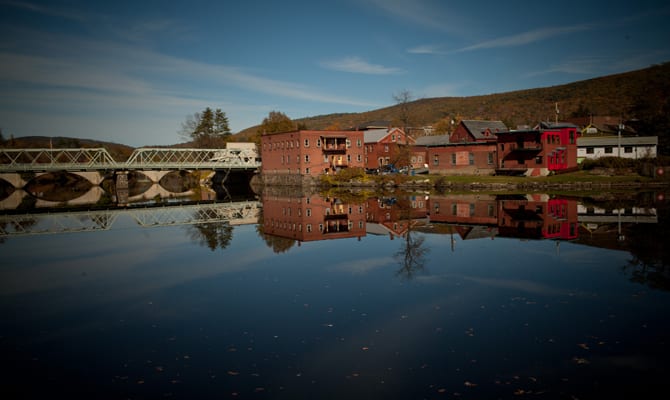 Between Black Mass, The Judge and American Hustle, the last few years have been a banner time for filmmaking in Massachusetts.
For those looking to see somewhere different during the next couple of weeks before the Academy Awards arrive or for those thinking ahead to warmer days in the summer, here are five spots where prominent made-in-Massachusetts films were shot and a look at what they have to offer.
The Judge
Even while starring Robert Downey, Jr. and Robert Duvall, who picked up an Academy Award nomination for his efforts, The Judge turned heads as much for its scenery as it did for its cast. The movie was filmed primarily in western Massachusetts, with Greater Shelburne Falls taking center stage.

Those familiar with both the film and the area might notice that Salmon Falls Gallery serves as the exterior for the Flying Deer Diner in The Judge, which also happened to feature a number of local in minor roles. For your time in Shelburne Falls, there’s excellent artisan shopping and restaurants, as well as outdoor spots. For overnights, the Shelburne Falls area has many convenient and comfy options.
Captain Phillips
Captain Phillips recounts the story of (you guessed it) Captain Richard Philips and the 2009 hijacking by Somali pirates of the US-flagged MV Maersk Alabama, featuring Tom Hanks in the title role. The film was partially made in Lincoln and Sudbury, two towns about 20 miles west of Boston.

While keeping a low profile, Captain Phillips used Matlock Farm in Lincoln for several scenes. It isn’t the first time that Lincoln has appeared on the silver screen, either, as Mel Gibson and Adam Sandler films have also shown the town. While you’re in the area, deCordova Sculpture Park and Museum is great to visit and Drumlin Farm is especially good for kids. To put your feet up nearby, Thoreau’s Walden B&B is nicely situated.
American Hustle
One of the best-reviewed and best-known films to come out of Massachusetts during recent years, American Hustle filmed all across the Commonwealth. Boston, Brockton, Salem, Winchester and Woburn were just a handful of the locations featured, with Worcester playing a particularly central role as New York City.

The Worcester Art Museum, one the city’s top attractions, was one of many American Hustle film sites in Massachusetts, as were Nick’s Bar & Restaurant and the Wang Theater in Boston. In Worcester, the aforementioned art museum is an excellent place to start exploring; the EcoTarium and Canal District are plenty of fun, too. To stay in the area, The Beechwood Hotel is a top choice.
The Fighter
Like American Hustle, The Fighter is a David O. Russell film, one that tells the story of Lowell born-and-bred boxer Mickey Ward. The movie, which starred another famous Bay State native in Mark Wahlberg, was primarily filmed in Ward’s hometown, also included scenes from the town of Lexington.

Cupples Square, East Merrimack Street and Top Donut are three of the Lowell locations shown in The Fighter, which spread filming around the city. When you’re in Lowell, if training to fight isn’t your thing, there’s the American Textile History Museum, Whistler House Museum of Art and plenty else to do. For those coming into town, the Courtyard by Marriot hotel is a quick drive from the city’s main attractions.
Black Mass
Black Mass, set be released in September of 2015, casts Johnny Depp in the role of Whitey Bulger, one of the 20th century’s most notorious and elusive gangsters. The filming was spread around Greater Boston, drawing on Boston, Braintree, Cambridge, Quincy, Randolph and Revere, to name just a few sites, for its setting. 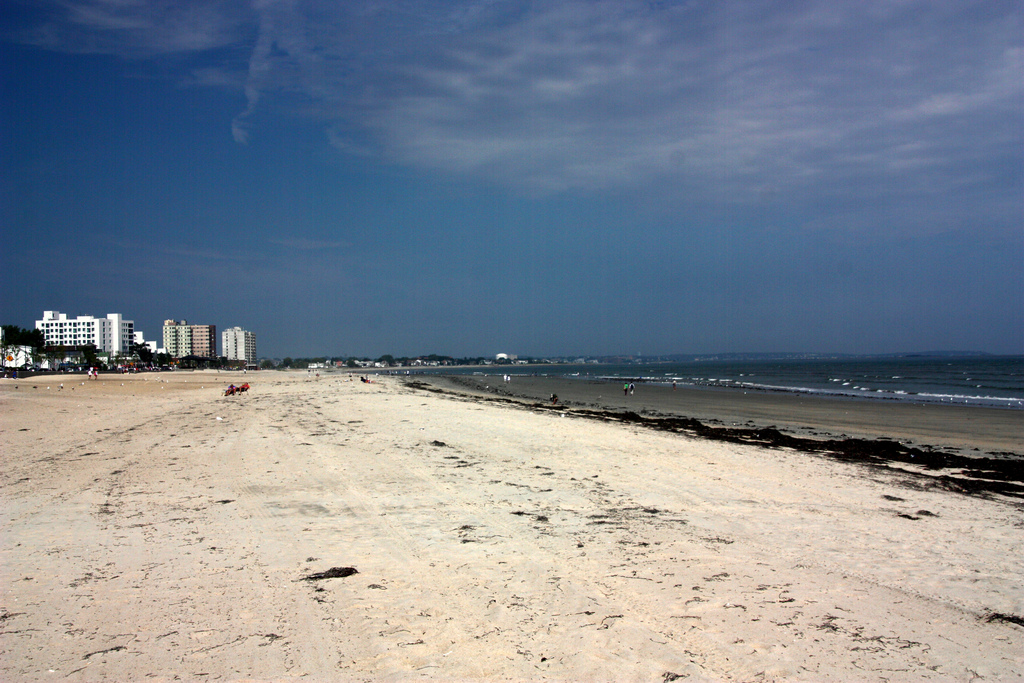 Revere Beach, which also happens to be American’s oldest public beach and was established in 1896, got plenty of attention when Johnny Depp and Sienna Miller were filming on the sand during July of 2014. Here’s a roundup of the other sites, which are concentrated around Boston. During a visit, there’s plenty to do in the city, along with plenty of places to stay.
Of course, these five aren’t the only well-publicized movies to come out of Massachusetts. Shutter Island, The Social Network and, maybe most famously, Good Will Hunting were all filmed around the Commonwealth, as were plenty of other works.
For the full rundown, visit the Massachusetts Film Office website. You can also find more ideas on how to experience the movie scene in Massachusetts here.
Do you have a favorite film that was made in Massachusetts? Let us know in the comments below!
Photo at the top: Shelburne Falls during fall