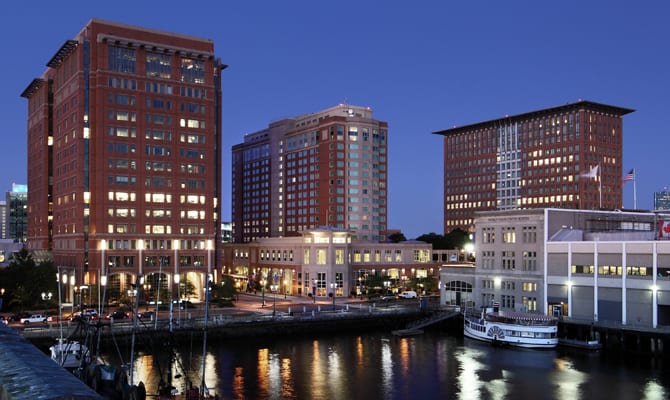 The Seaport District has seen tremendous changes over the past few years and the area might look entirely new to those who have not visited in a decade or longer.
The transformation has been fast and furious, with notable recent landmarks including the Institute of Contemporary Art, the expansion of the Harpoon Brewery facilities, a few notable green spaces (including the Lawn on D) and much more. All the more reason to stay overnight and dig into the veritable cornucopia of things to do in the area, of course! 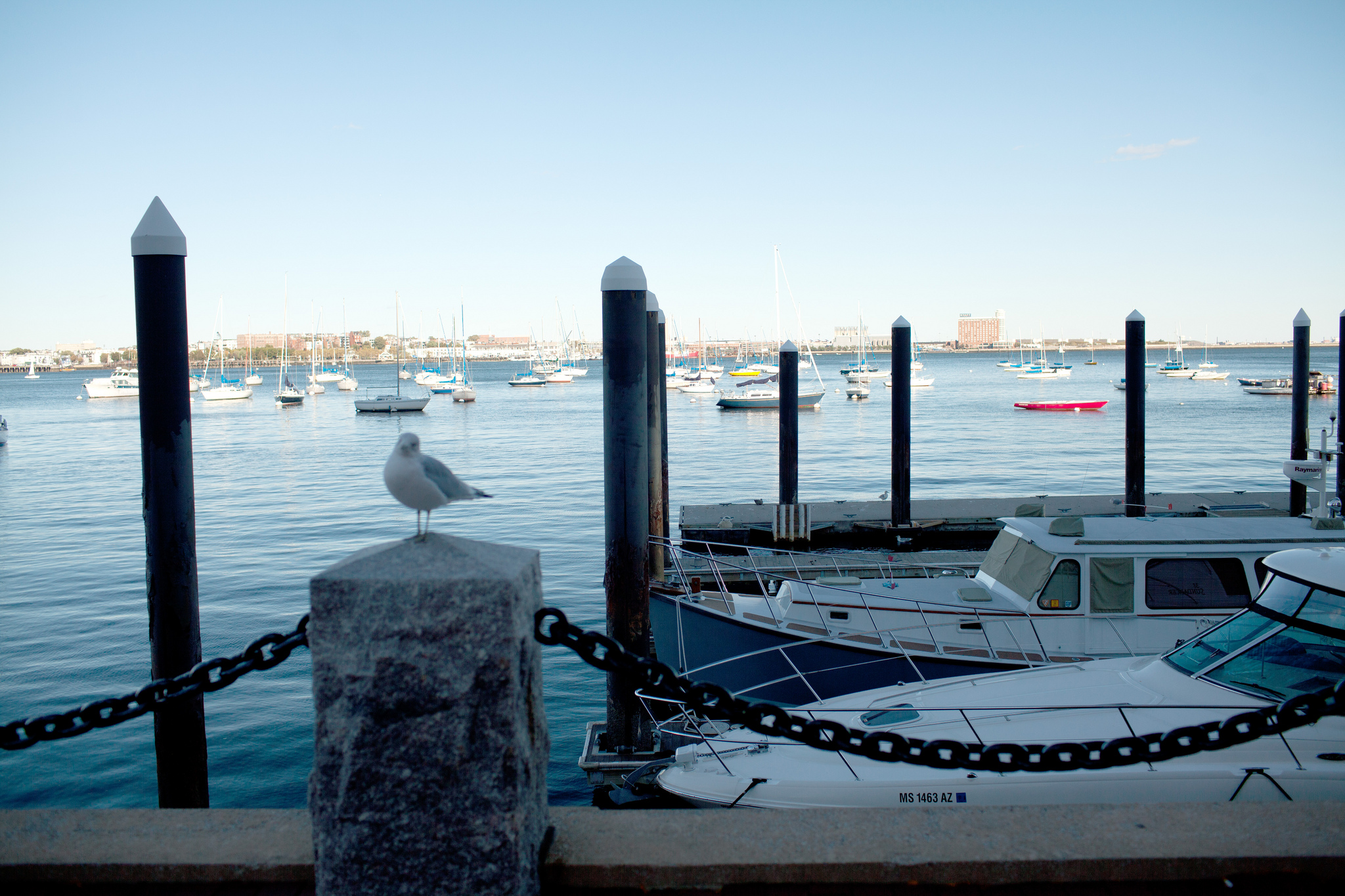 Close to the Water, Great Hospitality
The Seaport Boston Hotel is close to much that you will want to do in the area and their front desk staff is some of the best I’ve encountered in my travels. The hotel is connected to the World Trade Center, so it’s also the perfect place to hang your hat if you’re attending one of the many events there, such as the Boston Wine Expo or Boston Globe Travel Show.
Their range of rooms is impressive indeed, and visitors can peruse the various classes and options available here. It’s worth nothing that the most basic room is far from basic, as they all include Keurig coffee and tea service, flat-screen televisions, mini-fridges and contemporary styling that feels like a luxurious home away from home. 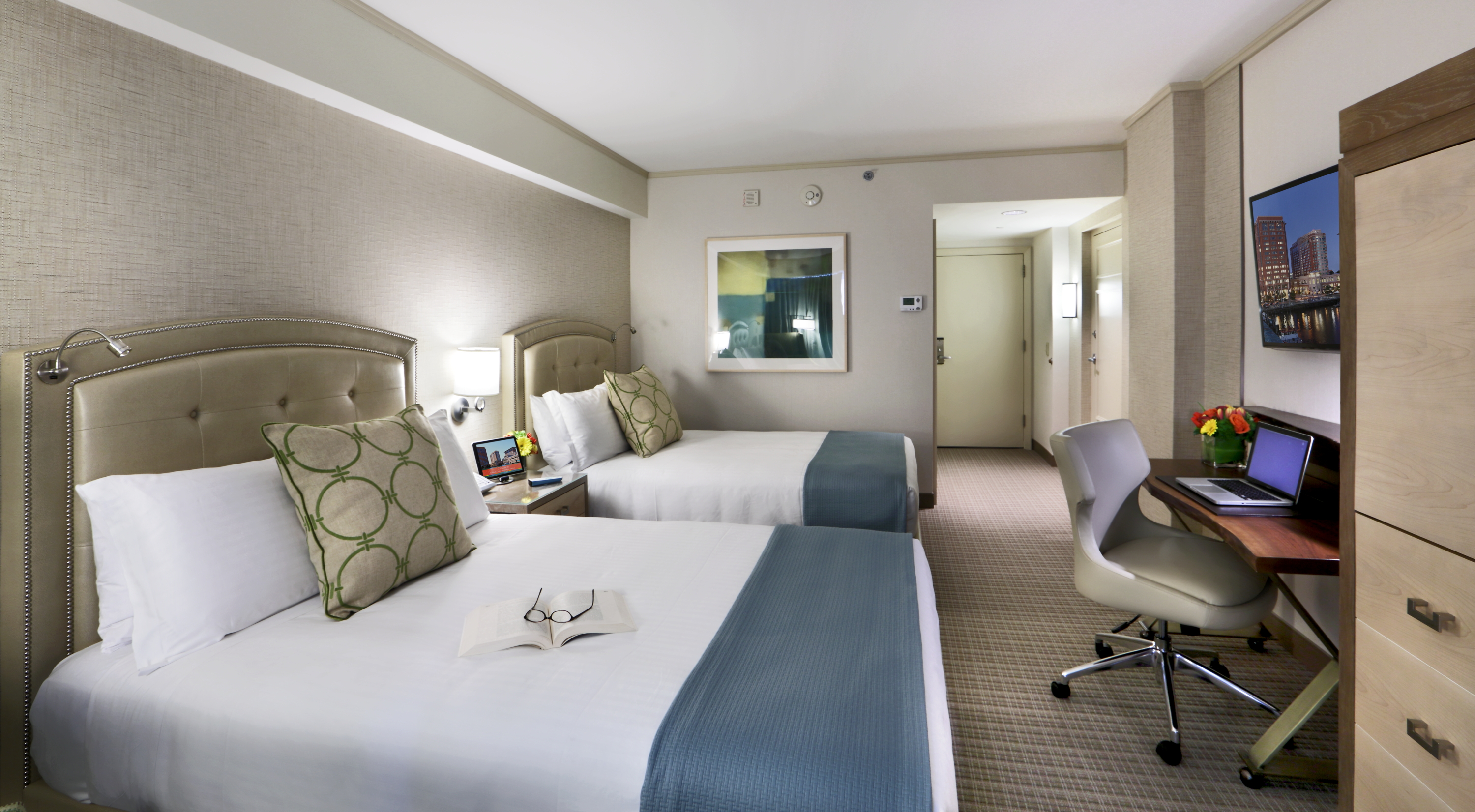 For families, especially those bringing younger visitors, the hotel also has the Seaport’s First Mate’s Club. Some of the extras herein include ice cream delivery, a family breakfast package, family DVDs and games available for in-room use. And, oh yes, furry four-legged companions are also welcome for an additional fee.
A Celebration of Boston’s Maritime Heritage
Tucked away right next to the Seaport Boston, at the intersection of D Street and Northern Avenue, is the South Boston Maritime Park. Opened in 2004, it’s a remarkable site that includes a nice lawn, shaded sitting areas, a seasonal cafe, and a range of public art pieces that pay homage to Boston’s maritime history and culture.
Make sure to check out “The Gateway” by Carlos Dorrien; these beautifully carved granite stones include images of sea life and contours representing the sea floor. There are a number of other compelling pieces here as well and it’s a lovely place to have a picnic during warm weather or to watch departing planes from nearby Logan Airport. 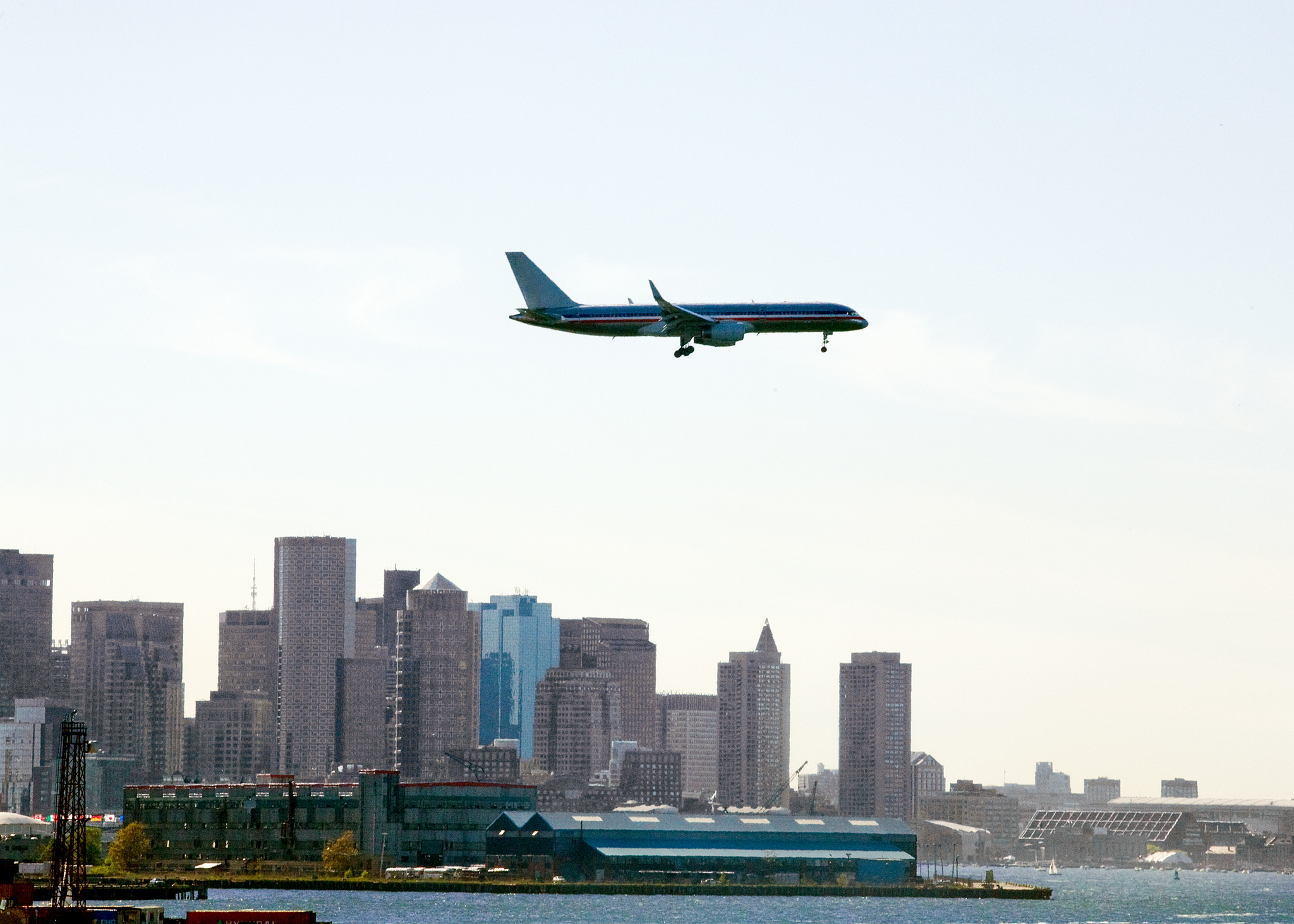 Contemporary Art, Harborside
Opened in 2006, this new home for the Institute of Contemporary Art (ICA) was the first building by the noted architectural firm Diller Scofidio + Renfro to be built in the United States. The ICA has been around since 1936, but this brave new structure provides a dramatic setting on the Boston Harbor that invites contemplation and conversation. 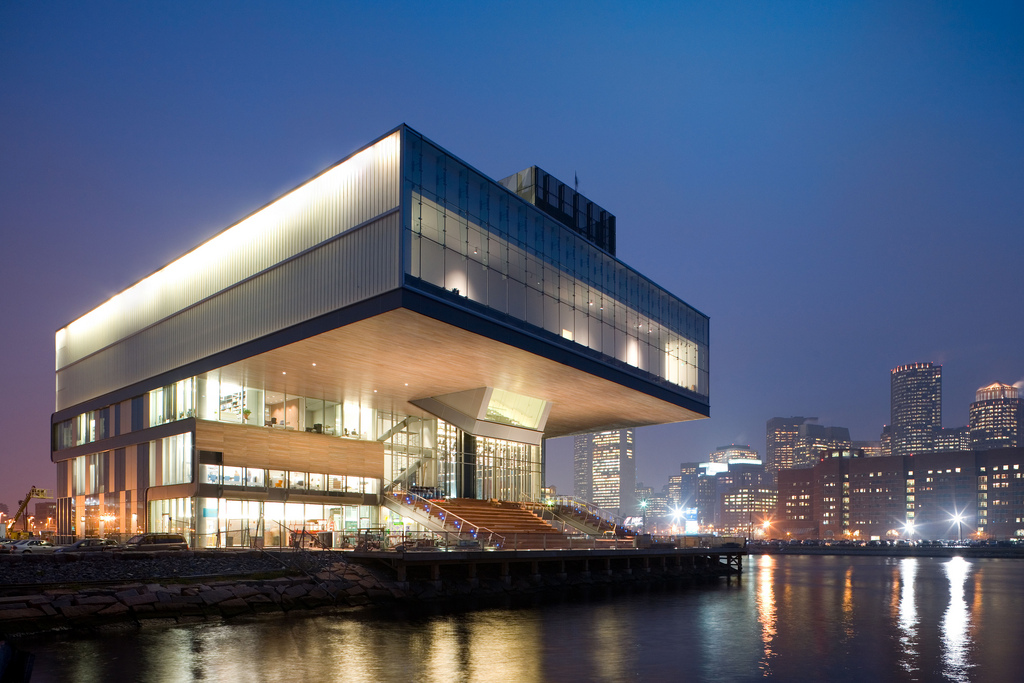 The ICA alight at night

Of course, the works inside are well worth your time and consideration, and visitors should prepare by looking over their exhibitions and programs to plan out their visit. If you’re in town on the first Friday of the month, you would do well to stop by their “First Fridays,” which feature gallery talks, guest DJs, specialty drinks and other enticing amenities.
Beer, Pretzels, and Conversation
Founded by Dan Kenary and Rich Doyle in 1986, Harpoon Brewery has grown exponentially in the past several years and their brewery/beer hall is but a 10 – 15 minute walk from the ICA. It might be just the thing after peering at de Kooning for a while and a complete tour schedule can be found here. 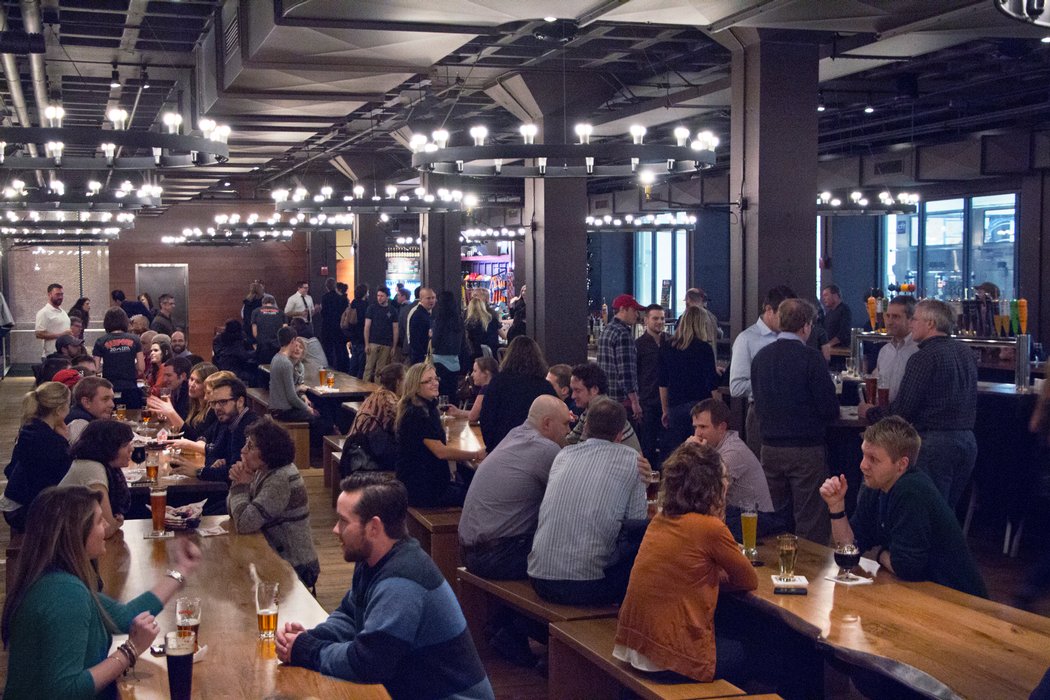 The Harpoon Beer Hall is a happenin’ place!

The tours are $5 and they include a rather generous beer tasting as well. The beer hall is definitely worth a visit and you can also scope out in advance which beers they have on tap. The pretzels here are excellent and you can also pick up a souvenir or two at their store, too.
After all of this exploring, you’re probably looking for something to round out your day. Before heading up to your room at the Seaport, stop in at TAMO Bistro & Bar on the first floor. During warmer months, their outdoor terrace is a great place for people watching, and they also have their indoor bar, which has exactly the type of upscale urban professionals you’d expect talking about the latest tech buzz and IPO scuttlebutt. 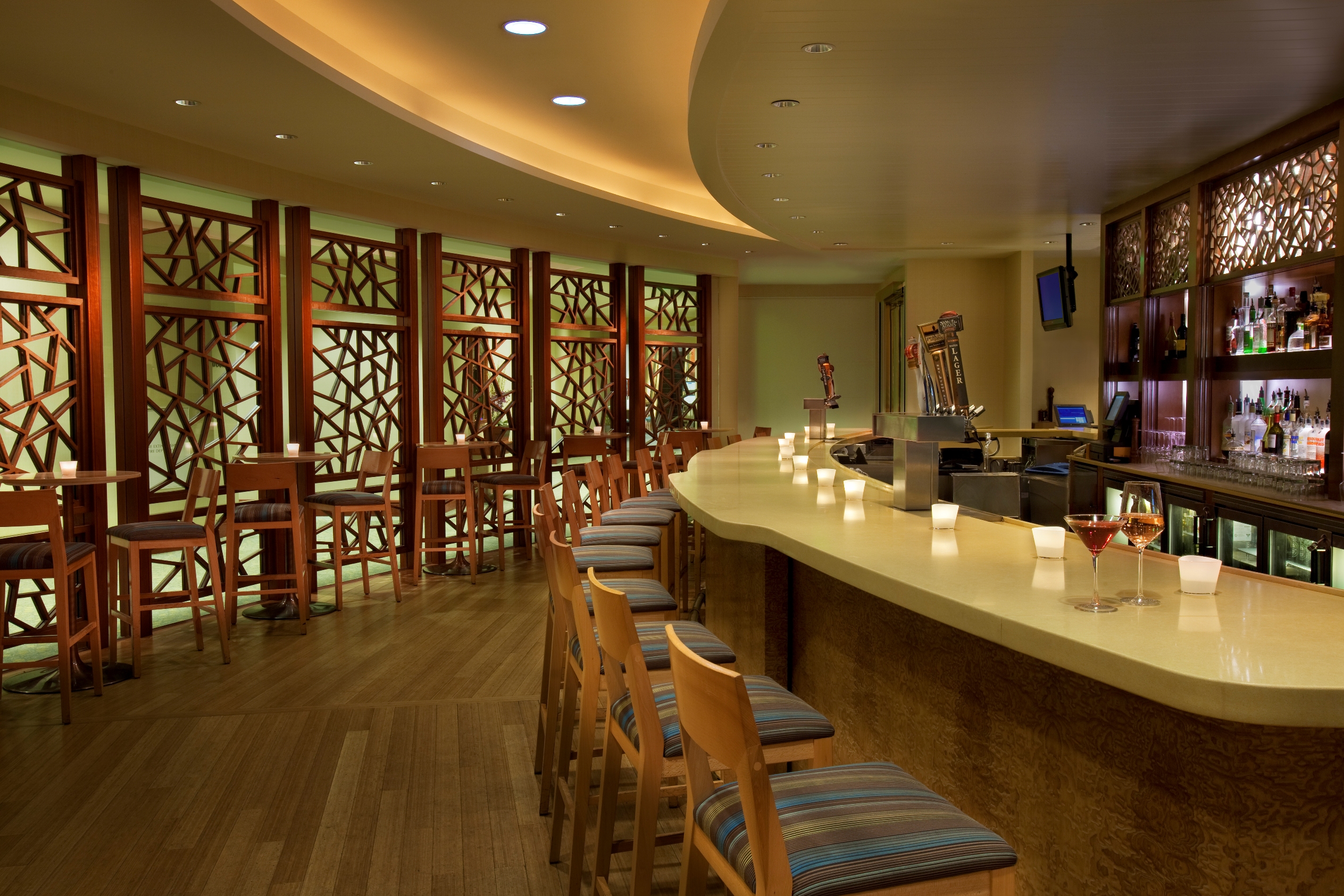 A drink to accompany the scuttlebutt, if you please…

For starters, I’d recommend their crispy salt n’ pepper calamari and the chicken parm mini panini. You’ll want to move on to their Food Truck Nation offerings after that, which include Korean BBQ and an elaborate chicken pot pie roll.
Max Grinnell is a writer based in Cambridge, MA, who writes about cities, public art, geography, travel, and anything else that strikes his fancy. His writings can be found online at www.theurbanologist.com and he tweets over @theurbanologist.