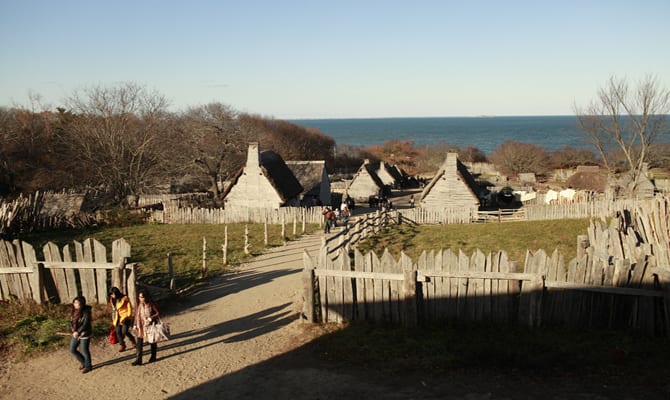 Here’s a thought for the New Year: learn something new and have a good time while you’re at it.
And yes, all resolutions are easier said than done, but this is one that’s within pretty easy reach. Massachusetts has quite a range of learning adventures spread throughout the Commonwealth, which make for a nifty day trip or overnight excursion.
Along the way, participants can learn how to farm, weld, cook, craft and carve, to name just a few of the options.
Here’s an in-depth look at three of these outings in the South of Boston region and how you can partake.
Sleep in the 17th Century in Plymouth, MA
Although having a time machine would indeed be cool, families don’t even need one to travel back to the era of the pilgrims. Plimoth Plantation, the renowned living history museum that pays tribute to Massachusetts’ first European inhabitants, offers visitors a unique opportunity in the form of their Sleep Like the Pilgrims program. 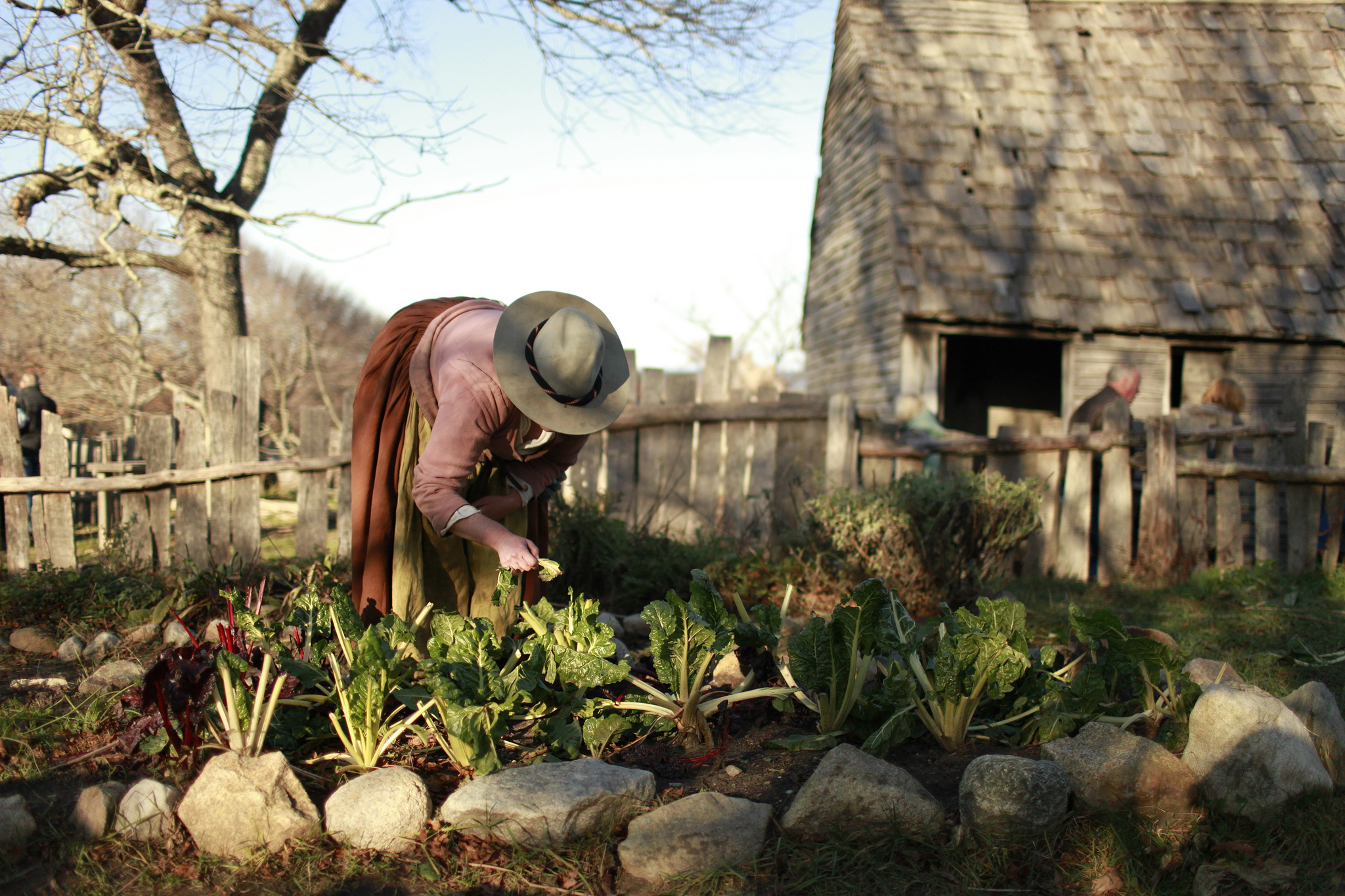 Harvesting in action at Plimoth Plantation

Colonials-to-be will start by outfitting themselves in the 17th-century style. After doing so, they’ll get to pick from playing games, writing with quills and a number of other Colonial activities, before sitting down to dinner and then sleeping by the toasty hearth. In the morning, there’ll be a continental breakfast, which is even better than the pilgrims had it! This adventure is typically done in a group package, and there is always adult supervision for the kids.
Craft Workshops and Classes in Brockton, MA
Even among the hundreds of museums that call Massachusetts home, the Fuller Craft Museum in Brockton stands out. The Fuller Craft building is located on a 22-acre campus, which is as much a work of art as the sculptures inside their building; Frederick Law Olmsted, the famed landscaper who designed Central Park in New York City, also laid out the grounds at the Fuller. 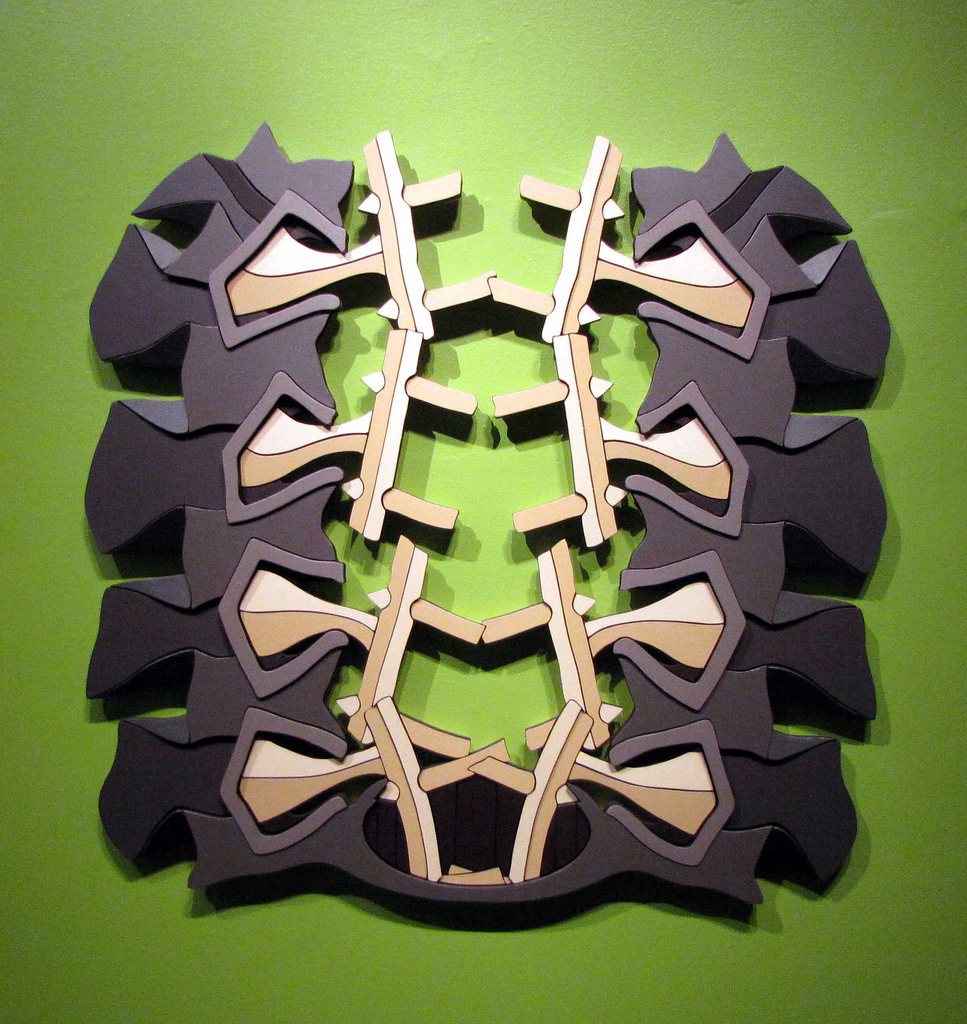 In the coming months, visitors at the Fuller will not only have the chance to see some top-notch art, but try their own hand, too. The museum’s workshops and classes are geared towards various ages and interests, with paint night, ceramics and egg decorating and more all on the way soon. You can find the full rundown of classes and workshops here. To stay in the area, there’s a Holiday Inn Express less than a mile away.
Baking Workshops in Rehoboth, MA
Ciril Hitz knows a thing or two about baking bread. The Swiss-born chef has won first place at the National Bread and Pastry Team Championship, represented the U.S. as a member of the national Bread Breakers Guild Team and teaches at the Culinary School of Arts at Johnson & Wales University in Providence. He also happens to own Breadhitz, a Rehoboth-based shop where foodies can learn from the master. 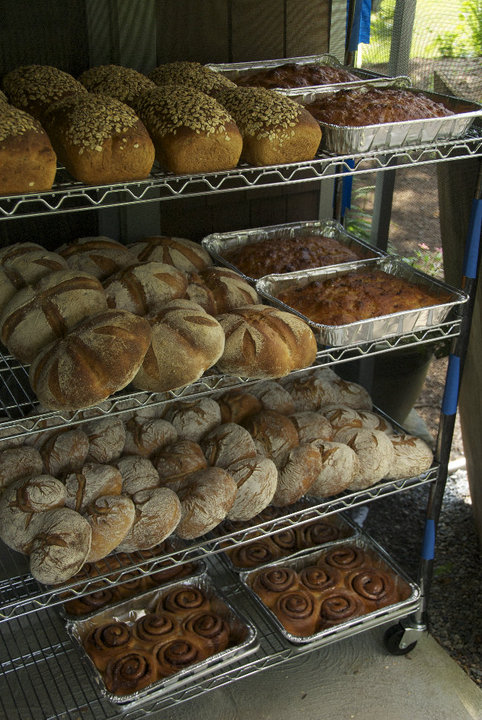 Focaccia, whole wheat and a whole lot more at Breadhitz via Facebook

The classes and workshop schedule for the New Year has just been released, with bread-making sessions being offered on an ongoing basis in Rehoboth. For those a bit further away, there are also a handful of other classes that will be taking place around New England, and the schedule does change from time to time, so it’s a good idea to keep an eye on it. For overnights in Rehoboth, the Five Bridge Inn is a good spot to rest up.
For more information on how you can have fun and learn useful things in Massachusetts, click here. For a look at even more activities across the Commonwealth, just click here.
What’s something interesting that you’ve discovered during a trip? Let us know in the comments below!