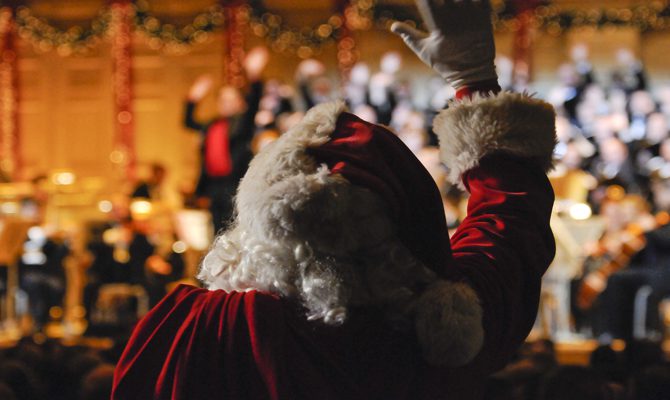 This holiday season, New England residents and visitors will be treated to one of the region’s favorite Christmastime traditions once more: Holiday Pops, featuring concerts from December 3 to 31 at Symphony Hall.
Founded in 1885, the Boston Pops has been presenting holiday concerts since 1973. As soon as December arrives, Symphony Hall — specially decorated to evoke all the magic and charm of the season— becomes a winter wonderland. 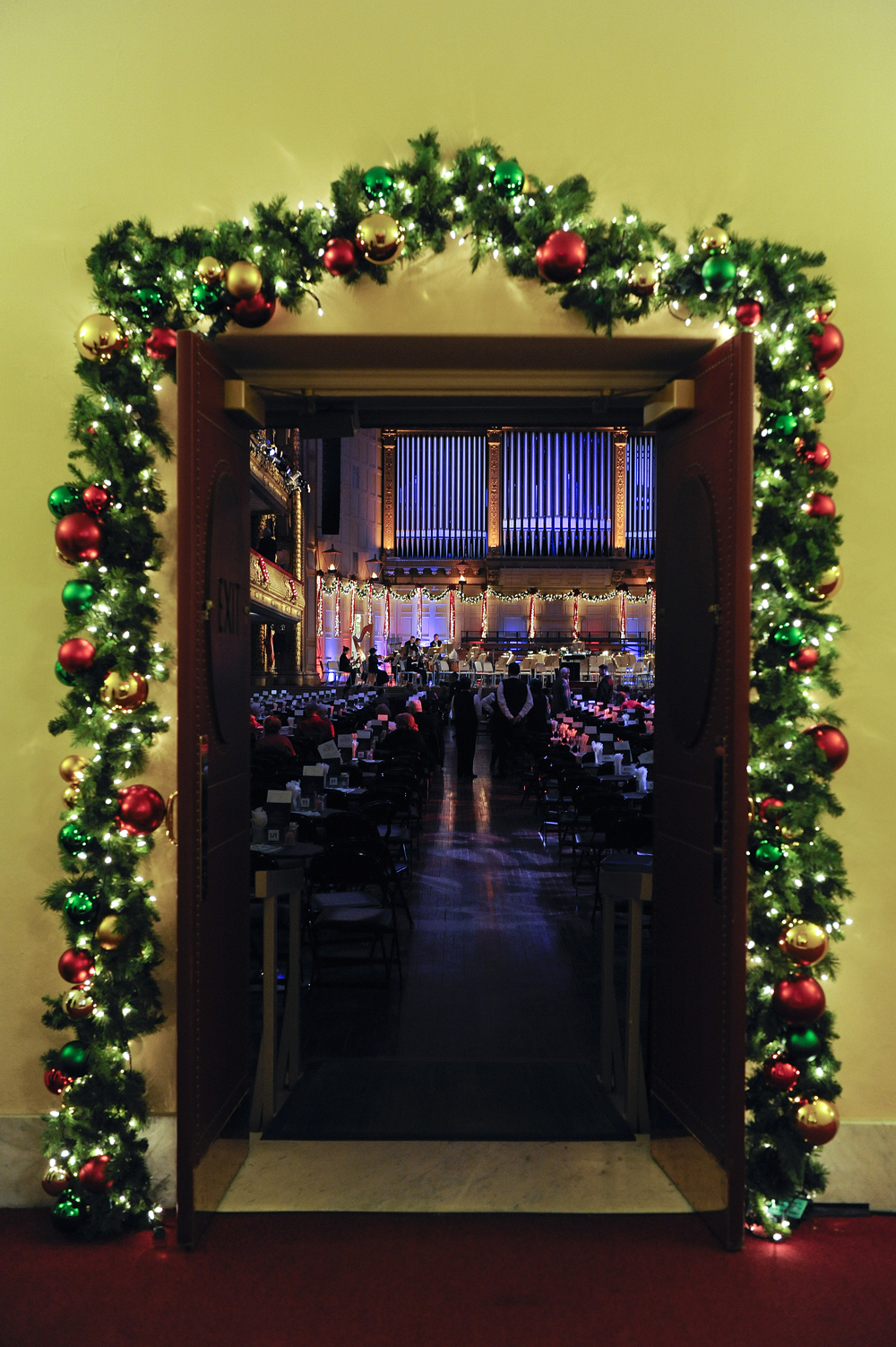 The halls are indeed decked at Symphony Hall. Photo by Stu Rosner

Inside, patrons sit at cabaret-style tables and can order food and drink to enjoy with family and friends, all while taking in the seasonal atmosphere of music and entertainment of the Boston Pops and the Tanglewood Festival Chorus, under the direction of conductor Keith Lockhart. Needless to say, each concert includes a visit from Christmas’s greatest gift bearer, too!
While the tradition has been around for a few decades, this year’s Holiday Pops has some new gifts for fans. Chief among them is world premiere of “A Soldier’s Carol: The Christmas Truce of 1914,” a new work by Broadway legends Stephen Flaherty and Lynn Ahrens; the song pays tribute to the 100th anniversary of World War I’s Christmastime ceasefire, which was initiated by the soldiers themselves.
This year’s Holiday Pops program also includes selections from the popular 2013 recording A Boston Pops Christmas – Live From Symphony Hall; Leroy Anderson’s Sleigh Ride, written expressly for the Boston Pops and regularly ranked as the most popular Christmas tune by ASCAP; and the recent David Chase arrangement of The Twelve Days of Christmas, one of the Boston Pops most successful musical commissions.
Closing the concert is a sing-along of assorted holiday favorites, including Rudolph the Red-Nosed Reindeer, Have Yourself a Merry Little Christmas, Winter Wonderland, and Jingle Bells. For the first time ever, the Pops will also screen a popular Christmas film with live orchestra accompaniment. Later this season, Keith Lockhart will lead the orchestra in three post-Christmas performances of Boston Pops Laureate Conductor John Williams’s score to Home Alone, alongside a projection of the full film.
An ideal outing for the entire family, the 2014 Holiday Pops season includes seven Kids Matinee concerts, each one promising a special children’s sing-along, a kid-friendly menu with special holiday treats, and an opportunity for parents to bring their cameras and take photos of their children with Santa Claus after the concert. 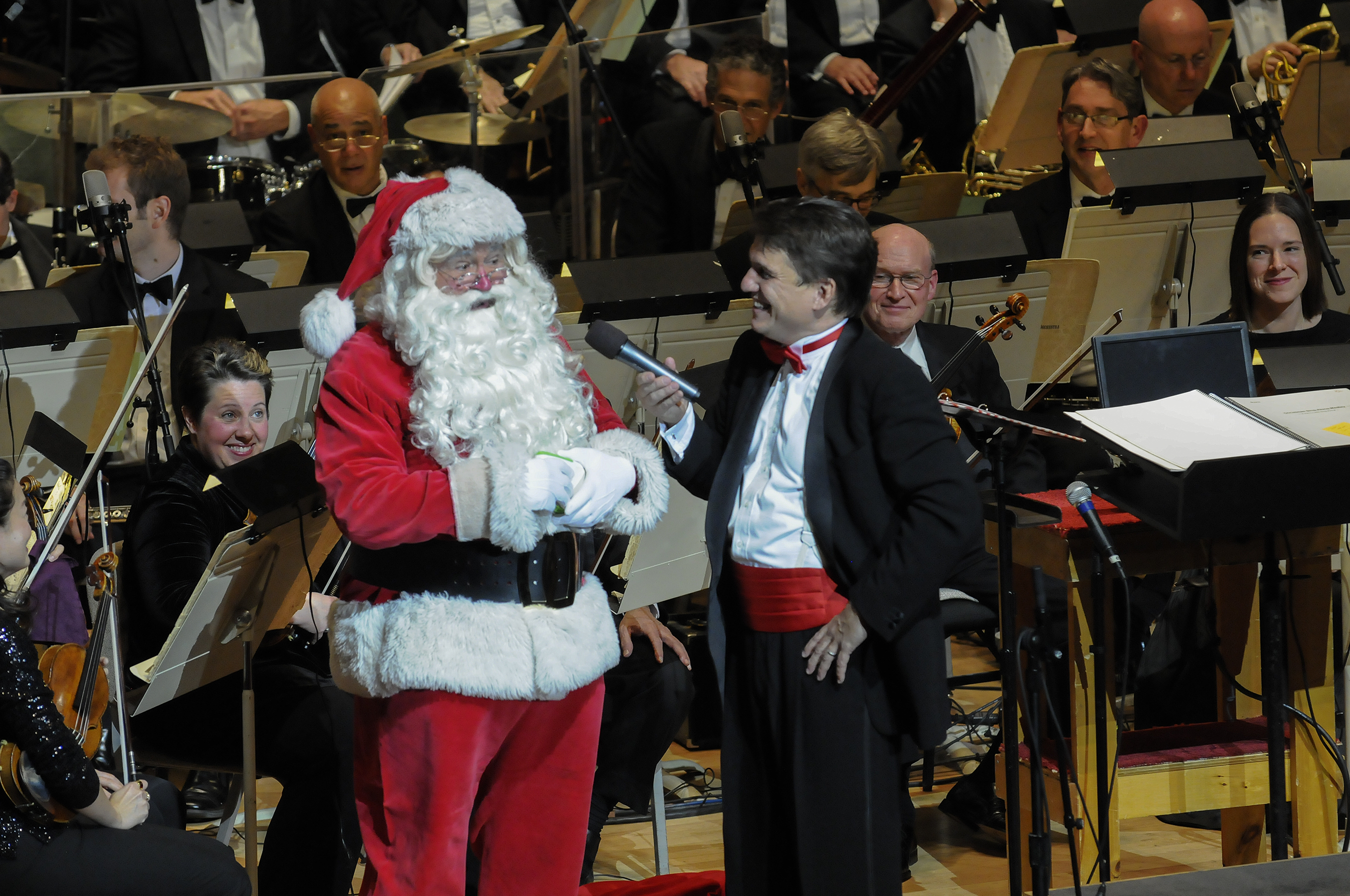 From the last week of November through the end of December, Boston Pops holiday tunes will also stream on the web at www.bostonpops.org, as well as under the Symphony Hall marquee in Boston, making the special seasonal tunes of the Pops available to all free of charge.
If a trip to Boston isn’t in the cards for you and yours this holiday season, the livestream isn’t the only way to catch the Holiday Pops. Continuing a long-standing tradition to share the magic of the holiday season with cities throughout the Northeast, conductor Keith Lockhart will take the Holiday Pops concerts on the road, touring to Hanover Theater in Worcester, MA (12/5); Jorgensen Center for the Arts in Storrs, CT (12/6), Verizon Wireless Arena in Manchester, NH (12/13); and Lowell Memorial Auditorium in Lowell, MA (12/14).
Tickets for the Holiday Pops season are available by calling 888-266-1200 or by visiting www.bostonpops.org.