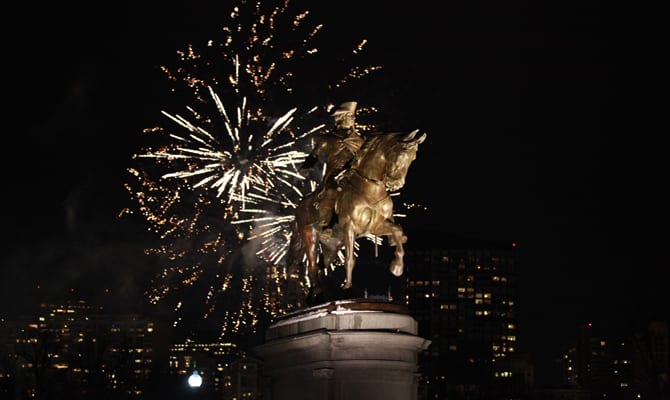 In just a few days, the New Year will arrive. And Boston will be ready.
Since 1976, when a small group of local artists put their own creative spin on New Year’s Eve festivities, Boston has welcomed the arrival of the New Year with First Night Boston. Since its humble beginnings, the celebration has grown to cover some of the city’s most recognizable locations, with a huge variety of shows both indoors and outside.
For families, visitors and anyone looking for an alternative to the bar scene, here’s what First Night Boston 2015 has in store. 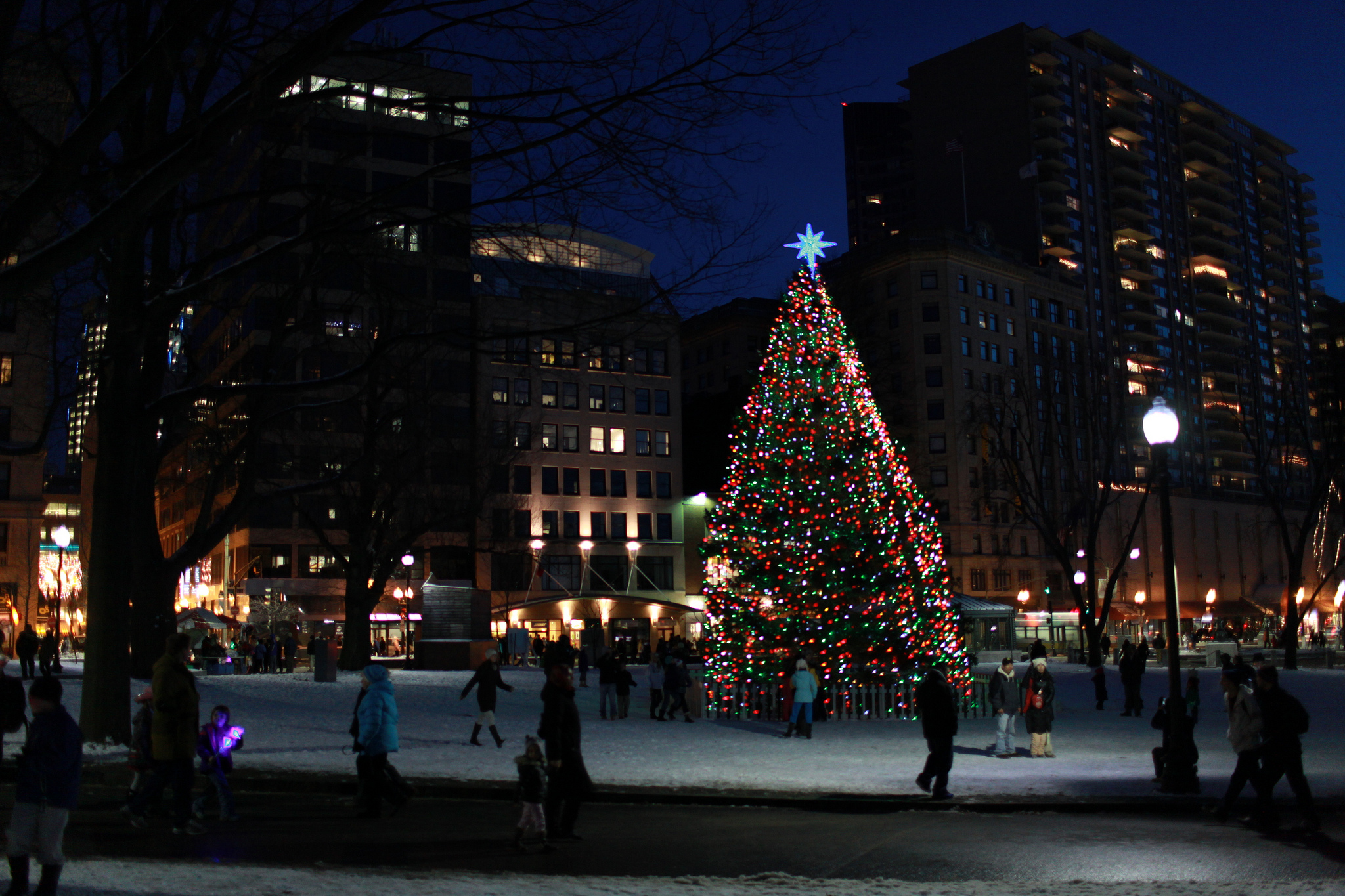 Skaters on the ice at First Night Boston

As one might guess, First Night Boston takes place on December 31. Throughout the day, there will be hundreds of activities, demonstrations, public performances and other types of events happening around Boston.
Admission to the outdoor performances is easy: it’s free! Admission to the indoor shows is nearly as simple. A First Night button, which costs $10, buys entry into all that’s going on indoors, which is also free for kids under four. The buttons are available at CVS, Bank of America, J.P. Licks and Harvard Bookstore, as well as a handful of other additional retailers; for a look at the full list, just click here.
Once First Night is underway, Boston will turn into a veritable winter wonderland. On the waterfront, where events start at 10:00 a.m., there’ll be cookie decorating, games, mask making, boat tours and more family-friendly fun. The ice sculptures might actually be the best part, and several of them will be on display all day.

Beyond the waterfront, more than a dozen of Boston’s leading cultural institutions will be playing their part to make the festivities even more entertaining. The Museum of Science, New England Aquarium and Paul Revere House are just a few of the places offering discounts to button bearers on December 31. To see the full list, click here and then select “Museums and Cultural Institutions” on the right to sort.
During the day, Hynes Convention Center will be an especially happening place for families. For First Night Boston, the center is set to feature more than 75 events and activities, including storytelling, puppet shows, face painting, music, dancing and more. Check them out by clicking here and then sorting with the “Family Festival” filter on the right-hand side. The First Night parade will also leave off from Hynes around 5:30 p.m., treating spectators to a truly grand procession. 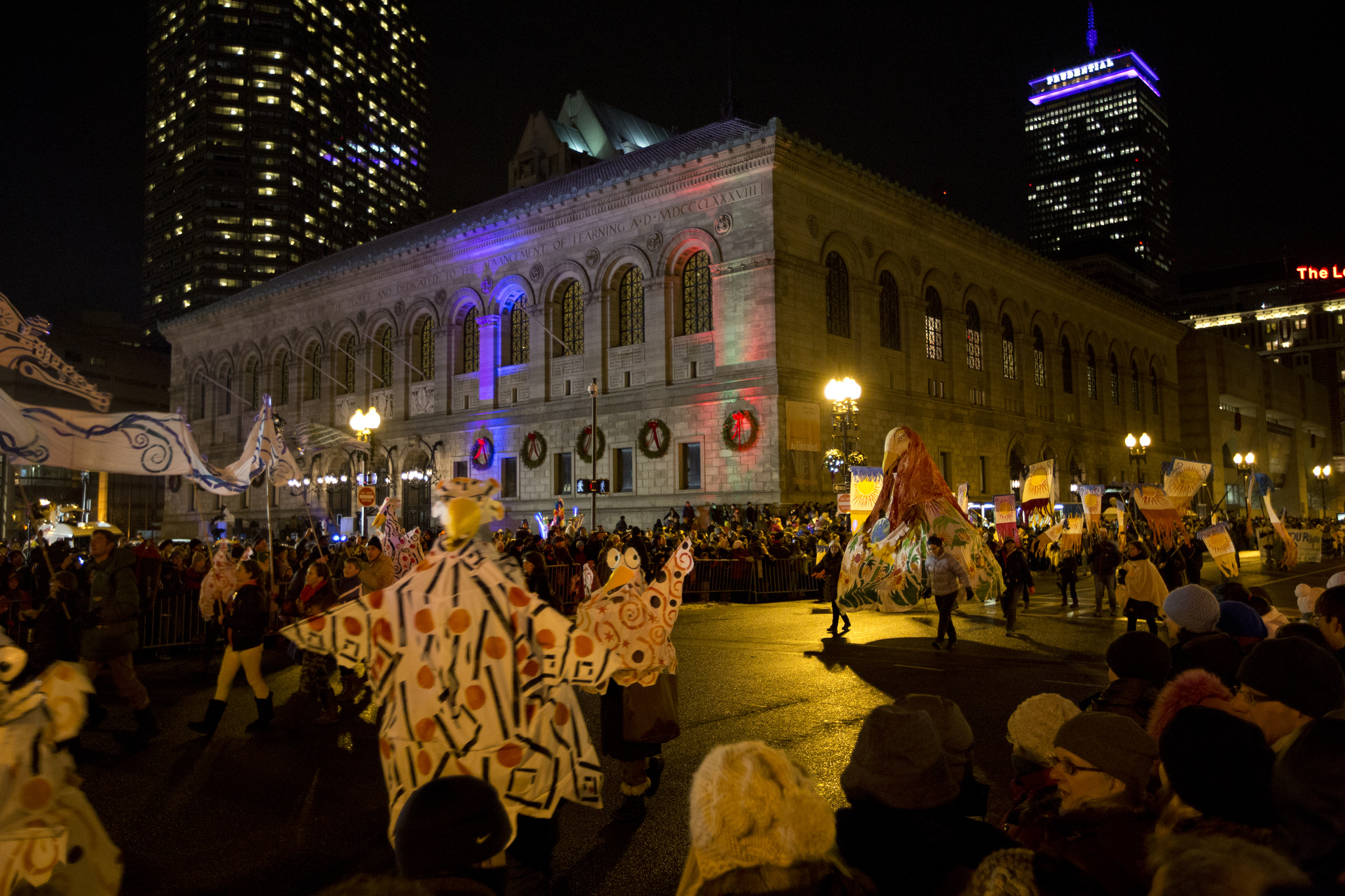 For music fans, there will also be a few special shows at First Night Boston. Yo La Tengo will play Hynes Convention Center’s Ballroom B at 9:30 p.m., while Patty Larkin and Don Flemons will each take their turn inside the Berklee Performance Center starting at 8:00 p.m. Before the ticketed events get underway, though, make time for the 7:00 p.m. fireworks at Boston Common, which are always a spectacular show. 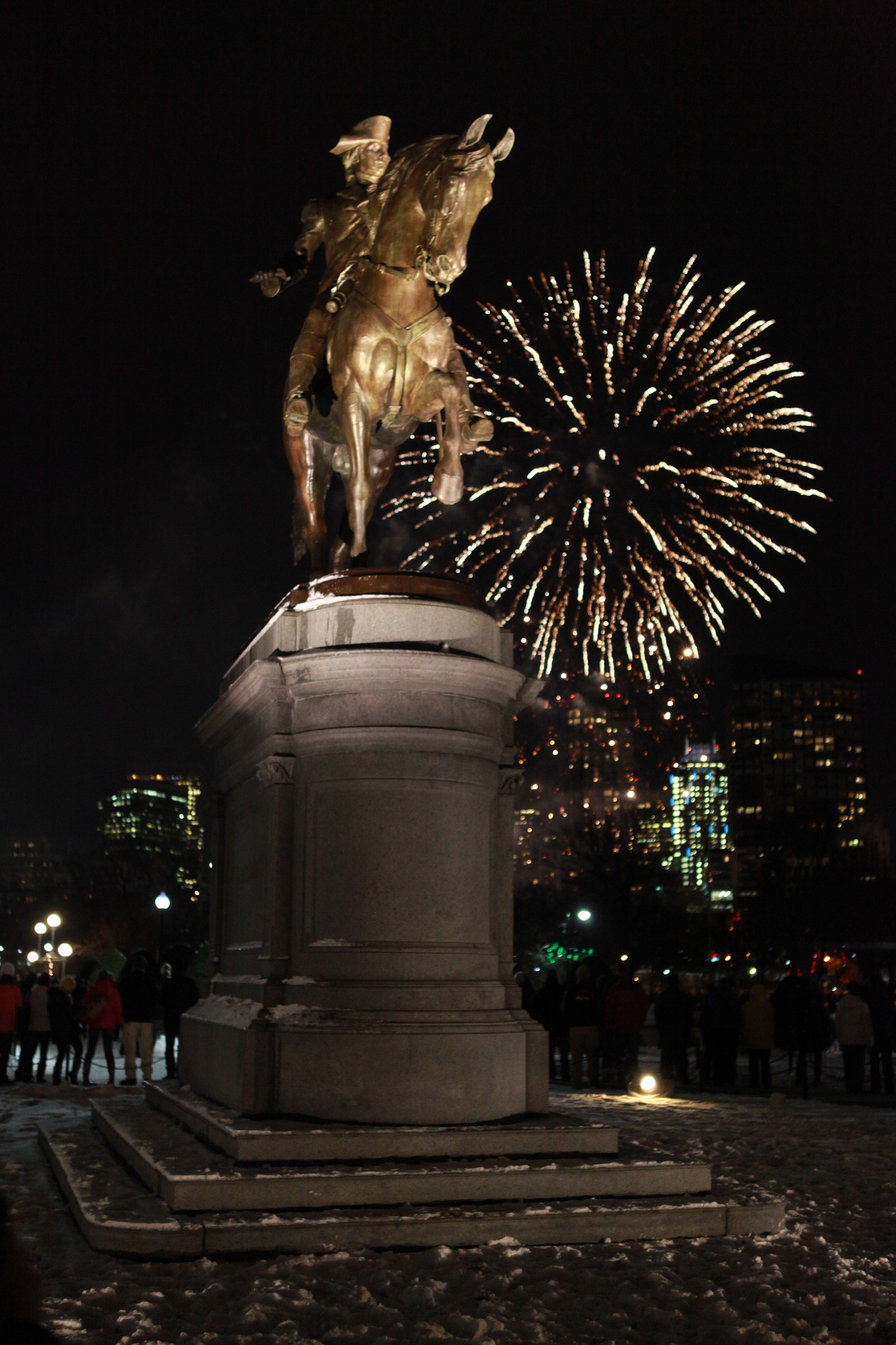 Fireworks over the Common

As the clock creeps towards midnight, Copley Square will come alive with music, which will keep playing up to and after the ball drops. Once 2015 has arrived, onlookers will be treated to another fireworks display, this one lighting up the air above Boston Harbor. The tunes will continue in Copley until half past midnight, at which point the festivities will wind down.
In light of the special evening, public transportation will be available at later hours than usual and free for much of the night. Riding the subway won’t cost a dime starting at 8:00 p.m. and service will run until 2:00 a.m. Once the show stops, taking an elevator home is a quick and convenient way to end the night. The Sheraton Boston Hotel has several specials for those coming the area, with plenty of other choices available, too.
Have you ever gotten the chance to attend First Night Boston? What was your favorite part of it? Let us know below in the comments!