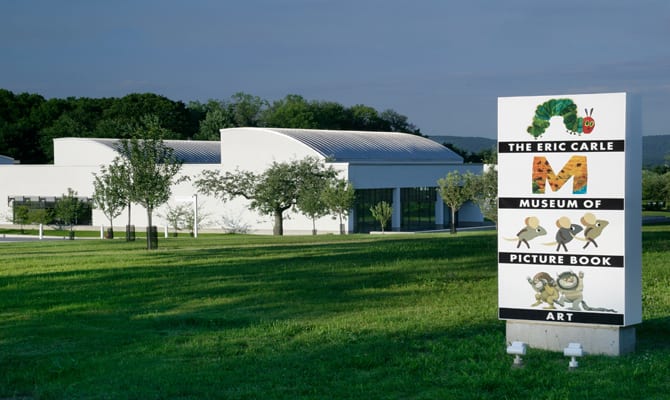 Does this passage from a classic children’s book ring a bell?

“In an old house in Paris, that was covered with vines
lived twelve little girls in two straight lines
the smallest one was Madeline.”

It certainly does for all of us at The Eric Carle Museum of Picture Book Art in Amherst. We’re excited to announce the arrival of Madeline at 75: The Art of Ludwig Bemelmans, opening November 15 and on view through February 22, 2015. It’s a wonderful retrospective of a talented artist whose work has stood the test of time.
Bemelmans has been gone for more than 50 years, but he and his young heroine, Madeline, can still cause quite a stir. The exhibition debuted at the New-York Historical Society this past summer with record-breaking crowds and a lovely review in The New York Times. Or maybe you saw this segment on CBS Sunday Morning, starring our guest curator Jane Bayard Curley?
So what’s all the fuss about, then?
Madeline at 75 has all the makings for a perfect exhibition of children’s book art. First, a plucky heroine who appeals to everyone from three to 93: 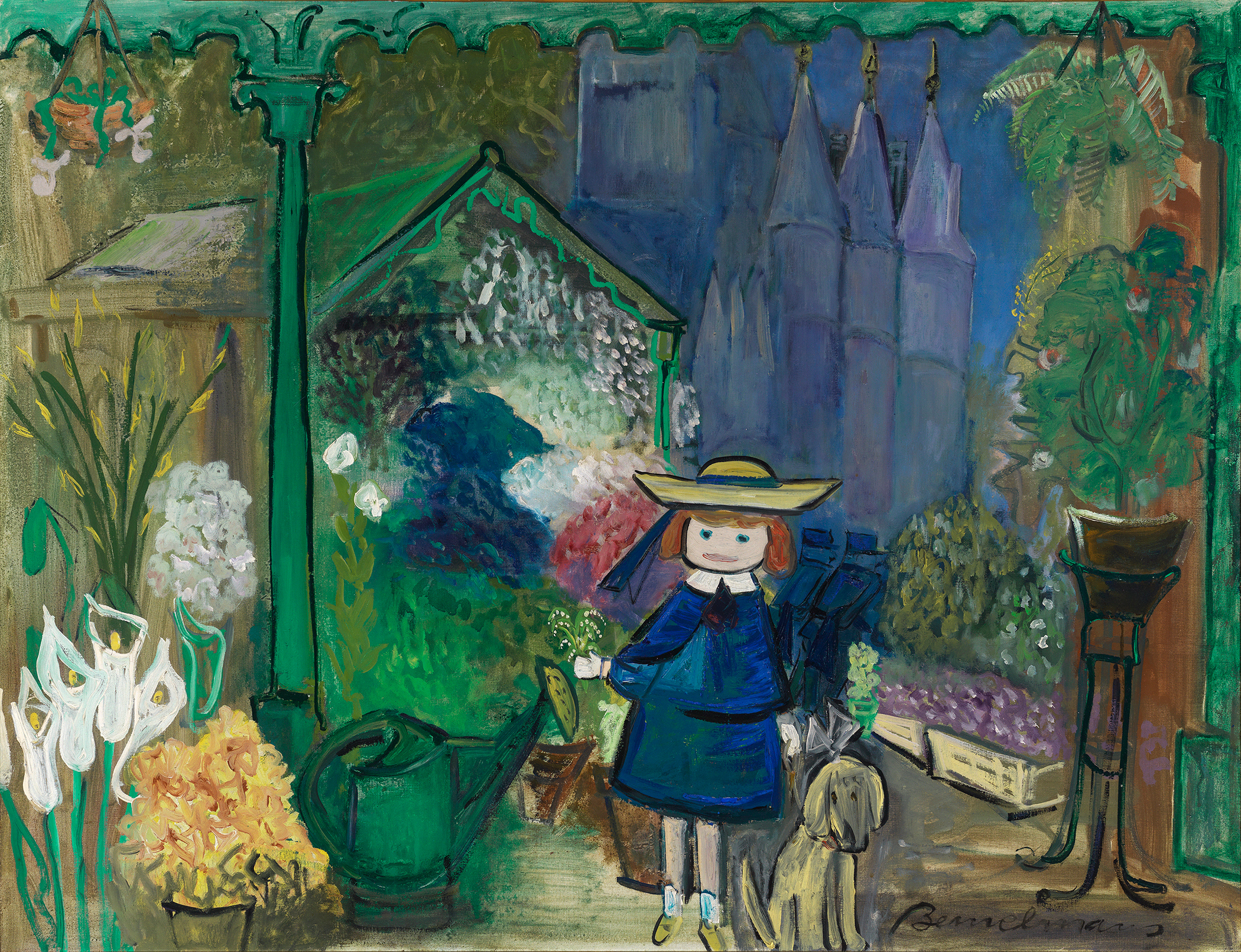 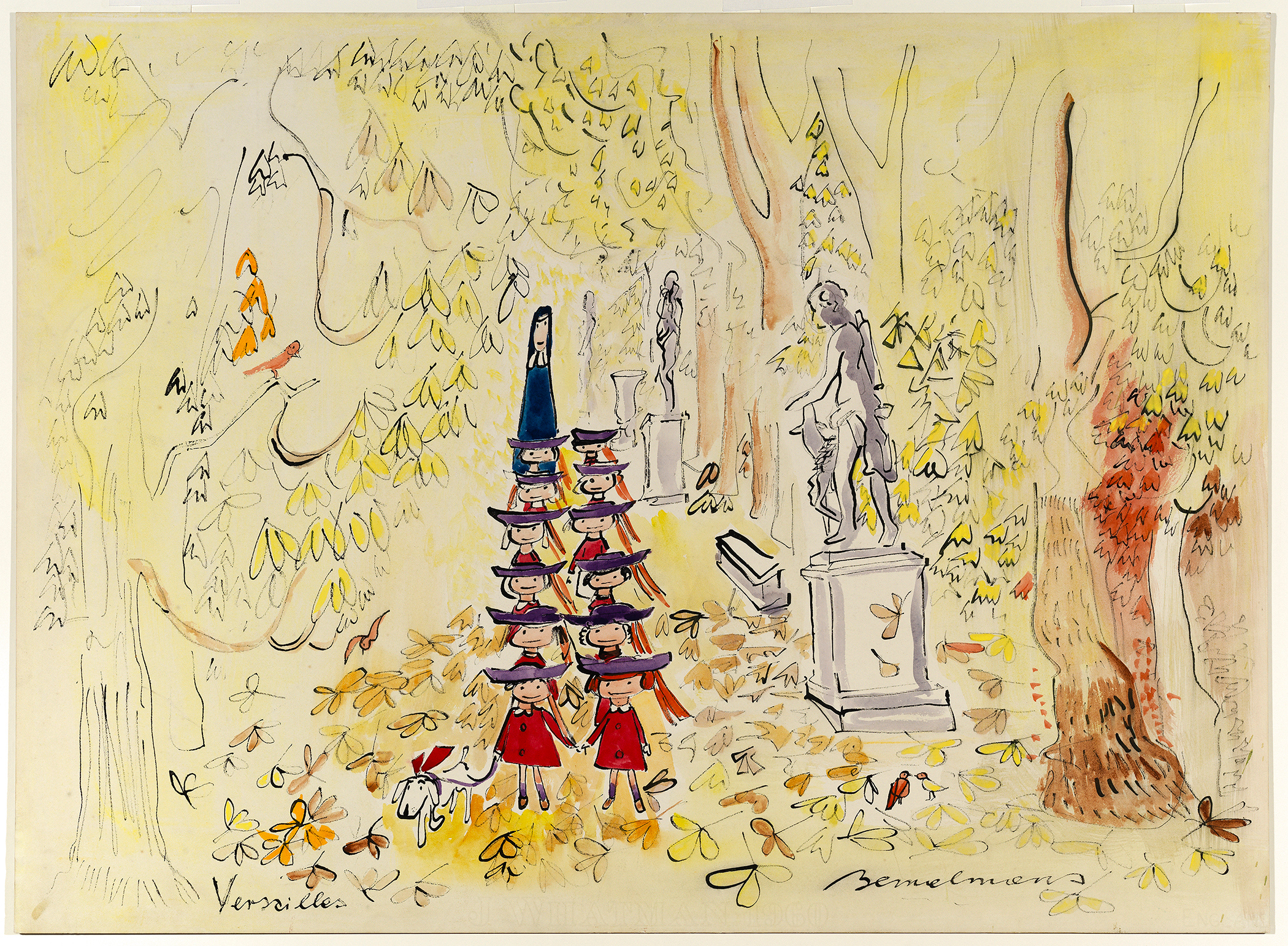 As well as tales of derring-do: 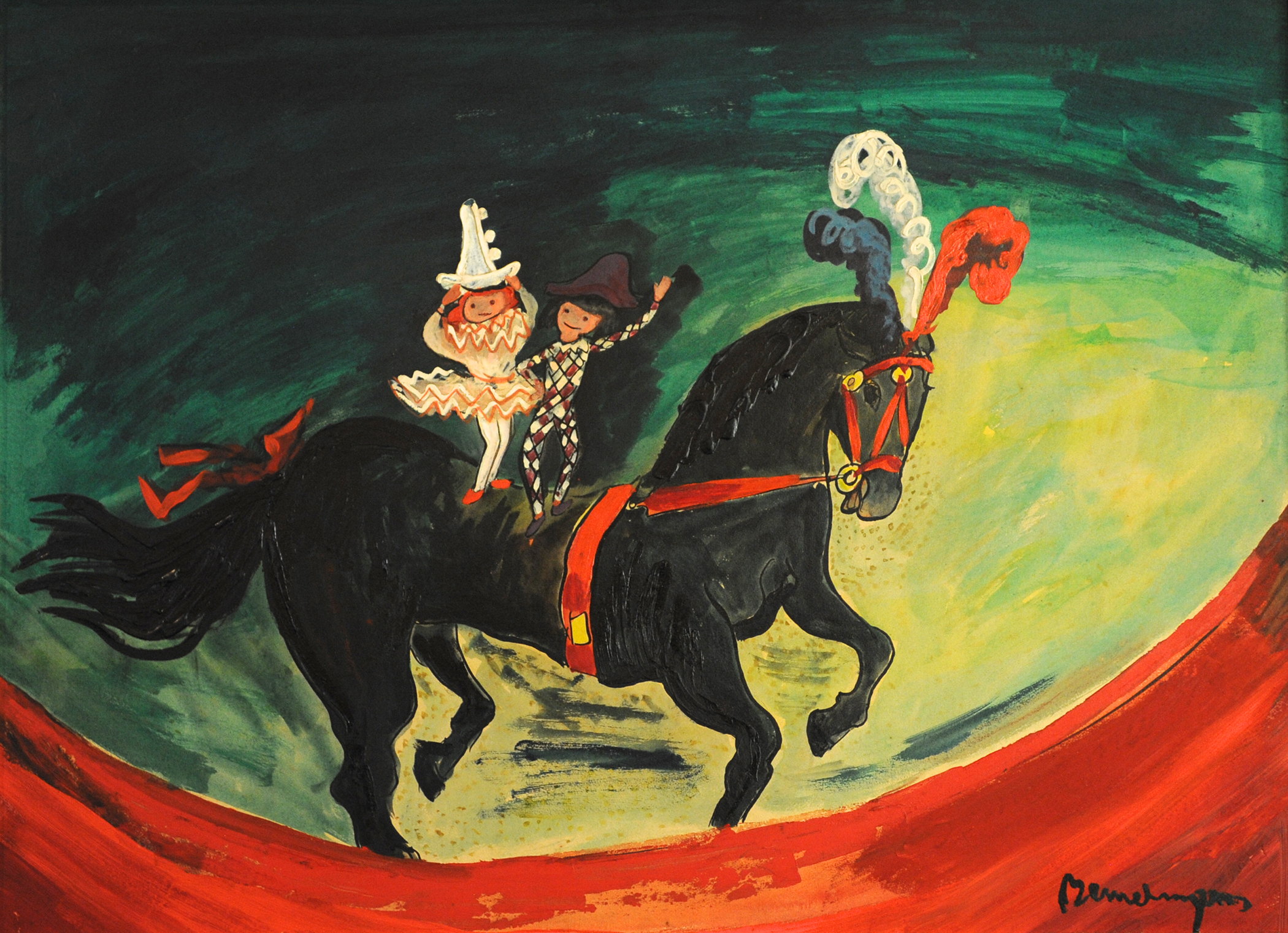 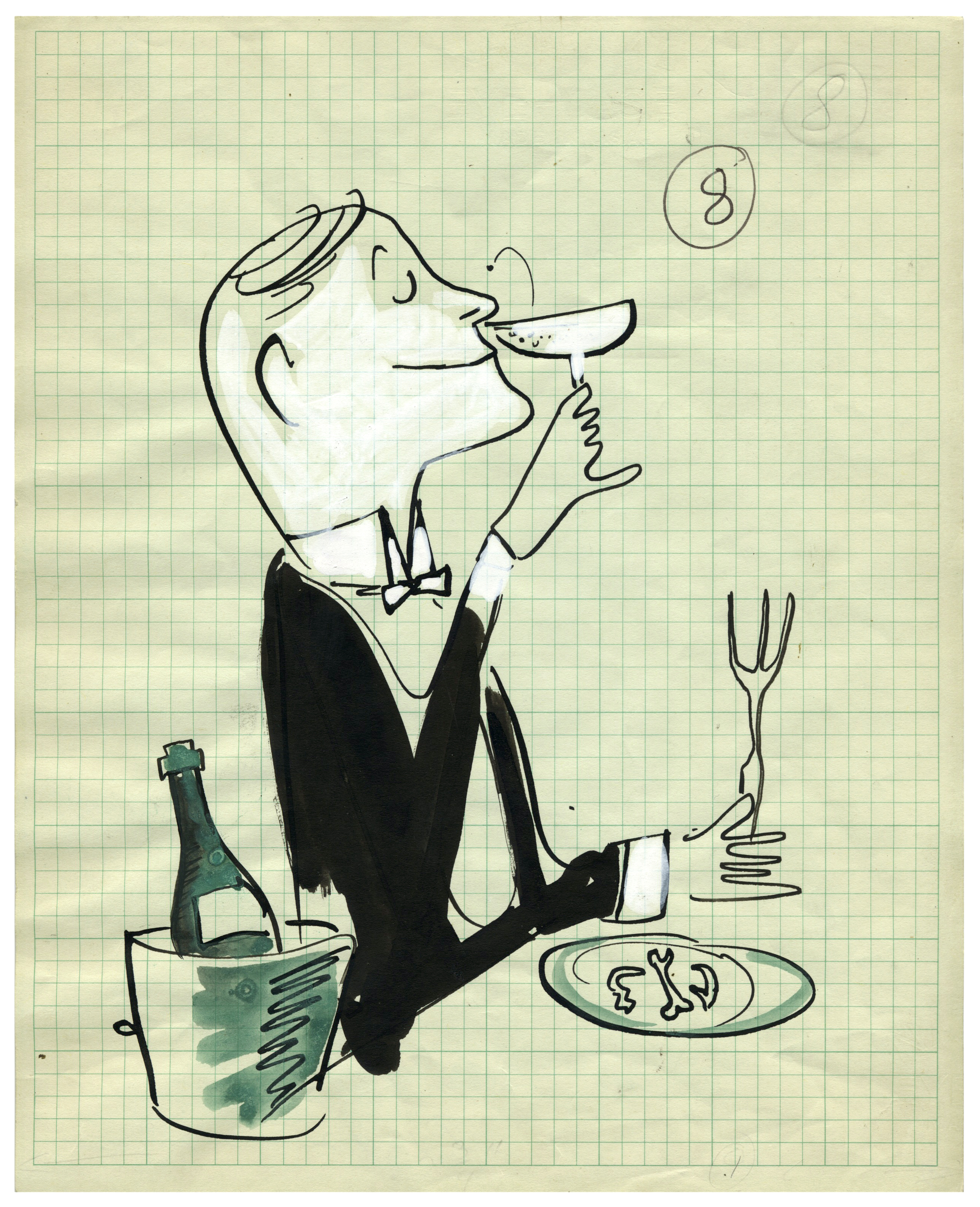 A native of Austria, Bemelmans (1898 – 1962) was one of many brilliant, early twentieth-century European artists who found his true home in America. The exhibition examines his entire career, from his rarely seen early comics to his magazine work to his celebrated, sometimes tumultuous life as a bon vivant, hotelier, and restaurateur.
A natural storyteller, Bemelmans artfully blended childhood memories with his experiences as an adult to create Madeline, published in 1939. “The purpose of art,” he said, “is to console and amuse—myself, and, I hope, others.”
His story about a precocious young girl’s adventures at boarding school was so successful, he went on to publish five more Madeline stories. He also developed the idea for Madeline at the White House with Jacqueline Kennedy. He died before he could complete the project, but wonderfully, his grandson John Bemelmans Marciano finished and published it in 2011.
The exhibition explores Bemelmans’s career through more than 90 works, many never shown publicly before, including drawings, paintings, specially commissioned objects, archival photographs, and memorabilia (his paintbox!). Also on view are the original Madeline manuscript and drawings from all the Madeline books, which provide insights into his creative process.
The Carle’s exhibition includes a guided gallery tour with Jane Curley on November 16 and—for Madeline’s youngest fans— Tea Time with Madeline on December 27, which will feature the costume character, special art activities, and Madeline temporary tattoos. Please come visit!
Until then:

“And she turned out the light—
and closed the door— and that’s all there is—
there isn’t any more.”

Alexandra Kennedy is the Executive Director of The Eric Carle Museum of Picture Book Art in Amherst, Massachusetts.