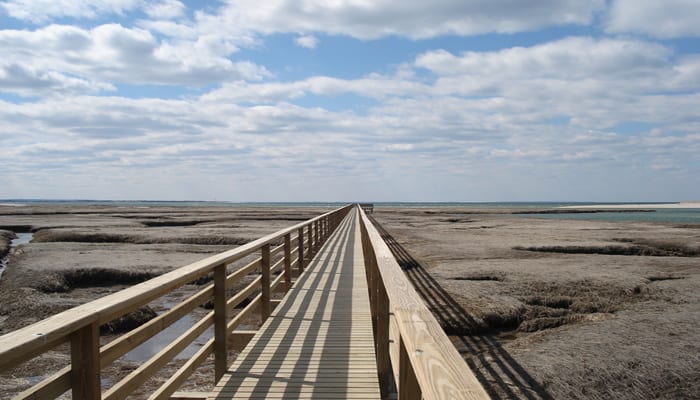 The quiet and lovely town of Yarmouth has always marched to the beat of its own drum.
For goodness’ sake, they gathered in a town meeting to declare independence from Great Britain a fortnight before the signing of the Declaration of Independence! Forward thinking, indeed.
Today in Yarmouth, you can spend time at the beach, wander by an old windmill, dabble in a most unusual and wondrous fried clam chowder, and explore the home of one of America’s most creative souls, that oft-macabre Edward Gorey.
It is a unique corner of the Cape, so plan to stay a few days.
A Charming Inn, Right By the Bay 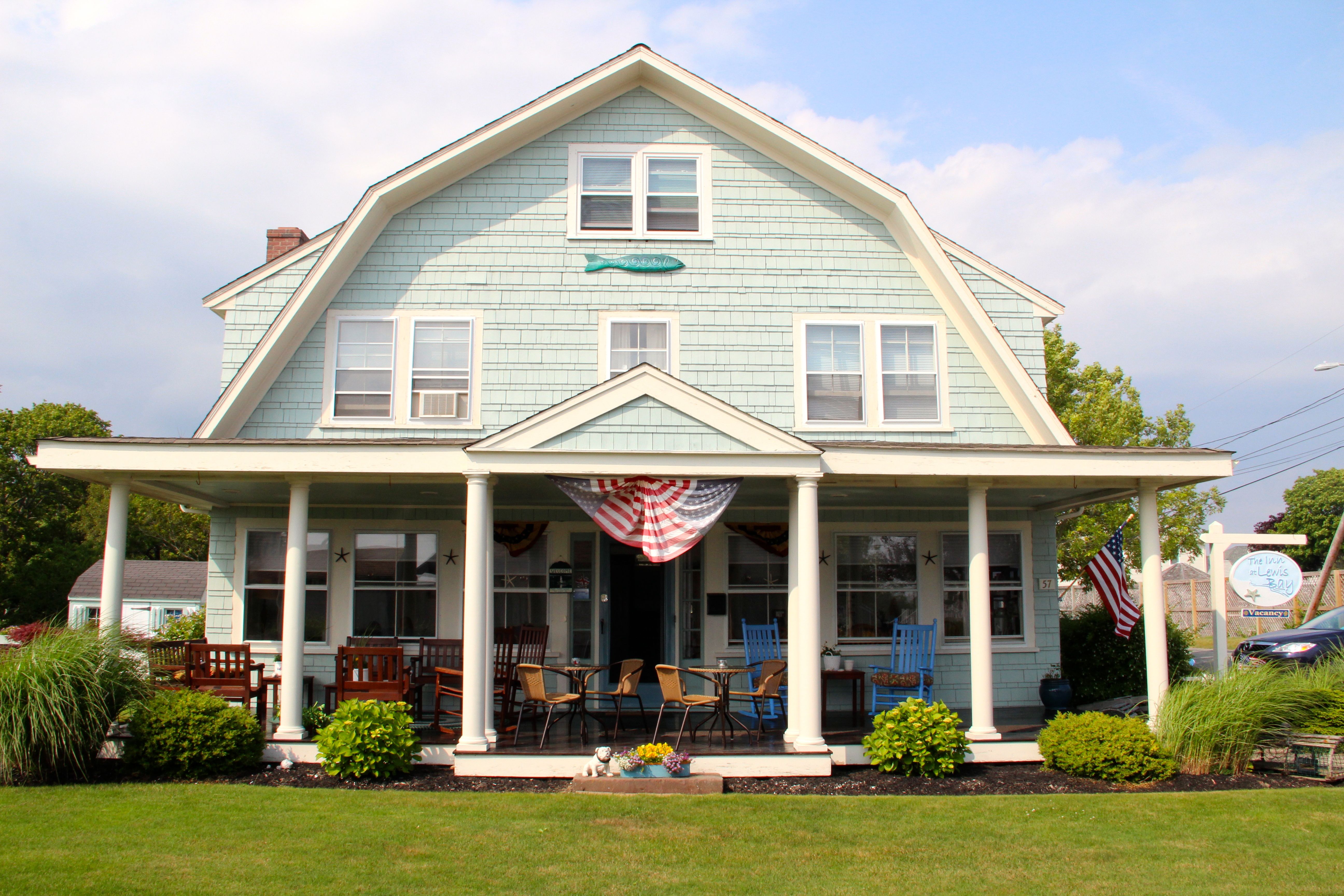 Photo: The Inn by Lewis Bay

Tucked away near the end of Maine Avenue, The Inn at Lewis Bay is the type of relaxing and inviting hostelry for those seeking an excellent base camp for enjoying Yarmouth. Your hosts are Teresa and Keith Stigura, and if you like pleasant bulldogs, they have a fine canine companion in Winston, who rambles around the grounds.
Speaking of the grounds, the entire place has a wonderful and comfortable air, from the lovely porch (fine for sitting and having morning coffee) to the tasteful and bright nautical decor that adds so much to the uncommon areas in this Dutch Colonial-style home.
In terms of the room offerings, visitors have six different types to choose from, all with private baths, queen-size beds, air conditioning and electric fireplaces for those oh-so-chilly fall and winter evenings. The “Sea Grass” is particularly lovely and it features rather verdant green wallpaper, along with white wicker furnishings and a canopy bed.
You are wondering about breakfast, perhaps? Well, Teresa has you covered in fine fashion. Guests will always find a cornucopia of fresh breads, cereals, fruits, juice, coffee and eggs made to order. Travelers with allergies and the like can be accommodated and vegan and vegetarian morning options are available.
On the water, a windmill
After getting situated at the Inn, visitors may wish to head on over to the Judah Baker Windmill, which is about a fifteen-minute drive away. In previous decades (indeed, centuries), the Cape was fairly well covered with such buildings, but in time, they have been demolished, as they outlived their original purpose. 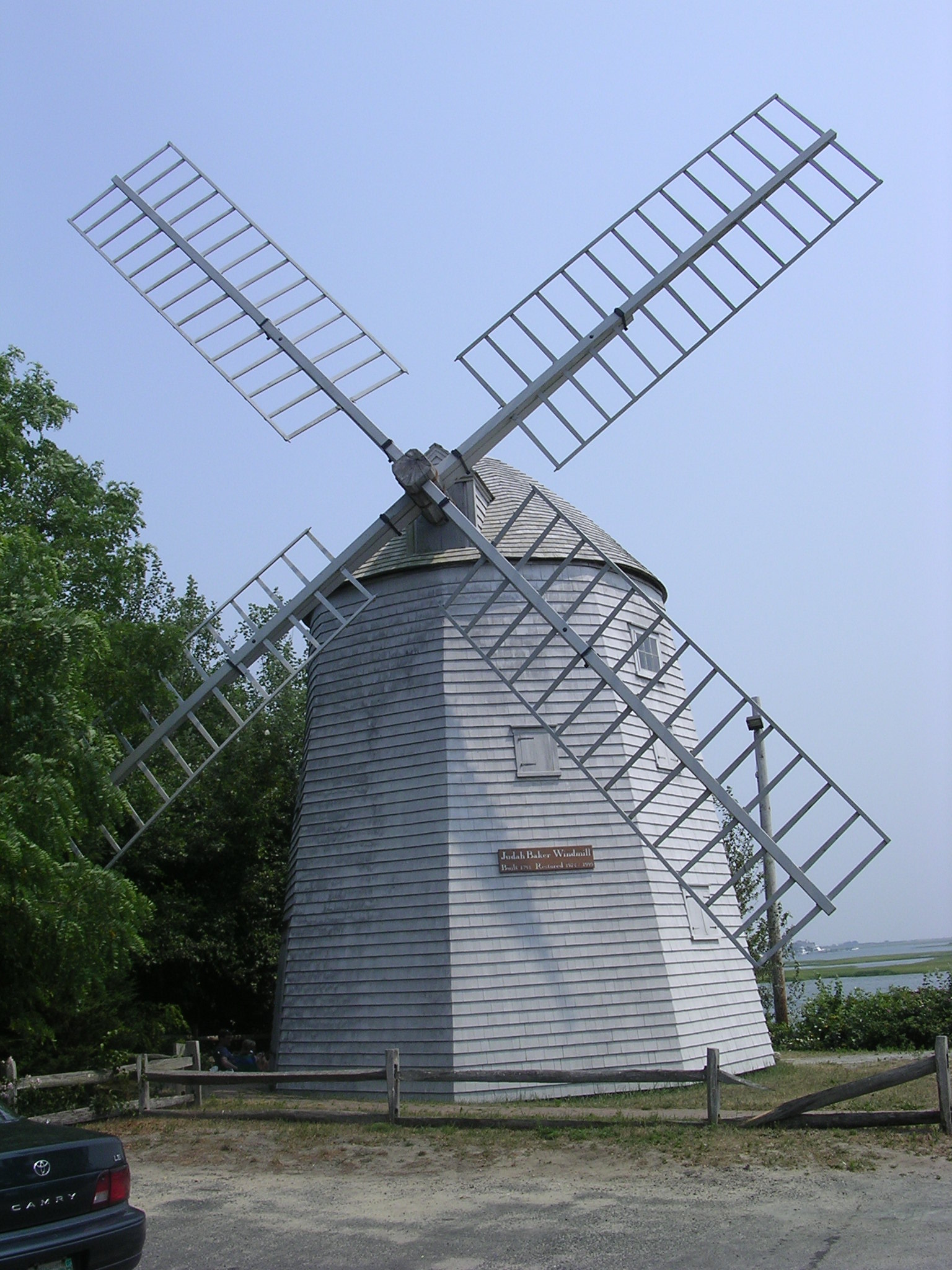 This fine specimen was originally built in 1791 by Judah Baker, and today it graces the surrounding Windmill Park. It was restored to its original condition in 1999 and visitors can call the Yarmouth Historical Society for a guided tour. Of course, visitors are welcome to stop by and spend a few minutes enjoying its graceful form as they please.
A New England Dish, Reinvented
Yarmouth and the rest of the Cape are brimming with seaside seafood emporiums, beckoning those seeking the fried goodness that surrounds scallops, haddock, and a range of other frutti di mare. So what’s different about The Skipper Restaurant?
Fried clam chowder.
That’s right, they have fried this New England staple into so much buttery, brown-encrusted delightful wonder that it’s hard to imagine going back to the old “Oh, this is great and wonderful non-fried clam chowder” business. It’s definitely worth a try and you can enjoy it as you sit outside enjoying the views of Nantucket Sound (weather permitting, of course). 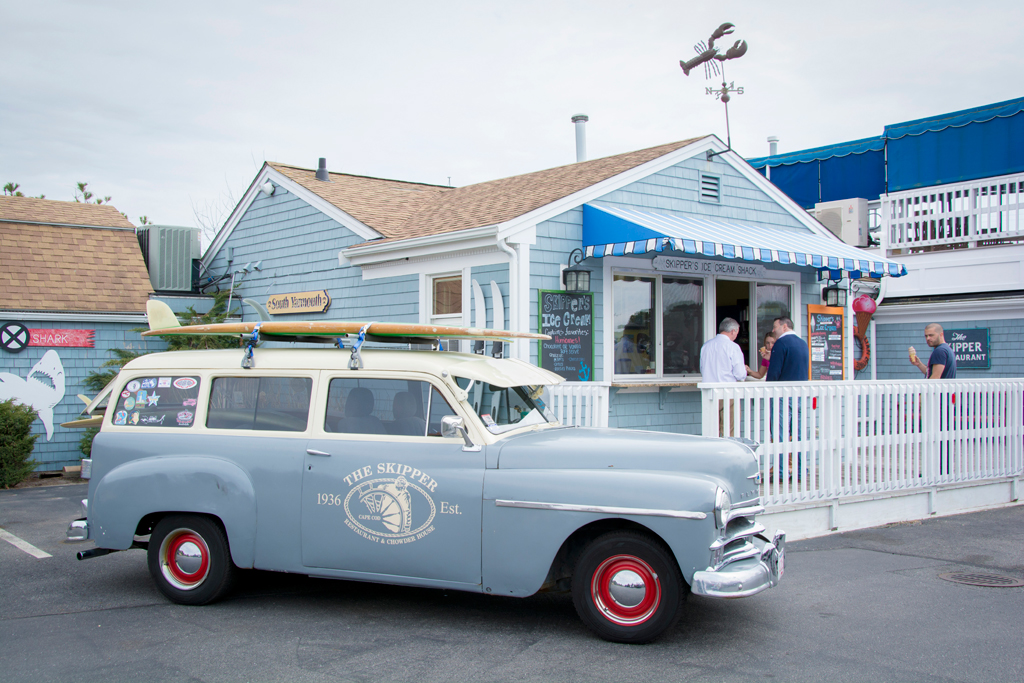 Photo: Just a few steps outside The Skipper

The entire establishment has a lively hustle and bustle around the premises and visitors can indulge in favorites like their lobster roll or their gargantuan shellfish platters, which are perfect for large groups. They also have a range of raw bar options, including oysters from nearby Dennis, shrimp cocktail and local littleneck clams.
Look out, there’s a fin in that water hazard
As a bit of a down-tempo change of pace, the curious visitor might swing by the yo-ho-ho kitsch of Pirate’s Cove, which promises two eighteen-hole courses of wonderful, maritime-themed miniature golf. 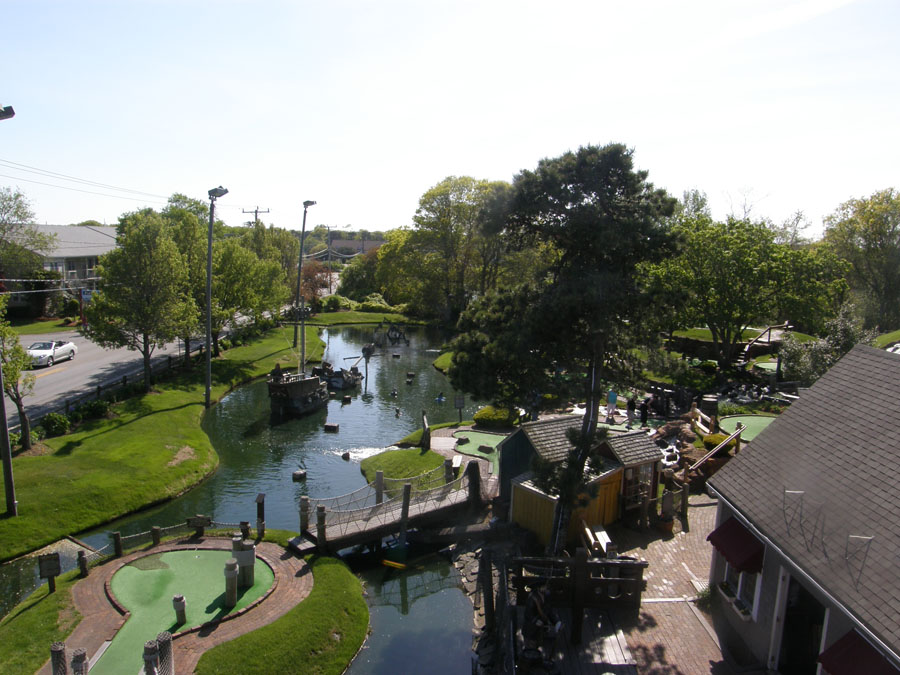 Photo: Ahoy! The Pirate’s Cove is near

It’s not that this fine recreational expanse is a local business (it’s an outpost of a popular chain), but that it simply offers up some entertaining escapades for people who enjoy putt-putt around treasure chests, a suspended great white shark model, and a variety of other terrific items. It’s a seasonal destination, so make sure and check their website before setting sail in your late model sedan to this South Yarmouth fave.
Breakfast with a sunny disposition
I rather enjoy a breakfast establishment that looks on the sunny side of life as they prepare your sunny-side up eggs. It makes for good culinary karma and the Optimist Cafe is a perfect place to experience such a synergy. Owners Kristina and Daryl gave the place a complete reboot last year, and the well-appointed dining rooms and low-key atmosphere provide a great way to start the morning or to come on in for a down-tempo lunch. 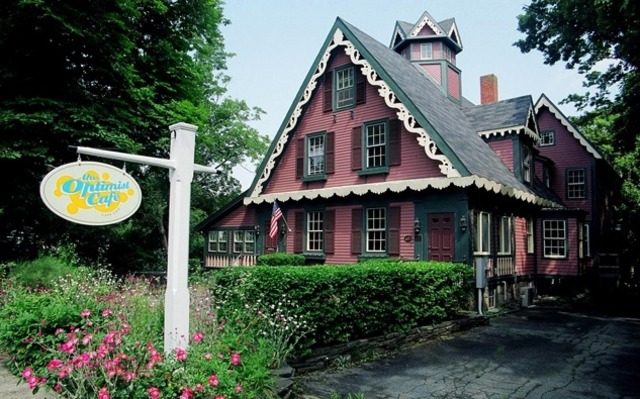 They have a fine traditional English breakfast (two eggs, sausage, tomato, mushrooms, and more) and a range of omelets, including the “Cape Cod,” which naturally features lobster. Visitors can also stop by later in the afternoon for their proper tea service, which includes finger sandwiches, scones with hand-whipped cream and preserves and several dozen teas on offer.
A House That’s Oh-So-Gorey
Best known for his creative, curious and at times macabre illustrations, Edward Gorey lived in Yarmouth from 1979 to his death in 2000. After he passed, his house became a museum and folks flock from near and far to see some of his illustrations on display in the place that meant so much to him. 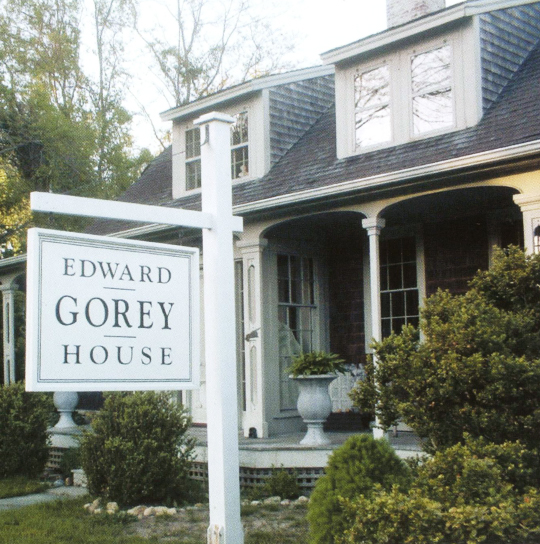 Visitors can take a guided tour of the home and children can also take advantage of a fun treasure hunt activity that helps them learn more about his artwork and his sense of humor. It’s worth stopping by for one of their special events or taking part in their annual Halloween Envelope contest. Also, you can learn more about Gorey via this fine biography provided on the Gorey House website.
Max Grinnell is a writer based in Cambridge, MA, who writes about cities, public art, geography, travel, and anything else that strikes his fancy. His writings can be found online at www.theurbanologist.com and he tweets over @theurbanologist.
Photo at the top courtesy of William DeSousa-Mauk