For those who have never been before, The Eastern States Exposition, better known as The Big E, is the biggest agricultural event on the eastern seaboard and one of the 10 largest fairs in the country.

This year’s extravaganza counts several new performances, as well as some new culinary offerings, in addition to the many classic attractions that will be back again.
Here’s a quick preview before the festivities get underway next week in West Springfield. 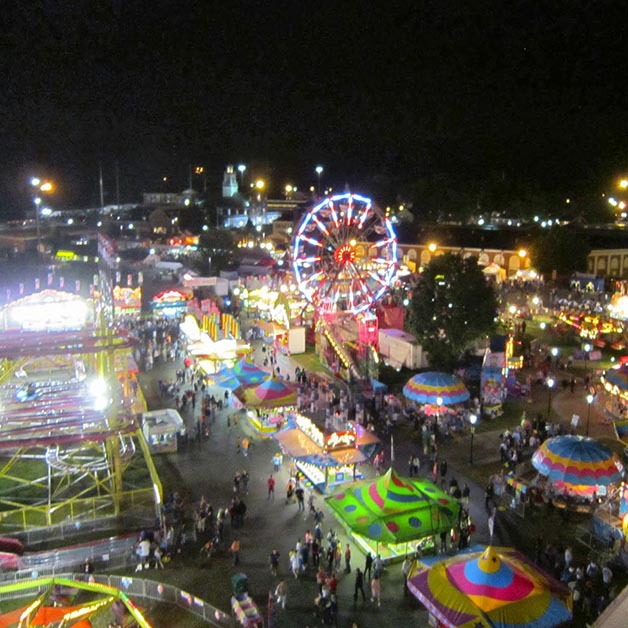 Photo: Nighttime at The Big E

This year, The Big E takes place from September 12 – 28, swinging into gear on Friday. One of the biggest new additions is the men with the beards; ZZ Top will take the Xfinity Arena stage on Friday, September 26, giving Northerners and visitors the chance to see That Little Ol’ Band From Texas rock in person.
ZZ Top isn’t the only new group that will make a stop in Western Mass during the exposition, however. Cassadee Pope, who won Season 3 of The Voice on NBC, will team up with Chris Janson and perform on Friday, September 19, while Darius Rucker will take the stage the Sunday before. All in all, the fair will feature more than a dozen artists, several more of whom are also new. You can browse the full lineup here.
Along with the new arrivals, The Big E will have plenty of entertaining favorites back for more. The always-impressive ESE Horse Show runs throughout the fair, as does the iconic Avenue of States, which gives passersby a unique look at what makes each New England state special, all within a few blocks. Amazingly detailed butter sculptures will be back again, too, in addition to the classic Mardi Gras parade, which will feature eight custom floats this year. 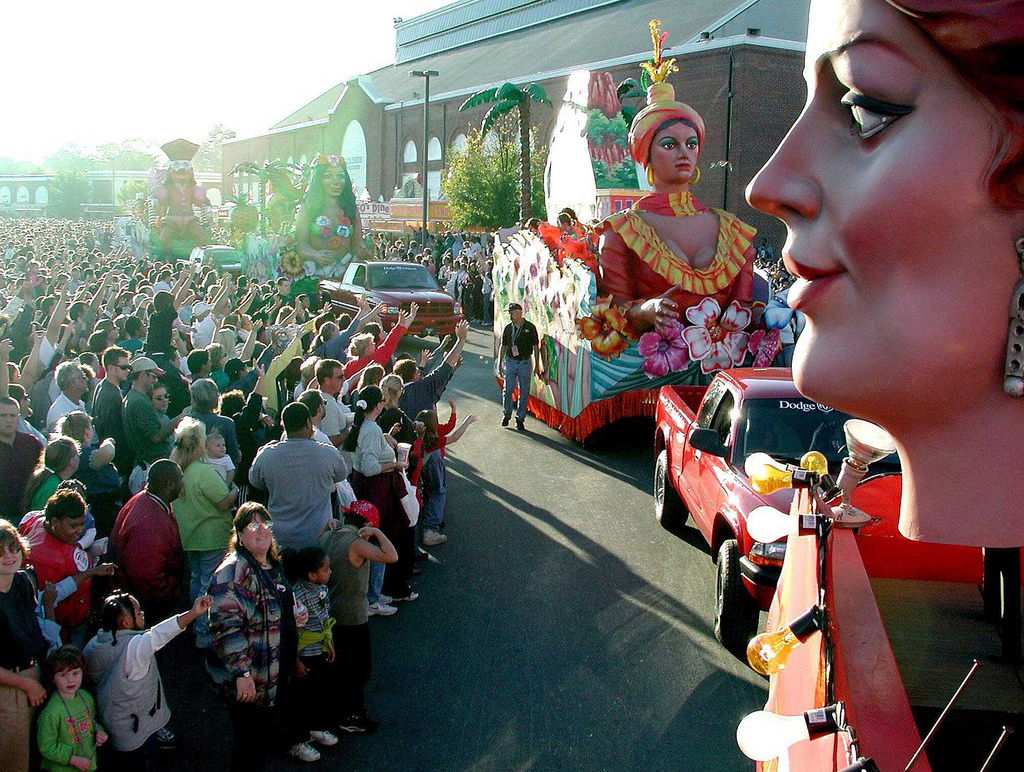 Over at the Midway, where visitors can always expect some stomach turning in the best sort of way, there will be a new ride: Remix, a topsy-turvy thrill-inducer that comes complete with lights and smoke, will whip passengers around 21 times per minute.
More kids fun will come in the form of a daily bear show at the Avenue Show ShowPlace, starring some well-mannered grizzly friends from up north. Those whose memories go back a little further might enjoy the 1964 – 1965 New York World’s Fair recreation, which contains 250+ artifacts and souvenirs from the original show.
The Big E is also well known for its eats, and like most everything else, there will be something new to discover in the way of culinary creations and confections. Matunuck Oyster Bar will make its exposition debut, while a newly revamped Italian pavilion will offer all kinds of tasty fare. Hot dog tacos will bow for the first time as well, along with beer-a-misu (yup, you guessed it: beer + tiramisu). Plenty else will be back by popular demand, including The Big E Cream Puff, and, of course, the cheeseburger in between glazed donut halves aptly known as the Craze-E-Burger. 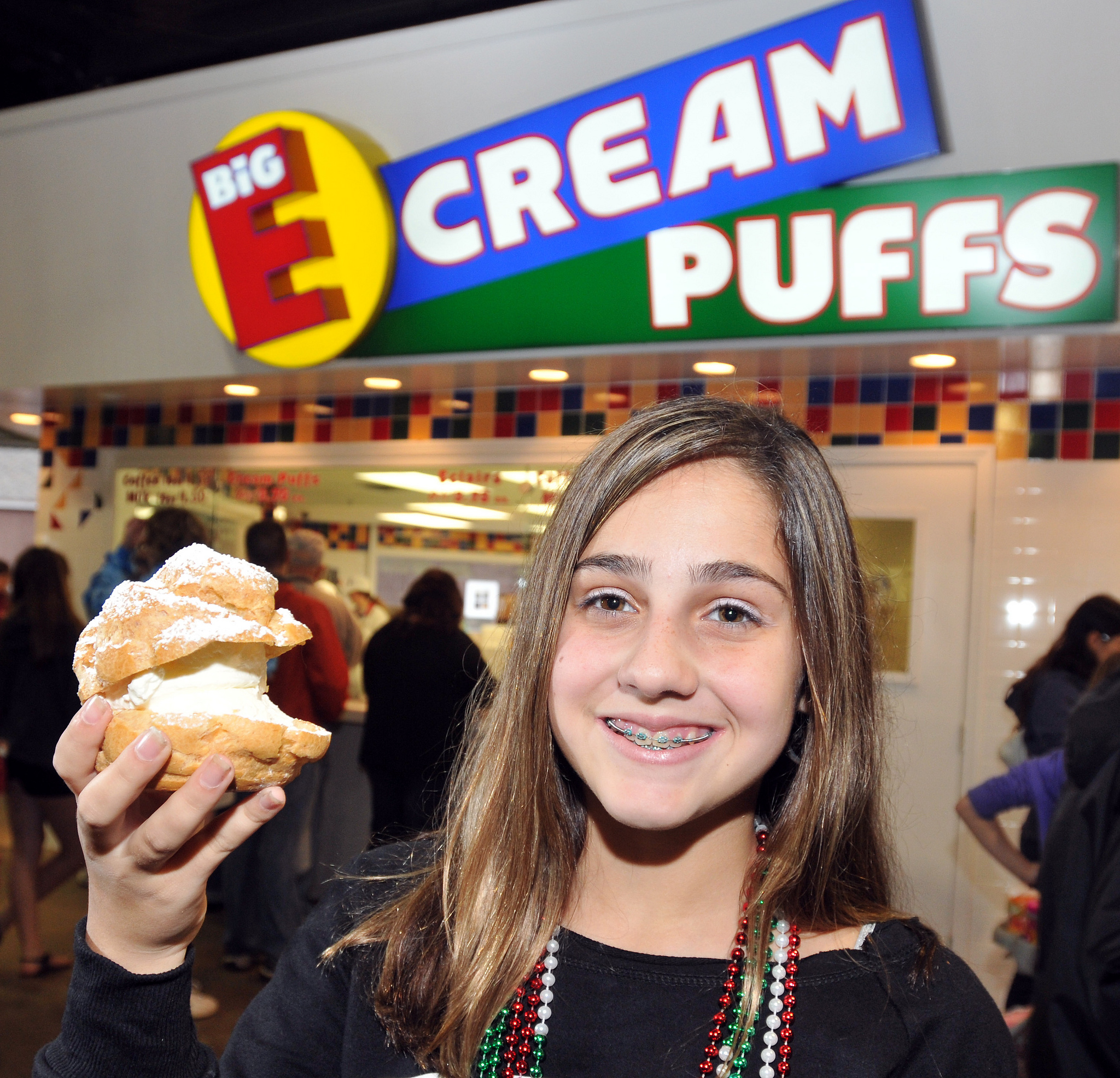 If you’re making a trip to see The Big E, it’s a good idea to stay in the area, and the nearby Hilton Garden Inn Springfield and La Quinta Inn & Suites make two good options. You can also find more information about any and all Big E questions here.
What’s one memorable fall festival that you’ve attended? Let us know in the comments!