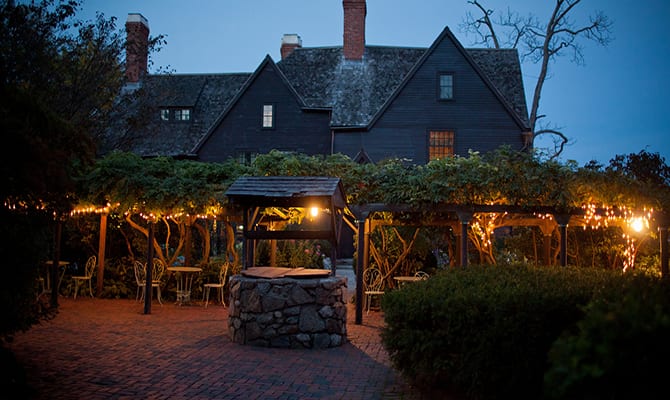 There are a whole lot of fun places to celebrate Halloween in Massachusetts, but suffice to say, no city gets down like Salem.
In Salem, September’s end signals the beginning of a month of festivities that features films, tours, art shows, cruises and much, much more. Known as Haunted Happenings, the celebration goes strong through all of October and draws hundreds of thousands of visitors to the scenic seaside city in autumn.
This year’s extravaganza promises to be another ghoulish good time. Read on for a look ahead! 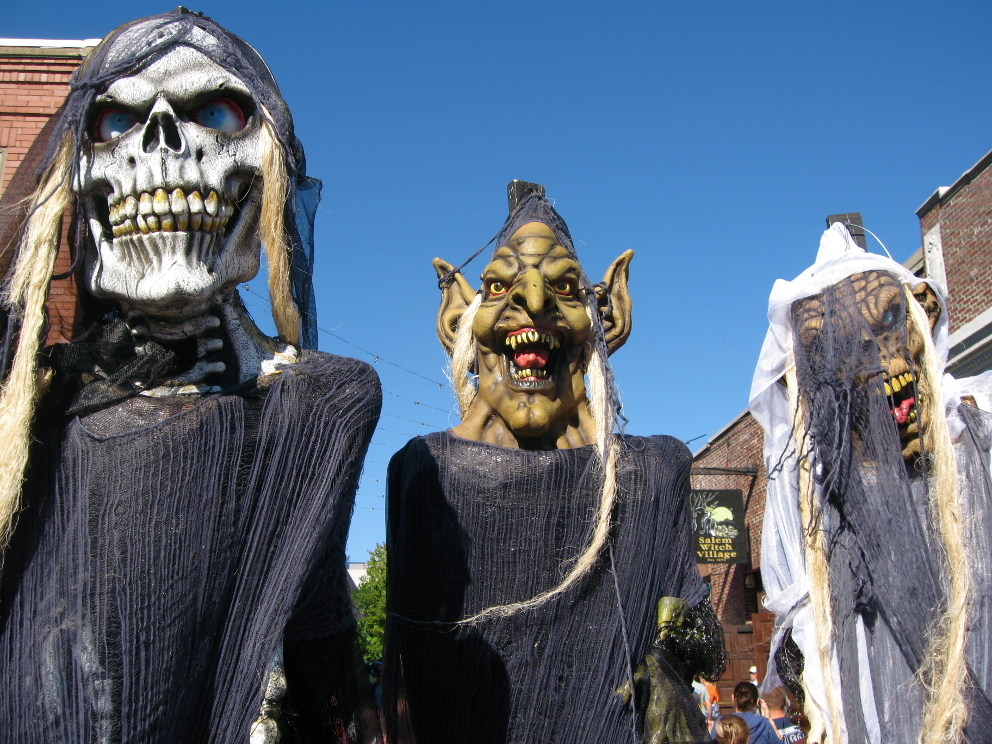 Since the early day of colonial Massachusetts, when the surrounding area was abuzz with the infamous witch trials, Salem has had a connection with specters and spirits, but witches are just one part Haunted Happenings.
The festivities start in earnest on October 2, when the Haunted Happenings Grand Parade marches through downtown Salem. The procession has plenty of pageantry, as well as music, and involves students of all ages. This year’s parade takes place from 6:30 p.m. to 8:30 p.m. and can be watched from Congress Street, Derby Street, New Derby Street, Washington Boulevard, Hawthorne Boulevard and the Essex Street Pedestrian Mall. 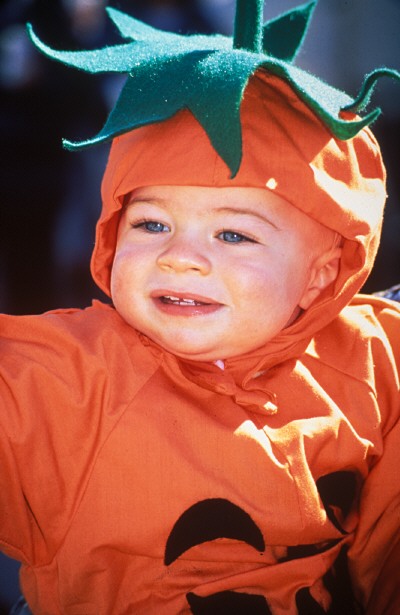 Photo: A young pumpkin partaking in the fun by Bob Deschene

Following the parade, the rest of the month will feature several recurring activities, giving visitors the opportunity to explore, experience and sightsee around the city. Haunted Harbor Cruises will run throughout the first week and a half of October; after hopping aboard, passengers trace the haunted coastlines of Salem, Marblehead, Beverly and the Misery Islands on a 90-minute tour, with a full bar and grill there to keep them well-fed.
For little ones and the artistically inclined, the October 3 free pumpkin painting party is a good time, and it’s just one of many Mayor’s Night Out activities taking place that evening. Those who like to sip and hear stories would do well to check out Tales and Ales, which includes grisly ghost tales and samples of local libations from Pamplemousse. The iconic House of Seven Gables will also a series of chilling tours, drawing on the characters from Nathaniel Hawthorne’s well known novel.

About half way through the month, on October 17, the Haunted Happenings Carnival will open, treating residents and visitors to a fun-filled exposition. Through October 31, the carnival will offer games, rides and all kinds of other entertainment. The hours are from 3:00 – 10:00 p.m. on weekdays, with Saturday, Sunday and Halloween going from noon to 10:00 p.m. 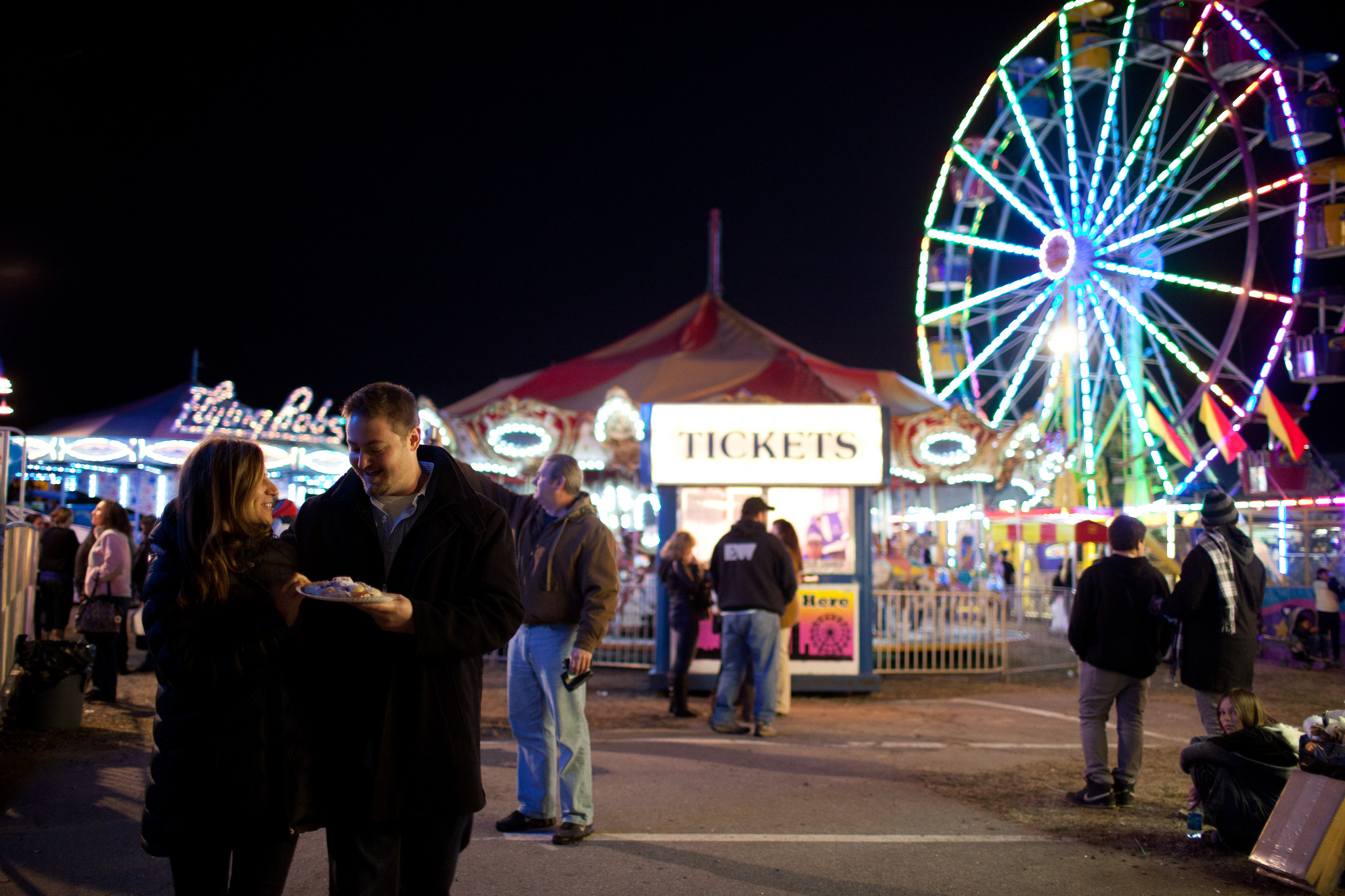 Photo: Walking around the Salem Carnival


October 25 will be all about Halloween parties, with two of Salem’s venerable hotels hosting shindigs. The Hawthorne Hotel has a Mardi Gras-themed celebration on the docket, with the doors opening at 7:30 p.m. and the event winding down at midnight. Wicked Night on the Wharf will take place at the Salem Waterfront Hotel from 8:00 p.m. to 12:30 a.m., complete with a DJ, appetizers and drinks. Both events will host costume contests (so dress up!) and are open only to the 21+ crowd.
Of course, these are but a few of the Haunted Happenings in Salem during October. For the full rundown, just click here and scroll. You can also browse more attractions here.
When it comes to transportation and lodging, the Haunted Happenings website is a good resource. The Accommodations section lists a number of different lodgings, several of which have special deals for those coming into town, and the Arrive section makes getting there much easier.
Which Haunted Happenings event do you like the most? Let us know in the comments below!