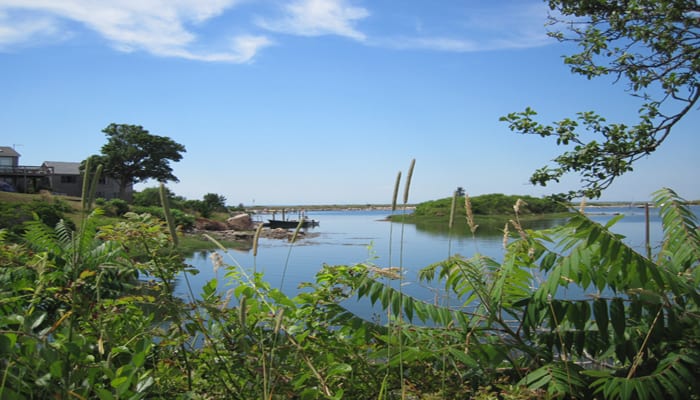 Situated between Martha’s Vineyard and Woods Hole, the Elizabeth Islands are chock-full of historical intrigue and natural attractions.

Yet, most people only have the chance to view the islands, including Cuttyhunk and Penikese, from afar. To give more people the opportunity to experience these treasured spots, Mass Audubon’s Long Pasture Wildlife Sanctuary offers unique daylong guided cruises and exploration tours on weekends in September – and they are indeed unique, given that Mass Audubon is the only permit holder for guided tours of state-owned and state-managed Penikese Island.
Just what makes the Elizabeth Islands so special? Here’s a preview of what you may learn and encounter during a Long Pasture adventure. 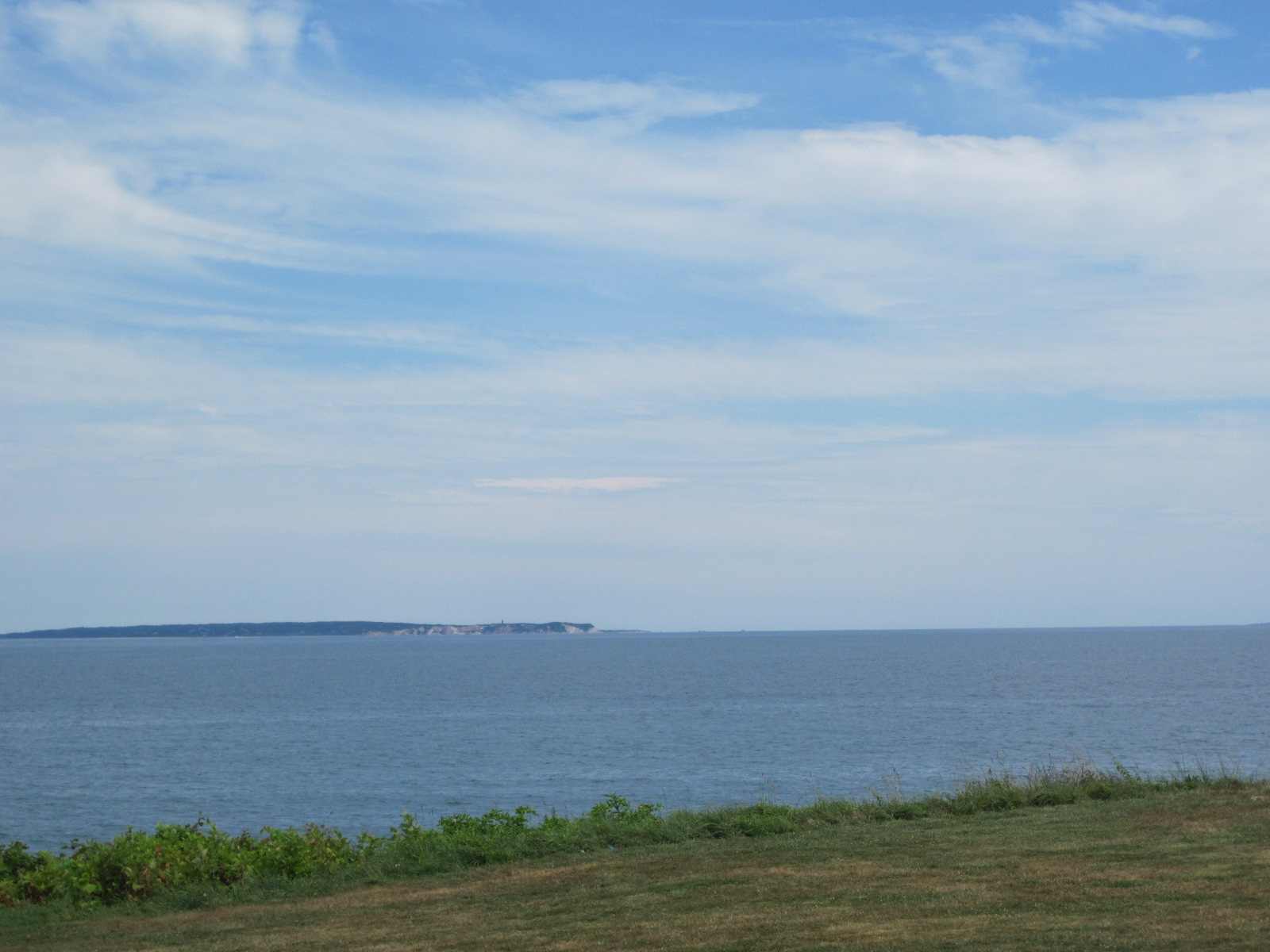 Photo: Looking out towards Martha’s Vineyard from Cuttyhunk Island by sailn1 on Flickr

Spot the Striper
Around Cuttyhunk, you can’t help but notice a recurring striped bass theme reflecting the current and historical significance of this fishery. Even the Methodist church has a striped bass weathervane. The island was once host to the Cuttyhunk Fishing Club, established in 1864 by a group of wealthy sports-fishermen and continued until 1921.
Vital Views
At 154 feet above sea level, Lookout Hill is the highest elevation on Cuttyhunk, providing unobstructed 28-mile views of Buzzards Bay, Vineyard Sound, and the South Coast of Massachusetts. In the 1800s, the view was so advantageous that it played a critical role for whalers. Pilots charged with helping guide the whale ships in and out of New Bedford Harbor sat atop Lookout Hill with spyglasses in hand to watch for incoming vessels. Then, during World War II, this spot was used to keep a lookout for German subs. Now, it’s an ideal location for watching passing raptors on their journey southward for the winter.

Photo: Panorama from the top of Cuttyhunk

Natural Attractions
The rocky shorelines and steep cliffs of the Elizabeth Islands were established by the melting glaciers about 18,000 years ago. Single boulders, or glacial erratics, on Cuttyhunk are like those atop the mountains of New Hampshire and Vermont.
Name Game
The Elizabeth Islands, along with Cape Cod and Martha’s Vineyard, owe their name to English explorer Bartholomew Gosnold, who “discovered” the islands in 1602. Captain Gosnold’s crew member Gabriel Archer described the bay as “one of the stateliest sounds that ever they had seen,” and they called it Gosnold’s Hope (now Buzzards Bay).  The Bartholomew Gosnold Monument on Cuttyhunk is a 70-foot stone tower built in 1902 that pays homage to the captain. 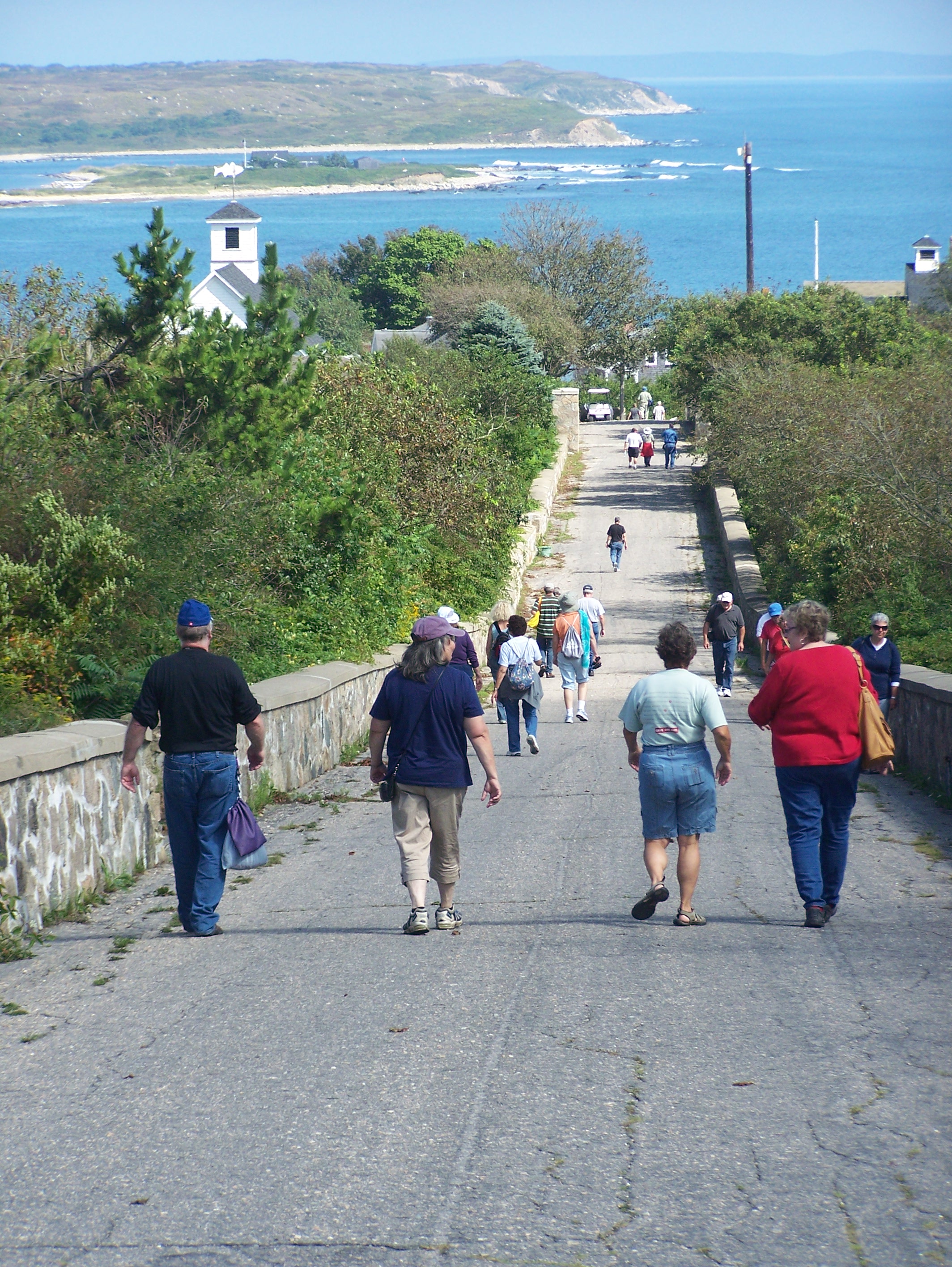 Cedar Come, Cedar Go
Native Americans called Penikese “the sleeping land out in the water.” In his journal Gabriel Archer wrote that the island is “an islet in compass half a mile, full of cedars.”  Cedar was a valuable wood in England, so many cedars were cut to take on the journey back to England. Later, settlers cleared the island of forest for firewood and lumber and for sheep farming.
A Varied Past
Penikese Island has been host to a number of different institutions. In the late 1800s, it was the location for the short-lived Anderson School of Marine Natural History founded by famous naturalist Louis Agassiz. In 1905, it was the site of a leper colony, which lasted for 15 years. From 1924 to the present, the island has been a wildlife sanctuary owned by the Massachusetts Department of Fish & Game (MassWildlife).
Birds in Paradise
The Elizabeth Islands are a major nesting site for grasshopper sparrows, a declining species in Massachusetts. The great majority of their homes are made Nashawena Island, thanks to the island’s 1,500 acres of relatively open grassland habitat. Unfortunately, even here, the birds are declining, most likely due to the introduction of coyotes to in 1980s. 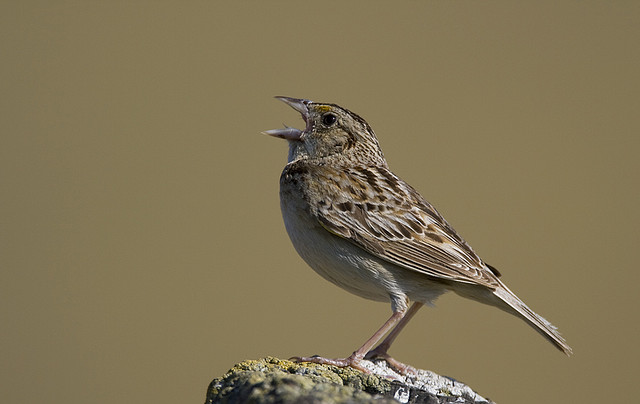 Penikese Island is also the southernmost nesting area of the Leach’s storm petrel, and it is the only nesting spot for this species in Massachusetts. The island is also the summer home to a rare common and roseate tern colony – the later of the two species being federally endangered. Mass Audubon-led tours offer unique opportunities to see truly astounding numbers of migrants as they navigate along this northeast/southwest directional chain of islands.
All Aboard
You can join our professional naturalists from Long Pasture on a one- or two-island exploration on September 7, 14, 21, and 28. The tours depart from Falmouth, and space is limited, so if you’re interested, register early!
Ian Ives is the Sanctuary Director at Mass Audubon’s Long Pasture Wildlife Sanctuary in Barnstable.
Photo at the top courtesy of sailn1 on Flickr