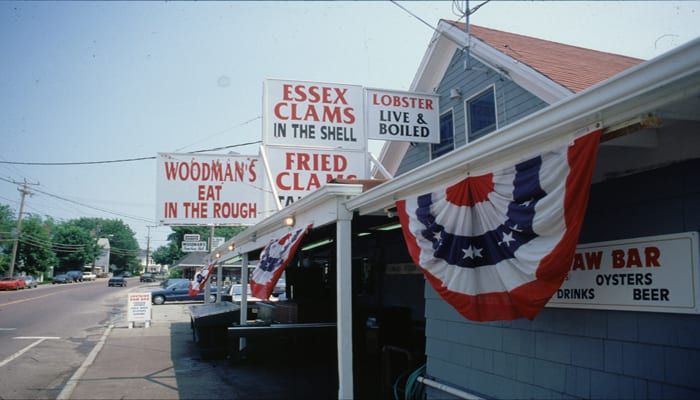 Massachusetts’ North Shore has something to entice and excite each of the senses: picturesque views, sounds of water lapping on the shore, the smell of sea air, and the feeling of sand between your toes. Perhaps most thrilling, though, is the taste of the North Shore.

We recently embarked on a journey up the North Shore, sampling its delectable seafood and brewery offerings. We invite you to grab a lobster roll, pop open a cold one and follow us on this journey as we visit…
Night Shift Brewing – Everett
One of the newest kids on the brewery block is Night Shift Brewing. Founded in 2012 by a trio of good friends with a shared passion for craft beer, Night Shift has grown from a nighttime hobby comprised of a 5-gallon pot, Gatorade cooler, and a basic home-brewing kit into a full-size operation, complete with a taproom boasting a memorable variety of craft beers. 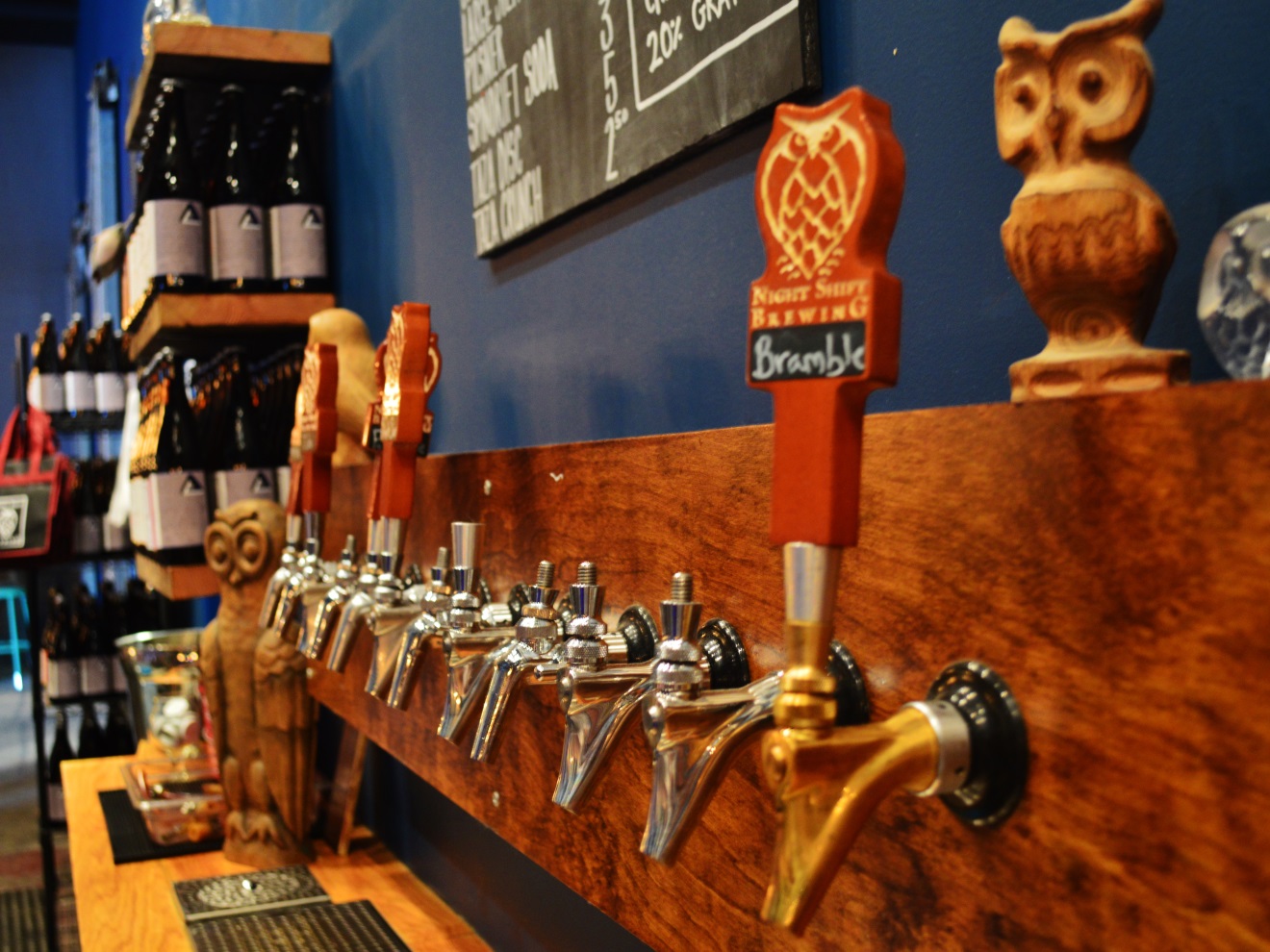 Night Shift Brewing’s selection can best be described as “refreshing.” Brewed in small batches, these beers feature unique, complex flavors, like Viva Habanera and Trifecta, which are available at numerous locations up and down the Massachusetts coast.
Making a trip to the area? Be sure to stop by Night Shift Brewing’s new home! Free tours and tastings are available on weeknights and Saturdays. No reservations are necessary – be sure to BYOF (bring your own food…and friends!) and make a night of it!
Salem Beer Works – Salem
Located in the heart of historic Salem is the Salem Beer Works. Since 1996, Beer Works has been making brews and serving food that, like its surroundings, has a little touch of magic.
Some of that wizardry comes from the way in which Salem Beer Works expertly pairs its beers with its food. Every month, they feature four special season beers and corresponding meals. Beer Works is currently featuring a cool, refreshing fruit theme, ideally suited to complement the summer weather that’s moved in. 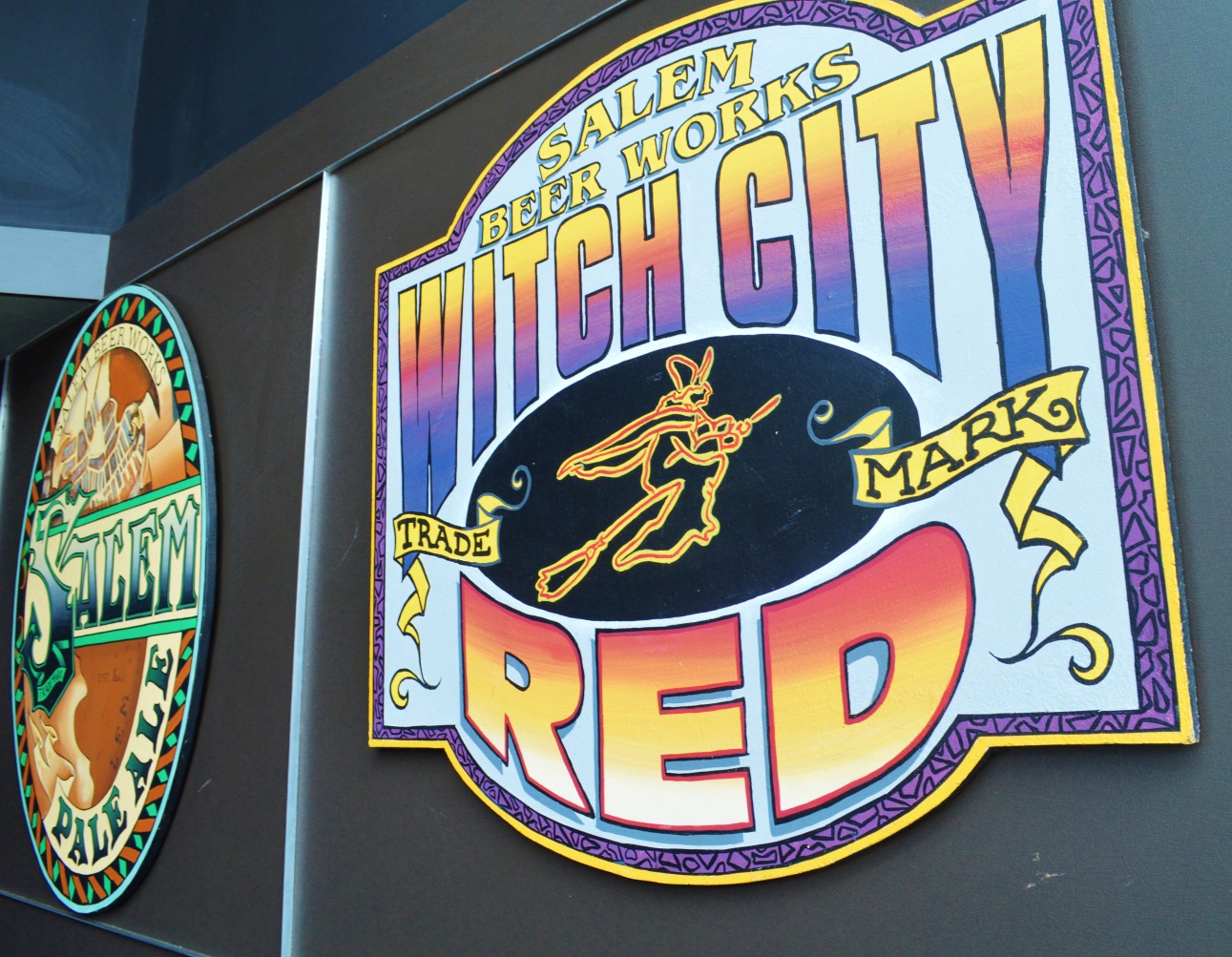 Salem Beer Works also brings its cuisine and refreshment offerings together through a delicious “recycling” process. After the brewing process, they are left with “spent grain,” which Beer Works has cleverly reused for their delicious doughball appetizers. What cannot be used of the “spent grain” for doughballs is given to local farms for animal feed, lending a helpful hand to the community.
Brewery tours and tastings at Salem Beer Works are available for groups of any size. Be sure to call ahead (978-745-BEER) and schedule your tour in advance.
Woodman’s of Essex – Essex
Where can you find what the Travel Channel calls some of the “World’s Best Fantastic Fast Food?” At Woodman’s of Essex, of course! A New England institution and family-owned operation, Woodman’s is currently celebrating its 100th birthday with a year-long honoring of scallops, lobster, and clams, as well as numerous special events. 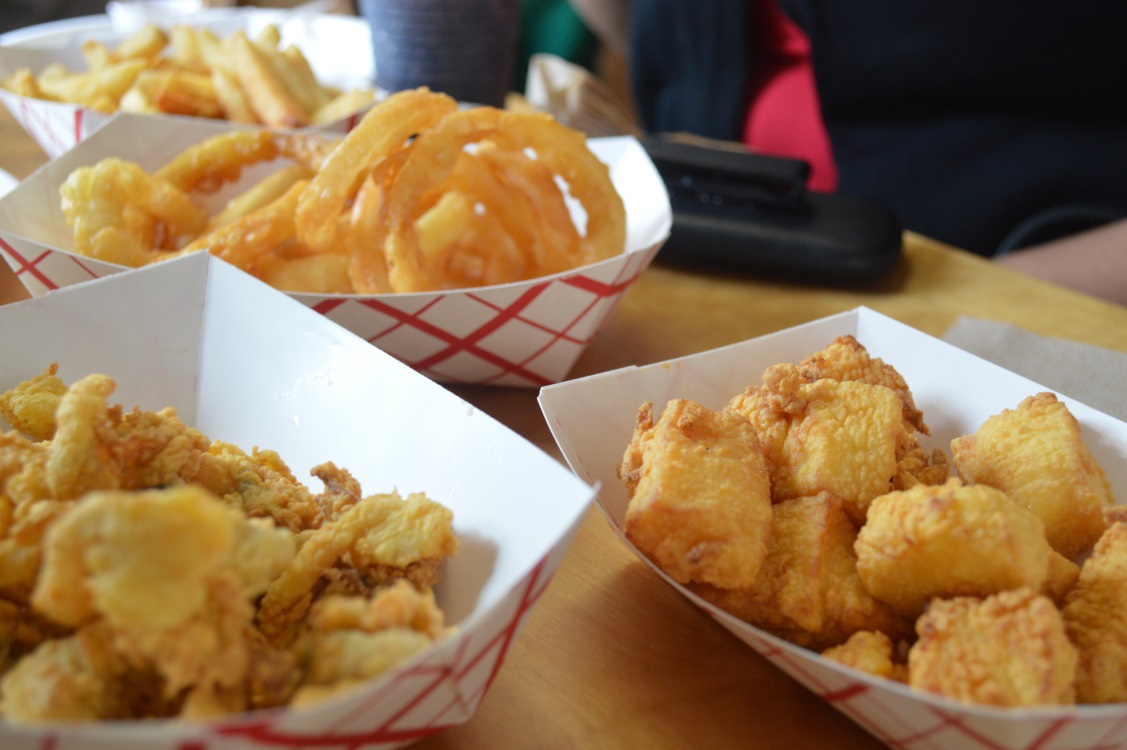 Enjoy succulent lobsters, tasty scallops, and delightful fried clams (invented by “Chubbie” Woodman himself in 1916!) and many other seafood treats from their gluten-free menu as you eat “in the rough,” as they say. Be sure to leave room for the onion rings, which enjoy their own series of accolades and have even been called the “Best in America” (a superlative well-deserved).
So, if you’re in Essex and craving something from the sea, be sure to stop by Woodman’s. Not in the area? No problem! Woodman’s offers fried clam kits, clambakes, and even lobsters shipped for FREE and guaranteed to arrive fresh at your door.
Ipswich Ale Brewery – Ipswich
Since 1991, Ipswich Ale has developed an impressive portfolio consisting of some of the finest brews in New England. Featuring a unique, natural brewing process that yields an unfiltered and unpasteurized product, Ipswich Ale’s ale has an excellent level of savory, flavorful freshness. 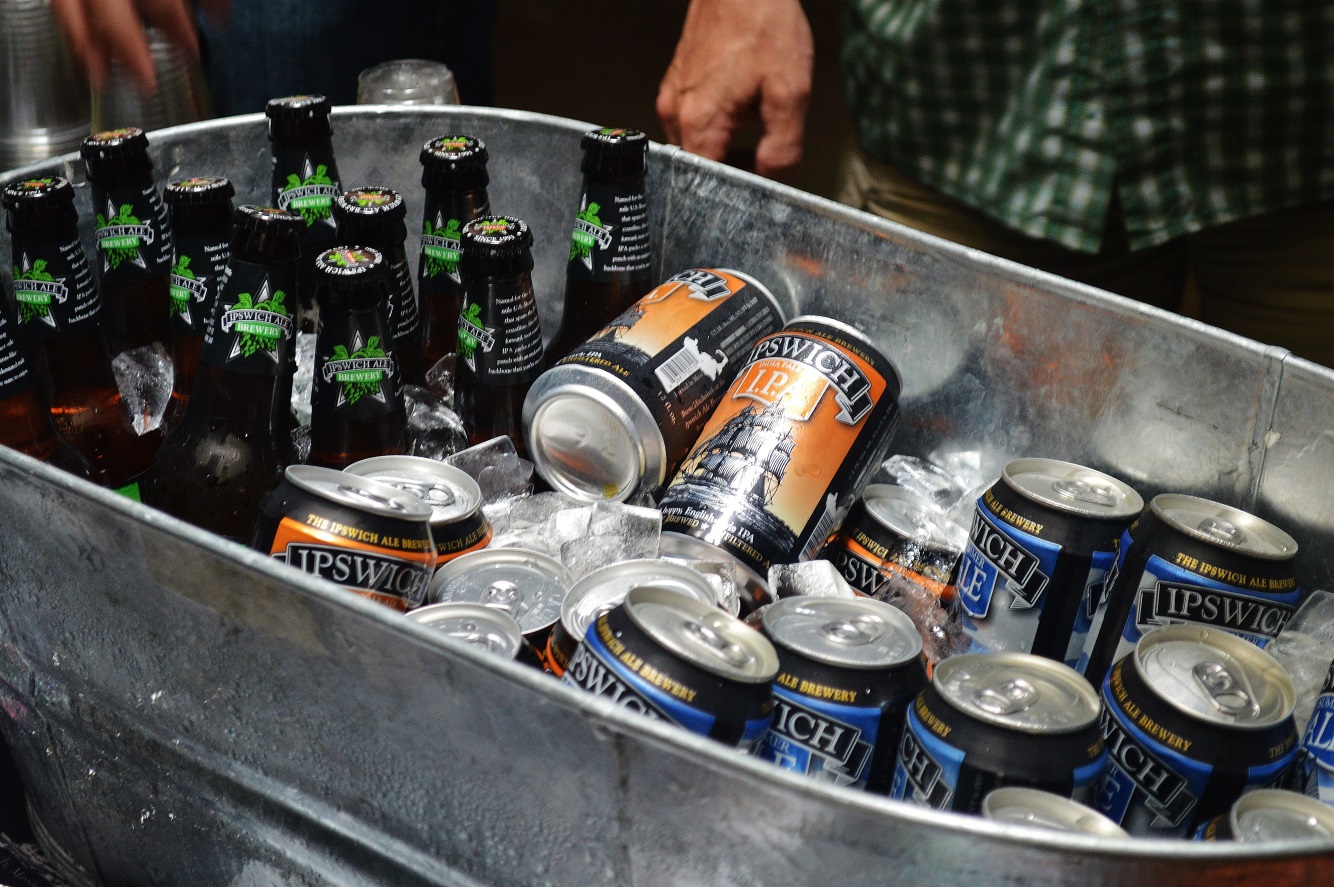 Ipswich Ale’s numerous brews are available throughout the eastern United States, from Maine to Florida. The brews will also be available at the Brewery’s new restaurant, set to open in fall 2014. If the beverages are anything to go by, we can expect the food to be fantastic as well.
Looking to throw the party of the year? There’s a Tapmobile for that! Ipswich Ale offers four trucks – tapped, ready to go, and available to rent for your BBQs, birthdays, corporate functions, or special events. All you have to do is pick what you want to drink.
J.T. Farnham’s – Essex
Recently named one of the 10 Best Clam Shacks in New England by Yankee Magazine, J.T. Farnham’s continues in the tradition of New England roadhouses serving up mouth-watering seafood. Eat in the rough as you enjoy unparalleled views of the Essex River, Eben Creek, and the Great Salt Marsh.
Whether coming by land or by sea (boats are more than welcome to stop by and anchor), J.T. Farnham’s has something for everyone. Their oversized dinner plates feature delicious French fries and onion rings, with generous helpings of a chicken, sandwich, or seafood entrée. For the waist-conscious, Farnham’s offers fresh garden salads featuring grilled chicken, scallops, lobster, or tuna.
J.T. Farnham’s is open 7 days a week, March through November. Be sure to keep up with them on their Facebook page for the latest Farnham’s news, and if you don’t have time to eat in, you can always call (978) 768-6643 to take out.
Cape Ann Brewing Co. – Gloucester
The Cape Ann Brewing Company is a family-owned craft brewery located in the heart of Gloucester. This brewery draws on local maritime history and the work ethic of today’s fishermen as inspiration for their products, many of which nod to those who work at sea.
A five-time winner of North Shore Magazine’s “Best of the North Shore,” the Cape Ann Brewing Company’s products have gained the brewery quite a reputation and are available at locations throughout New England, New York, Maryland, and Virginia. 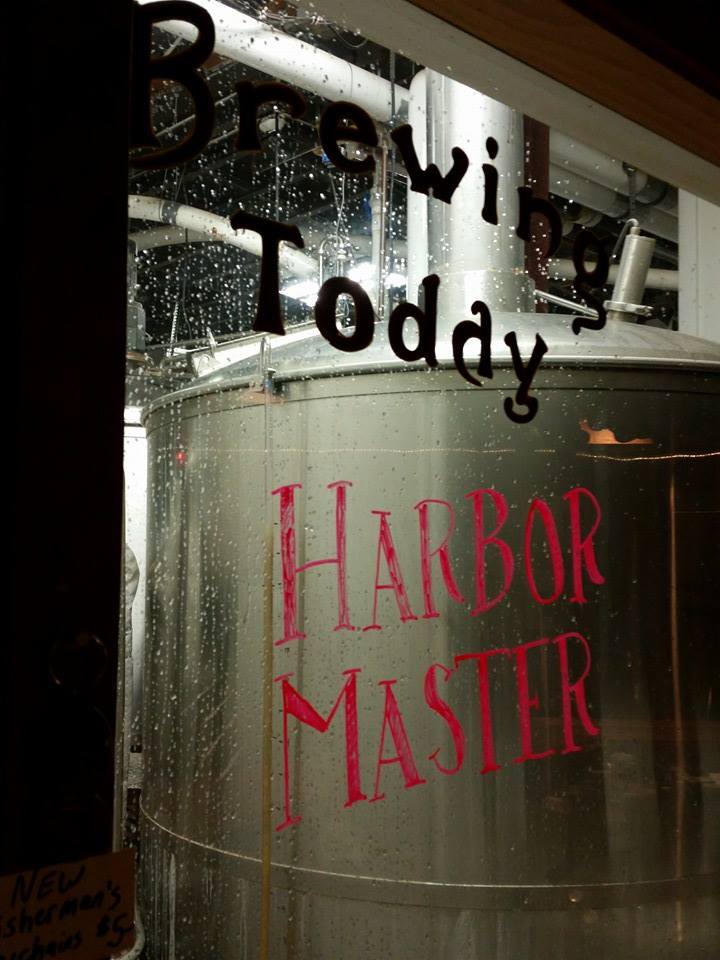 Photo: Harbor Master being made at Cape Ann Brewery

Free guided tours of the brewery are available Monday through Friday, 11 a.m. to 5 p.m., and are approximately one half-hour long (weekend tours are available by appointment). After your tour, enjoy a Fisherman’s Brew (an American amber lager with a bold flavor) as your sit out on the deck and watch the local fishing boats come in.
Lobster Pool – Rockport
For first-class food in a casual setting, look no further than the Lobster Pool Restaurant in Rockport.  Enjoy “the best settings… for sunset chow, inside or out” (New York Times Magazine) on Cape Ann as you dine on delicious homemade chowder, super sandwiches, tasty steamed clams, and scrumptious homemade pies.
Since 1954, the Lobster Pool has been serving seafood up to Rockport visitors and residents alike with the friendliest of service. The restaurant buys right off local boats, ensuring the freshest fare, and is also available to host lobster bakes, celebrations, and other special events.
The Lobster Pool is open Sunday through Thursday from 11:30 a.m. to 8 p.m. and Fridays and Saturdays from 11:30 a.m. to 8:30 p.m. You can also catch raw bar and bonfires Friday, Saturday, and Sunday nights!
Feeling hungry yet? Visit our website to explore these and more local breweries and seafood shacks on the North Shore. The hardest part will be choosing between a lobster roll with an ale or fried clams with a lager!
Kristina Smith is the Communications Coordinator at the North of Boston Convention and Visitor’s Bureau. To get in touch with her, send her an email at [email protected].