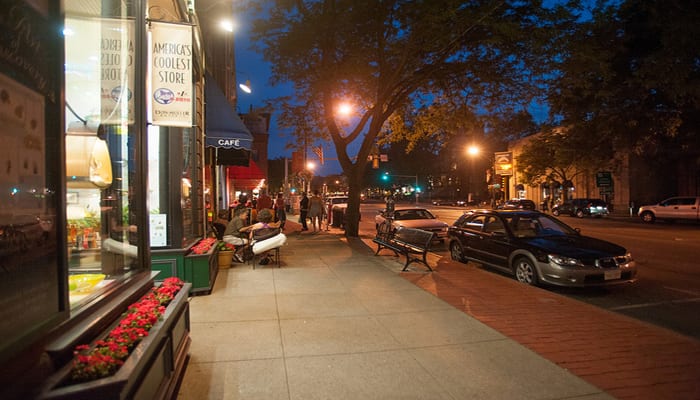 The New Year always brings about new opportunities, new resolutions and new places to explore! In Hampshire County, one of Massachusetts’ most picturesque regions, the end of 2013 and beginning of 2014 has introduced a number of new businesses, as well.

Abandoned Building Brewery
Abandoned Building Brewery is set to open this spring in a vintage, 1900s-era red brick mill factory building in Easthampton, Massachusetts. The owner, Philadelphia native and award-winning brewer Matthew Tarlecki, will focus on crafting ales with American and Belgian character, using hops from his hop field in Hadley and malts from Massachusetts’ only malt house: Valley Malt in Hadley, MA. The brewery will also have a tasting room for visitors, who can also expect to find Abandoned Building brews in restaurants and local bars around mid-March.
Opening: Spring in 2014.
Dobrá Tea
Dobra Tea is a new Bohemian style tearoom serving more than 100 hot and chilled teas, light vegetarian fare and tea ware in Northampton, Massachusetts. It is the seventh and most recent addition to the family of Dobra Tea houses founded by the Society of Tea Devotees, whose first tearoom opened in Prague in 1993. Each Dobra teahouse is independently owned and operated by trained Devoteas, who ensure that the highest standards of quality and service are maintained. Traveling to tea growing countries annually, Devoteas go great distances to source all of their teas directly from the regions of origin, which can explore further here.
Opened: December in 2013. 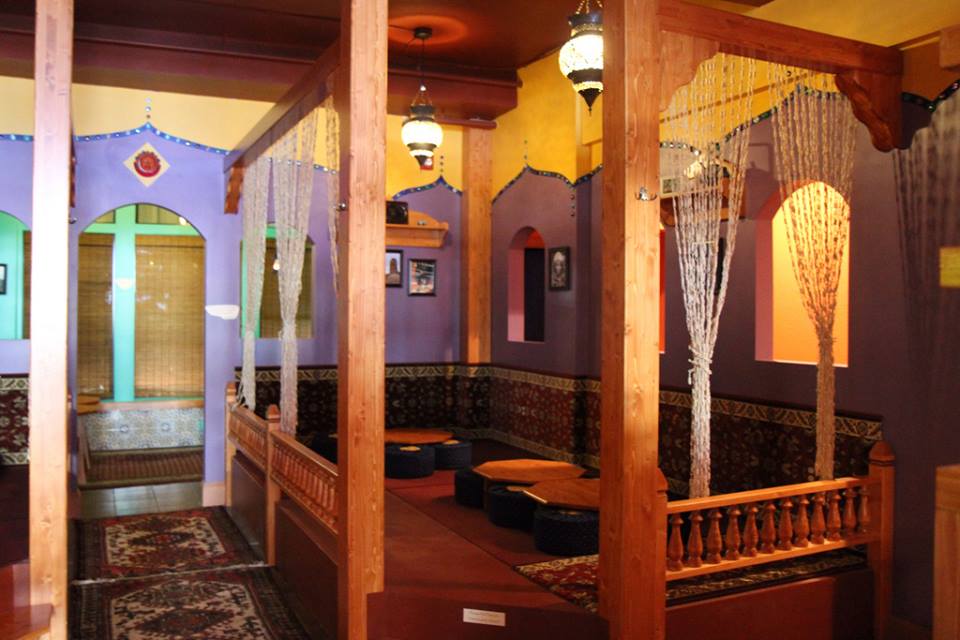 Galaxy is the newest restaurant by Chef Casey of the Apollo Grill at Eastworks in Easthampton, Massachusetts. Located at 60 Main Street in a repurposed jewelry store, Galaxy’s full of modern-vintage flair. Bright colors, funky lines, and a sparkling ceiling make for quite the dining atmosphere, while the bar makes for a most convenient post-dinner hangout spot.
Opened: January in 2014.
Good Stock Farm
After many successful years in the Milwaukee restaurant business and countless accolades, including a James Beard Foundation award, Chef Sanford D’Amato and wife Angie have relocated to Hatfield, Massachusetts, where they will operate a small cooking school at their homestead, Good Stock Farm.  Sandy has been teaching for more than 30 years at Sanford and Coquette Café, his restaurant in Milwaukee, and as a guest chef on bike tours and cruise lines all over the world. The cooking classes will draw from his 1000+ recipes, including those from his memoir, GOOD STOCK:  Life on a Low Simmer.
Classes begin: Summer in 2014.
Fort Hill Brewery 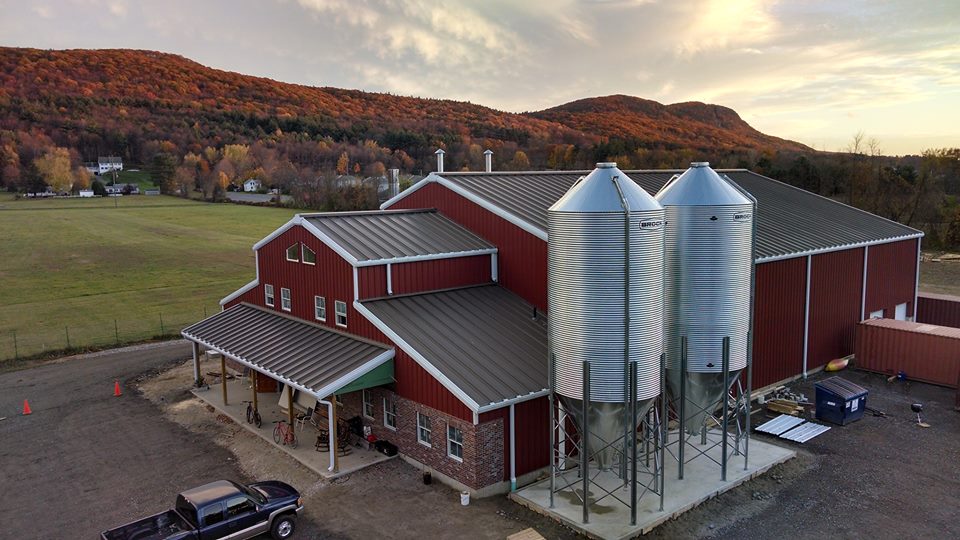 Housed in a newly built 9,5000-square foot building down Fort Hill Road in Easthampton, Massachusetts, Fort Hill Brewery is set to begin brewing on its custom brew system this spring and open its tasting room to the visitors soon after. Owner Eric Berzins will share his passion for lager varieties with thirsty passersby, who will get to enjoy beverages sourced from the most local ingredients, including hops from the brewery’s own on-site hop field.
Opening: Spring in 2014.
Fairfield Inn & Suites
The owner of the historic Hotel Northampton, Mansour Ghalibaf, will open a new Marriott Fairfield Inn & Suites in Northampton between spring and summer 2014. Adding 108 rooms to the region, the 55,000-square-foot Fairfield Inn & Suites will feature spacious guest rooms, as well as complimentary hot breakfasts, a 24/7 market, an indoor pool and a fitness center. The hotel will also be well situated for travelers, providing easy access to Interstate 91, with downtown Northampton within walking distance, too.
Opening: Spring in 2014.
The Quarters 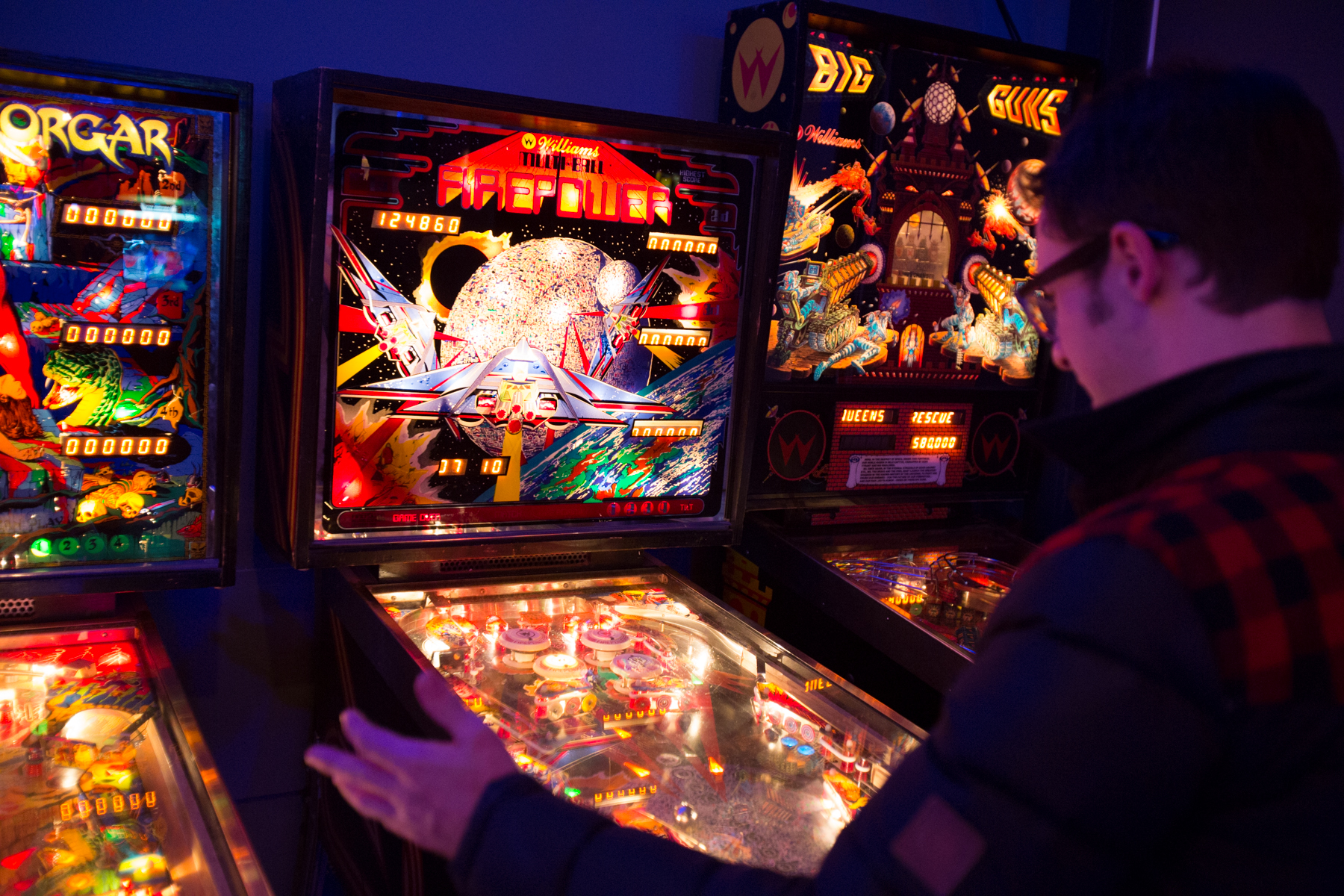 Miss the good old days at the arcade? The Quarters is a new bar in Hadley, Massachusetts, offering a selection of more than 20 vintage arcade games paired with creative food and drinks. Its game selection includes Galaga, Space Invaders, Ms. Pacman and three pinball machines. The Quarters is located directly off the Norwottuck Rail Trail, making for a fun stop during a summer bike ride or leisurely walk.
Opened: January in 2014.
Union Station Banquet Facility and Platform Sports Bar

New owners have begun work on revamping the former Union Station train depot, an iconic 1896 building off Pleasant Street in Northampton, Massachusetts, where high-speed Amtrak trains may soon stop several times a day. The space will house a modern banquet facility and a new restaurant, Platform Sports Bar, in addition to the two current businesses: The Deck, an outside, seasonal sports bar, and Tunnel Bar, a classic martini lounge on the lowest level. Union Station Banquet Facility will accommodate 200 people and Platform Sports Bar will be located in the back of the building, where the old train platform used to be.
Opening: Spring in 2014.
Melissa Breor is the Hampshire County Regional Tourism Council Communications Director. To learn more about Hampshire County, click here.