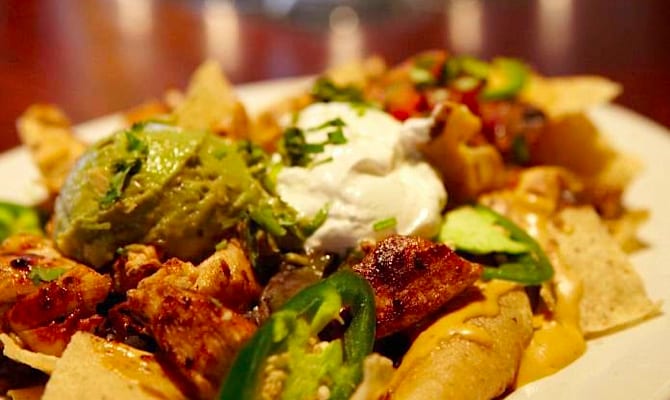 Posted by Kate Malhenzie, guest blogger of Boston on Budget

Eating out in and around Boston doesn’t have to be expensive. Whether you’re kicking back to take in a game on the weekend or just looking for a thrifty happy hour spot, there are lots of great dining deals across the city that will not have a big impact on your wallet. Here are six great food specials and when to score them:

Yard House (Boston, Dedham, and Lynnfield)
The Yard House has three Massachusetts locations and offers half-price appetizers and pizzas during select times. Stop in Monday through Friday from 3 p.m. to 6 p.m. or Sunday through Thursday from 10 p.m. to Close at their Fenway-Kenmore, Dedham, or Lynnfield location for their happy hour and late night dining deals. 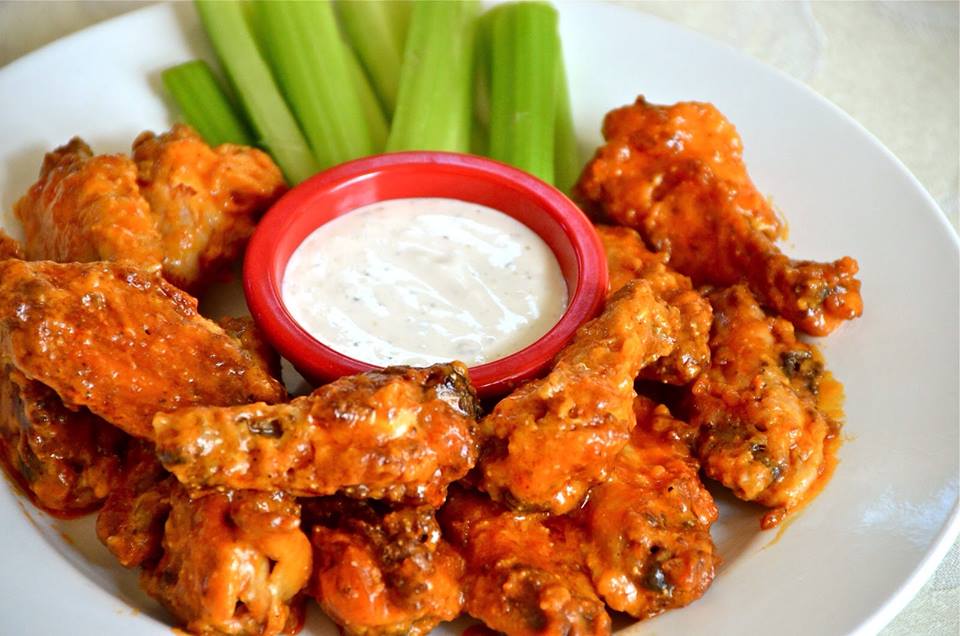 Pictured above: Buffalo Wings at The Red Hat via Facebook

The Red Hat (9 Bowdoin Street, Boston)
The Red Hat serves up some great cheap eats during the week and on Sundays. Stop into the Red Hat on Sundays from noon to 9 p.m. or Monday and Tuesday from 5 p.m. to 10 p.m. for wings for just 10 cents each! Wednesday and Thursday, Red Hat has half-price appetizers from 5 to 10 p.m. and a free cheese pizza with a beer pitcher on Wednesday nights. There are definitely some great deals at the Red Hat!
McGreevy’s (911 Boylston Street, Boston)
McGreevy’s in the Back Bay has some great food deals happening almost every day. During the weekdays they have half-off appetizers from 4-7 p.m. and $1 egg and cheese sandwiches on Sundays from 10 a.m. to 3 p.m. The best deal (in my opinion) is on Tuesdays from 4-11 p.m. for $1 cheeseburgers and Thursdays from 4-11 p.m. for $1 pizzas. If you want toppings on your $1 cheeseburger or $1 pizza, just pay between .25 to $1, depending on the topping. 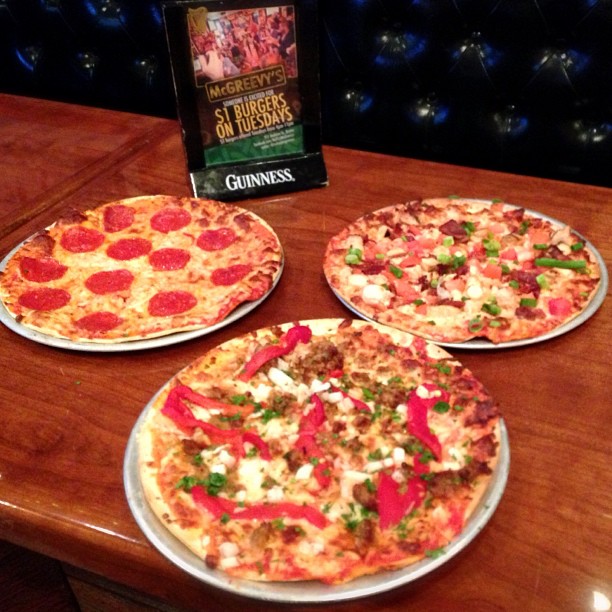 Melting Pot (76 Arlington Street, Boston)
Head to the bar at the Melting Pot from 5-7 p.m. on the weekdays for 50% off the bar menu. Select fondue items are also included on the bar menu, which can be a fun treat!
Bar Louie (Boston and Foxboro)
Bar Louie has a weekday Happy Hour special from 4-7 p.m. with select appetizers and flatbread pizzas for half price. Even better, sign up for Louie’s Crew, Bar Louie’s e-mail newsletter, for a free appetizer coupon sent to your e-mail a few days later!
Cafeteria (279a Newbury Street, Boston)
What time does this deal start? Stop by Cafeteria on Newbury Street for a $5 burger anytime, available the bar only! (Fries are around $4 if you want to make it a meal). 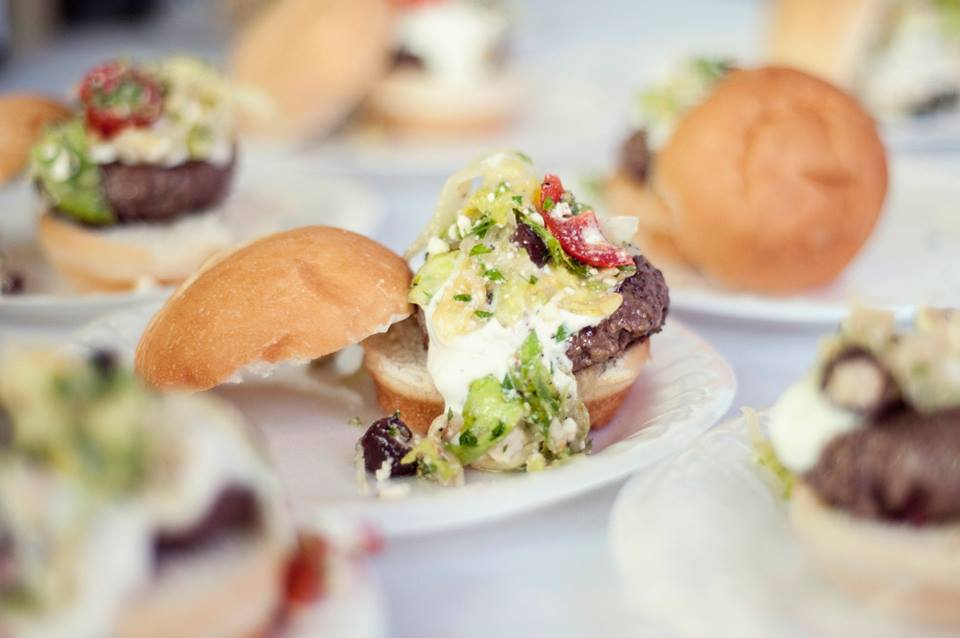 Pictured Above: Lamb Burger at Cafeteria Boston via Facebook


There are so many cheap eats options in and around Boston. Sometimes bars and restaurants do not advertise the special deals, so it’s always a good idea to ask, especially since deals can change quickly.
If you are looking for even more great food and beverage deals in and around Boston, head to Boston On Budget’s Cheap Eats page for the best deals every day of the week!
Kate is the founder and blogger behind Boston On Budget, a local blog that shares money-saving tips, ideas, and deals in the Greater Boston Area. Connect with her on Twitter, Facebook, and Pinterest.
Photo at the top of Nachos from Bar Louie via Facebook.