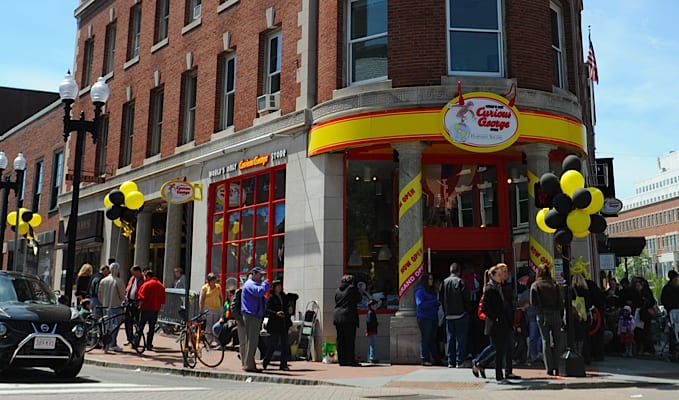 The world’s only brick-and-mortar retail store for everything Curious George is truly a one-of-a-kind destination store. 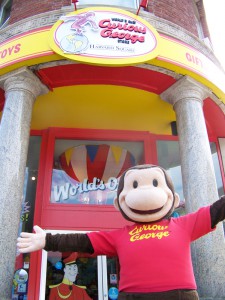 For those coming to Boston in search of unique experiences, owners Adam and Jamie Hirsch invite you to stop by, and rediscover your past, as families and children identify with their favorite storybook and TV characters.
Located in the heart of Harvard Square, just outside of Boston, The Curious George Store takes great pride in being a fun, educational, interactive and easily navigable store for young families, with unique and collectible merchandise suitable for all ages, and a wide assortment of children’s merchandise including unique books, eco-friendly toys, fun apparel and games.
Curious George himself even makes an appearance every now and then, too!
So, how did this all come to be?
Well, the world famous Curious George has a long history in the city of Cambridge, Massachusetts. Hans Augusto (H. A.) and Margret Rey originally created the character in the late 1930s while living in Paris. In the early 1940s, the Reys made their escape from Nazi controlled Europe, bringing with them their original manuscripts about a certain inquisitive monkey. Traveling from France, through Spain, Portugal and Rio de Janeiro, to at last settle in America, the Reys finally found a home with George. 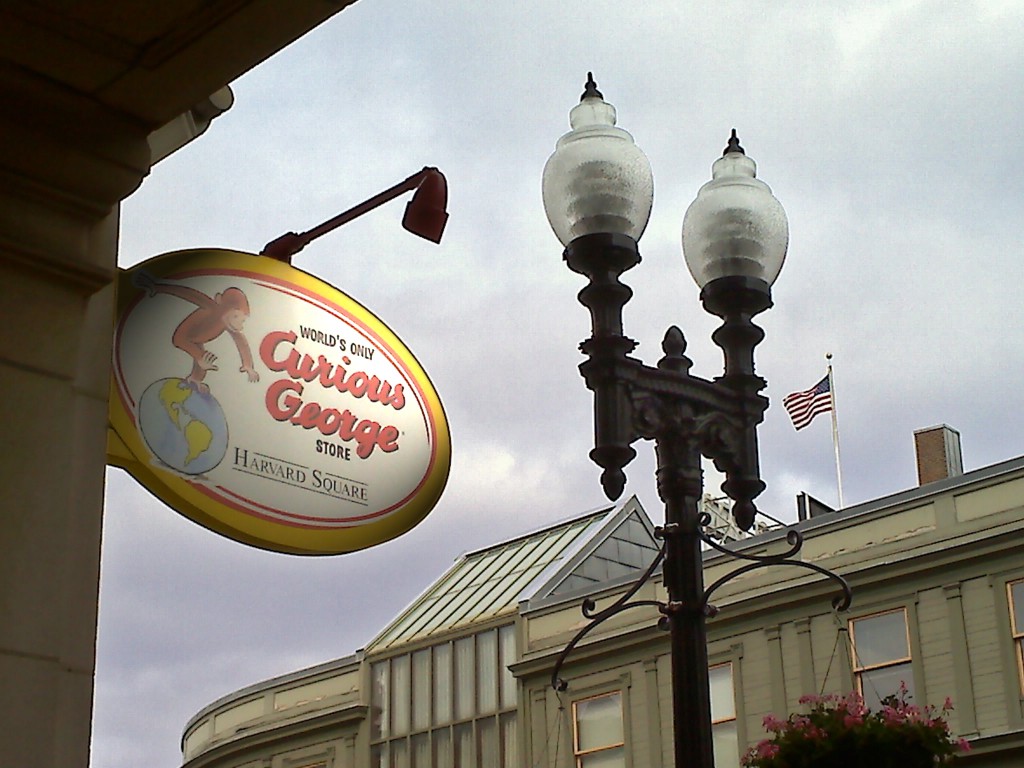 To learn more about why Harvard Square has been the home of Curious George for over 40 years, head on over to One JFK Street, Cambridge to discover all that the World Only Curious George Store has to offer. In the mean time, you can find them on Facebook, Twitter, Pinterest and YouTube.
P.S. Congratulations to The Curious George Store on being named the 2013 Best of Boston Toy Store awarded by Boston magazine!