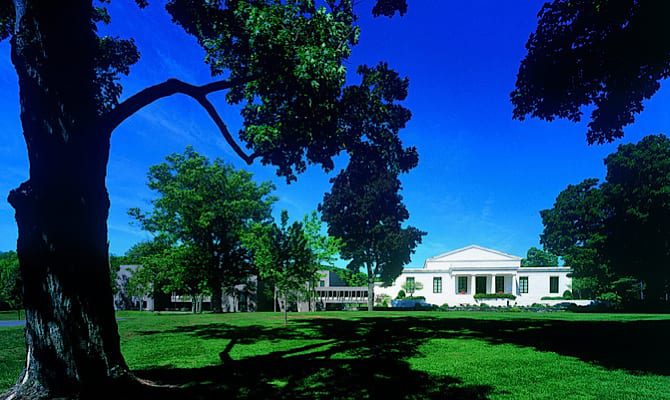 Looking for culture in the great outdoors? Look no further than two+ hours west of Boston, and my culture-crammed itinerary over the 4th of July weekend.
I had a blast in the Berkshires with another culture loving couple beginning with the opening night gala and festivities at Tanglewood, the summer home of the Boston Symphony Orchestra.
We had an evening of Russian-style culinary delights under a big tent, then strolled across the lush, hemlock-hedged lawn as twilight descended and ensconced ourselves in “the shed” for an evening of Tchaikovsky, with dazzling violinist Joshua Bell slicing through the withering heat led by Maestro Rafael Fruhbeck de Burgos.

Tanglewood is alive with all kinds of music — family and youth concerts, open rehearsals and lectures, popular artists performances from Esperanza Spalding to the Steve Miller Band.
There are also loads of delicious dining options in Lenox, or just bring a blanket and candelabra and sip wine on the lawn while listening to the score from West Side Story under the stars.
The next morning, we headed north to lovely Williamstown, and were enthralled by the Winslow Homer exhibit at the Sterling and Francine Clark Art Institute: oils, watercolors, drawings, rarely seen wood engravings and even a photograph or two. The man rendered reality, tactile and dramatic (“Undertow”), often with a shimmering beauty (“Playing a Fish”), hinting at something darker beneath. 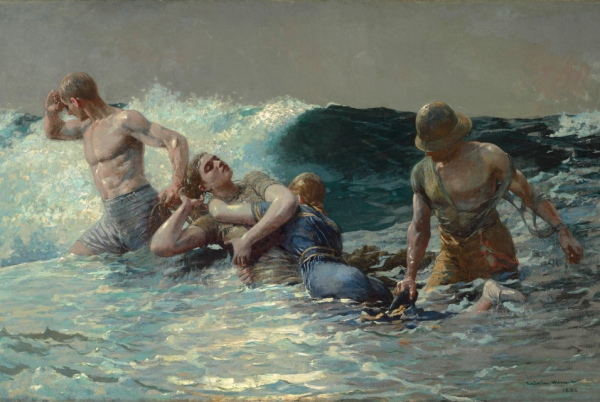 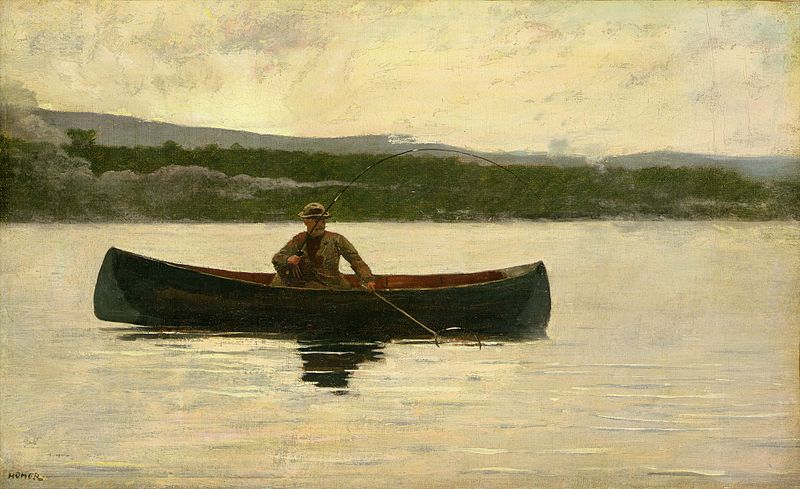 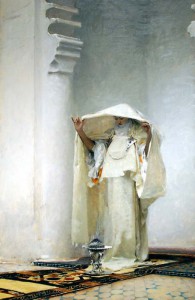 As I rounded the corner into the first gallery, I caught my breath at the sight of Sargent’s intoxicating Fumée d’Ambre Gris (pictured on the right). Additional works by Sargent, Renoir, Corot, della Francesca, Degas, Gainsborough, casually arrayed — some in clusters in one red room — were almost too much to take in. See Winslow Homer: Making Art, Making History through September 8. See the rest, anytime.
Revved up and raring to go, we headed east to North Adams for the giant factory-turned contemporary art museum: Mass MOCA with its sprawling spaces and stadium-sized gallery now housing Chinese artist Xu-Bing’s two huge flying Phoenixes (pictured below), rising from the metallic detritus of urban construction sites. We breezed through the witty/wacky “One Minute Film Festival,” and a retrospective of Sol LeWitt’s multi-colored patchwork canvases, almost vibrating off the walls. 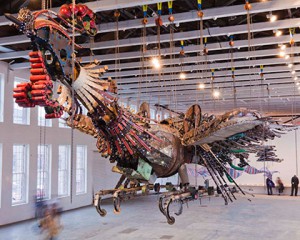 After a brief bite in the cafe to the tune of an 8-piece country fiddle band, we headed back to Lenox to catch my friend Annette Miller’s tour de force performance in Terrence McNally’s Master Class at Shakespeare & Company’s new Elayne P.Bernstein Theatre.
Miller is a force of nature; she has incarnated everyone from Martha Mitchell to Golda Meir with tremendous power, nuance, and authenticity. She tackles these practically one-woman shows with the emotional and psychic capaciousness of a woman who has lived, but has only just begun to tear up the joint. 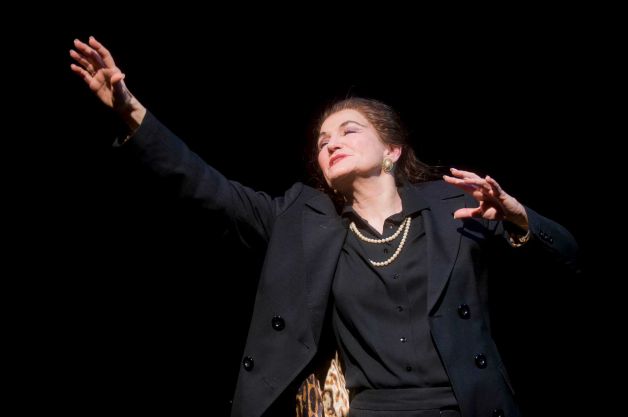 Here, directed by Daniel Gidron on a spare set suggesting a rehearsal space, Miller is THE opera diva of all divas — Maria Callas — giving a master class to graduate students before a live audience. We are, in fact, part of the show, and the show is a master class on Callas’s own life, music, acting, and every other art form, as well as our own lives and how we should live them: rooted in truth from the ground up.
Miller captures Callas ruthless scrutiny of her students and her unsparing assessment of her own vulnerabilities and extravagant talent. The script is a monster — demanding an enormous range of feeling, subtlety, humor and angst. Miller holds that stage and molds the material into a gut-wrenching manifesto on why artists matter — they inspire and enlighten us by their own uncompromising commitment to the truth. After the show at Annette’s gorgeous carriage house on the Edith Wharton estate, we sipped wine and I declared her performance extraordinary; at the curtain — I was spent; Annette, the artist, was exhilarated. Such is the difference between us. Don’t miss Master Class through August 18th.
And that’s not all. 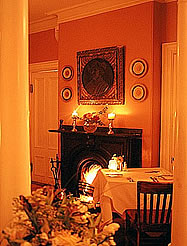 On the way home, we homed in on one of the rockin’est retro country inn & restaurants ever: VIENNA in Southbridge Mass (pictured to the right). Just off the pike, five minutes from Sturbridge, the VIENNA is a charmingly ramshackle white clapboard, black-shuttered house with a wrap-around porch. Immediately inside is a tiny gem of a carved, dark wood bar, all crystal and candlelight; off it are three cozy parlors with fireplaces, white linen, and wait staff in “fraulein” garb serving Austro-Hungarian cuisine!
There, under a portrait of  Emperor Franz Josef, on a table decorated with a violin and a silk scarf, we dined on tafelspitz and wild boar shank, roast duck and German chocolate cake, schnitzel with noodles and horseradish cream — these are a few of my favorite things… Admittedly, this would all be even more divine on a crisp autumn evening, but it was absolutely delicious. The wine flowed. We giggled at our great good fortune, and our thoughts strayed toward Strauss waltzes.
Before leaving we met the chef who cooks these family recipes, his lovely wife who serves them, and the perfectly-coiffed “Skeeter” — a tall silver-gray sweetie of a poodle and former rescue dog who calls “The Vienna” — home. We know we will return.
Believe me when I tell you — what we experienced was but the tip of the proverbial iceberg; there was three times as much to do, see, and eat everywhere we went. And then some. Westward Ho — and be amazed. Whew.
Joyce Kulhawik  best known as the Emmy Award-winning Arts & Entertainment Critic for CBS BOSTON, is currently President of the Boston Theater Critics Association, and member of the Boston Society of Film Critics. Kulhawik also appears on WGBH TV & radio, and writes for WBUR’s the ARTERY and EXHALE magazine. You can find Joyce’s reviews online at her website JoycesChoices.com!
For more on all that the Berkshires have to offer, including where to stay, what do to and see, click here.
This post was originally featured on Joyce’s Choices.