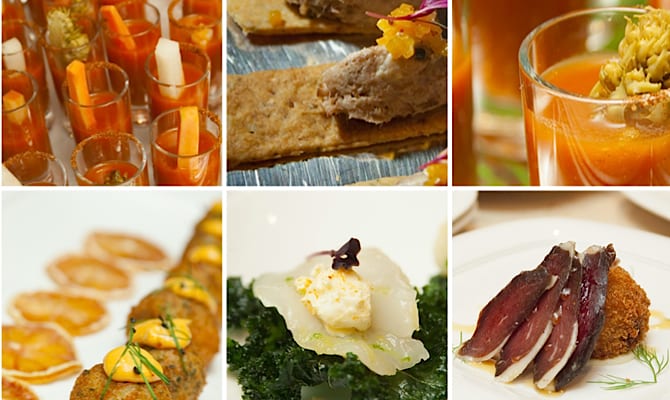 Last summer, I spent a couple of days in the Berkshires, long a cultural and pastoral respite for city folk from Boston, New York and elsewhere. During that time, I dined at The Red Lion Inn (30 Main Street, Stockbridge, 01262-0954) a 5-hour long evening that my dinner companion called “epic.”  Epic perhaps, but definitely epicurean.

As summer continues to unfold, Labor Day approaches and leaf peeping is a much hoped for venture, some friends who are going up to enjoy all that the culture that the Berkshires has to offer asked me what culinary treats might await them. 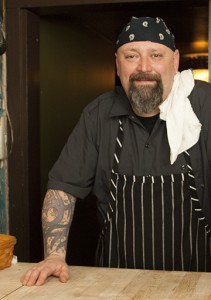 After the epic dinner at the Red Lion Inn, I made it a point to attend a dinner that Chef Brian Alberg created at the James Beard Foundation House. The six course extravaganza, which Alberg described as “ dry-, wet-, salt- and smoke-cured courses which preserve the bounty of the Berkshires and Hudson Valley,” was accompanied by paired wine pours for each course, selected by Dan Thomas, the Sommelier of the Red Lion Inn.
The festivities were officiated, with equal doses of hilarious stories and earnest information about the food and its ingredients, by Nancy Thomas, the proprietor of the Mezze Group (and owner of Mezze Bistro + Bar, 777 Cold Spring Road. Williamstown, and Allium Restaurant + Bar, 42 Railroad Street, Great Barrington), the latter of which was also represented in an addictive series of Daire Rooney’s hors d’oevres; standouts such as East Mountain pork belly rillettes, a BerkShore Massachusetts day boat salt cod fritters with preserved lemon & harissa aoli, and a melon ball-sized treat that was of such delicate crust and softly salty interior that I saw some of experienced chefs and food writers stationing themselves at or near the open prep kitchen, where I was wedged into a corner, originally for viewing purposes, but enjoying the perk of sneak treats.
Officially entitled “The Berkshire Cure-All,” the event highlighted culinary talents and farm-to-table efforts of the Berkshire and Hudson regions with foods prepared using time-honored preserving and curing methods.
With him, Alberg brought 6 friends whom I am going to dub Brian’s Best Berkshire Buds. A group of besuited benefactors of the event (Alberg is President of Berkshire Grown, on whose board Thomas also sits, an organization dedicated to promoting the support of local farming and strengthening the relationships between local farmers and restaurants) found their way into the kitchen. There was also a staged a dine-in in the kitchen, with a particular focus upon the knockwurst with Foggy River Farm rutabaga sauerkraut and pickled mustard seeds, which gave a pleasant zing. 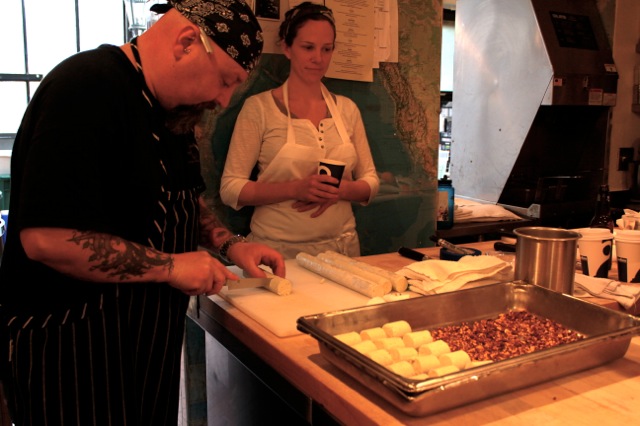 For the first seated course, Terry Moore, the chef of Old Mill, offered a New England day boat halibut gravlax-style with mustard dill sauce and potato salad, reminiscent of a typical Danish gravlax.
Editors Note: Old Mill is located at 53 Main Street, Egremont, MA. Click here to see their current menu.
Stephen Browning, of Bell & Anchor, offered a chacuterie; owner Mark Firth (who happened to be sitting next to me) offered the most important tidbit — he was a long-time resident of, and restauranteur in, Brooklyn, from which I originally hail, and to which I would like him to return (no disrespect to the Berkshires).
Editors Note: Bell & Anchor is located at 178 Main Street, Great Barrington, MA. Their menu changes daily, so for an idea for what’s cooking, keep up-to-date with their Facebook page. 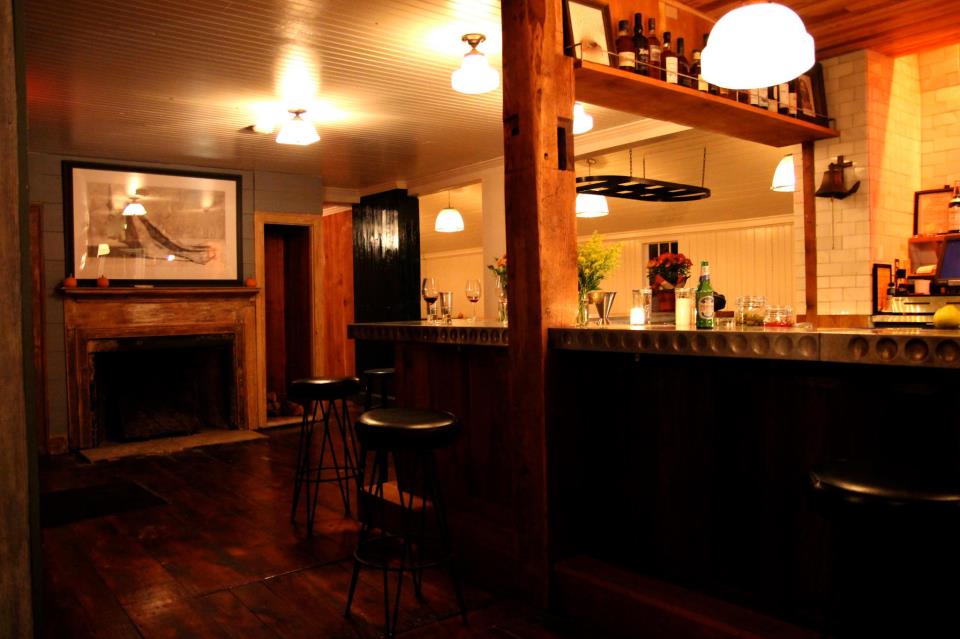 A black queen Angus Farm grass fed tenderloin with Kinderhook Farm pasture raised mutton was accompanied by celeriac (of which I became a staunch fan while participating in a CSA) and parsnip jam (that kicks the you know what of mint jelly, in this author’s humble esteem) came courtesy of Jamie Paxton, of The Meat Market (389 Stockbridge Rd., Great Barrington).
Zee Vassos, of Firefly, presented a Hudson Valley Moulard duck served with duck confit arancini and a citrus dressing, after which Dan Smith of John Andrews: A Farmhouse Restaurant, presented Lila Berle’s house cured “lambcetta” with picked “foggy” River Farm vegetables and Equinox micro greens.
Editors Note: Firefly is located at 71 Church Street, Lenox, MA. Click here to see their current menu. You can also find Firefly on Facebook.
Editors Note: John Andrews: A Farmhouse Restaurant is located at 224 Hillsdale Road, South Egremont, MA. You can browse their menus here, and also find them on Facebook.

As for Brian Alberg, he offered the piece de resistance — an Old Chatham Shaker blue cheesecake with honey (this wildflower honey came from Jan Johnson, who opened Berkshire Wildflower honey after retiring from the practice of law), a candied walnut crust, Serrano style crisps and Berkshire Mountain Distillers rum hilltop orchard cider caramel. This was the first time I, a lover of a New York or Italian cheesecake, had ever had a savory rendition of cheesecake, and was entranced by it.
Alberg is a fine collaborator and mentor (I say this as one who has won a Faculty Member of the Year Award and successfully mentored a number of students to win prizes). He combined established Berkshire restaurants and their restauranteurs (such as Thomas), while nurturing the new (Bell and Anchor, for example, is barely a year old).
The folks to whom I waxed lyrical about this meal, its chefs and their respective restaurants would have been expected to do a culinary tour (which I expect they shall). The delightful surprise, thanks to Alberg & Company, is that they also want to toodle around to the farms whose ingredients I raved about. This they plan during leaf-peeping season, after they have done the culinary tour of the restaurants established and emerging. 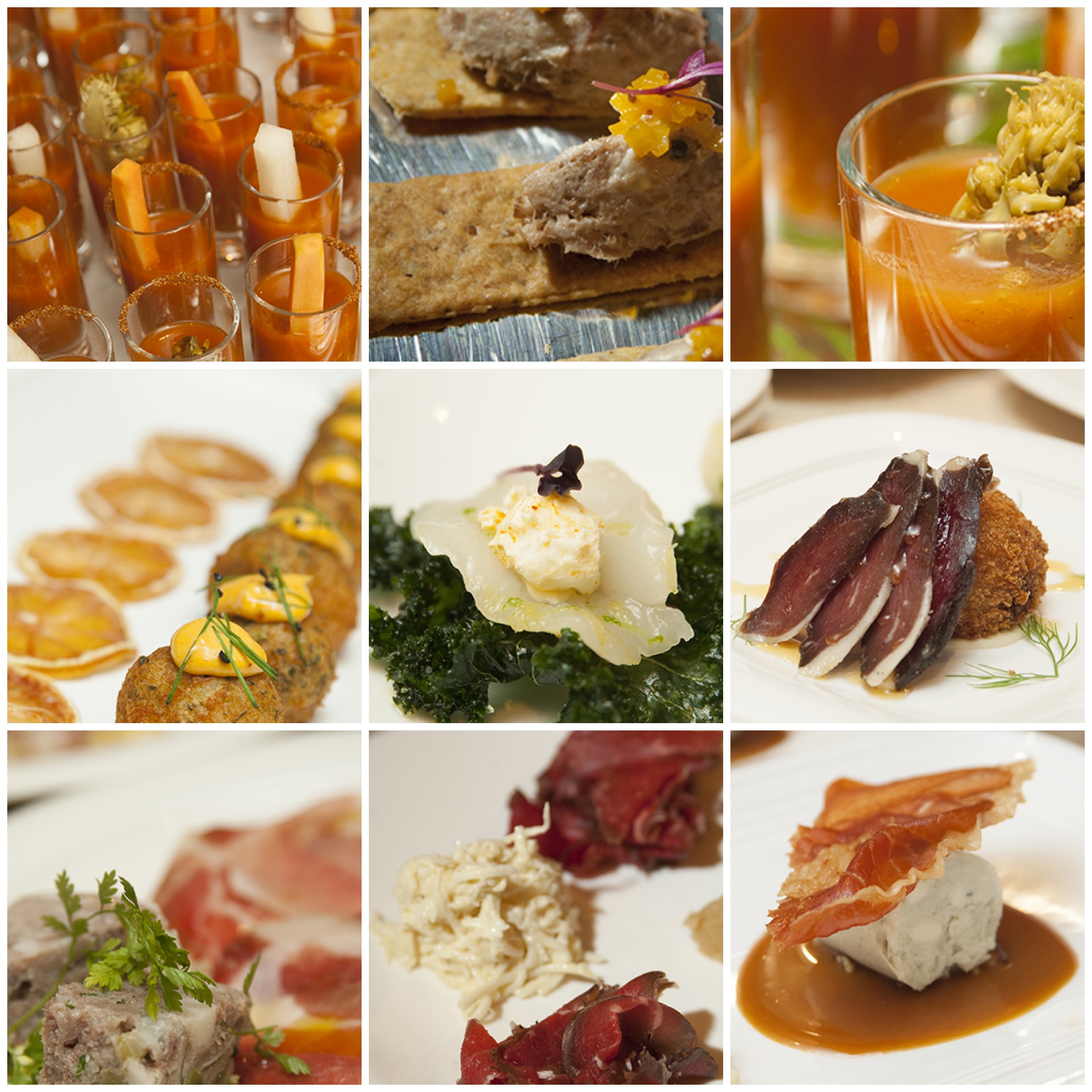 For more on what makes Massachusetts the perfect destination for your next culinary adventure, visit www.massvacation.com/eat.
Demetra M. Pappas, JD, MSc, PhD currently teaches in the Department of Sociology and Criminal Justice at St. Francis College, where she was named the 2012 SGA Faculty Member of the Year. She writes about travel, dining, theater and the arts, history, and also engages in academic writing regarding criminal law, sociology, criminology and legal studies. You can find her on Twitter @DemetraPappas.